A large Israeli study proves that doctors need to practice what they preach. Physicians who take the time to get a flu shot or a mammogram are more likely to convey an attitude that influences their patients to do the same.

“It was the first time we showed this using real data,” says lead researcher Dr. Shlomo Vinker, chairman of the Israeli Association of Family Physicians. Previous studies on this topic depended on verbal interviews with doctors, which do not always produce accurate results.

Vinker practices in the Clalit system and works in its department for measuring the quality of services at its community clinics and hospitals.

The study was his own initiative, but Clalit allowed his team access to its database.

“Although much has been written about the potential power of the association between physicians’ personal health practices and those of their patients, objective studies of this relationship are lacking. We investigated this association using objectively measured health care indicators,” the study introduction states.

The researchers assessed 1,488 primary care physicians and more than 1.5 million of their adult patients for eight screening and vaccination practices (the physicians were also Clalit member patients).

Doctors were included in the study if they fit certain parameters, such as working in the same clinic for at least two years and maintaining solo practices.

“It was amazing to find that for each criteria, when the physician does something for himself, his population does better,” Vinker tells ISRAEL21c.

Patients whose physicians were compliant with all eight preventive practices were five percent more likely to have undergone the same procedures than patients of noncompliant physicians.

“We found a consistent, positive relation between physicians’ and patients’ preventive health practices,” the study concludes.

The takeaway message? “Objectively establishing this healthy doctor-healthy patient relation[ship] should encourage prevention-oriented healthcare systems to better support and evaluate the effects on patients of improving the physical health of medical students and physicians.”

Vinker explains that the idea for the study came from Canadian physician Erica Frank of the University of British Columbia’s School of Population and Public Health. Speaking with Israeli peers a few years ago at a London medical meeting, she revealed her theory about doctors’ habits and their effect on patients.

“She believes if you are a healthy doctor you influence your patients to be more healthy,” says Vinker. “She teaches this in the university to medical students.”

The notion intrigued Vinker, who tells ISRAEL21c that he is always on the lookout for ways to maintain the steady pace of health quality improvement in Israel over the past decade.

“First we did small-scale research, and then nationwide research including all patients and physicians of Clalit that met the inclusion criteria,” he says. 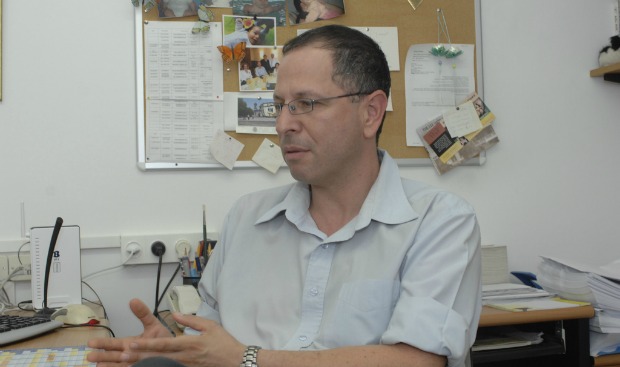 “We didn’t speak with physicians; we just looked at data for each indicator and divided the population into two groups: those who did the preventive procedure and those who did not. We found a five percent absolute difference between patients of each group.”

He speculates that this is so because if a doctor thinks a certain screening or vaccine is important, this attitude will rub off on the patient.

“If I believe, as a doctor, in the importance of doing mammography or colorectal screening, I will convey that to my patients,” says Vinker. “For example, I have a popup for every patient that didn’t get a flu vaccination. I can simply close it, or I can encourage them to do it. This holds true also for early cancer detection, blood pressure and other screening procedures.”

It is possible, he admits, that the results do not account for the scenario that patients may have left the care of a doctor who pestered them to get their shots and screenings. “Still, we believe it is an important finding.”

The next step is doctor education. The researchers found that, like typical patients, physicians find it hard to carve time from their busy schedules to get checkups and screenings.

“It’s easier to indoctrinate about the importance of something to 2,000 physicians than to 8 million people [comprising the population of Israel],” Vinker points out. “We know we have to make a bigger effort to encourage physicians to have healthful habits, and we can do this in medical school and in continuous medical education to achieve better compliance among patients.”

The results have implications not just for Israel but across the world. “Dr. Frank came with these observations from Canada, so on the other side of the Atlantic this phenomenon also exists,” says Vinker. “We believe it is universally true, because doctor-patient relations are universal.”