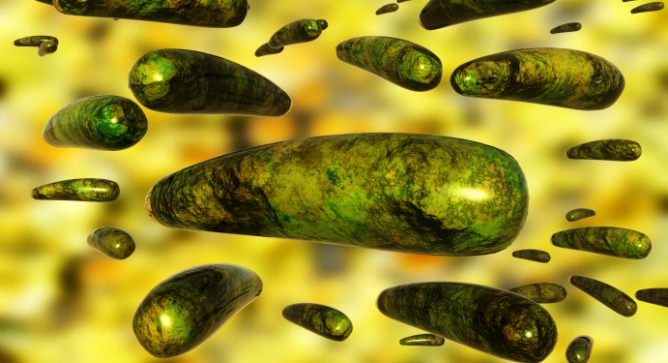 Viruses can outsmart the immune system. Image via Shutterstock.com

Our immune systems are equipped with “natural killer” (NK) cells that recognize and eliminate influenza-virus-infected cells in order to keep the virus from spreading.

If NK cells always worked perfectly, nobody would get sick with the flu. Obviously, something can go wrong because many people do get flu. Israeli doctoral student Yotam Bar-On tackled this mystery, and his findings could lead to a whole new way of treating this sometimes deadly viral infection.

“A few years ago, my supervisor, Prof. Ofer Mandelboim, discovered that NK cells are important in fighting flu infection,” Bar-On tells ISRAEL21c. “However, when we infected mice with influenza virus, we found that the virus can manipulate the NK cells and evade getting killed. The NK function is not 100 percent because the influenza fights back.”

In their lab at the Hebrew University of Jerusalem, Bar-On and Mandelboim were able to identify the weapon that the virus uses to battle the body’s natural killers: It’s a protein called neuraminidase, and it effectively neutralizes receptors on the NK cells that are responsible for detecting influenza-virus-infected cells.

As they reported in an article published in the journal Cell Reports, the flu virus uses neuraminidase to cut the function of NK cells to about 50% of their normal effectiveness. 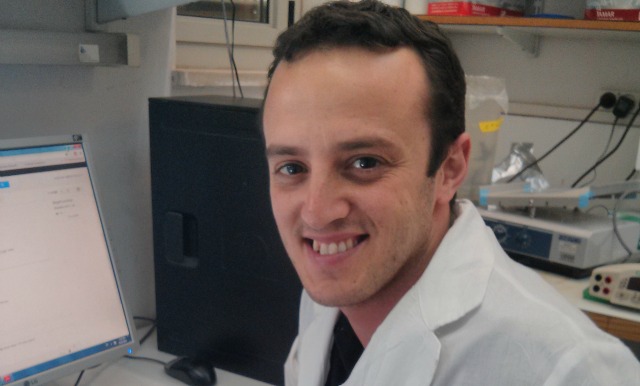 PhD student Yotam Bar-On is seeking a new way of treating the flu. Photo courtesy of the Hebrew University

“Most interestingly, when we inhibited the neuraminidase we noticed the NK worked better, and the mice actually recovered from the flu,” says Bar-On. “So we proved the ability to defend against the influenza virus by inhibiting this protein.”

Emergence of new influenza strains, such as the avian flu (H5N1) and swine flu (H1N1), lead to severe pandemics across the world. Recently, a deadly avian influenza strain (H7N9) in China caused the death of six people in one month. Medical experts are frustrated that many flu strains have become resistant to existing antiviral drugs.

Bar-On and Mandelboim’s discovery sets the tone for developing new treatments to help the immune system’s natural killer cells do their job better.

“Right now, existing drugs work to inhibit a different protein in the flu virus to inhibit the spread of the virus, but their disadvantage is that the virus can mutate and evade the effects of the drug,” Bar-On explains. “You then get a resistant strain.”

The Israelis’ idea is to inhibit neuraminidase in order to allow the NK cells to function at full strength. “It will be much harder for the virus to evade this new kind of treatment,” says Bar-On, 30. “Under the supervision of Prof. Mandelboim, I am now working on a more practical approach to develop such a drug.”

Mandelboim, a professor of general and tumor immunology at the Institute for Medical Research Israel Canada (IMRIC) at the Hebrew University Faculty of Medicine, recently won a joint grant from the Juvenile Diabetes Research Foundation and the Israel Science Foundation for his work with Angel Porgador of Ben-Gurion University of the Negev to develop an antibody that would block a receptor used by NK cells to destroy insulin-producing cells in the pancreas.