One of the best ways to learn how to speak a foreign language is to sing it.

That’s the philosophy behind Singit, a software program to teach English using the power of music.

The company is the brainchild of Michael Peled, who struggled with dyslexia from childhood.

When he told his father he couldn’t learn English, his father, who was also dyslexic, told Peled that he learned English by listening to John Lennon and Bob Dylan songs.

Peled eventually channeled that helpful insight into a learning app to help Israeli students increase their confidence in speaking English.

Today, the Israeli Ministry of Education uses Singit to teach English to 60,000 students in grades 5-9 across 800 Israeli schools. 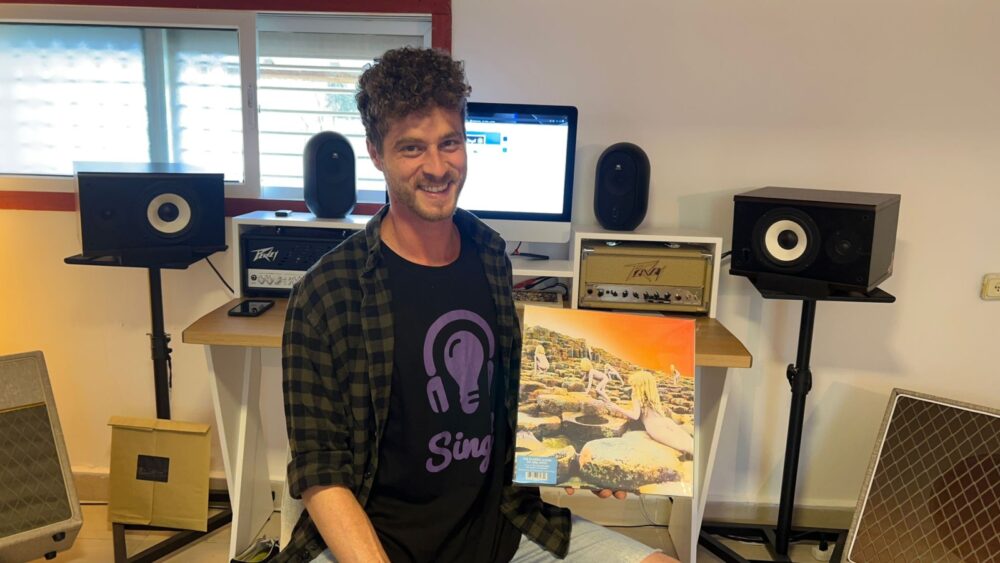 Israeli children are often bopping to the beat of music in English, sometimes mumbling the words, and not always understanding the lyrics. Singit uses the songs kids like to listen to, providing questions for learning vocabulary and meaning. The students can follow the lyrics on a screen and click on words to see translations.

The app allows them to repeat a word, only moving on to the next word if they pronounce it correctly. Peled said it’s a way for them to learn English while enjoying themselves. 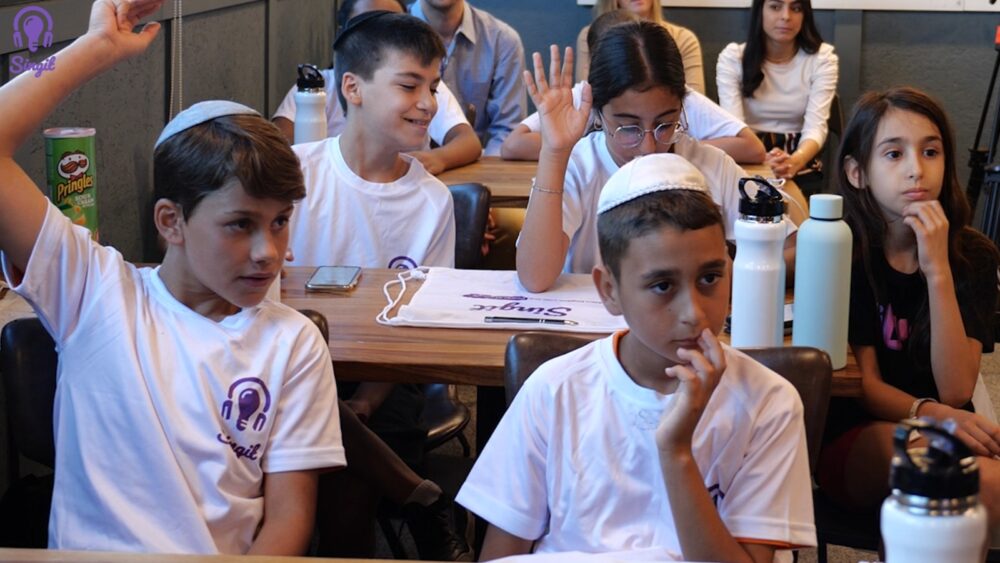 In the classroom, teachers can use songs of their choosing for their curriculum. At home, students can follow their own musical tastes.

The company now has its sights on selling Singit via a monthly subscription plan to individuals as well, and in other countries.

While Singit is designed for all students, an all-audio version is geared especially to teach English to students with dyslexia or attention disorders. 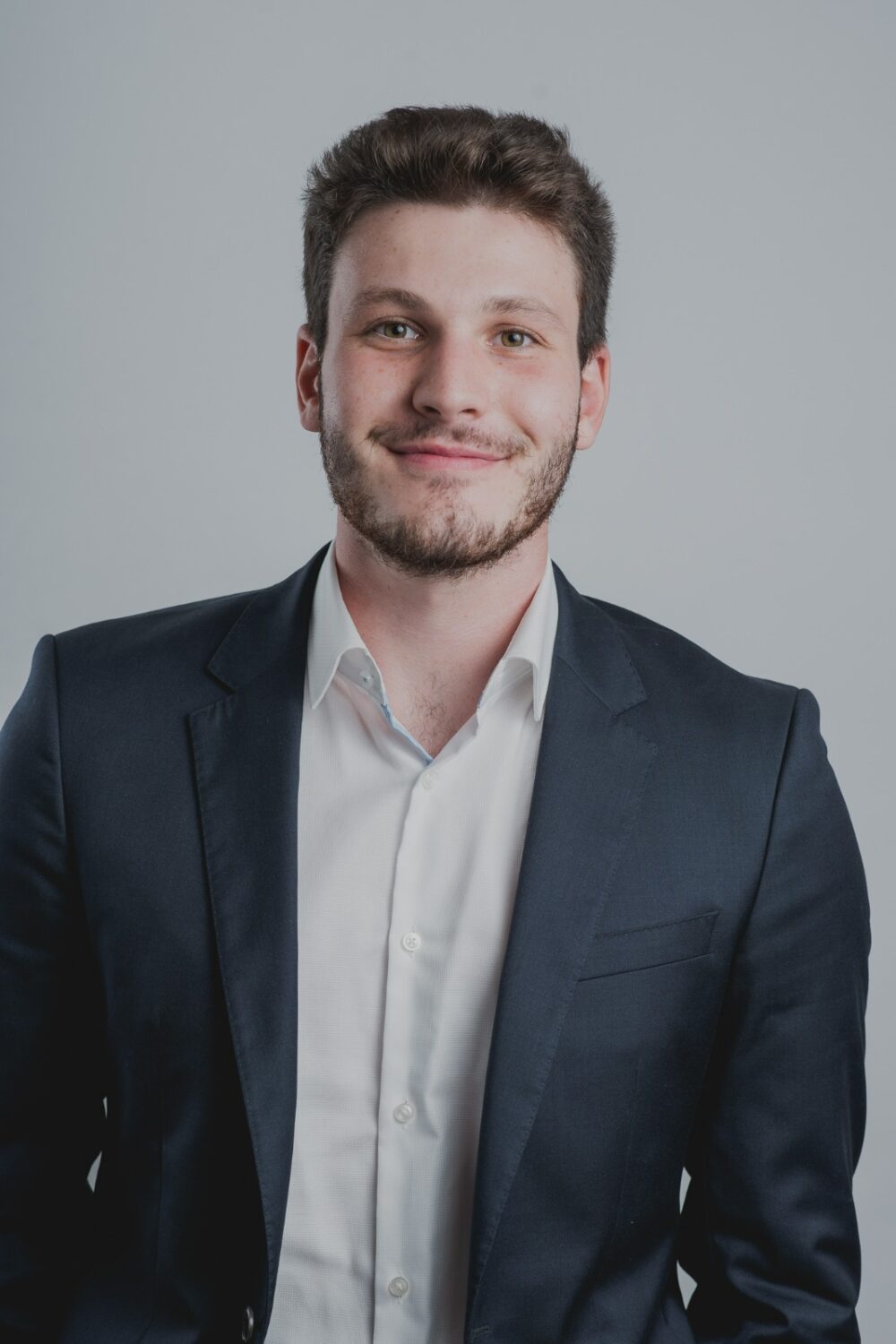 Singit Customer Service Manager Adir Laebo has a tale similar to Peled’s. He had ADHD and “couldn’t sit tight and listen in class.”

“I remember coming home and crying my eyes out,” Laebo said.

He told his family that he couldn’t learn English, and his grandfather started playing Led Zeppelin on the stereo.

“He gave me the vinyl record with the lyrics on the back and I started listening and following the lyrics,” Laebo said. “I still remember it was the song ‘No Quarter,’ and I fell in love with the music.”

Despite Peled’s early struggles in English, he graduated high school with honors and served in an Air Force cyber unit. At Weizmann Institute’s Program for Gifted Students, Peled developed a platform that later became Singit.

Using seed money saved from his work in venture capital, Peled founded Singit in 2019 with Benny Rosner, his former commander in the army, who serves as the company’s chief technology officer.

In 2020, the Ministry of Education adapted Singit’s program. The company now has 13 employees.

Learning without realizing it

Singit’s two competitors are Duolingo, which is geared to adults, and Lingopie, an Israeli video-streaming platform that enables viewers to learn different languages while watching television shows and movies.

Peled said that the company’s data shows that average students learn 200 new words through the app during the school year, and others can learn more than 1,000 words.

Haifa resident Yaron Menashe said his two sons, aged 10 and 12, use Singit in their English classroom. His younger son already knew some English from playing the game Minecraft.

“He learned a few words here and there but now he hears songs that he loves and speaks in sentences,” Menashe said. “Both boys use the app in class to listen to the music and I see that they’re using it at home, like a game.”

While teachers might prefer teaching English to the songs of Adele, Menashe said his sons love the American rock band Imagine Dragons.

“I think for my older son, the app just makes him learn more English without realizing that he is learning,” Menashe said.