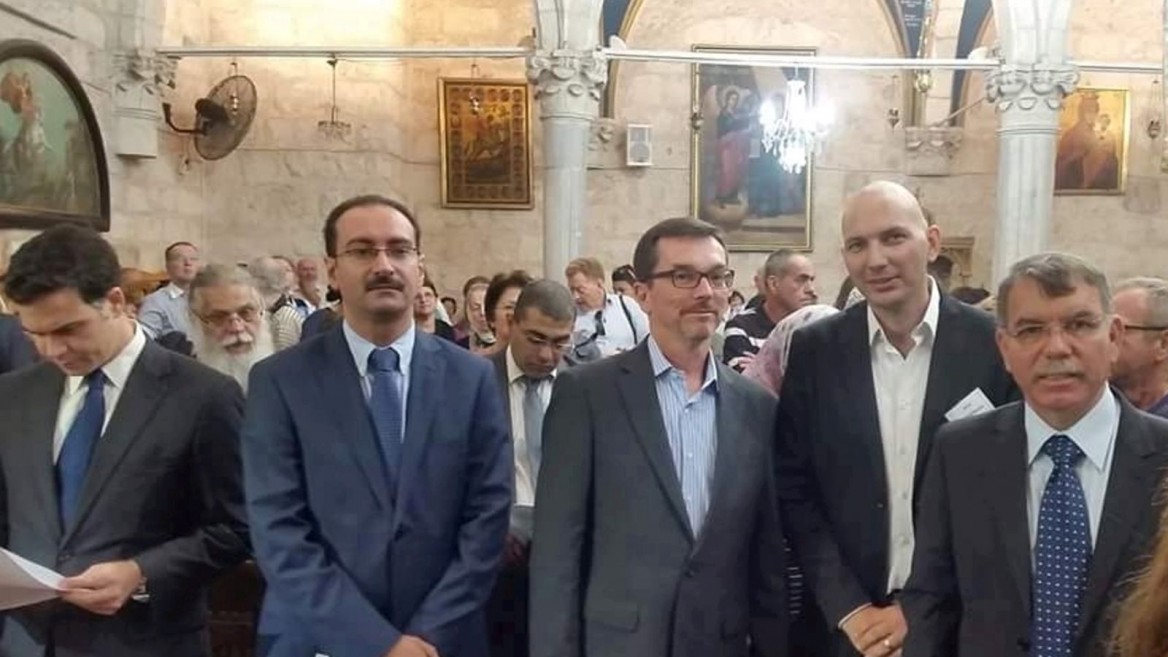 Can Jews, Muslims and Christians live side by side peacefully in Israel? It’s a question many people ask themselves.

But they can, and they do, in cities such as Haifa and in less well-known Lod, whose slogan is “A mosaic of cultures.”

The municipality is working hard to raise the profile of this mostly working-class city of 77,500. It recently invited a group of journalists and diplomats to help spread the message that coexistence is alive and well in Israel — even in the climate of heightened fear and mistrust engendered by stabbing and shooting attacks by Arabs in various parts of the country lately.

“In the past few months, as a Jew I have not felt any tension here, and most of the people I speak with agree that regardless of whether they are Jews, Christians or Muslims, people here feel very, very safe,” said Deputy Mayor Aviv Wasserman, a graduate of the London School of Economics and a major force in the turnaround of Lod from hardscrabble to hopeful in the past seven years. 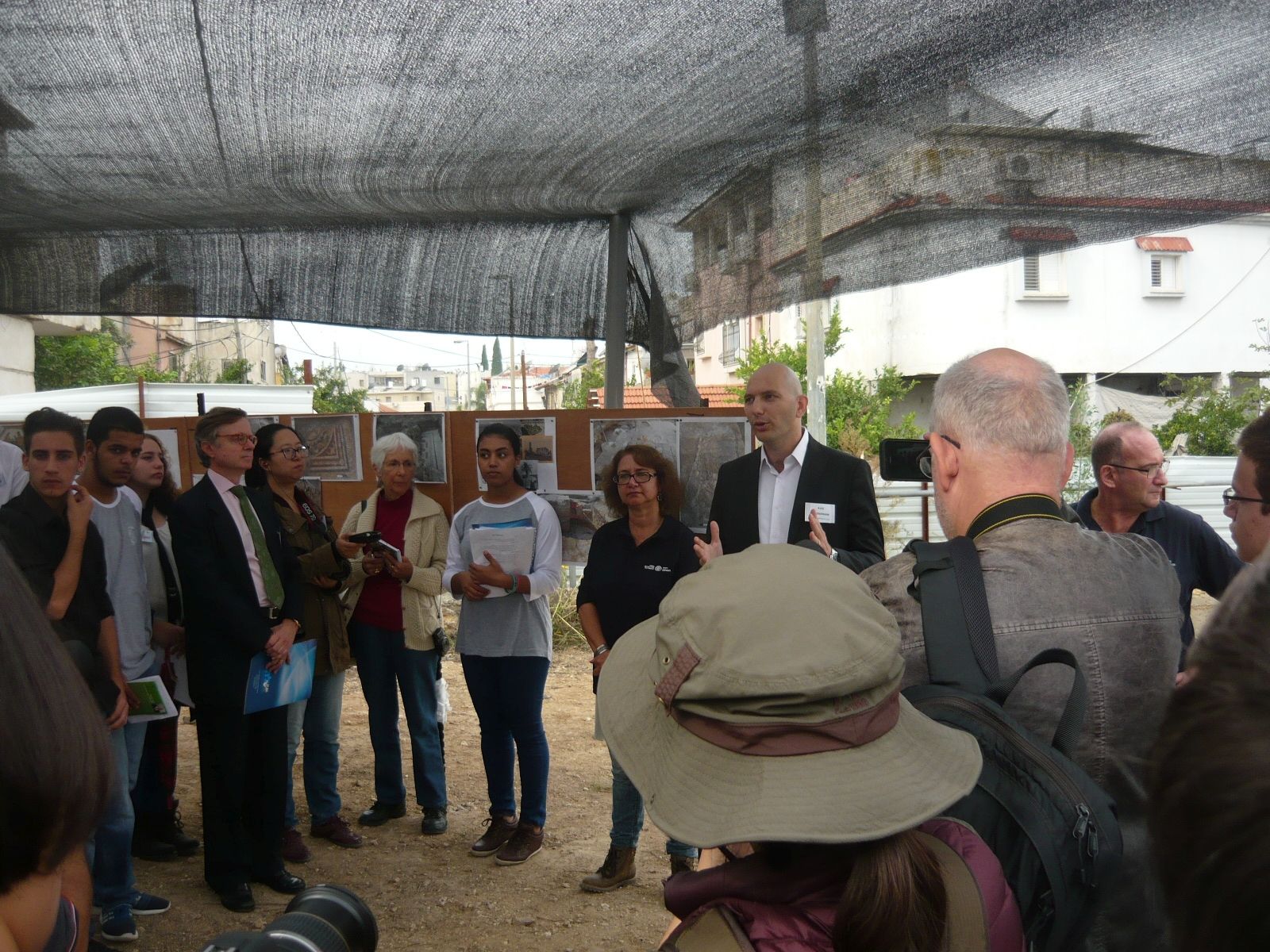 “I don’t think this has to do with me or any other politicians,” Wasserman added. “I think it comes from the people, who have been together here for so long and have forged social and economic ties. Lod can really serve as a model, a symbol of sanity in Israel today.”

Nobody claimed that Lod is entirely free of friction, just that interracial strife is the exception rather than the rule.

The November 16 tour of Lod’s mosaic of cultures began, aptly enough, with the unveiling of a 1,700-year-old mosaic floor discovered last year by the Israel Antiquities Authority.

This and a previously uncovered mosaic – which has been traveling to museums including New York’s Metropolitan Museum of Art, the Louvre in Paris and the Cini Gallery in Venice – are to be displayed permanently in the Shelby White and Leon Levy Lod Mosaic Center planned on the site of the long-gone Roman-Byzantine villa that encompassed both mosaics in antiquity. 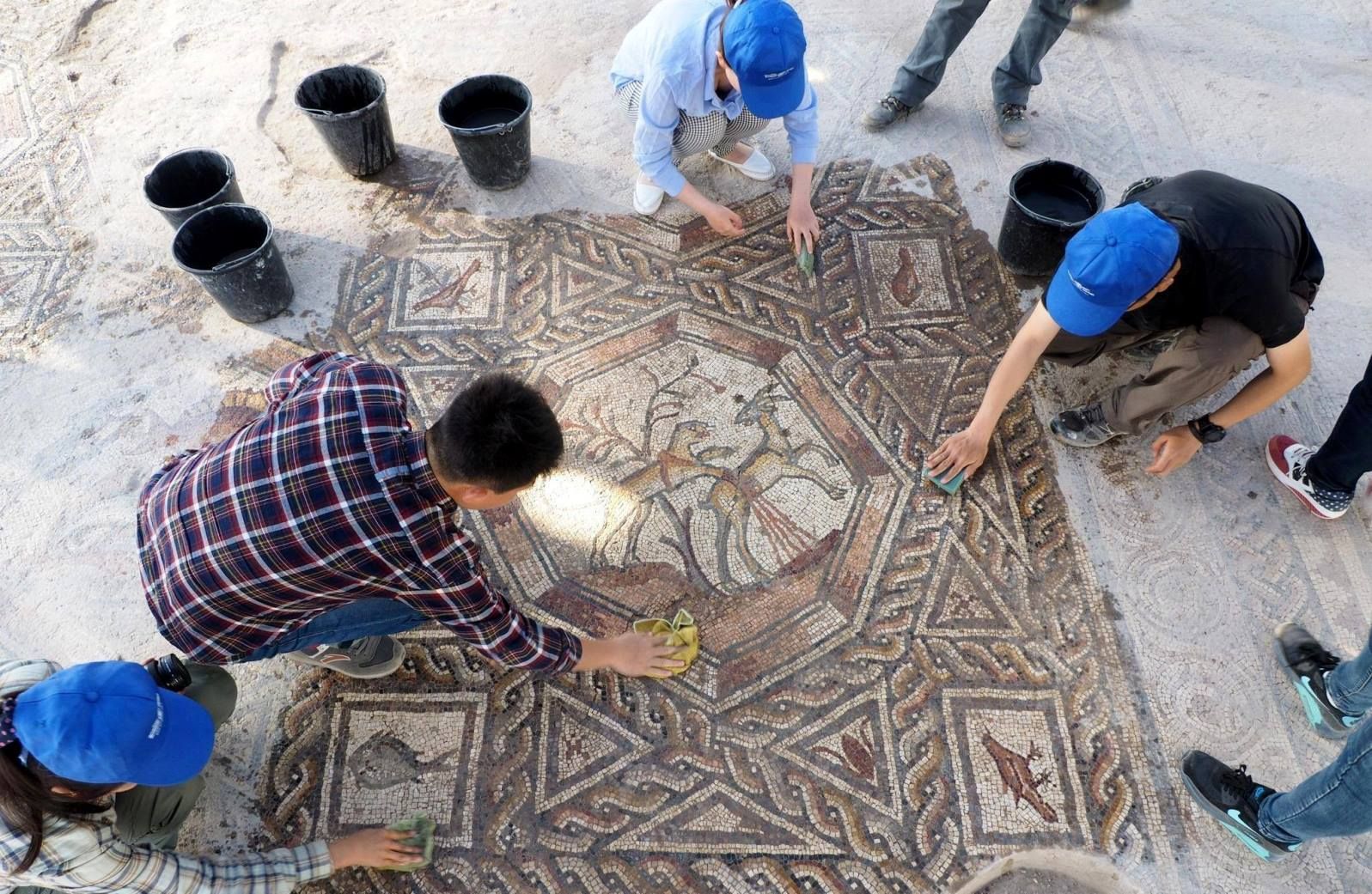 Before getting a closer look at the mosaic, each visitor was greeted by a pair of local Arab and Jewish high school students. “They are your hosts today,” announced Wasserman.

ISRAEL21c’s assigned hosts, 15-year-old boys Amer Mgarbh and Amit Shoham, had never met before but both go to mixed schools and live in mixed neighborhoods of Jews and Arabs.

Muslim and Orthodox Christian Arabs, including Bedouins, comprise more than a quarter of Lod’s population. Nearly half the Jews in Lod are immigrants from the former Soviet Union, many are from Ethiopia, and the rest are a hodgepodge of religious and secular Ashkenazim and Sephardim.

What everyone shares is equal status as Israeli citizens, and a growing sense of pride in their shared city. 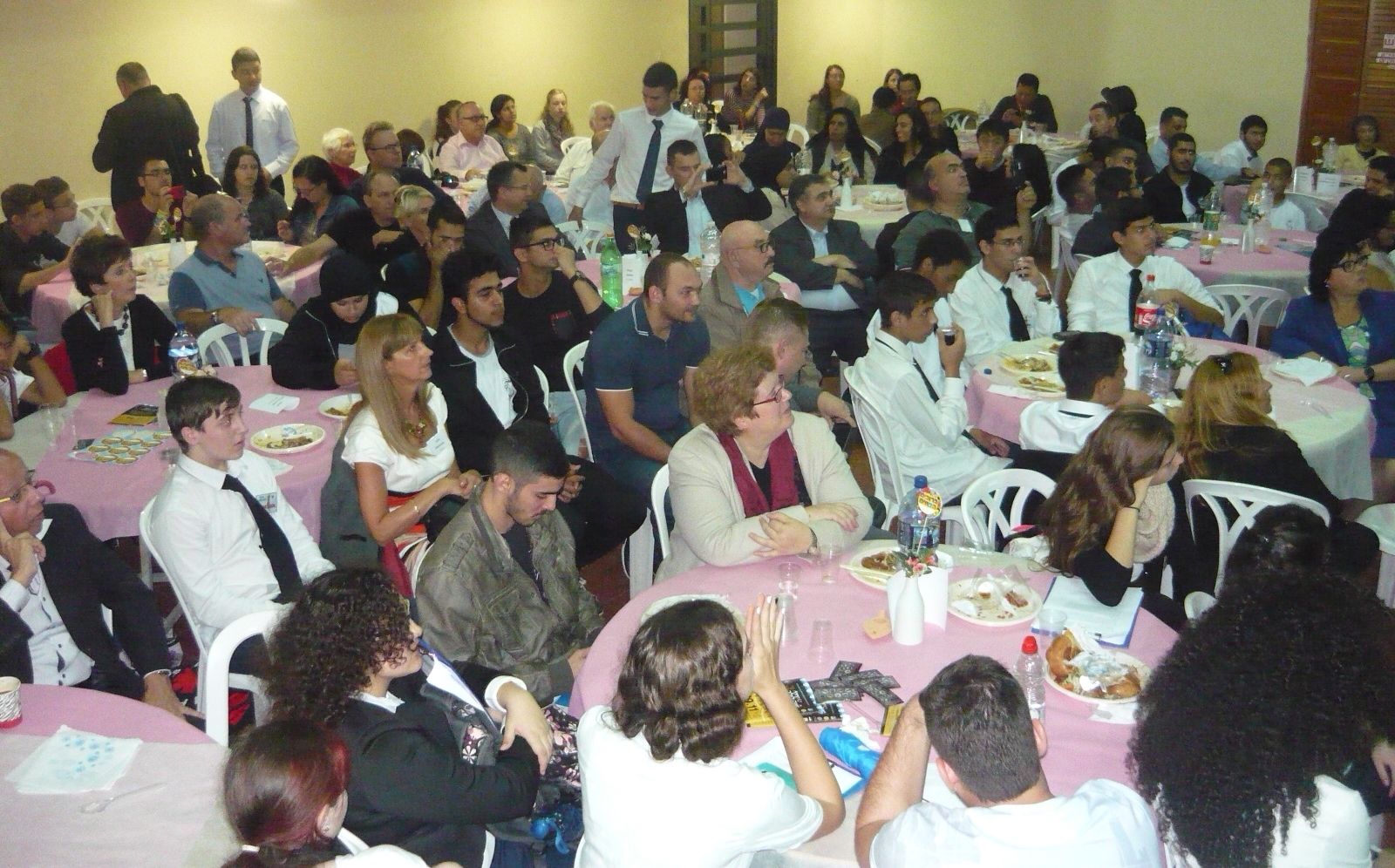 Visitors listening to a panel of Lod “champions” at a luncheon in the Chicago Jewish-Arab Community Center. Photo by Ester Ochigava Moshe

“We are like brothers,” said Amer, who enjoys playing soccer with Arab and Jewish buddies on his block.

Amit and his friends are members of Young Ambassadors, a government-sponsored program that grooms teenagers to travel the world speaking to groups of students and communal leaders about real life in Israel.

Writing a new story together

Over a lunch of traditional Mideast dishes at Lod’s recently reopened Chicago Community Center – so named because it was funded by the Jewish Federation of Chicago — Wasserman introduced Arab and Jewish achievers from a range of communities and disciplines.

Lod’s “champions” include Eitan Hermon, who lost a leg in the 2006 Lebanon war and this year was crowned International Paralympic World Champion of the London Marathon; a champion debate team from the Atid Lod High School for Arts and Sciences; and world-ranked wrestlers and boxers.

Faten Zenaty, the female Arab-Israeli director of the community center, said the community center had no Arab programming until the administration of the current mayor, Yair Revivo, oversaw the upgrade of the building and its offerings a couple of years ago. 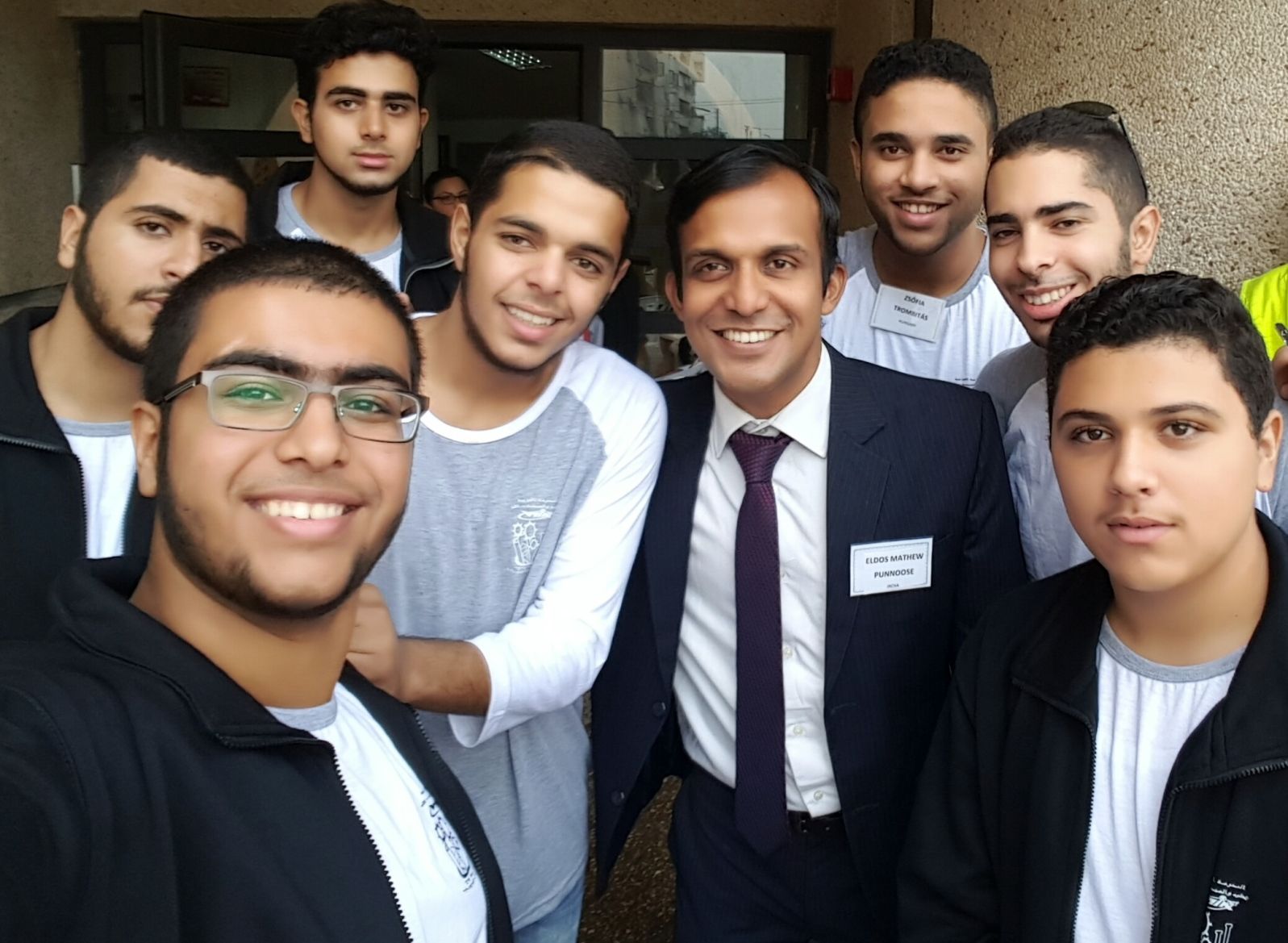 “It is not easy to be an Arab living in a Jewish country,” Zenaty said, sitting beside the city’s director general, Aharon Atias, a religious Jew.

One new initiative is a monthly Night Market organized by Jewish, Muslim and Christian women in Lod. With an emphasis on the cuisine and music of each culture, the coexistence project provides a sensory opportunity to experience the diversity of Lod.

On a more high-tech note, the Bank Leumi Computer Center opened in Lod several years ago and includes a fin-tech startup accelerator.

Corporate CTO Ilan Buganim, a Lod native, explained that when the center was established, the bank’s Tel Aviv employees did not like having their jobs moved to Lod.

“And now that we opened our first digital bank initiative in Tel Aviv, surprisingly it was very difficult for us to convince people working here that they need to move temporarily to Tel Aviv. This is because Lod is a great location, very close to the airport, and it’s not crowded,” said Buganim. 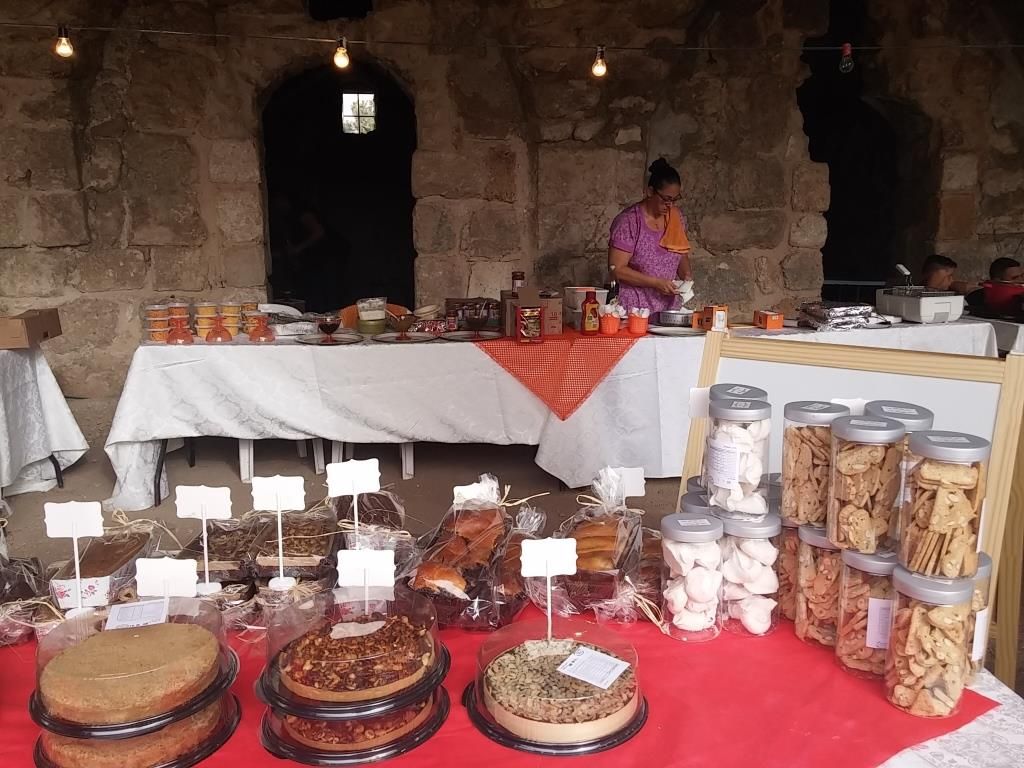 Jewish, Muslim and Christian women of Lod have organized a monthly Night Market to showcase their cultures in taste and sound. Photo: courtesy

Indeed, Ben-Gurion International Airport is adjacent to Lod, though it is officially listed as being in Tel Aviv, the much more famous city about 15 minutes north of the airport.

Three Lod-based entrepreneurs – two Jewish, one Arab – made presentations about their companies.

BE Solutions develops trading platforms for financial institutions, and also provides a channel for marketing Israeli products to the Arab world.

“We want to associate Lod as a hub for technology and continue doing business here,” said P-Cure CEO Michael Marash.

In this city that has enjoyed continuous habitation for the past 8,000 years, the future is looking as bright as the stones in a colorful mosaic.