Photo by Abed Rahim Khatib/Flash90
Treato allows patients to understand the side effects of every medication.

Have you just been prescribed a new medication and want to know its possible side effects? Are you already taking a drug whose side effects aren’t listed on the package insert? Most likely, your first step is to Google it. But the unstructured results can be overwhelming and hard to make sense of.

That was exactly the problem confronting Gideon Mantel, the CEO and co-founder of First Life Research. His 17-year-old daughter had suffered a basketball injury and was facing knee surgery, medication or both. Mantel searched the web to learn as much as he could in order to ask the right questions of his daughter’s doctors. He spent days combing through posts on patient blogs and online bulletin boards.

And that led to Mantel’s light-bulb moment. The former CEO of Israeli high-tech heavyweight Commtouch was determined to create a service that would aggregate all that patient information in one place, categorized in an easy-to-understand format.

Four years in the making, with $5.5 million in venture capital financing, Treato was launched at the end of September at the Health 2.0 conference in San Francisco. First Life Research is betting that Treato will revolutionize the way patients, physicians, health maintenance organizations (HMOs) and pharmaceutical companies integrate user-generated data into their information processing.

In fact, Treato’s revenue is expected to come from partnerships with pharma, HMOs and drug-related research groups willing to pay for the data. First Life is in negotiations with half a dozen big players, with deals possible by the end of the year.

Sifting through roughly 10 billion patient discussions posted online — a number that grows by nearly 50 percent each year — and putting them into some sort of logical structure was Treato’s challenge.

To do so, the company had to develop its own natural language processing, a tricky task that took a few years. Someone writing in Texas may not use the same expressions as a patient in India to describe the same side effects, explains Haggai Levy, head of marketing communications.

“There are different writing styles, slang and misspellings,” he points out.

“If someone says they feel like their ‘head is going to explode,’ we have to understand that this is referring to a headache,” adds Michal Tamir, the company’s marketing and business development manager. Making sense of such similes in several billion messages requires a “machine,” as Levy puts it. 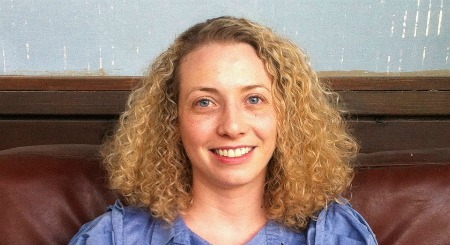 Once the data is categorized, it’s possible to analyze it and present significant statistics. An asthma medication may have some 700 reported side effects, but which are the most prevalent? And which side effects are most common when switching from one drug to another? Treato aims to conquer all of these tasks.

You can also search for medical conditions. The Treato site covers 13,000 conditions and 11,000 medications. Of the 10 billion patient discussions, Treato indexes just over 800 million of them from 23 million patients.

Tamir adds that clinical trials only look at one drug at a time rather than side effects that may occur when two medications are taken at once, something that Treato’s software can compare and correlate.

The result is a free service that is valuable to patients, but equally in demand by pharmaceutical companies.

“The drug companies know which side effects occur from the clinical trials,” Levy tells ISRAEL21c. “But these studies can be very small. As a result, most side effects are unknown when the medication hits the shelves. It’s not like Merck or Pfizer are trying to hide anything, that there’s some conspiracy going on. They are trying to do their best, but their tests are necessarily limited.”

Levy gives an example regarding the popular asthma drug Singulair. “A patient went to see his doctor complaining about mood swings and suicidal thoughts. These were not known side effects for Singulair. The physician had access to our database, plugged in the medicine and saw that, even though those side effects were rare, some people were suffering from it and blogging about it. The physician connected the dots, switched the drug, and the side effects went away.”

While some physicians criticize the veracity of user-generated online medical content, Tamir claims that some 60% of them “are going to the web seeking health information from these types of sources.”

“At the end of the day, the physicians may have their egos, but they also want to give better service,” Levy adds. “Our advantage is that we can transform random anecdotes into patterns resulting in known phenomena.”

Treato just launched a co-branded partnership with Healthline, a medical information site that previously had no user-generated content, bringing Treato even greater exposure. First Life received a grant from BIRD (Israel-US Binational Industrial Research and Development) Foundation for this project.

First Life is backed by Reed Elsiver Ventures, the VC arm of the largest US medical publisher. All initial staffing for the company – which now numbers 27 in Yehud – came by recommendation from advisory board chairman Yuval Shamir, a professor of medical informatics research at Ben-Gurion University in Beersheva. Founder Mantel is joined by Jacob Sabo (the two met at the gym) and Dr. Itzhik Lichtenfeld, who built the risk management operations at the Israeli HMO Maccabi.

The site is bringing in about 600 queries per day. “We are all patients at some point in our lives,” says Levy. “So you want to tell your friends about it.”