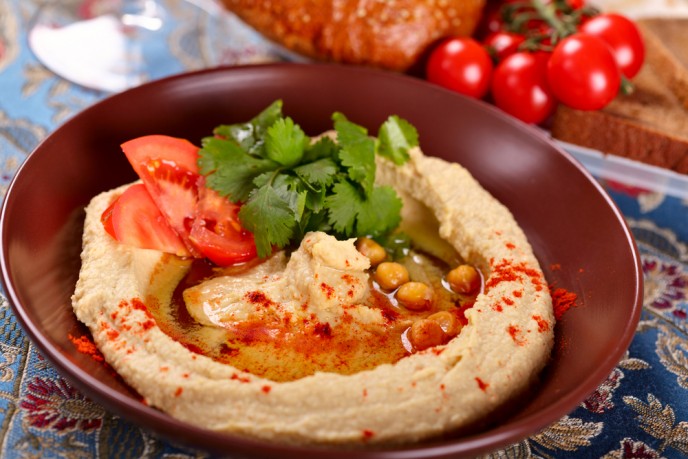 Hummus, a nutritious bean dip, is one of Israel’s favorite dishes. Photo via www.Shutterstock.com
When Israeli tech whiz kid Ben Lang first came up with the idea of International Hummus Day three years ago, he didn’t take it too seriously.

It was an idea that sprang out of the Innovation Israel Hackathon– an event that 21-year-old Lang, cofounder of Mapme, a community mapping program, organized in March 2012 in an effort to look for viral projects that could promote Israel.

He and his friend Miriam Young had noticed Nutella Day, and thought to create a day like that for Israel and the Middle East as well – something that could bring the fractious Middle East together. Hummus, a nutritious chickpea dip, and the region’s most popular dish, was the obvious answer.

“In the first year, I chose a random day in the calendar – May 15 — and decided that would be the day,” Lang tells ISRAEL21c.

It was a big mistake. May 15 is Nakba Day, when Palestinians mourn their losses in the wake of the 1948 War of Independence. Lang received dozens of angry tweets and emails from Palestinians.
Lang decided to change the date to May 13, but pretty soon afterwards forgot about the day entirely. 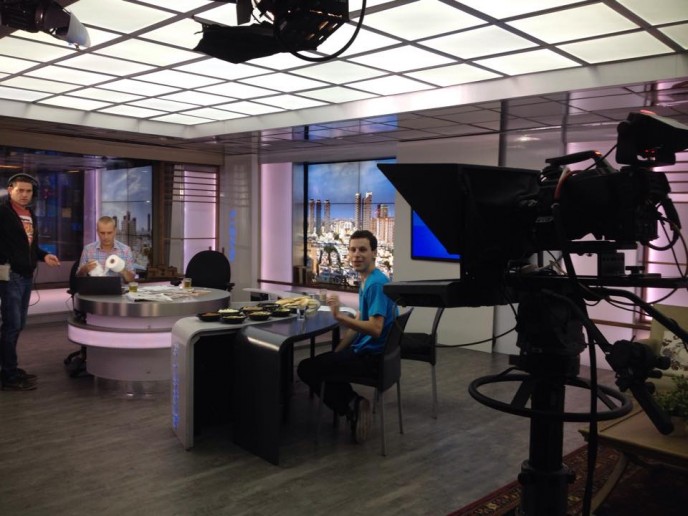 Then, the following year he started receiving tweets wishing him a happy Hummus Day. People were writing about it in the press, celebrities were mentioning it on social media. The holiday had taken off.

This year promises to be the biggest yet. Recently released from service in the Israel Defense Forces, Lang has finally had a chance to devote some time to the project.

A day ago he set up a Facebook community page on Hummus Day, and just 24 hours later, 75,000 people have already registered to take part.

“It’s growing by 1,000 people every 30 minutes,” says Lang. “We’ve already reached five million people. I wasn’t expecting this at all.”

It’s no surprise that the holiday has gained a great deal of traction in Israel, with companies bringing in special hummus meals to staff, and Israel’s most famous hummus joint, Abu Ghosh Restaurant, handing out free hummus throughout the day.

However, there’s been a large international response as well, particularly in the United States, where interest in hummus is growing fast partially because it fits so many dietary requirements, being high in protein and fiber and low in fat.

“The US hasn’t woken up yet, but I think when they do, it will be really crazy,” says Lang. “Many hummus places are selling their dishes for special prices today in honor of the holiday.”

In Santa Monica, California, for instance, Z Garden will be selling hummus at $2 a plate. 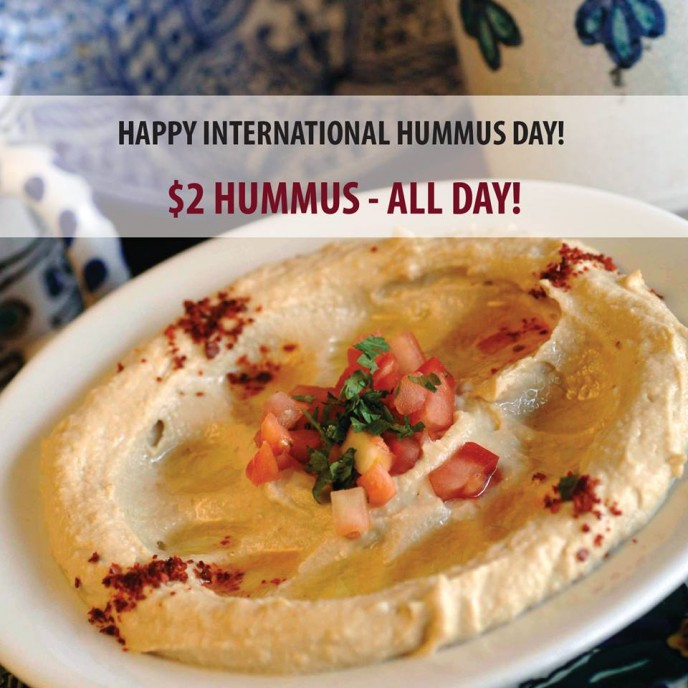 $2 hummus on offer in Santa Monica.

The holiday comes at a good moment for the US. According to food trend-tracking group Baum and Whiteman, 2015 is going to be the year hummus becomes the “it” food for Americans.

To celebrate today, Lang and Young have created a crowdsourced map of hummus places around the world on their Hummus Day site, and invited people to add their favorite restaurants.

So far, 142 hummus joints around the world have signed up, in countries including England, Holland, France, Germany and Hungary.

“I’m still finding out about all the offers, deals and celebrations now. I don’t even know what’s going to happen,” says Lang, who still seems a little bemused by all the attention. “This year there is a lot more excitement than in past years. It’s much bigger than I ever expected.”

So what are you supposed to do on Hummus Day? Well, eat hummus, of course — for breakfast, lunch and dinner if you can. Then share the evidence on social media.