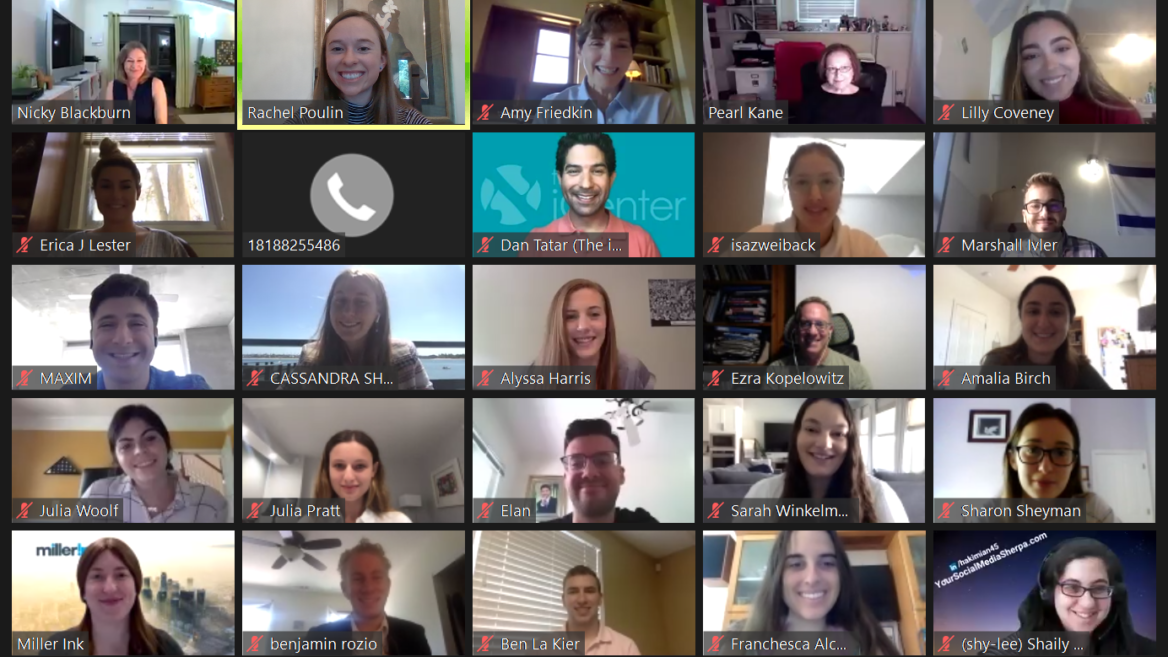 ISRAEL21c’s digital ambassadors take part in a Zoom call for the final judging of their projects.

The Covidpandemic may have wreaked havoc on the world over the last few months, but one thing is for sure – it didn’t dampen the enthusiasm of ISRAEL21c’s digital ambassadors.

Last week, ISRAEL21c’s 40 student ambassadors, who hail from all over the United States, took part in a Zoom meeting to present their final projects of the year to the judges: Shaily Hakimian, a social media expert; Dan Tatar, director of communications and outreach at the iCenter for Israel Education; and Meira Feinman, accounts director at Miller Ink.

The students began developing their digital projects at an event held by ISRAEL21c in Evanston, Illinois last August and worked on them virtually over the last year. A March retreat in Chicago to present the projects was cancelled at the last moment, due to the corona crisis.

This year’s winner was the project Yalla on a Budget, which focused on youth travel to Israel. The group consisted of Julia Woolf, Abby Adelman, Jacob Ziegler, Lexi Nasciewicz and Lilly Coveney. They created dedicated Instagram, Facebook and Twitter pages, and developed content on the theme of budget travel to Israel.

Hakimian said:  “Yalla on a Budget knew what they were doing in terms of how social media worked and they picked a good gateway to Israel that many could relate to. They picked things that were a bit timeless.” 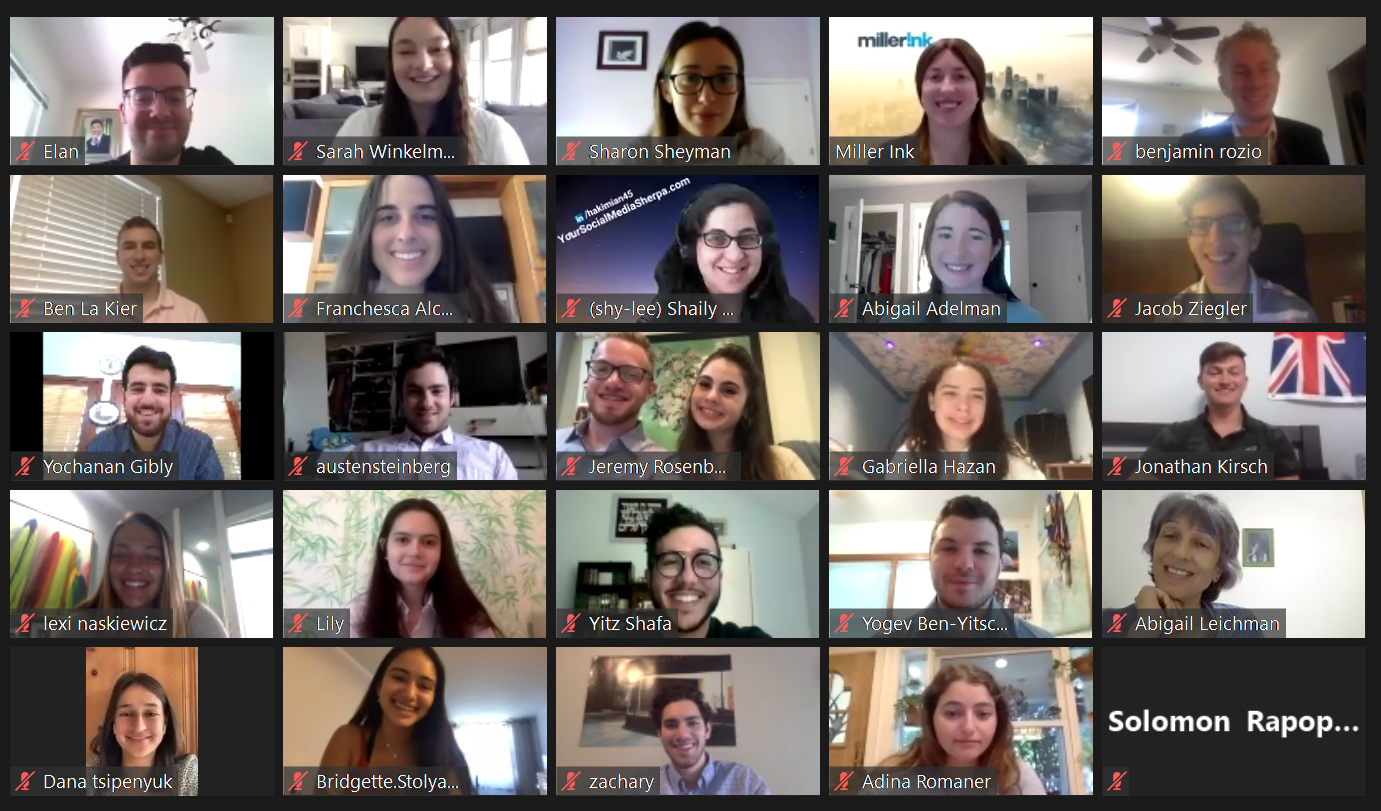 Some of the students taking part in the final Zoom call.

“We wanted to show the world that Israel is a vegan hub and travelers to the country can visit without ever having to worry about finding vegan food,” Sarah told the judges.

“This is an under-shared story about Israel and the Tel Aviv culture,” said Hakimian.

Other projects featured at the event were:

“All of the projects displayed creative, strategic thinking and sustained effort, resulting in tens of thousands of digital and social engagements,” Feinman said.

“The extent of each team’s potential, and unique strengths, made it very difficult to choose the winners. We managed to narrow it down by rigorously considering how well the project delivered on its goals so far, and how directly it could transfer to furthering ISRAEL21c’s mission.”

ISRAEL21c’s Digital Ambassador Program was launched in 2014. The first retreat was held in Chicago in January 2018, followed by three other retreats in Chicago and San Francisco.

Unaffected by the pandemic

“This has been a difficult period for many news and educational organizations, but because ISRAEL21c is, and always has been, a digital news site, the Covid lockdowns did not affect the way we work or operate,” said Amy Friedkin, president of ISRAEL21c.

“Our digital ambassadors worked so hard and produced excellent campaigns. We are very proud of what they achieved. Though some planned events had to be postponed because of the outbreak, the pandemic certainly didn’t hold them back from accomplishing incredible things.”

“Although there’s nothing like gathering in person, we still had an amazing time at our end-of-year Zoom retreat and made the best out of the situation,” said Digital Ambassador Program DirectorRachel Poulin.

Financial support for the Digital Ambassador Program was provided by Susan and Moses Libitzky, the Koret Foundation and the Charles and Lynn Schusterman Family Foundation.