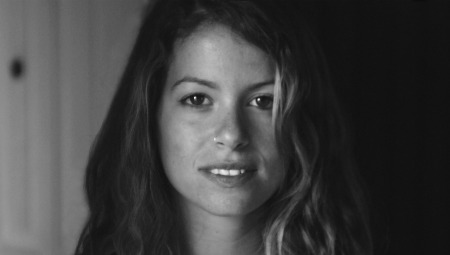 With a budget of just $800, Israeli film student Adi Kutner has proven that it’s the story that counts and not the hoo-ha producers usually rely on to move movies forward. Kutner’s 18-minute short, Barbie Blues, was chosen to screen at the prestigious Sundance Film Festival, beginning today, and ending on January 29.

Barbie Blues is a coming-of-age story with a global appeal. It centers on Mika, a lonely teenager who lives in suburbia, and her new neighbor, Gershon.

Through her encounter with Gershon, Mika discovers the boundaries of her femininity and sexuality for the first time, says Kutner. But like the Barbie dolls the film is named for, hers is a shallow and idealized version of what a woman should be.

“There’s an awkward border that teens walk between adulthood and childhood,” Kutner said, noting that teenage girls so often mimic what society tells them is “sexy” without fully understanding the meaning of their behavior.

“I’m not trying to say how girls should and should not act. The film is not meant to provide answers, but rather to raise questions about issues such as sexuality and control.” 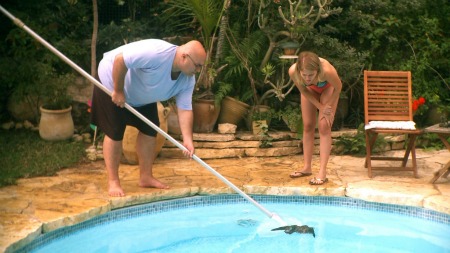 A scene from the short film, featured at the Sundance Film Festival.

Local critics in Israel hailed the film. It was recently awarded first place in the short films category at the Jerusalem International Film Festival and it was included on the limited Rehovot Women’s Film Festival bill.

But Kutner’s attempts at getting her film on the international circuit were initially less successful.

“I’ve been turned down by most major festivals abroad – but Sundance was worth the wait,” said the Tel Aviv University student. “I feel honored to be acknowledged by the American independent film industry. Sundance is an amazing stage for filmmakers who work outside of Hollywood.”

Barbie Blues is actually one of four Israeli films on this year’s Sundance roster.

Kutner’s film will take part in the Shorts Competition in a field of 64 movies.

“The Tel Aviv University Department of Film and Television is very proud to have Adi Kutner and her film represent us at Sundance,” said spokesperson Elite Zexer. “We are especially proud since this is the third short film by a female TAU director to be shown at Sundance in the past four years.”

Three other Israeli documentaries are competing in the official World Documentary category. With only 12 competitors in total, there’s a good chance one of them will win.

Directors Emad Burnat and Guy Davidi named their political film 5 Broken Cameras for the cameras that broke while shooting their documentary about the separation barrier being built in a Palestinian village.

Another provocative documentary up for the trophy is Ra’anan Alexandrowicz’s The Law in These Parts, which explores the legal infrastructure of the IDF and the implications of the 1967 borders.

In her film, Gypsy Davy, Rachel Leah Jones offers a portrait of Flamenco guitarist David Serva, an American-born teenage runaway who successfully assimilated himself into the exotic world of gypsy flamencos.

The Sundance festival is considered one of the world’s premier events for independent films. And though they originate in a small cinema nation, Israeli films have won at Sundance before. Most recently, Yossi Madmony’s Restoration won Best Screenplay at last year’s festival in the World Documentary category.

“As filmmakers who have no chance to compete with Hollywood’s power and film marketing, Sundance is the ultimate answer and a wonderful opportunity to expose our works to the world,” scriptwriter Erez Kav-El said after winning the award last year.

One of the reasons Kutner’s film is being earmarked as a favorite is because it really echoes across cultures.

The film was shot at one location, with two characters, in three days. Other than the language of the film being Hebrew, Barbie Blues could have been made anywhere.

Kutner – the daughter of Daniel Kutner, consul general of Israel to the Mid-Atlantic region of the United States – looked to American masterpieces Blue Velvet and American Beauty for inspiration.

But Kutner had to keep it simple as she didn’t have the funds to make a more grandiose movie. The total production budget of $800 was provided by the Friends of Tel Aviv University Trust in Great Britain.

The depth and artistry of the movie shine through its simplicity.

“It shows that you can go anywhere with a story,” Kutner concluded.

UNCOVER ISRAEL - Get the ISRAEL21c
Weekly Edition free by email
Sign Up Now!
Bring Israel's story to life.
Millions of people around the world rely on us to gain a deeper understanding of Israel. We are the trusted source for original content you won't find anywhere else.
You can make a difference. Donate today to support journalism that brings Israel’s story alive.
SUPPORT ISRAEL21c
Read more on:   Culture, Entertainment, Sundance, Israeli film and TV