Israel’s musicians are hard at work creating, innovating and blending harmonies to a totally original tune.

There is no one Israeli artist to have conquered the music charts like Justin Timberlake, Beyonce, Mark Ronson or Royal Blood did this past year but many garnered (smaller) headlines the world over for their unique blends of world music.

Among the great moments Israeli musicians chalked up in 2014: Idan Raichel — known for his cross-cultural collaborations – won the MTV Role Model Award and collaborated with A-list R&B diva Alicia Keys; Ophir Kutiel (Kutiman) became king of the online music video sphere thanks to his fantastic mash-up of amateur YouTube videos; and opera singer Chen Reiss sang to 700 million viewers at a Christmas Mass led by the Pope in the Vatican’s St. Peters Basilica.

The Israeli music arena is bubbling with talent in all genres – jazz, pop, rock, alternative, opera, folk, instrumental, hip hop, world music – and you’ll regularly find blue-and-white talent at bars, clubs, concerts,college campuses and festivals in Europe, Israel and North America. Many singers/bands croon in English too, as a way to win over the global audiences.

You can also get an earful wherever you are by tuning in to Bandcamp, iTunes or their YouTube channels.

ISRAEL21c checked in with music critics to create this list of 12 bands to keep an eye on in 2015. 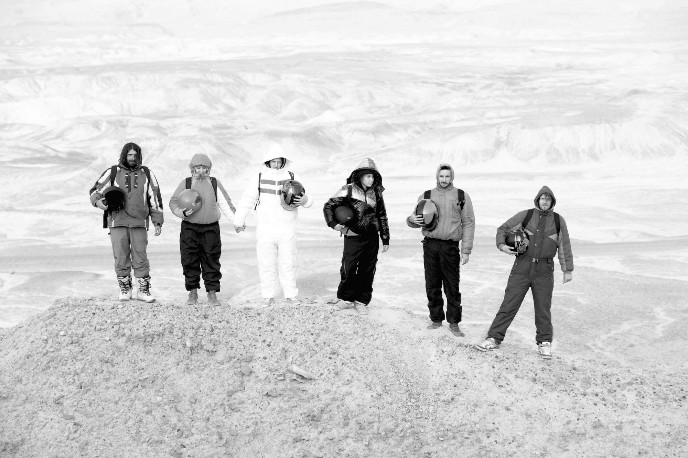 This indie ensemble has a growing following in Israel and Europe. The members came together in 2011 when frontman Rotem Bar Or decided busking on the street wasn’t for him anymore. Their first concert at the InDNegev Festival was so well received that they suddenly found themselves in high demand at other indie festivals and club venues around the country and in Europe.

It seems that their eclectic collection of music styles – classical, folk, rock, pop, reggae, gypsy and oriental – is exactly what the world needs right now. Vocals are backed up by two percussionists (on the same drum set), viola, flute, contrabass, electric guitars and ukulele.

“I think they’d be hugely popular internationally,” Ayelet Dekel, founder of the Israeli Midnight East culture website,  tells ISRAEL21c. “theAngelcy has very emotional and accessible music, sing-a-long and yet not too simplistic.”

Clear some space on your playlist for Tamar Eisenman’s long list of songs. Known for “Hit Me,” the singer-songwriter-guitarist who also produces her own work (and that of others) is one of Israel’s most electrifying musicians right now. The Jerusalem-based Eisenman composes her feminine rock songs in both English and Hebrew and is currently working on two new albums – one in each language.

“I think she’s amazing. She produces her own work, she’s a great guitarist and … [even though] physically she’s a tiny person, she comes on stage and she’s huge. She delivers an incredible live performance,” says Dekel, one of the top reviewers of local music in Israel. “She has several albums out and I don’t know why she isn’t bigger than she is. She’s one of the best out there.”

The nine-piece collective fronted by MC Rebel Sun and guitarist/producer Isgav Dotan will have you tapping your toes to their sophisticated funk-soul-blues-hip hop-Mediterranean groove, whether you’re at a concert in the group’s hometown of Tel Aviv or at one of the European festivals at which they’ve performed.

“It’s a wonderful riot of a set,” the Mirror reviewer wrote about their performance at the Liverpool Sound City Festival in May 2014.  The Lucille crew invites different powerful female vocalists to perform with them, including the likes of Ester Rada (who features on their EP). The band is named in homage to Louis Armstrong’s wife. 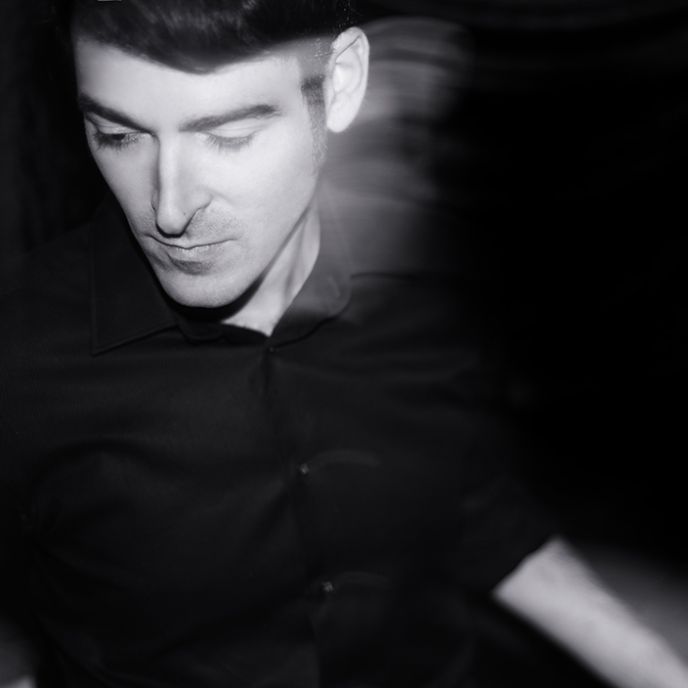 Returning to Tel Aviv, he recorded his 2012 debut album, “Like the Tide,” in his bedroom. In November 2014, Sun Tailor released a new album of intimate and personal songs called “This Light.” He and his band have played throughout Israel and at venues in Paris, Hamburg and London. 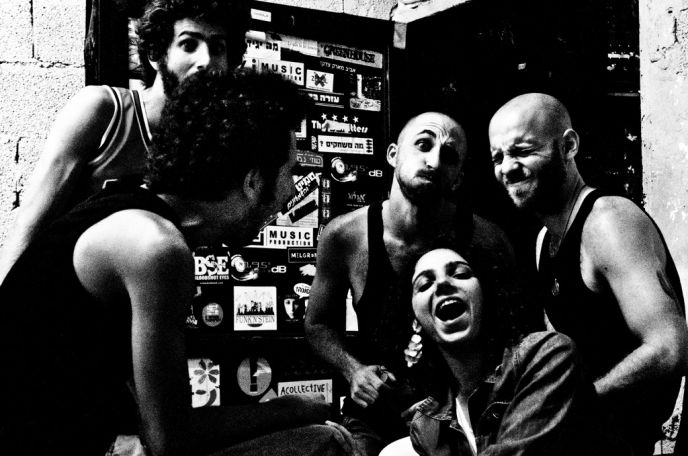 Tiny Fingers, the post-rock/electronic/psychedelic groove band, has made a name for itself at festivals in Israel, the US and Europe. The four-member group recently released a third album, “MegaFauna,” that supplies an instrumental 45-minute sound trip for the listener.

Acollective has a lot of expectations to live up to in this new year, after wowing audiences across Europe and Israel with its unique Middle Eastern funk sound since its formation in 2008. As well as rave reviews for its newest album, “Pangaea,” the amazing music video accompanying the song “BreakApart,” in which the band transforms itself into talking album covers, has the world looking in.

Acollective has a cult following in Israel and has played at top festivals including Glastonbury, YNOT and SXSW. “This seven-piece act, a self-described mix of ‘boogied-folk, electronic-jazz and a Middle Eastern-bluesy twang’ are probably one of the best musical exports from Tel Aviv,” cites NME Magazine. 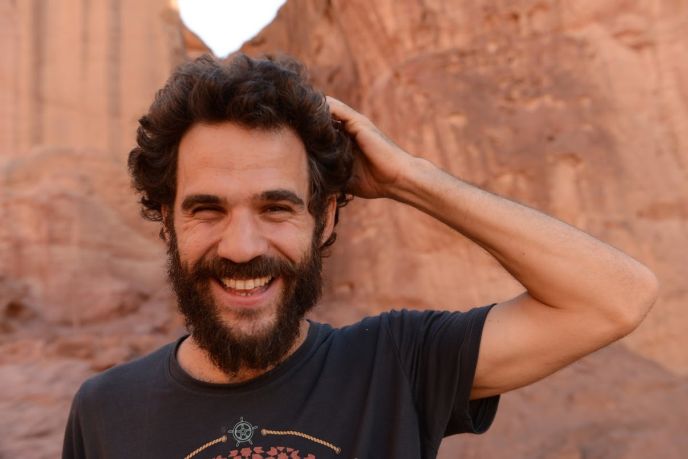 Israel’s Ophir Kutiel, who is professionally known as Kutiman, proved his genius once again in 2014 with his ThruYouToo project  in which he masterfully mashed unrelated YouTube video clips into a music album. Fans knew this was a sequel to the ThruYou online music video project he started in 2009. In fact, TIME magazine named that project one of the “50 Best Inventions of 2009.”

Kutiman’s fingerprints are everywhere – from solo projects to The Kutiman Orchestra, collaborations with Israeli artists and a production partnership with fellow musician Ronen Sabbo (they produced for Ester Rada, also on this list). His 2007 eponymouslytitled afro-funk album famously scored an 8.2 out of 10 rating from Pitchfork. The question is not whether we’ll hear from this multi-talented artist this coming year, but whether it will be for his skills as a composer, musician, animator, singer, music video director or producer.

The Garden City Movement is a household name for clubbers across Europe and Israel. Based both in Tel Aviv and Berlin, the electronic indie pop trio of Roi Avital (vocals, keyboards, guitar), Joe Saar (guitar, sampler, keyboards) and Johnny Sharoni (vocals, sampler, percussion) released a first single in October 2013. Since then, they’ve signed with BLDG5 Records, have performed with the likes of Disclosure, Bondax and Blonde Redhead, and just won an MTV Israel Best Video of the Year award for “Move On.

“A frenetic fusion of dancefloor-ready beats and intertwining vocals which seem to wrap themselves around your cerebral cortex,” writes Clash magazine about Garden City Movement. Look out for them at major music festivals. 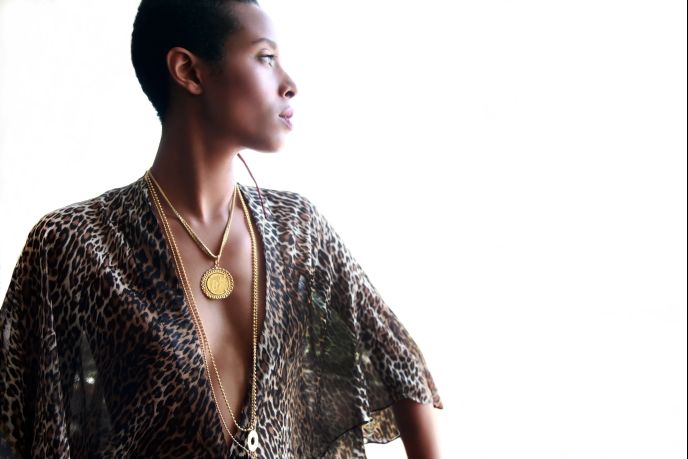 Ethiopian Israeli singer-songwriter Ester Rada’s name will surely be heard throughout 2015 as she takes her unique blend of Ethio-jazz, funk, soul and R&B to new stages across the globe. The new queen of Israeli jazz, Rada’s singing career (she’s also an actor) was an instant success upon her appearance at the InDNegev Festival and then the release of her self-written and composed solo EP called “Life Happens,” which was produced by Israeli producers Kuti and Sabbo at the beginning of 2013. She has performed in South, Central and North America, across Europe, and throughout Israel.

In March 2015, Asaf Avidan’s touring schedule has him performing in 18 cities in Germany, France, Belgium and Luxembourg. The Israeli folk-rock singer-songwriter made his debut in 2006 with a self-released EP. Since then, he has skyrocketed to international acclaim and saw his “Reckoning Song” reach the top spot in the German, Austrian and Swiss charts. That song also has more than 16 million views on YouTube.

A New York Times reviewer said Avidan has similarities to Leonard Cohen (“delicately fingerpicked songs full of finely calibrated metaphors, aphoristic phrases, paradoxes and mournful romance”) and to Robert Plant, “the Led Zeppelin singer who exults in the acrobatic extremes of the blues.”

Avidan will release a new album, “Gold Shadow,” in early 2015 – meaning, we’ll be hearing a lot more of him and about him.

The members of this three-piece instrumental guitar-bass-drums band based in Tel Aviv “have an electric ambient sound that’s hard to describe,” says Dekel, who is adamant that they’re a band to watch in 2015. The three-year-old trio just released its debut album, “Shvat,” in November. The group with the unique approach to sound has a loyal following in Israel and made its first international strides in 2014, including a concert at the Oppikoppi Festival in South Africa.

Yair Yona could be one of the best guitarists in Israel. The composer-performer can be seen performing in venues either as a solo artist or with his experimental-psych band, Farthest South. He also composes music for film soundtracks.

“I love Yair Yona. He is a great instrumentalist, wonderful with the guitar. He’s diverse. He’s really one of the best guitarists around here. He can do anything he wants musically. He has diverse abilities,” says Dekel.