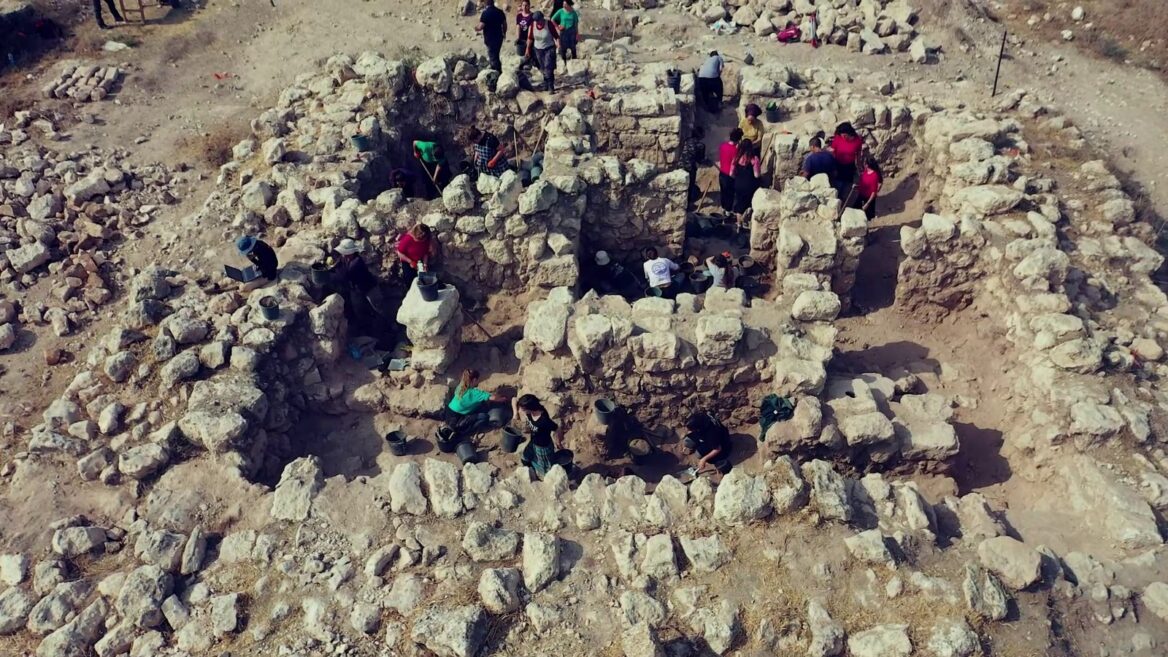 Overhead view of excavations of a Hellenist structure destroyed by the Hasmoneans in Lachish. Photo by Emil Aladjem/Israel Antiquities Authority

Just in time for Hanukkah, archeologists revealed new evidence of the long battle between Hellenists and Hasmoneans in the holy land.

Hanukkah celebrates the 164 BCE victory of an army, led by a father and sons known as the Maccabees, over Hellenist (Seleucid) conquerors who’d outlawed Jewish practices and defiled the Temple in Jerusalem.

In the years after the Maccabees purified and rededicated the Temple, battles against the Seleucids continued under Maccabee descendants as they established the Hasmonean dynasty.

And now archeologists have unearthed a Seleucid fortification destroyed 2,100 years ago by the Hasmoneans in Lachish Forest. 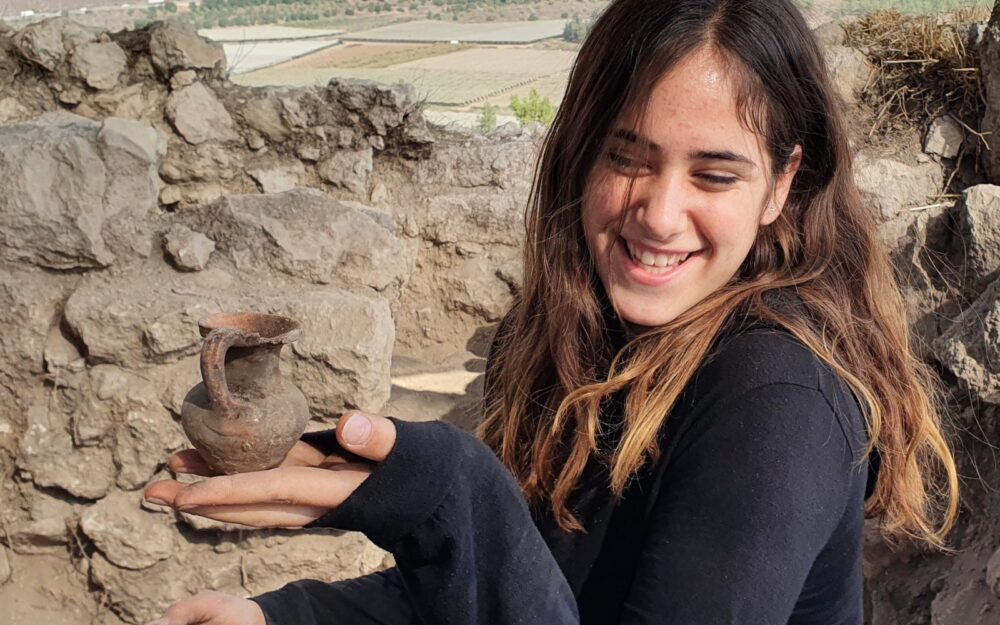 “It appears that we have discovered a building that was part of a fortified line erected by the Hellenistic army commanders to protect the large Hellenistic city of Maresha from a Hasmonean offensive. However, the finds from the site show that the Seleucid defenses were unsuccessful.” 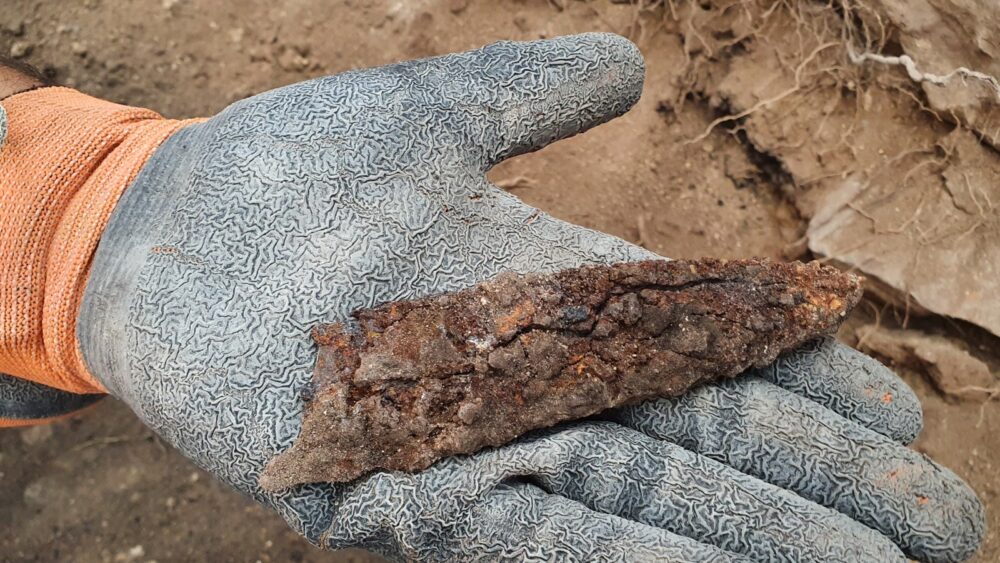 A weapon probably used in battle between Hasmoneans and Seleucids. Photo by Saar Ganor/Israel Antiquities Authority

They believe the building was destroyed under Hasmonean leader John Hyrcanus around 112 BCE. His conquests are described in the Books of the Maccabees and by Roman-era historian Josephus.

“The stories of the Maccabees are coming to life before our eyes,” said Israel Antiquities Authority General Director Eli Eskozido.

But this is hardly the first find relating to the heroes of Hanukkah.

When Theo and Miriam Siebenberg built a house in Jerusalem’s Old City in 1970, Theo had a hunch that ancient Jewish leaders had inhabited this area close to the Temple Mount.

Eighteen years of digging confirmed that the Siebenberg house sits on several layers of Jewish history going back about 3,000 years.

Among these layers are the remains of a Hasmonean mansion that Biblical Archaeology Review called “an engineering and structural marvel.”

The Siebenbergs turned the excavations under their home into a museum.

Visitors can see 200-pound stones from the ancient mansion piled along one wall as a tangible “memorial to the Maccabee house that stood here 2,000 years ago,” Miriam Siebenberg told ISRAEL21c in 2013. 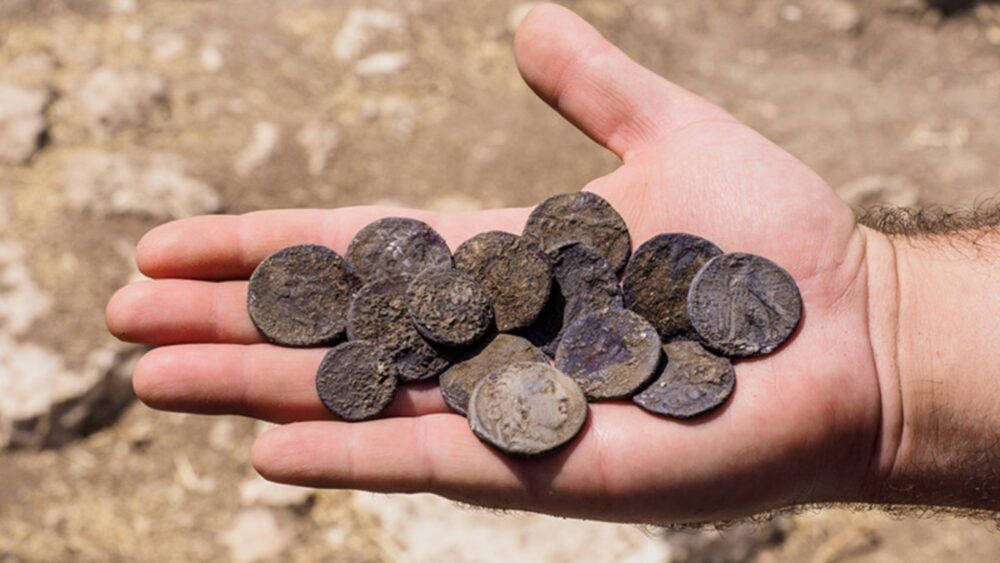 A cache of silver coins found in the ruins of a Hasmonean estate house. Photo © Assaf Peretz courtesy of Israel Antiquities Authority

Sixteen silver coins dating to the Hasmonean period (135–126 BCE) were discovered in April 2016 in an Israel Antiquities Authority excavation near Modi’in, hometown of the Maccabees.

The treasure was hidden in a crevice against a wall of a Jewish agricultural estate also discovered during the excavation.

While the silver coins honor Seleucid emperors, numerous bronze coins were also discovered, bearing the names of Hasmonean kings such as Yehohanan, Judah, Jonathan and Mattathias.

Excavation director Avraham Tendler said the cache is “compelling evidence that one of the members of the estate needed to leave the house for some unknown reason. He buried his money in the hope of coming back and collecting it, but was apparently unfortunate and never returned. It is exciting to think that the coin hoard was waiting here 2,140 years until we exposed it.” 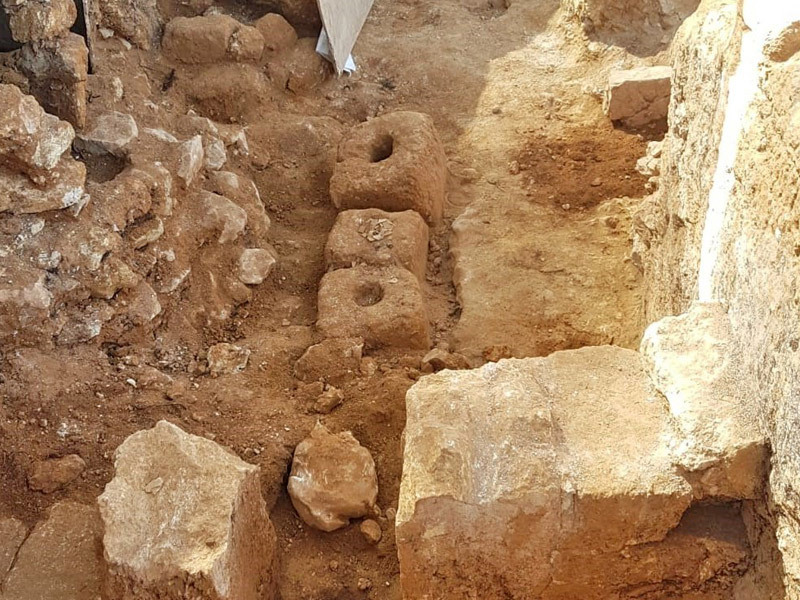 In 2019, remains of a 2,000-year-old Hasmonean village were discovered during the digging of the foundation for a new school building in Jerusalem.

“It seems that this burial estate served a wealthy or prominent family during the Hasmonean period. The estate was in use for a few generations as was common in that era,” said IAA excavation director Ya’akov Billig. 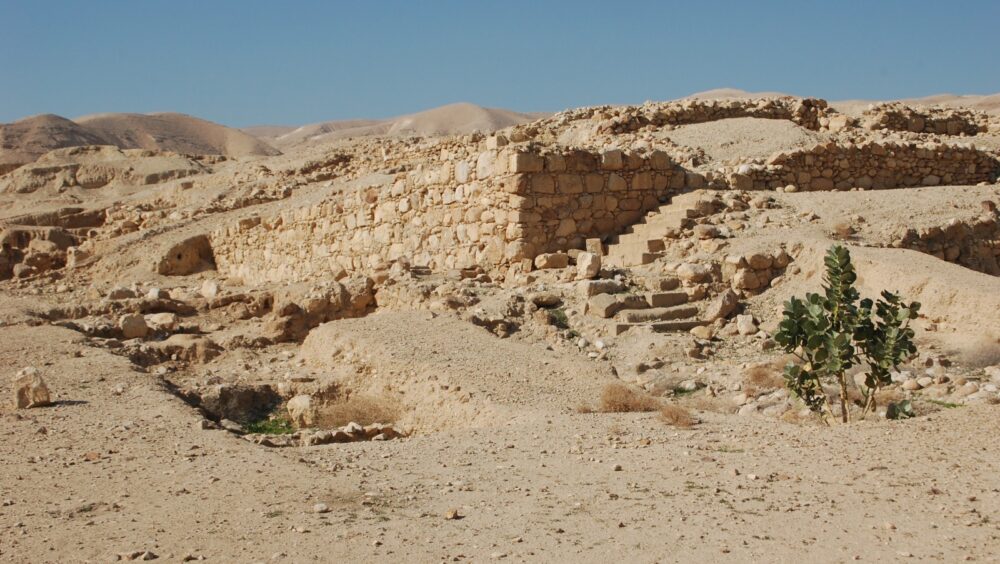 The Jordan Valley city of Jericho, about 15 miles east of Jerusalem, was the relatively warm spot chosen by three kings of the Hasmonean dynasty to build their winter palaces.

Constructed in stages from the end of the second century BCE, the palaces apparently were destroyed by an earthquake in 31 BCE.

Excavated over 10 seasons beginning in the 1970s by Hebrew University archeologist Ehud Netzer, the Hellenist-style palaces featured an open courtyard surrounded by rooms.

There were elegant colonnaded rooms for entertaining, bathtubs decorated with colored frescos, ritual and swimming pools, towers and moats, orchards and ornamental gardens. A building believed to be a synagogue was found in 2001 in the northeastern part of the Hasmonean palace complex.

A perfectly preserved oil lamp from the Hasmonean era was discovered in 2020 during excavations of the Pilgrimage Road in Jerusalem’s City of David, just outside the Old City walls.

The Pilgrimage Road is the monumental thoroughfare through which pilgrims ascended to the Temple Mount in the Second Temple period (516 BCE to 70 CE).

The clay oil lamp is decorated with geometric patterns including a branch and leaves on the spout. Israel Antiquities Authority archeologists say it is typical of the first century BCE, in the final years of Hasmonean rule.

Excavation Director Ari Levy said such lamps were used for lighting buildings and streets, and in Shabbat and Hanukkah candle-lighting rituals.

UNCOVER ISRAEL - Get the ISRAEL21c
Weekly Edition free by email
Sign Up Now!
Bring Israel's story to life.
Millions of people around the world rely on us to gain a deeper understanding of Israel. We are the trusted source for original content you won't find anywhere else.
You can make a difference. Donate today to support journalism that brings Israel’s story alive.
SUPPORT ISRAEL21c
Read more on:   Culture, Archeology, Hanukkah, Israel Antiquities Authority