For a very small country, Israel has some grandiose tourist sites: towering castles and fortresses; Makhtesh Ramon, the world’s largest erosion crater; the 5-kilometer Roman aqueduct in Caesarea; the Western Wall and many others.

However, Israel also has some charming small sights to see. Here are five places to find miniature treasures on your travels.

“See it all, small” is the tagline for Mini Israel near Latrun, 15 minutes from Ben-Gurion International Airport.

Recreated in amazing detail at a scale of 1:25 are about 350 replicas of notable buildings and landmarks populated by 30,000 figurines of people, 500 animal figurines and nearly 5,000 tiny cars, trains, motorcycles and airplanes – many of them in motion.

Laid out in the shape of the six-point star of David, with points representing Tel Aviv, Haifa, the Negev, Jerusalem, the Galilee and central Israel, Mini Israel has been cited as one of the world’s top 10 miniature marvels along with Holland’s Madurodam and Belgium’s Mini Europe. 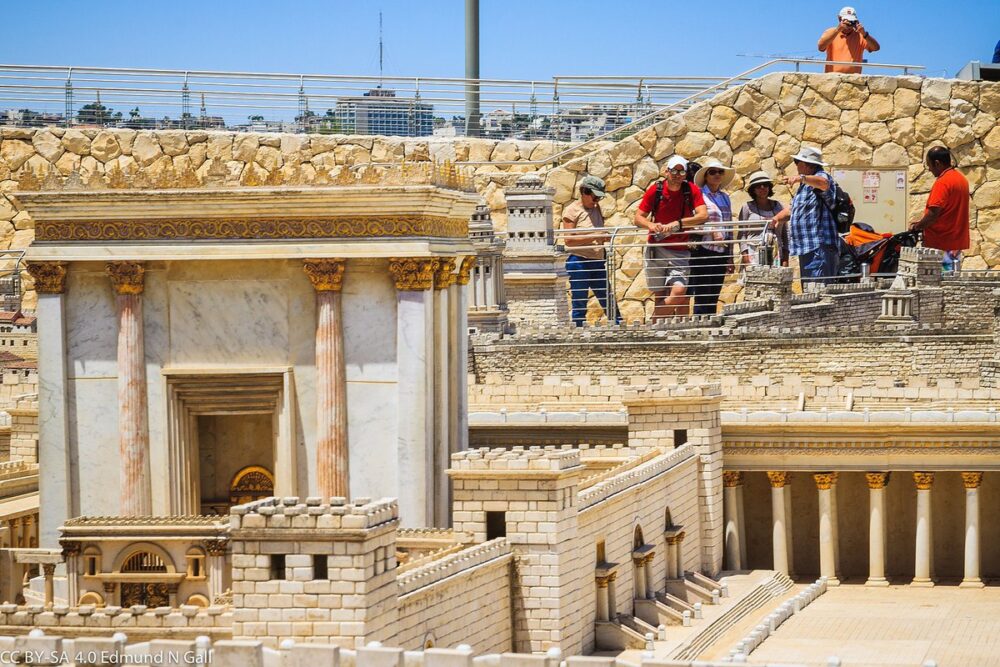 The Second Temple Jerusalem Model recreates the city as it looked in 66 CE, just before the Jews began the Great Revolt against the Romans that ended about five years later with the tragic burning of the Temple and mass exile.

The massive model, covering 1,000 square meters, was created by Prof. Avi Yonah based on descriptions from Jewish sources, the writings of Roman-era historian Flavius Josephus, and archeological evidence. 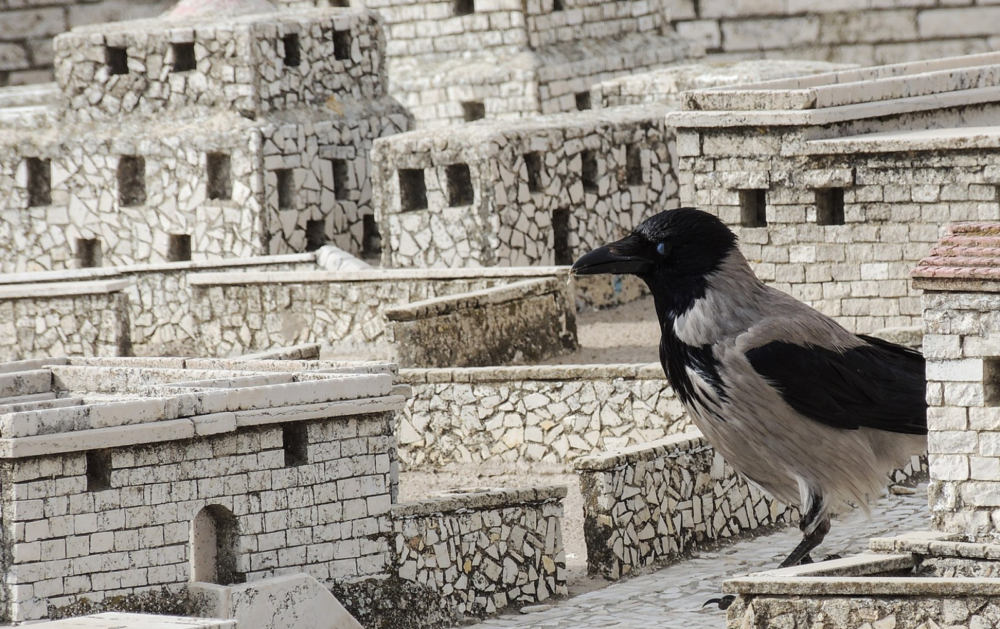 A crow looks like a giant among the miniature models of Jerusalem in the Second Temple Period. Photo by Michael MK Khor via Wikimedia Commons

The model was dedicated in 1966 in the garden of the Holy Land Hotel in Jerusalem, commissioned by the hotel owner in memory of his son who fell in the War of Independence. When the hotel closed in 2006, the model was deconstructed into 100 parts and reassembled on the grounds of the Israel Museum, where it remains a popular attraction. 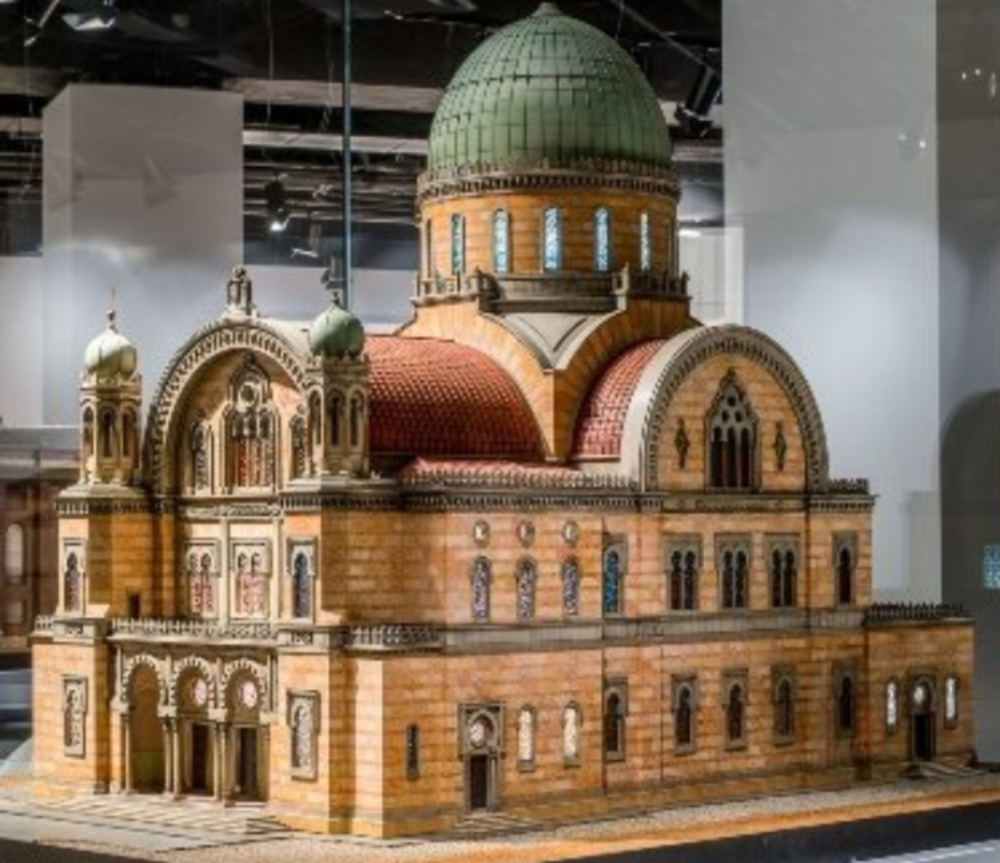 A model of Tempio Maggiore, The Great Synagogue of Florence, Italy. Photo courtesy of ANU

One of the core exhibitions of the renewed ANU Museum (formerly the Diaspora Museum) on the campus of Tel Aviv University is a collection of synagogue models titled “Hallelujah! Assemble, Pray, Study –Synagogues Past and Present.”

The exhibition showcases 21 models, each displayed alongside an original ritual artifact from the synagogue or its respective community, such as a stained-glass window made in Germany in 1919. 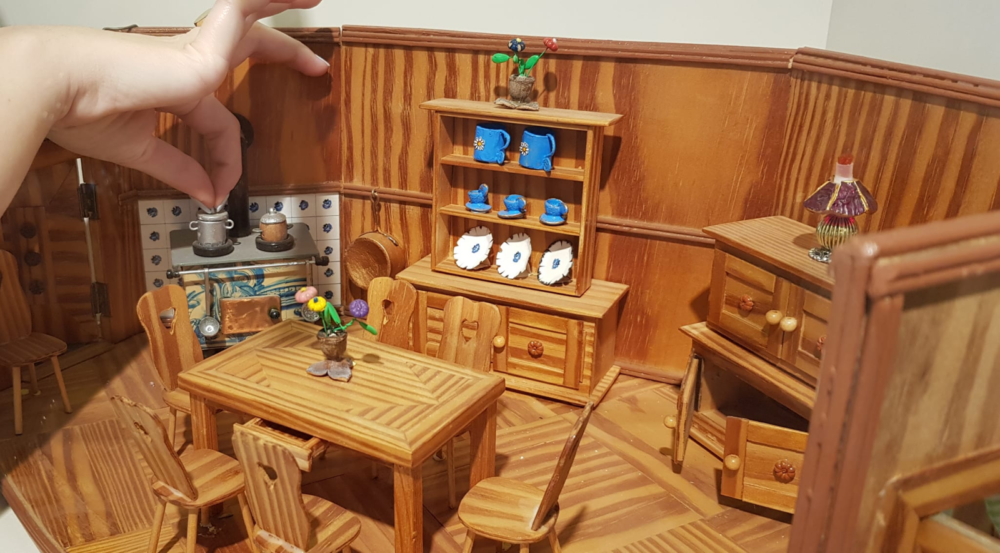 Great Mini World was the creation of miniatures craftsman Herbert Moshe Samter, who passed away in 2020. A former bookbinder, Samter began building models in 1986 using natural materials such as sticks, seeds and leaves.

Here you can see miniature houses, shops, gardens, libraries, musical instruments, doll furniture and more. On the last Saturday of each month, workshops are offered for groups of 10 or more. 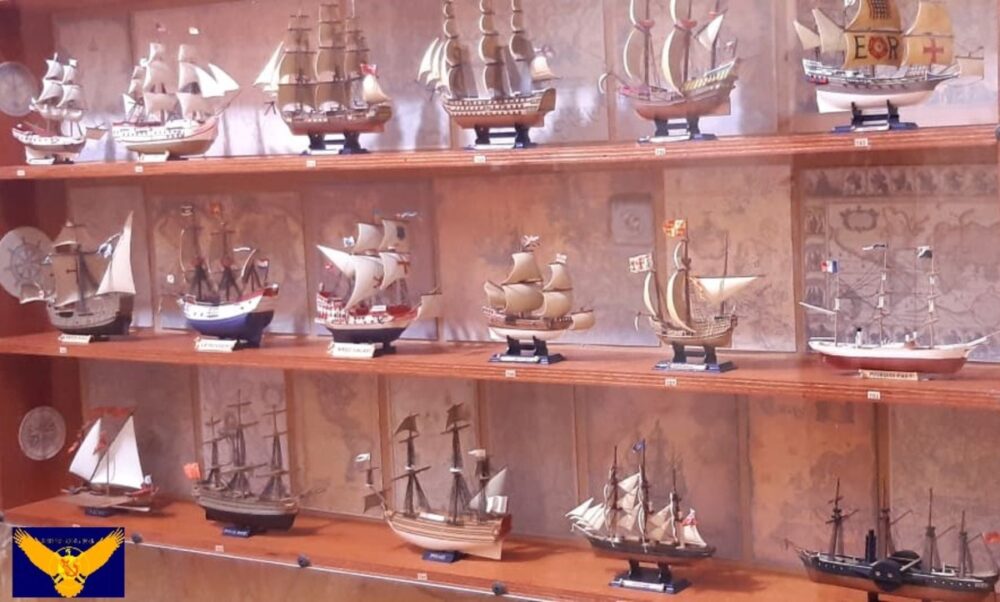 These are among 1,000+ scale models on display at Greif Miniature Model Museum in Haifa. Photo by Dror Doron

Located near the campus of the Technion-Israel Institute of Technology, the Greif Miniature Model Museum contains more than 1,000 scale models built by the proprietor – retired yacht engineer Dror Doron – starting in 1962.

The models are grouped into ships, aviation, ground transportation, firefighting and rescue, space exploration and military history. All signage and guidance are available in English. The museum is open seven days a week, but visits must be scheduled in advance.