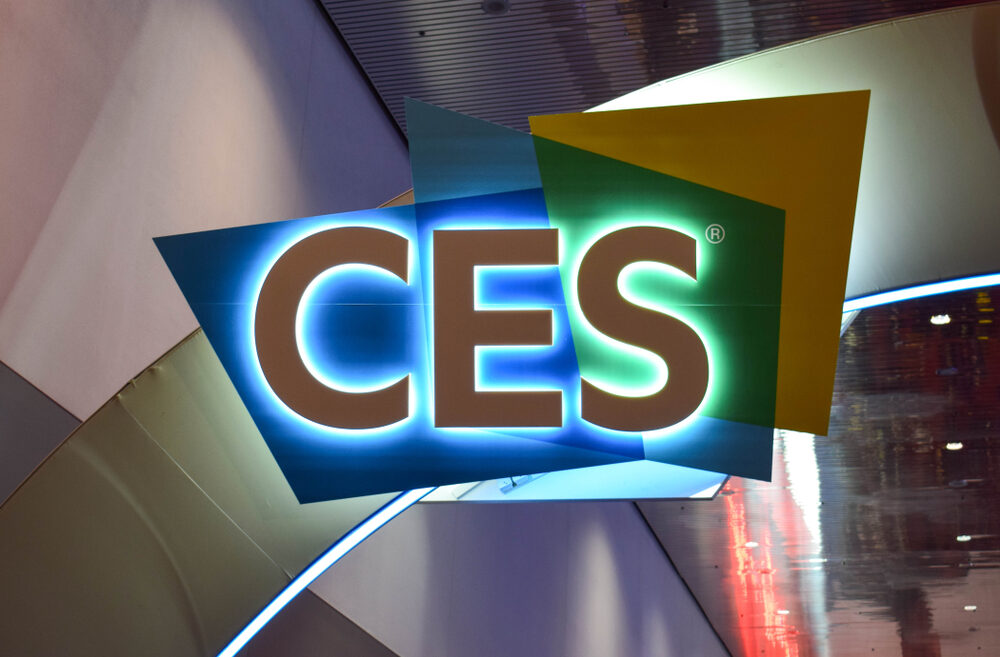 As an indicator of how popular the annual Consumer Electronics Show (CES) has become with Israeli tech firms and startups, Israel’s national air carrier El Al this year offered a special direct flight to Las Vegas prior to the show.

El Al already flies straight to Vegas, but it’s more for fans of gambling and lavish dinner shows; the regular flight lands on a Friday morning. But to entice tech travelers, for whom CES didn’t start until the following week, and for whom a weekend stay would be overkill in Sin City, El Al added a one-time only flight arriving Monday morning, just in time for CES which is running from January 7-10.

The flight quickly sold out.

CES is now in its 52nd year. In 2019, the show hosted some 175,000 attendees and 4,500 exhibitors. Israeli technology can be found all over the sprawling Las Vegas Convention Center including 22 companies at the Israel Pavilion, which is sponsored by the Israel Export Institute.

Here are some of the Israeli companies exhibiting at CES that we’re most excited about this year. 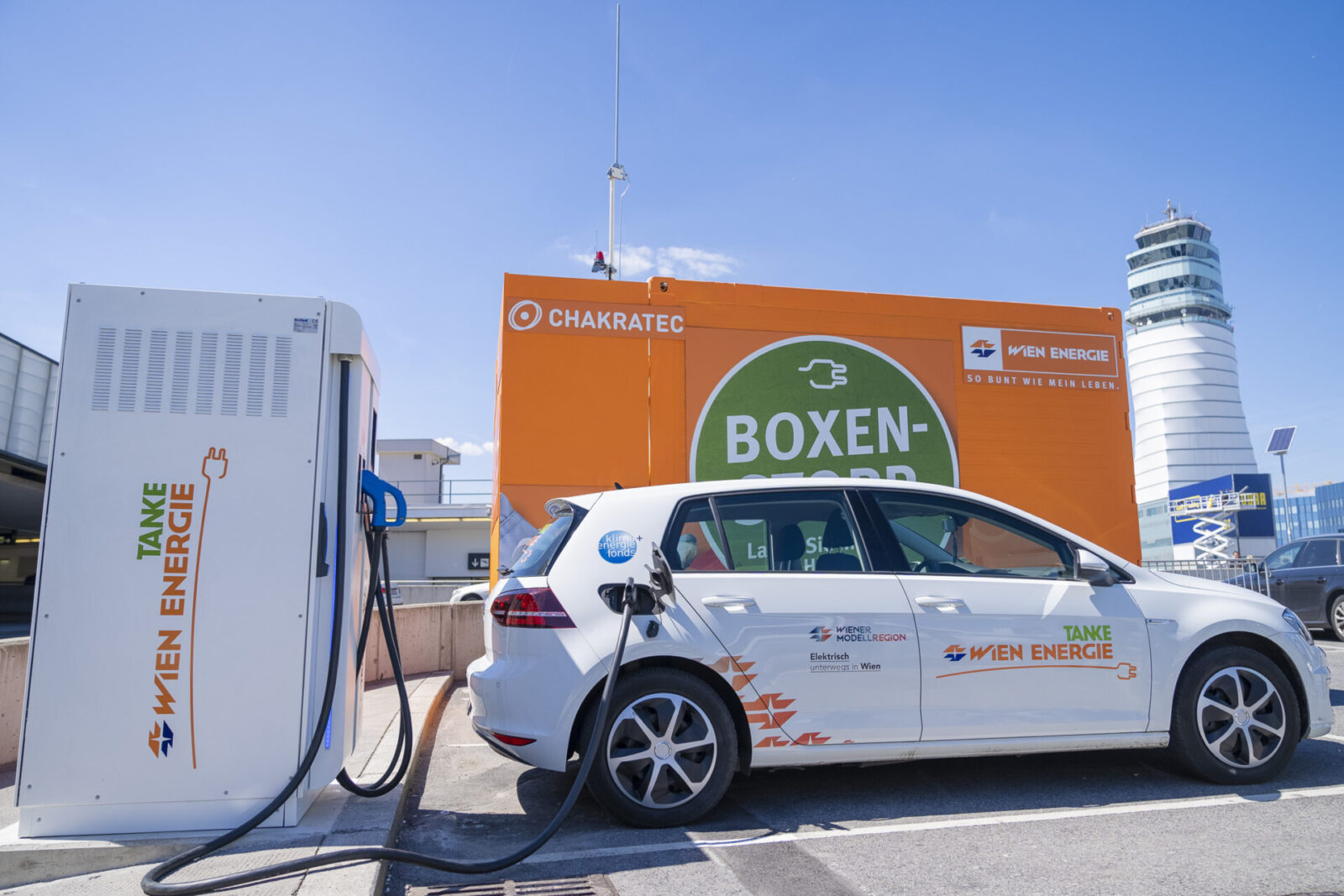 TriEye makes short wave infrared cameras for autonomous vehicles that can “see” even in in poor weather. The company won an award at CES in the embedded technologies category.

BrightWay Vision, like TriEye, has developed its own camera-based approach to piloting autonomous vehicles when visibility is poor. The company raised $25 million in 2019.

Who needs more bandwidth? You do – at home, where your Internet is probably running slow – but also in your car where more devices need to send and receive data but the physical infrastructure takes years to update. Cyphersip can upgrade legacy networks and industries for what it’s dubbed “the superband highway.”

Ever have trouble being understood while talking on a speakerphone in your car? Hi Auto can get you out of the muddle by training a camera on your face to watch your lips move. Add in some sophisticated algorithms and audio misunderstandings are no more.

By the end of this year, some 98% of new vehicles sold will be “connected” to the cloud. Which opens up dangerous possibilities for hackers. vSentry Edge AI from SafeRide monitors a vehicle’s “health” and reports back any anomalies. Machine learning allows SafeRide to understand a car’s “behavior “without any previous knowledge of the vehicle’s properties or protocols.

Is the presenter appearing in that video tutorial real or computer generated? You’ll never know if video is built with technology from Hour One, which uses AI to make it possible for real video images to speak anything you want. The company says it’s useful for business tutorials, but will this further empower “deep fakes?”

So, you’re playing air guitar at home; wouldn’t it be great to see yourself in front of a huge crowd at Wembley Stadium? Spectalix can separate you and your guitar from the background and superimpose it anywhere you like, in live video or a pre-recorded clip. For musicians, athletes and creative agencies.

Air guitar in Wembley not enough for you? Tetavi can turn you into a hologram. The company supplies a kit of 4-8 cameras plus software to “volumetrically” capture your video. You can then place the video in a sporting event, a film production, a video game or a shopping application, no green screen required. 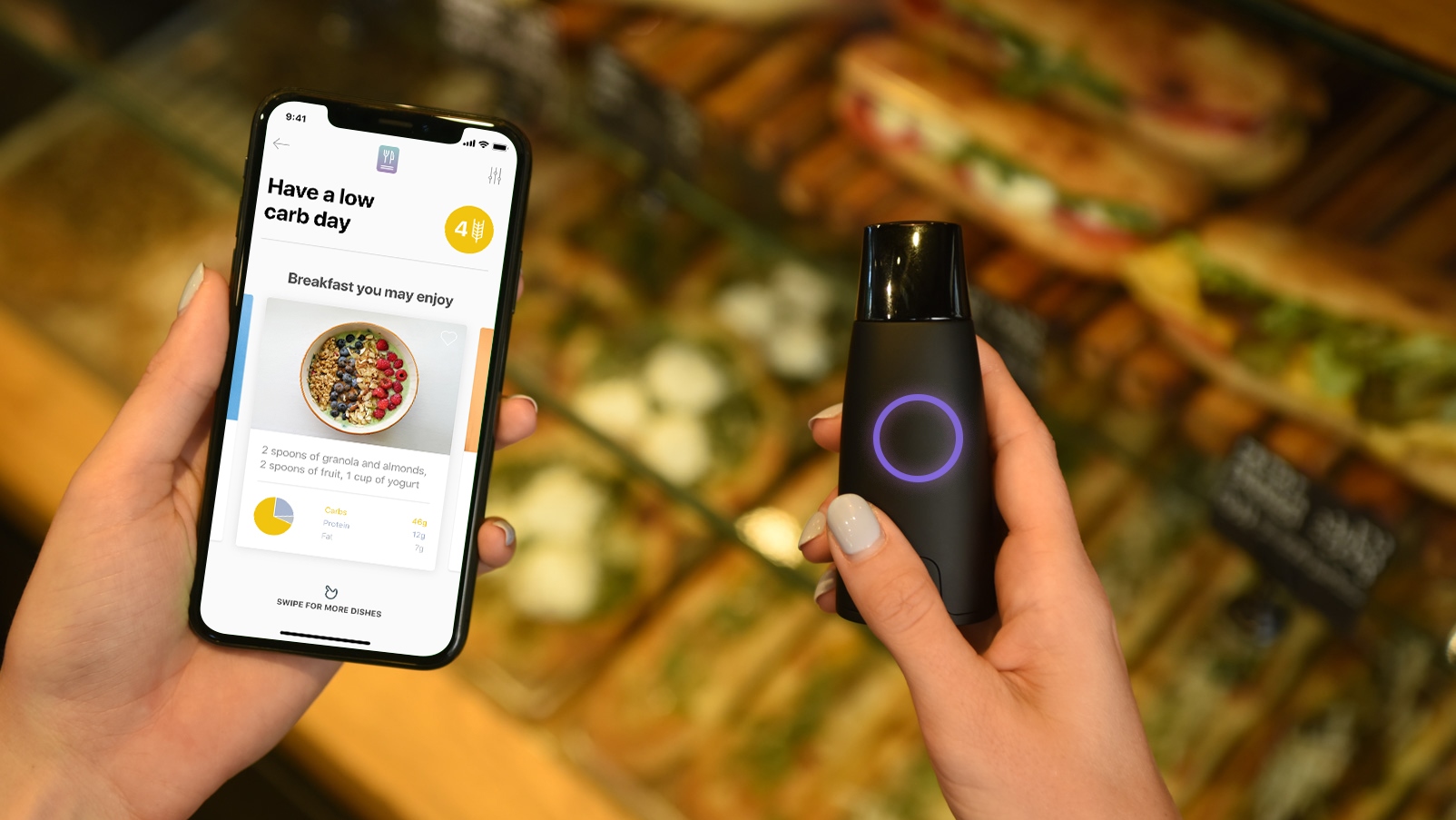 The Lumen device and app monitor your metabolism through breath. Photo: courtesy

It may be winter in much of the world, but come summer, the mosquitos will be back and you’ll want a device from Bzigo. The company uses computer vision and AI to detect mosquitos in your home environment and will show you exactly where on the wall they are. You still have to do the swatting yourself, but that could change in the future.

Essence Group will be showing its new multi-sensor fall detector, which uses the Texas Instruments radar-based mmWave sensor. The aim is to help elderly people lead independent, safer lives. A third of all elderly people living at home alone fall each year, the company reports.

Is your body using more fats or more carbs for fuel? Just breathe into this device from Israeli tech startup Lumen and you’ll get an instant readout of how your metabolism is working along with a personalized meal plan and daily workout tips to make the most of what you eat and how you exercise.

NovaSight is showing off the company’s new CureSight technology which treats amblyopia (lazy eye) at home while the patient watches his or her favorite TV shows. That makes for a much less invasive approach than typical eye-patching techniques for lazy eye. NovaSight is now looking to partner with broadcast and streaming networks to add to the amount and types of content available for the CureSight system.

Do you take nutritional supplements? Sometimes forget which ones you’ve taken? Or you’re just sure which are the right pills? Nutricco combines a diet-tracking app and recommendation engine with a multi-user automated pill dispenser (like a SodaStream for meds) so your nutrition is always on track.

The GENNY home appliance pulls water from air and purifies it for drinking. Photo courtesy of Watergen

Waycare was a shoo-in for CES – the company’s technology, which monitors traffic flow, is already in use in Las Vegas. Waycare uses traffic lights, road sensors, security cameras and data from connected cars to paint a picture of what’s really happening on the roads. With bumper-to-bumper traffic forecast for CES, that may be the best news of the show.

As climate change results in increasing desertification, making some regions drier, the ability to generate water from the air seems like science fiction. But GENNY from Watergen does just that. It’s a 50-kilogram home and office water generator that can produce a liter of water for just two cents. Each GENNY can produce up to 30 liters of water a day.

GENNY won the Energy Efficiency Product of the Year award in the 2020 Smart Home Mark of Excellence Awards at CES. Last year, the appliance won a CES Best of Innovation award.

Edgybees is making its second appearance at CES. The company helps emergency responders by overlaying augmented reality on top of video captured by rescue drones and then delivering that to the operators’ tablet computers. The technology was first proven during 2017’s Hurricane Irma in Florida.

OrCam’s Hear is a wearable device that uses artificial intelligence to allow Bluetooth-enabled hearing aids to distinguish speech more clearly. The technology won an award at CES in the accessibility category. (OrCam makes a range of visual assistance devices).

Firedome makes security software for IoT device manufacturers. It won an award at CES on in the cybersecurity and personal privacy category.