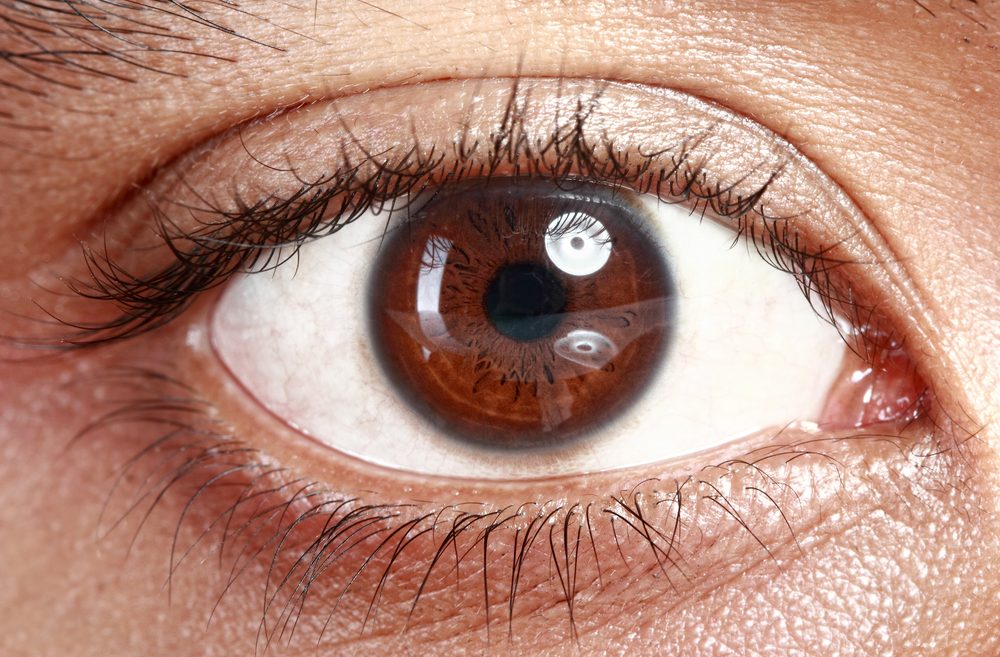 The human eye is miraculously complex. Like any complex system with many delicate parts, myriad things can go wrong and impact our ability to see properly.

While much remains to be learned about how to prevent and fix problems affecting vision, Israelis are at the forefront of innovating solutions for eyes that may be damaged, diseased or losing function due to aging.

Below we summarize 12 revolutionary Israeli therapeutic and diagnostic technologies for eyes.

We have not included the many amazing Israeli assistive technologies for the 250 million people in the world who are blind or seriously visually impaired. Click on the links to read about groundbreaking solutions from RenewSenses, OrCam, ICI Vision, RightHear and Project Ray.

Blurry vision caused by refractive errors — farsightedness, nearsightedness and/or astigmatism — is the most common and correctable eyesight problem. Millions of people wear eyeglasses or opt for laser surgery. Other alternatives are being pioneered in Israel.

Nano-Drops could correct any of the three refractive errors mentioned above. The three-step system will involve measuring refraction using a smartphone app, stamping an individualized optical pattern onto the top layer of the cornea with a proprietary laser device based on that measurement, and then applying synthetic biocompatible protein nanoparticle drops to activate the stamped optical pattern, changing the trajectory of light passing through the cornea. 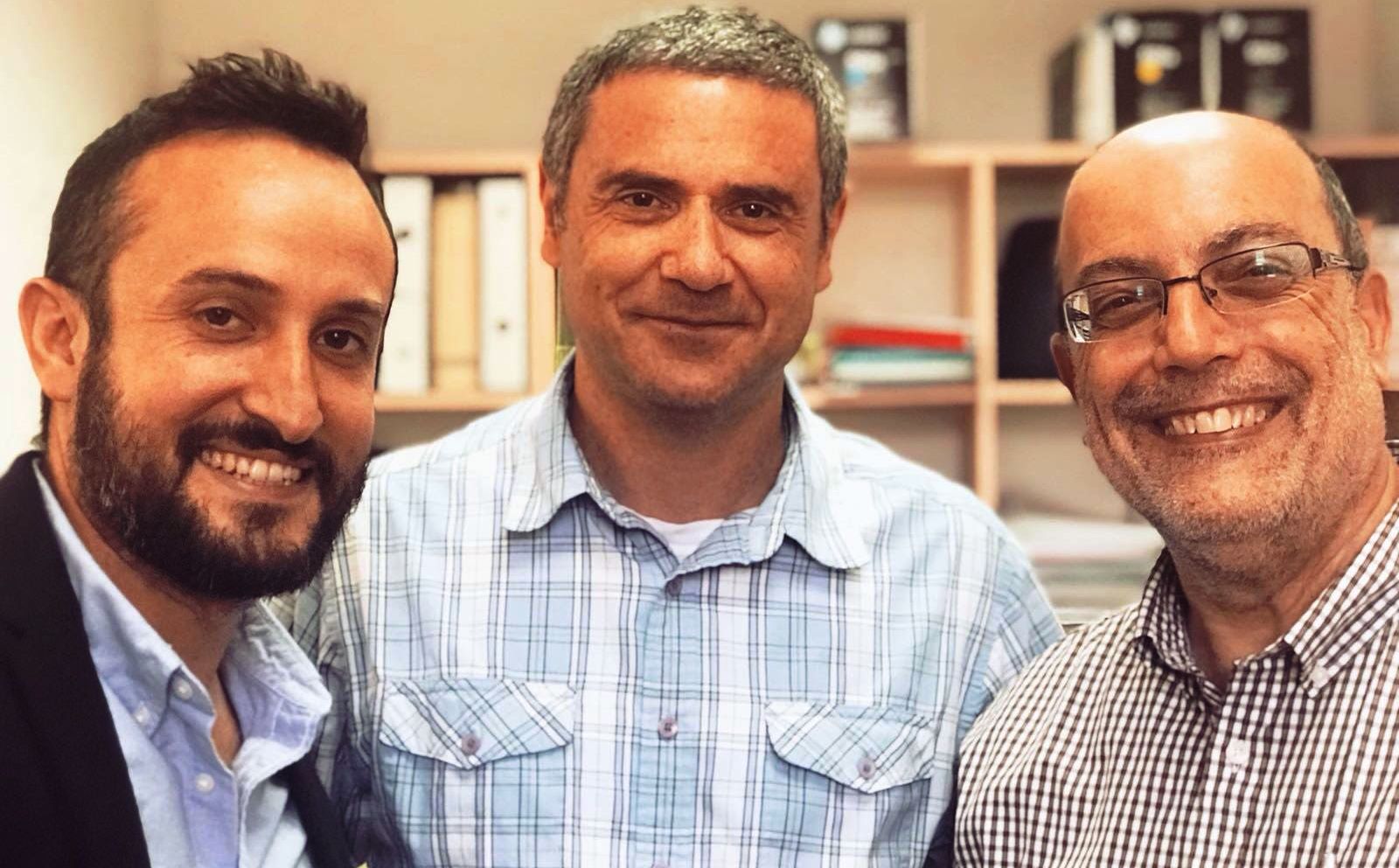 Orasis Pharmaceuticals of Herzliya recently initiated a Phase 2b clinical study in the United States to evaluate its CSF-1 pharmaceutical-grade daily eye drops to replace reading glasses in the millions of people over age 45 with presbyopia – age-related farsightedness caused by the lens of the eye losing its natural flexibility.

DeepOptics of Petah Tikva is developing dynamic electronic multifocal eyeglasses with high-tech lenses that detect viewing distance and adjust automatically for the user. In addition to vision correction, the company also is collaborating with leaders in the augmented reality (AR) space to integrate DeepOptics tunable lenses in next-gen AR headsets.

According to the World Health Organization, diseases of the cornea are the second leading cause of blindness worldwide, second only to cataracts. As many as 30 million people are affected, with around two million new cases each year. Corneal transplants are the most common type of transplant in the world. 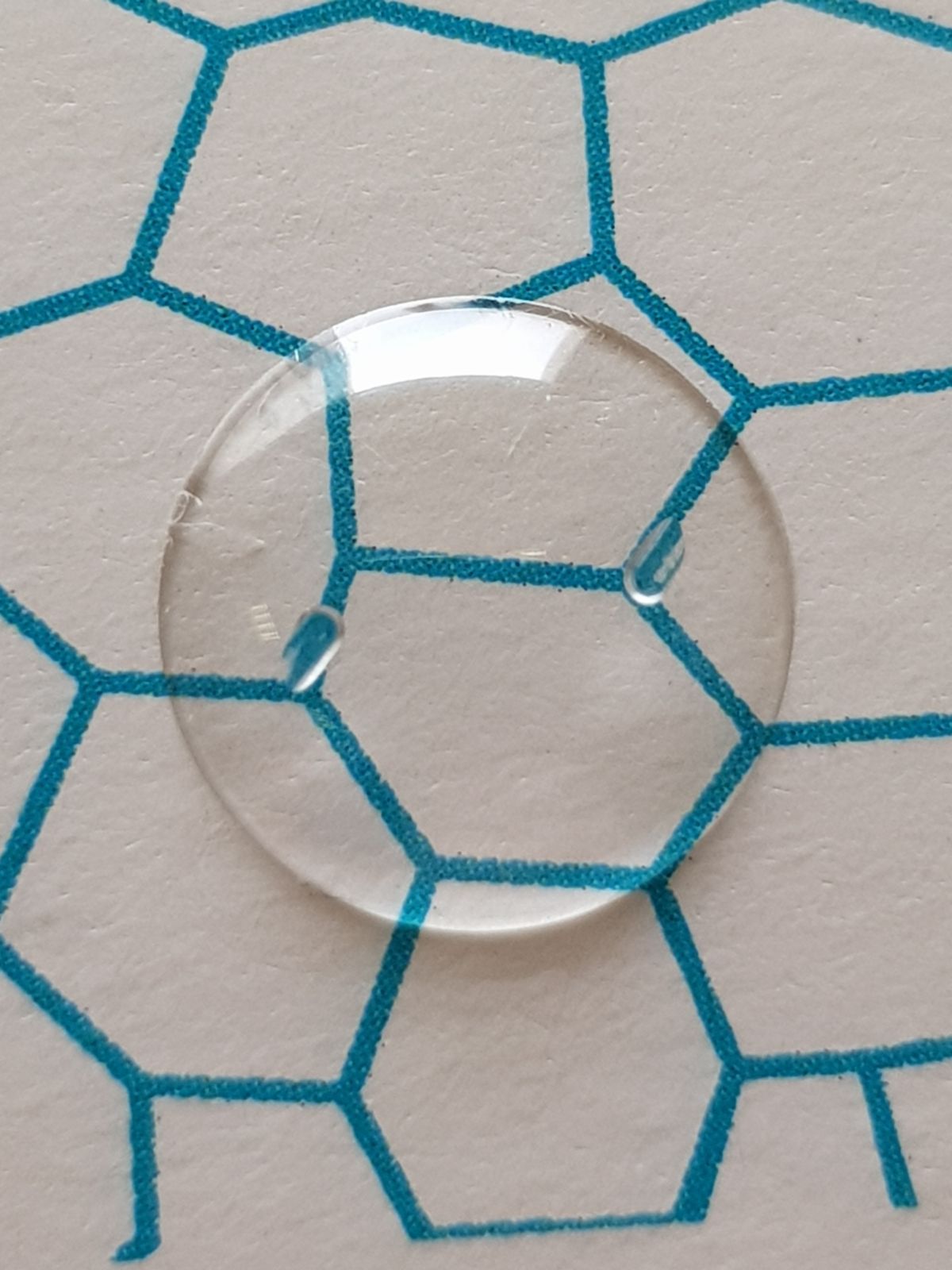 EndoArt is a revolutionary implant that will eliminate the need for human corneal implants. Photo courtesy of EyeYon

EyeYon in Ness Ziona has CE and FDA clearance for its Hyper-CL therapeutic contact lens to treat corneal edema and other corneal conditions including post-surgical conditions resulting from cataract extraction and corneal surgery. Coupled with hypertonic drops, these removable lenses provide better cornea thickness reduction and three times more improvement in vision compared to other therapeutic contact lenses. Hyper-CL is now being tested as a platform for making any topical drops stay on the cornea for increased effectiveness.

EyeYon also is developing EndoArt, a polymer implant that cures corneal edema without the need for a human cornea transplant. Currently, there is only one human cornea available for every 70 people in need of a transplant. EndoArt was implanted in two patients in Israel and is now going into clinical trials at four centers — in Israel, Spain, India and Germany. “This will be a game-changer,” predicts EyeYon cofounder and inventor Dr. Ofer Daphna.

CorNeat Vision of Ra’anana is developing an artificial cornea, CorNeat KPro, which can be transplanted in a simple 30-minute surgery.

Dr. Gilad Litvin, the ophthalmologist who invented the implant, said that following successful preclinical tests on rabbits, clinical trials are planned to begin in October at centers in Israel, France, the United States and Canada initially, followed by China about six months later.

The retina is the inside back layer of the eye that records the images we see and sends them via the optic nerve to the brain. Retina diseases such as diabetic retinopathy, glaucoma and age-related macular degeneration (AMD) are leading causes of blindness.

The ForeseeHome FDA-approved home monitoring test by Notal Vision supports earlier detection of wet AMD in people with intermediate dry AMD. The progression from dry to wet AMD can occur rapidly and lead to severe vision loss if left undiagnosed and untreated.

ForeseeHome, available by physician order and covered in the US by Medicare and most private insurance, takes three minutes per eye. Results are sent automatically to the Notal Vision Data Monitoring Center. The physician’s office is alerted when a significant change from baseline occurs. The company recently received FDA approval of Home OCT System, an AI cloud-based optical platform designed for remote monitoring of retinal fluid changes in patients diagnosed with wet AMD.

Based in Virginia, Notal Vision was founded in Israel and maintains an R&D, engineering and manufacturing facility in Tel Aviv. 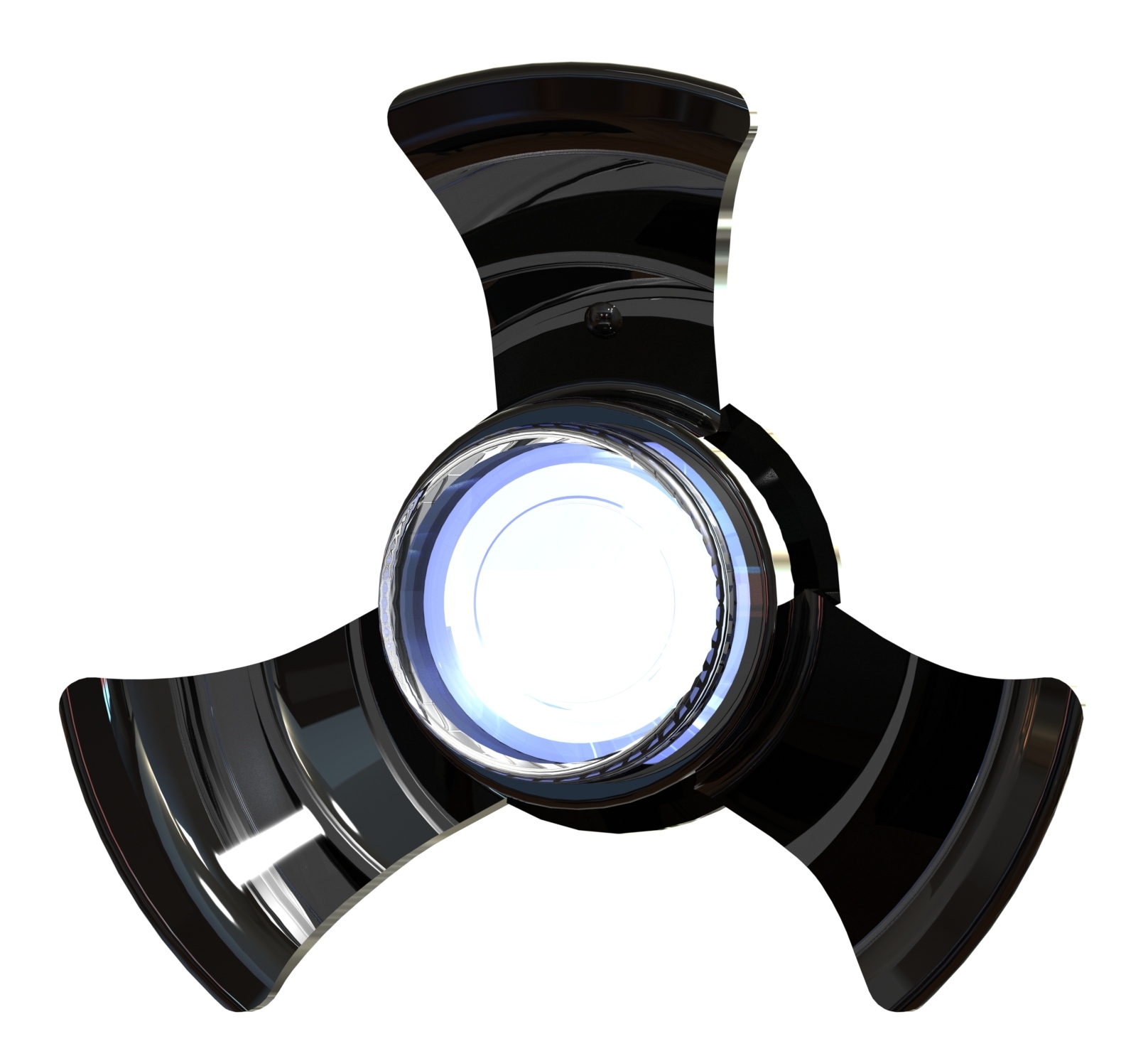 An implantable miniature telescope developed in Israel forms the basis of VisionCare’s treatment for patients 55 years and older (in Europe) or 65 and older (US) with end-stage AMD.

The implant is the only FDA-approved, Medicare-eligible surgical device for advanced macular degeneration in the United States. It is also approved in Europe, Australia, Canada, Israel and New Zealand.

Currently, the VisionCare product may be used in the US and Europe only in patients who did not already have an artificial (intraocular) lens implanted to treat cataracts. Because many patients have had cataract surgery by the time AMD gets severe, the company is investigating the safety and efficacy of replacing a previously implanted intraocular lens with the telescope implant. This could increase the population of patients potentially eligible for the outpatient procedure.

Headquartered in California with most of its operations in Petah Tikva, VisionCare also has CE approval for a newer silicon model of the telescopic lens that requires a smaller incision and thus fewer sutures, together with a new injector system to streamline the surgery.

AEye Health of Tel Aviv and New York invented an at-home retinal diagnostic screening system based on artificial intelligence, computer vision and a database of 100,000 images of the retina and its inner structures.

With pilots in several clinics and two large American hospitals underway, AEye Health aims by 2020 to be the first FDA-approved retinal screening solution for home use. Retinal imaging is a simple procedure that can detect a variety of conditions but fewer than 25% of the high-risk population in the US goes to the doctor for an annual screening because it’s often impractical and expensive.

Nano Retina of Herzliya is developing an implantable chip to restore sight lost due to degenerative retinal diseases. The chip replaces the functionality of the damaged photoreceptor cells and creates the electrical stimulation required to activate the remaining healthy retinal cells.

Stimulation parameters can be calibrated and optimized after the procedure based on the patient’s individual needs. A pair of wireless rechargeable eyeglasses will provide the Nano Retina implant with power, communicate with the implant and allow the patient to fine-tune different light settings at a push of a button.

California-based BioTime and its Jerusalem subsidiary, Cell Cure Neurosciences recently received a $2.5 million grant from the Israel Innovation Authority for continued development of OpRegen, its injectable retinal pigment epithelium transplant therapy currently in Phase I/IIa trials in Israel and the United States for the treatment of dry AMD. OpRegen has FDA fast-track designation and its development also is supported by the California Institute for Regenerative Medicine and Cancer Research UK.

Nearly 3% of children suffer from amblyopia (lazy eye), the leading
cause of vision loss in children. Although the condition is treatable, inaccurate diagnosis and outdated treatment methods often result in reduced vision. 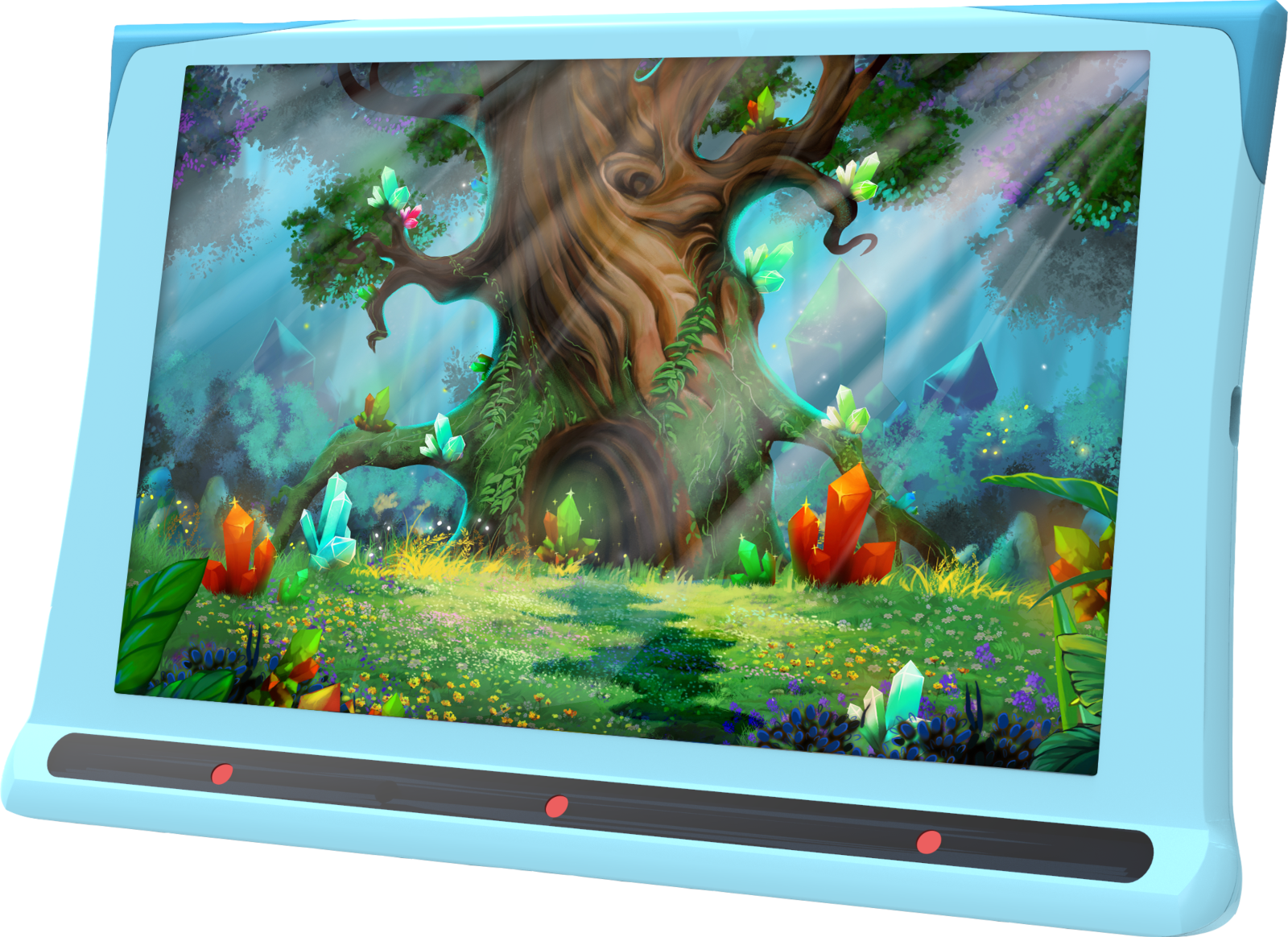 “The traditional treatment for lazy eye is placing a patch over the good eye,” Liran Adlin, NovaSight’s marketing manager, tells ISRAEL21c. “This can be a great source of embarrassment and discomfort for children, resulting in low compliance of 40% and sub-optimal results.

“With our CureSight device, treatment is carried out while the child watches a favorite movie or TV program at home, using sophisticated real-time 3D image-processing algorithms. The system can monitor the treatment progress of the child in real time and provide feedback to the caregivers through tele-medicine. On top of that, CureSight can personalize treatment protocols using AI and big-data analysis to customize to patients’ progress.”

Adlin adds that a clinical study conducted in Sheba Medical Center “showed significant improvement of both visual acuity and stereo-acuity in a cohort of 20 children following 12 weeks of training, with 95% compliance rate.”

Regarding EyeSwift, NovaSight has partnered with a large eye-care corporation to make the system; sales began in the second quarter of 2019.

Medisim of Neve Ilan is working toward FDA approval of BinoVision video goggles to treat children with amblyopia.

BinoVision goggles turn any digital content – movies, cartoons, games, music videos, TV shows — into a fun mode of therapy by presenting separate, independent views of the same image to each eye. The image presented to the amblyopic eye is enhanced as a way of stimulating the brain to improve its visual function.

A prototype tested by Dr. Chaim Stolovitch, chief of the Pediatric Ophthalmology & Strabismus Unit at Tel Aviv Medical Center, was found to be more effective than patching or eye drops. R&D for the final version of BinoVision is continuing at Rambam Health Care Campus in Haifa.

BinoVision streams a different presentation of the same image to each eye simultaneously. Photo: courtesy
UNCOVER ISRAEL - Get the ISRAEL21c
Weekly Edition free by email
Sign Up Now!
Bring Israel's story to life.
Millions of people around the world rely on us to gain a deeper understanding of Israel. We are the trusted source for original content you won't find anywhere else.
You can make a difference. Donate today to support journalism that brings Israel’s story alive.
SUPPORT ISRAEL21c
Read more on:   Health, eyes, BinoVision, NovaSight, Nano Retina, AEye Health, VisionCare, notal vision, EyeYon, Nano-Drops, Orasis Pharmaceuticals, DeepOptics