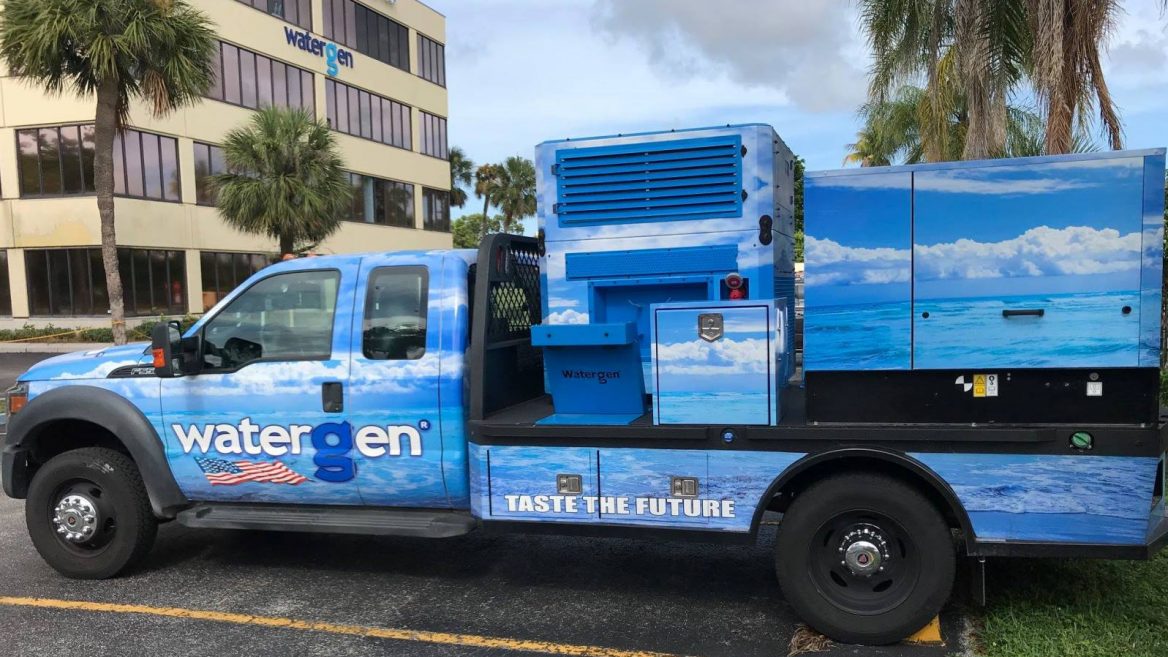 Think self-driving cars are exciting? Imagine how cool it would be to have an autonomous car with a built-in system that produces purified drinking water for passengers from ambient air.

“This technology is one of the most amazing and creative things I have ever seen,” commented actor Wesley Snipes when he saw the made-in-Israel GENius atmospheric water generator demonstrated in a car at the 2019 Consumer Electronics Show (CES) in Las Vegas.

GENius pulls outside air into the car, filters out all pollutants, cools the clean air to its dew point — the temperature at which condensation occurs – and sends it through a multistage filtering process that removes any remaining impurities and adds essential minerals to the water, which is then stored in an internal reservoir and kept fresh through constant circulation.

This is just the latest application of a groundbreaking technology developed by Israel’s Watergen. Miami-based company Watergen USA has exclusive rights to manufacture and sell Watergen products in North and South America and other parts of the world.

He said the company is working with Ford on further development and soon plans to announce R&D agreements with several other automakers, including those in the motor-home sector.

But GENius wasn’t the only Watergen product making a splash at CES 2019.

Watergen’s GENNY home and office water generator was chosen as a CES Best of Innovation honoree in the “Tech for a Better World” and “Home Appliances” categories. 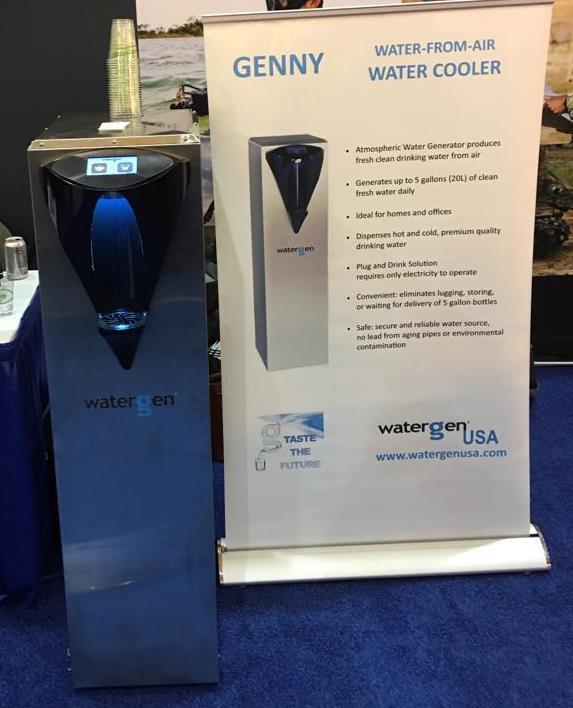 Watergen products in the home, office and car could bring water to places that are lacking and also reduce the use of plastic water bottles, he adds.

The technology is highly scalable and needs only a basic amount of heat and humidity in the ambient air to work effectively. Kaploun says the proper conditions exist in 70 percent of the world.

“At the CES show, everybody was amazed; people kept looking for the water pipes. And many multinational companies announced afterward that they want to work with us to solve the world’s water crises,” says Kaploun.

Watergen has installed pilot projects in India and Asia, and even set up units at the St. Petersburg half-marathon and the FIFA World Cup. 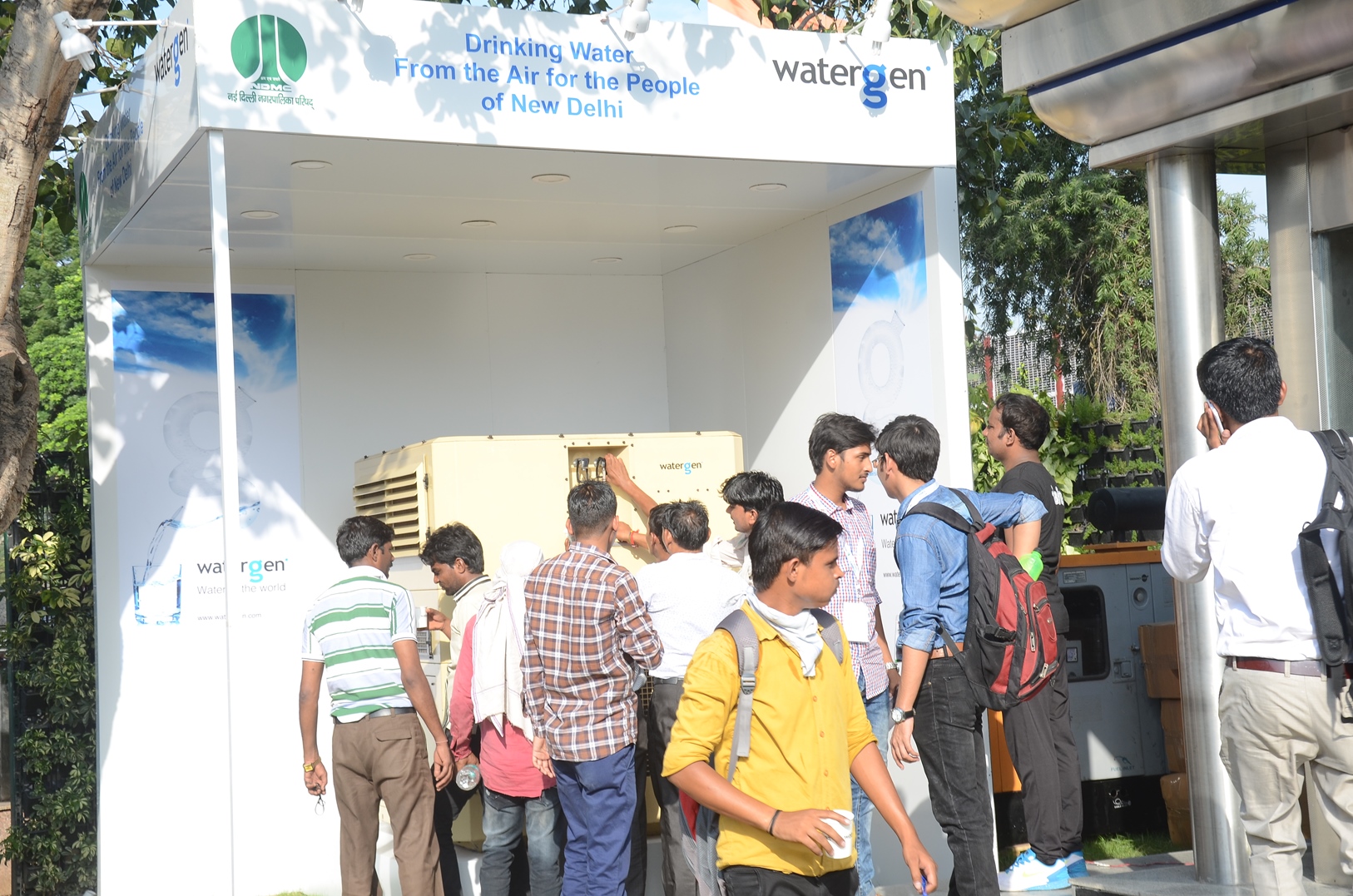 In March 2018, Watergen USA signed a cooperative R&D deal with the US Environmental Protection Agency (EPA) to improve drinking-water access during shortages or contamination events.

It wasn’t long before this agreement was put into action.

In the autumn, Watergen sent GEN-350 atmospheric water generators to disaster zones in Florida following Hurricane Michael; and in California during the massive wildfires. 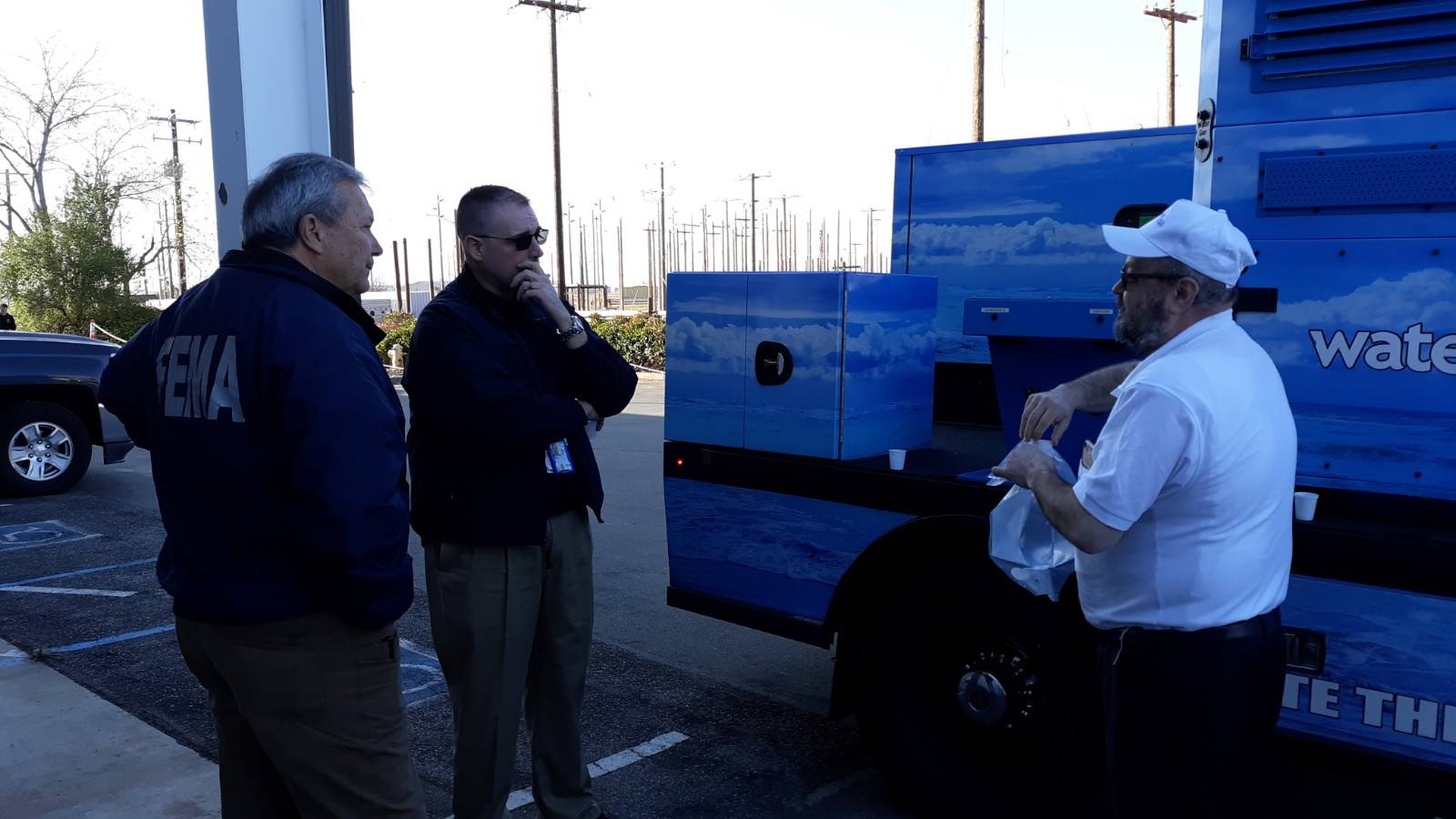 The 800-kilogram (1,763-pound) GEN-350 can produce up to 156 gallons (600 liters) of water per day from the ambient air, using an internal water-treatment system. It needs no infrastructure except electricity, which is supplied from a generator and charging stations on the emergency response vehicle (ERV) that carries it.

Watergen also is sending 10 GEN-350 units to Brazil for installation in schools and hospitals in locations with little access to safe drinking water. This donation follows a visit by Brazilian Minister of Science Marcos Cesar Pontes to Cybertech Israel during which he visited Watergen headquarters in Rishon LeZion. 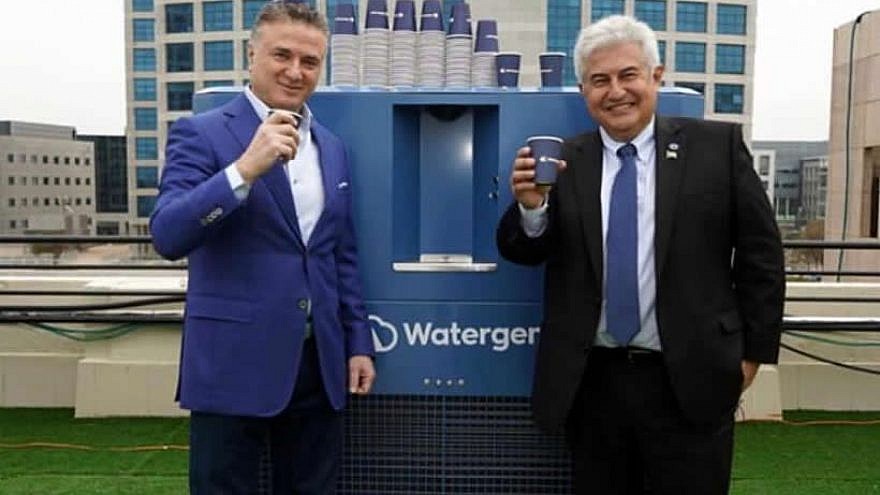 In partnership with the American Red Cross, Watergen developed a specialized ERV for transporting the water-making units, including satellite communication capabilities, emergency power-supply accumulators and storage areas for medical equipment.

Kaploun says he can’t begin to describe the devastating scene in Paradise, California, where GEN-350 provided water for rescue personnel and for people who lost their homes to fire.

“We felt very privileged to bring Israeli technology with our trucks to help alleviate the burden,” he says.

Watergen USA CEO Ed Russo said aid workers can serve for longer periods of time if they have adequate drinking water, and the GEN-350 reduces the number of plastic bottles needed on scene.

“As America’s water crisis worsens, there is no longer any question about atmospheric water-generation technology being a solution. It’s only a question of how quickly we can implement this solution,” Russo tells ISRAEL21c.

Kaploun adds that the units could even help prevent forest fires.
“If they are placed strategically by power lines and are continuously creating water, a spark from the power line would no longer set off a fire.

We are talking with various government agencies about that as well as how to revamp how they supply drinking water after disasters,” he says.

Setting up additional US factories

One idea is plastic-free zones for water fill-ups on academic and corporate campuses, placed and maintained in cooperation with companies or environmental organizations.

Kaploun says he often travels to Israel to meet with the 60-employee Watergen team in Rishon LeTzion headed by President Michael Mirilashvili. The company, founded in 2009 by entrepreneur Arye Kohavi, maintains two factories in Israel.

In Miami, Kaploun heads a staff of 10. “Our team feeds off the incredible desire of our Israeli chairman, who bought the technology to make a difference and impact the world by making clean water available to everybody,” he says.

In June 2018, Watergen’s technology was recognized by the World Economic Forum as a “technology pioneer,” an honor granted to early-stage companies involved in the design, development and deployment of new technologies and innovations with the potential to have a significant impact on business and society.

“Our vision is to ensure that every human around the world has access to pure drinking water, especially when they need it most,” Mirilashvili tells ISRAEL21c. “Watergen USA has helped us expand that mission.”