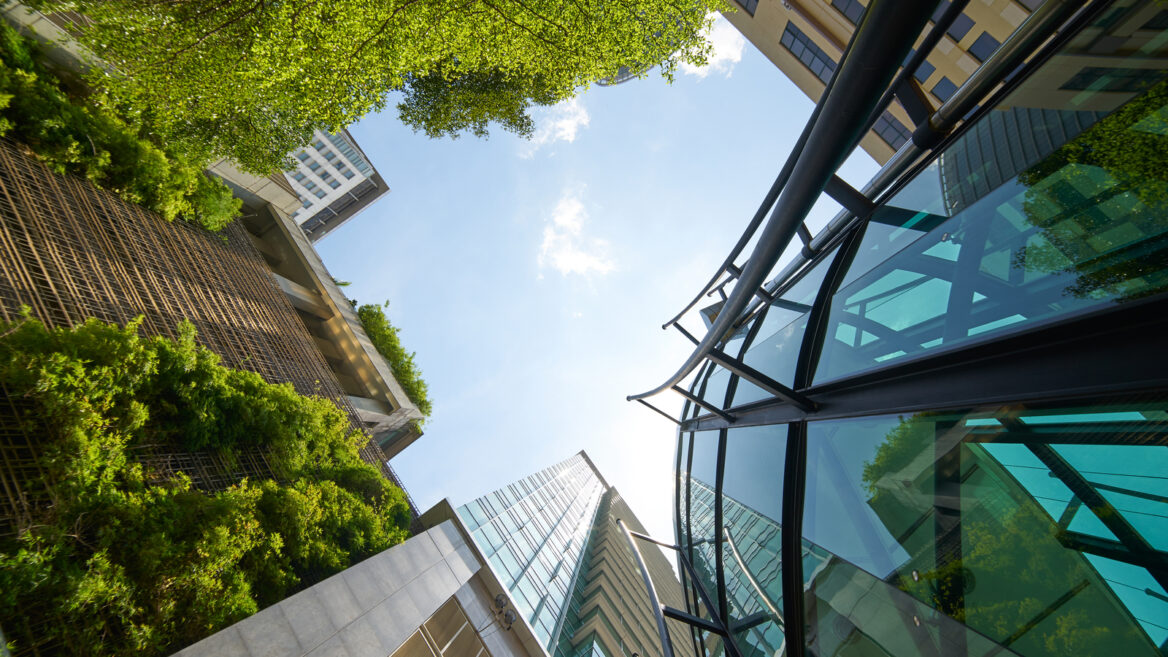 With urbanization processes and global warming, we need to find ways to cool down our cities. Photo by jamesteohart via Shutterstock.com

As a stroll down Tel Aviv’s Ben-Yehuda Street at the height of summer quite clearly demonstrates, our cities are stiflingly hot: lack of shade, ACs spewing hot air on the sidewalks and no breeze make walking outside come August somewhat of a nightmare.

And with urbanization processes, heat islands and global warming, things are likely to get worse.

This is where technology comes in. From buildings that generate their own energy and green walls to smart shade solutions and solar energy storage, there’s plenty to be done to make our cities more bearable in hot weather.

“With the growing urgency around climate change, there is a growing need to reduce the environmental impact of cities and make them more resilient and sustainable. There are many aspects to this challenge, from transportation to construction, urban planning, waste management, food systems and more,” explains Yael Weisz, head of the climate-tech sector at Start-Up Nation Central.

“According to Start-Up Nation Finder, Israel has at least 65 startups and innovative companies with solutions that can directly contribute to cooling down cities, via improving the energy efficiency of buildings, deploying greener construction methods and materials, increasing shade accessibility, and all the way to vertical farming. The Israeli innovation ecosystem can leverage its technology to making cities both smarter and more environmentally sustainable,” says Weisz.

When installed inside, Vertical Field’s sensor-controlled smart planters purify the air from carbon dioxide, and when they’re mounted on the exteriors of buildings they help insulate them from the sun and keep them cool, cutting down electricity costs and CO2 emissions. And wherever they’re placed, they look beautiful.

Shade and lighting are two problems that often plague large, open spaces such as beaches or parks in many cities.

These issues can simultaneously be solved by an innovative fabric called LumiWeave, which during the day provides shade and harvests the sun’s energy, and at night uses that solar energy to illuminate itself and its surroundings. Not only does the result look magical, but it offers practical, flexible and energy-efficient shading and lighting. Commercial installations have recently begun, and we look forward to seeing it in as many places as possible.

More frequent heatwaves mean more electrical grid breakdowns, as everyone simultaneously turns on their AC at the hottest hours of summer. Not only is this hugely inconvenient, but also uses huge amounts of power. One cool solution is to have buildings generate their own power, independent of the grid.

This is what TurboGen is working on, having created microturbines that generate electricity, heat and cooling from natural gas, and in the future also from sustainable sources such as solar energy and biogas.

Using solar energy to cut down on electricity is all very well, but what happens when the sun sets? All that energy goes to waste and regular electricity is once again required to power our cooling systems.

Unless, of course, that energy is stored, and in Nostromo Energy’s case, stored in ice. Its IceBrick ice capsules store energy and direct it to cooling systems in a clean, efficient way (since water can be frozen repeatedly), taking a substantial load off the grid come nightfall and doing away with less sustainable lithium-ion alternatives.

We’ve all heard of harvesting energy from the sun or wind, but what about humidity? Startup ThermoTerra has found a way to harvest power from the energy created during natural fluctuations in humidity, as well as storing and releasing that energy off-grid.

Applications for the technology, the company says, include cooling buildings, cars, and homes, potentially making our cities much pleasanter on so many levels.

Gauzy, an international leader in the field, has developed two technologies that can be installed or laminated onto glass, helping buildings worldwide control their shading and energy control with the click of a button.

Boilers and chillers may seem to be the villains of this article, but this needn’t be the case. As cleantech company Phoebus Energy demonstrates, existing infrastructure can also be utilized to create smart energy, for example by converting the difference in temperature of the water flowing in and out of these devices into energy that in turn can further power the heating and cooling of water. Phoebus’ smart solution is already used in more than 100 facilities across the world, including hotels, cutting down on electricity bills, waste, and CO2 emissions.

SolCold reverses the universally accepted truth that hot surfaces make things hotter. Instead, its nanotech coating uses the sun’s power and the radiation absorbed in surfaces to produce the exact opposite – cold. This means that the hotter the solar radiation, the more the coating cools down, in turn cooling the object that it’s covering, lowering electricity consumption in the form of air conditioning, and reducing greenhouse gas emissions. Cool!

With all due respect to fancy shading solutions, nothing quite beats the pleasantness of sitting under the shade of a tree. The problem is many cities are wary of trees because of the knobbly roots that pop out of the pavements and disrupt urban life. A solution to this problem can be found with TreeTube, a patented steel and plastic modular system that lets tree roots safely grow in a tunnel without disrupting their surroundings. The result: more trees, more shade and less of a heat island.

Early-stage startup BioShade also addresses this issue, this time from a hydroponic shading system angle. Its technology uses a solar-powered, water-efficient smart system to cultivate shading plants that offer respite from the glaring sun. The system is fully automated, low-maintenance and modular, meaning it can create shaded microenvironments across the city.