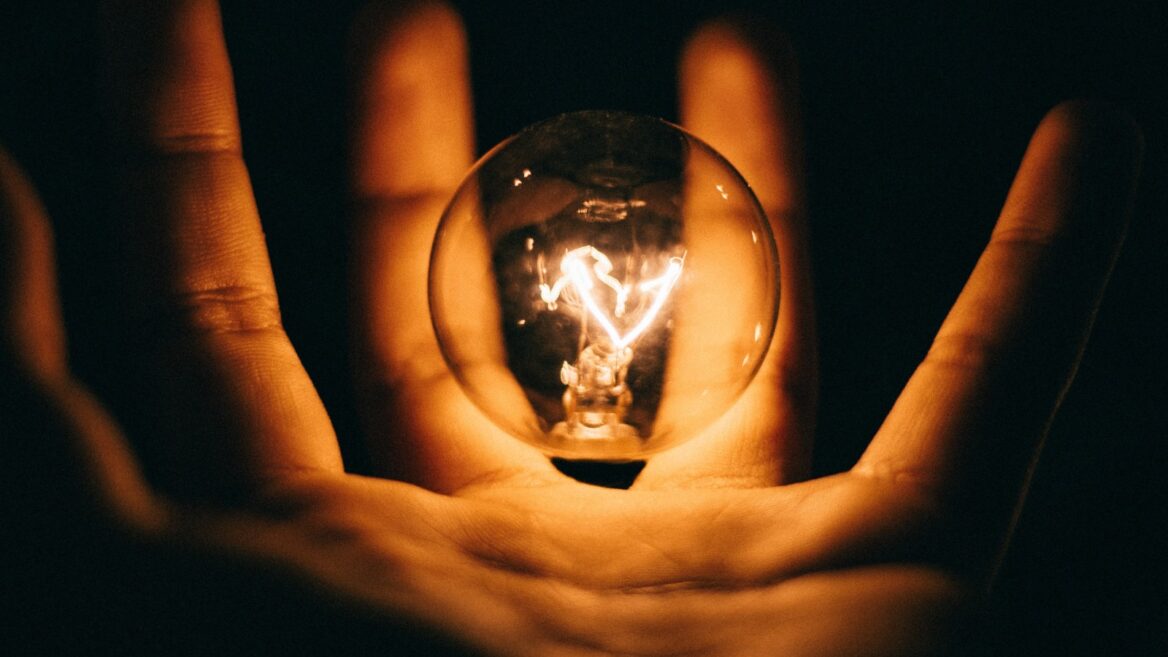 “We need New Yorkers to take IMMEDIATE action: reduce your use of electricity in your home or your business for the rest of the day. We need to avoid energy disruptions during this heat emergency,” the mayor pleaded.

People everywhere can expect messages like this as electricity usage rises and breakdowns in the electrical grid become more common. Extreme weather and widespread adoption of electric vehicles will add even more load in coming years.

One solution is for buildings to create their own energy.

We’re not talking about emergency generators but about stable onsite systems that work 24/7 to provide combined cooling, heat and power — called CCHP in the industry.

Based on proprietary jet-propulsion technology developed at Rafael Advanced Defense Systems, TurboGen microturbines make CCHP from natural gas. In the future, they could be powered by renewable solar, biogas and hydrogen fuels, says CEO Yaron Gilboa.

Natural gas goes into the microturbine to generate electricity. Extremely hot air produced as a byproduct of this process is collected for heating and cooling, Gilboa explains. 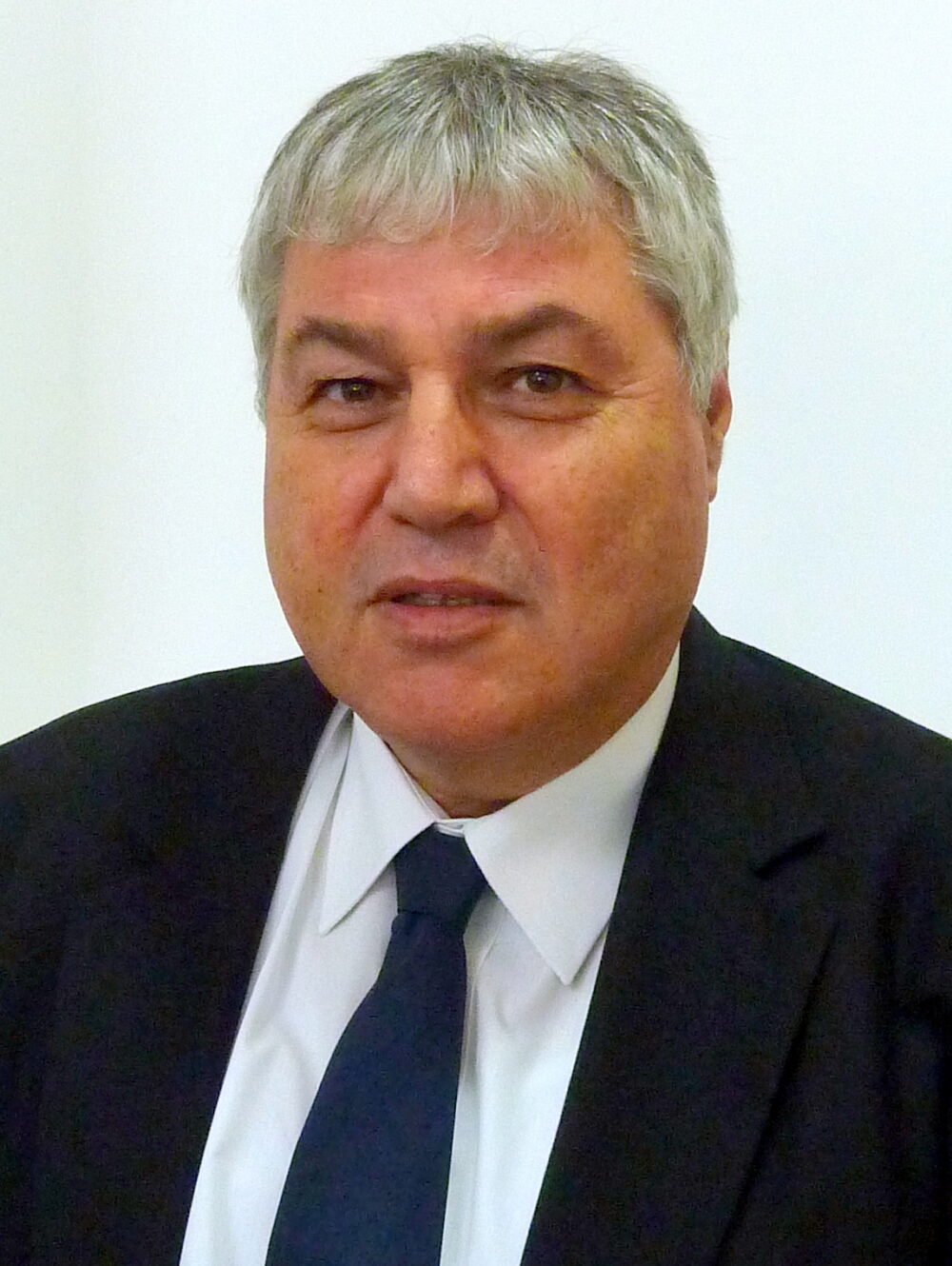 “The hot air goes through a recuperator to a heat exchanger to heat water for bathrooms and kitchens. In the winter it also provides heat for the building,” says Gilboa. “In the summer, we use a dedicated chiller to convert the hot air for air conditioning and refrigeration.”

While a standard generator normally reaches 35 to 40 percent efficiency in terms of the energy it produces, Gilboa says, “the prototype we built at our lab in Petah Tikva will reach 90% efficiency by using the heat from the turbine as a source of energy. We use less natural gas to reach the same level of energy output.”

“The advantages of the system are lowering electricity and heating costs in buildings, providing resistance to power outages, and reducing the amount of greenhouse gas emissions from buildings by replacing the boiler,” he says.

“This technology can also lower real estate and rental prices of apartments and offices.”

Buying the electricity, not the equipment

Gilboa spoke to ISRAEL21c from Manhattan, where TurboGen’s first commercial installation is planned in the second half of next year with a partner, EN Power Group.

“Especially in Manhattan, there is a high financial incentive to replace existing systems with more efficient systems,” he explains, and natural gas already is piped to every building there.

TurboGen’s business model doesn’t require any upfront capital investment for setup and installation. Those costs are absorbed by TurboGen and its partners, including natural gas providers and energy service companies.

“We don’t sell the system; we sell the energy generated by the microturbines at the customer’s facility. The customer signs a long-term contract that will include a discount on regular energy rates,” says Gilboa. 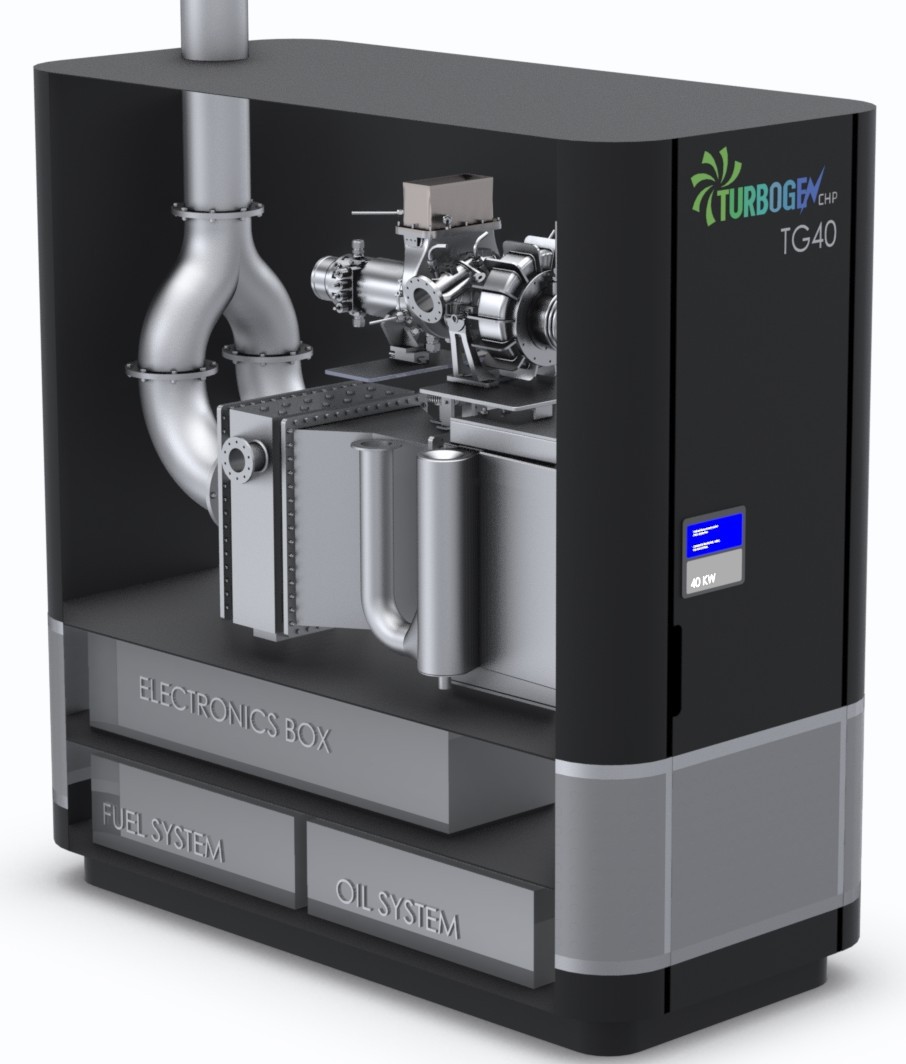 “Our competitors’ systems are mega sized and expensive to install because they require cranes. Ours can go in a freight elevator and are suitable for smaller buildings,” says Gilboa.

Founded in 2014, TurboGen received grants from the Israel Innovation Authority and the BIRD Energy Foundation and is now completing an IPO on the Tel Aviv Stock Exchange.

“We run a very lean operation, with 25 employees — 80% of them in R&D,” says Gilboa, who has 40 years of executive experience and was formerly president and CEO of an American water filtration company.

“Much of the R&D was done at Rafael,” he explains. “We upgraded the product, raising the temperature for greater efficiency.”

Ahead of its commercial launch, TurboGen signed a contract for mass production to be done domestically at Beth-El Industries in Zichron Ya’akov.

Looking to the future, Gilboa relates that the TurboGen microturbines also can charge electric cars onsite. And their patented multi-fuel technology will allow for hybrid operations combining solar and natural gas or hydrogen.

“You will have solar dishes that absorb the sunlight and sends the heat to the turbine to produce electricity during the day. In the evening it uses natural gas or hydrogen,” he says. “When hydrogen gas becomes widely available, our system could run 100% on renewable green resources.”

UNCOVER ISRAEL - Get the ISRAEL21c
Weekly Edition free by email
Sign Up Now!
Bring Israel's story to life.
Millions of people around the world rely on us to gain a deeper understanding of Israel. We are the trusted source for original content you won't find anywhere else.
You can make a difference. Donate today to support journalism that brings Israel’s story alive.
SUPPORT ISRAEL21c
Read more on:   Environment, Technology, Energy, TurboGen, climate change