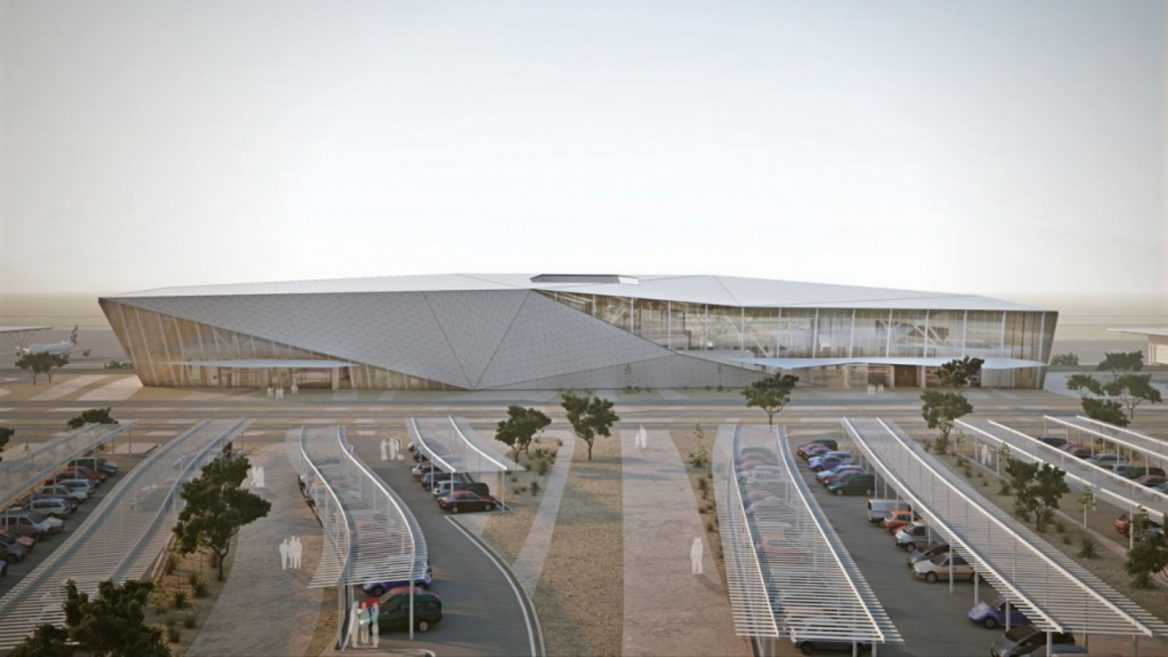 Here’s why you should start getting excited about this southern flight destination.

The airport has been constructed on reclaimed desert land in the heart of Timna Valley, an area rich in copper reserves that has been mined since the reign of King Solomon. The result is stunning, with the glass-cladded terminal providing exceptional views onto the mountainous desert scenery.

The architects behind the project, Mann Shinar and Moshe Zur, designed the airport to fit seamlessly into the surrounding environment. In this spirit, the airport’s terminal building is self-shading and resembles a large desert boulder.

And even more impressive is the view from inside the terminal. There is a free-flowing single floor with nothing but furniture dividing between arrivals and departures. Passengers will therefore have uninterrupted views of the scenery outside as they walk through the airport. 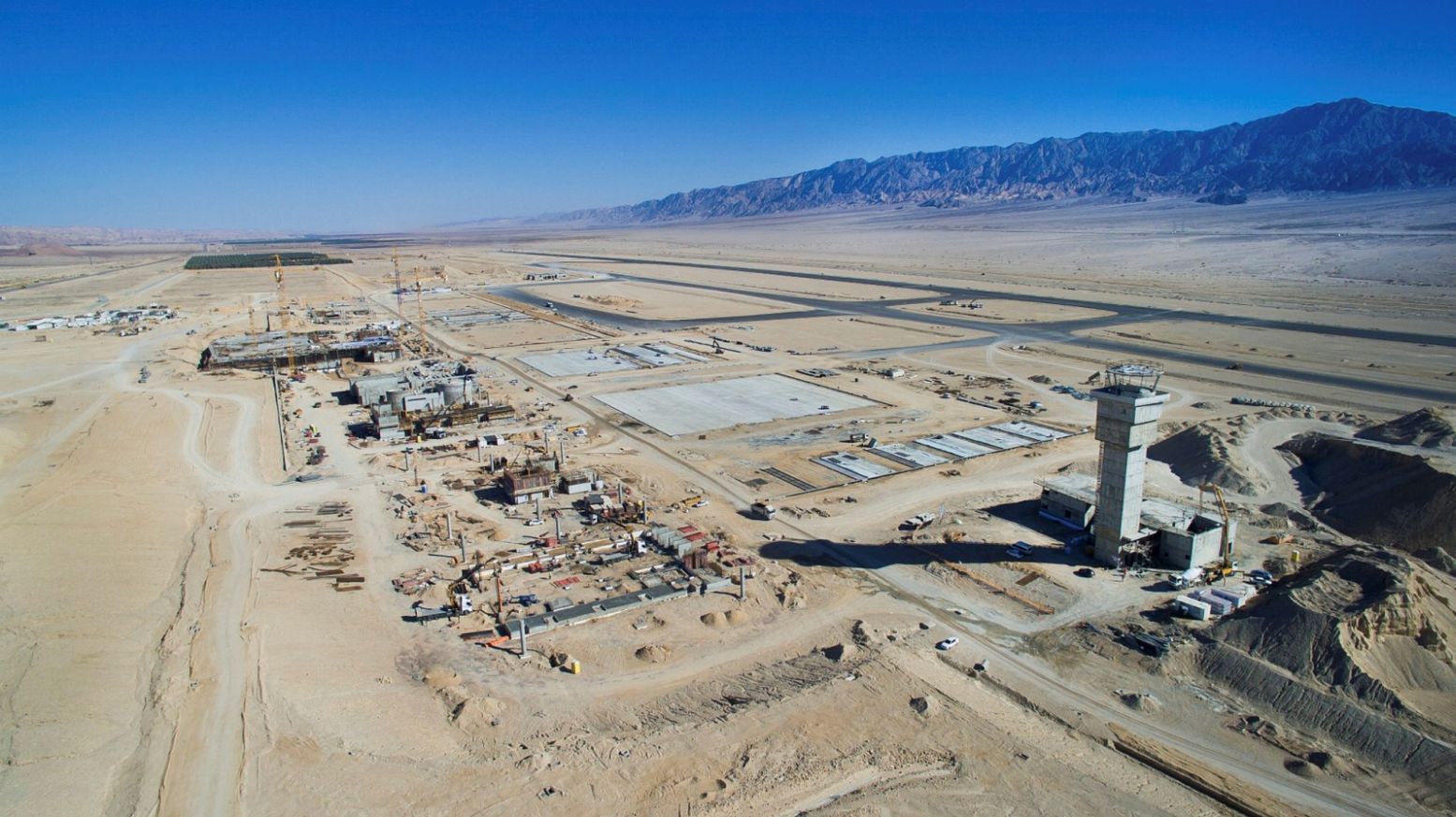 Eilat Ramon Airport under construction in 2016. Photo by Moshe Shai/FLASH90

The new airport will replace two others: Eilat J. Hozman Airport in the center of Eilat, and Ovda Airport 60 kilometers north of Eilat. European tourists heading to Eilat on low-cost flights via Ryanair currently fly into Ovda. This is far from ideal because getting into Eilat requires expensive private taxis or shuttles.

Not only is Ramon Airport closer to Eilat, but a subsidized shuttle service will be provided. The big hope for the Eilat tourism industry is that the accessibility of Ramon Airport to Eilat will improve the marketability of Eilat to foreign tourists. The 1980s and 1990s witnessed a huge boom in foreign tourism to Eilat but this demand has since tailed off with around 128,000 foreign passengers passing through Eilat in 2016.

If there is an increase in low-cost carriers offering flights to Eilat, Israelis can expect to benefit from cheap flights to Europe. Ryanair has already started to offer very affordable flights to a range of European destinations, including Milan, Budapest and Berlin. The only catch is that you’ll need to take a 50-minute connecting flight to Eilat from Ben-Gurion International Airport. During peak season, the savings might just be worth your time.

Ramon Airport will offer all the facilities you might expect to find in a modern international airport: information points, currency exchange, restaurants, shops, prayer rooms and car-rental points. 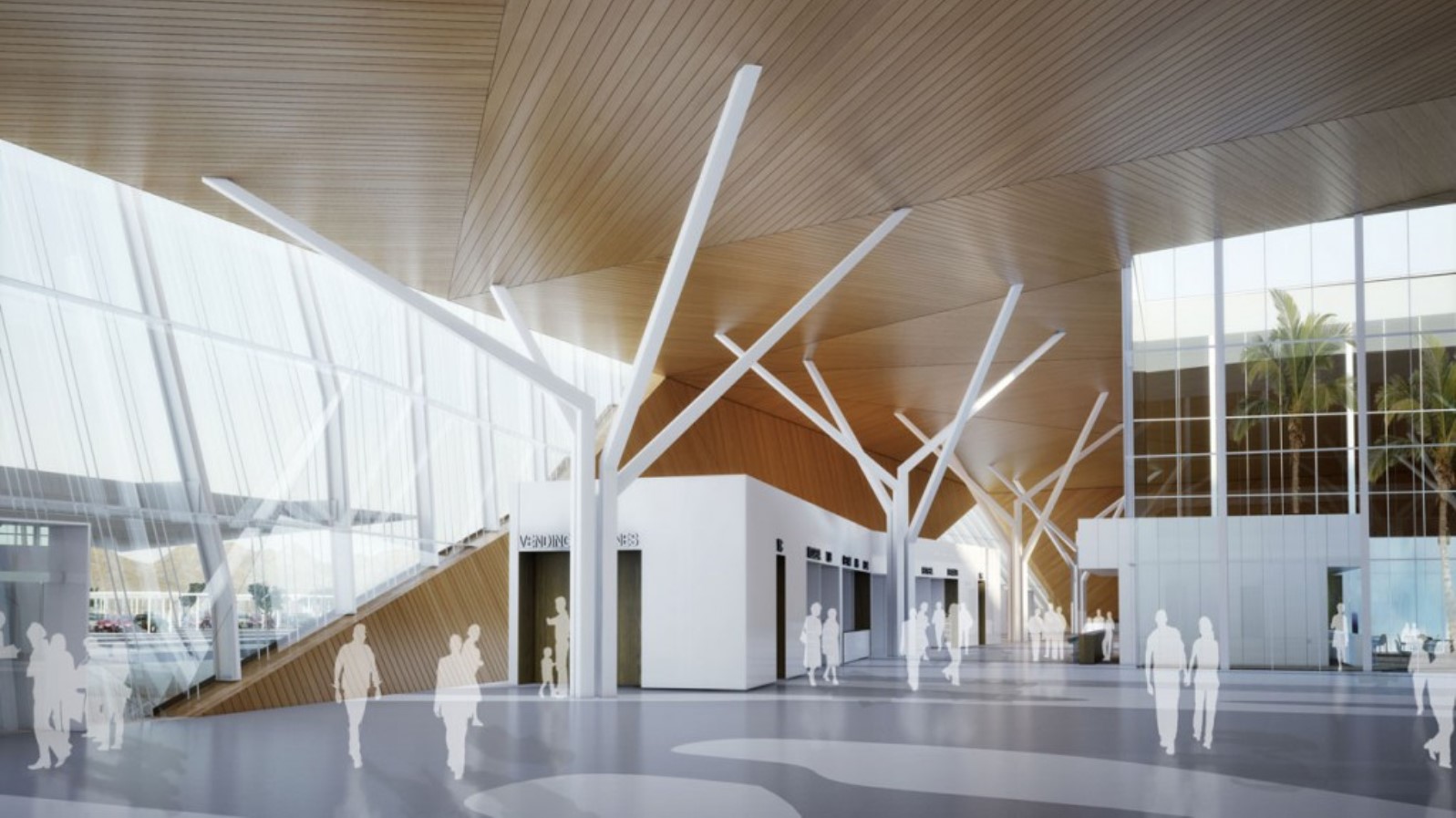 In November 2016, the Transportation Ministry indicated that Israelis traveling on internal flights to Eilat would be able to purchase duty-free goods. According to the current rules, only travelers from abroad may purchase duty-free products in Israel.

It remains to be seen whether goods purchased in duty-free will be any cheaper than the goods that can already be purchased in Eilat, which is exempt from charging Israeli citizens value-added tax (VAT) of 17 percent.

The existing Hozman Airport occupies around 750,000 square meters in the center of Eilat. This has meant that planes fly at close proximity to the buildings and beaches of the city. Not only does this create much noise pollution but it has also stunted Eilat’s development by constituting a barrier between the western and eastern parts of town.

Hozman will be closed down and demolished when Eilat Ramon Airport becomes operational. Plans submitted for approval envisage that the space will be used for a waterway linking to the Red Sea as well as new hotels, tourist attractions and a new residential neighborhood.

It’s not just the proposed development on the site of the current Eilat airport that should develop the city. The new airport may just be the starting pistol for two mega projects that have been discussed by successive Israeli governments for years.

The second such plan is to build a high-speed railway connecting the center of Israel with Eilat, as well as the port of Eilat and the Eilat Ramon Airport. The government approved this project in 2013 but little has been heard since then. The proposed train-line would allow cargo to be moved on freight trains between Eilat and the port of Ashdod, and offer an alternative to Egypt’s Suez Canal.

In response, the government of Israel decided to extend the planned runway for the Eilat Ramon Airport to 3,600 meters. This means that wide-body aircraft will be able to land at the new airport, providing a backup option to Ben-Gurion in the event of a national emergency.

Last but not least, the airport is named after Israel’s first-ever astronaut for NASA, Ilan Ramon, who died in the Columbia space shuttle crash in 2003, and his son, Asaf Ramon, who died in a 2009 training accident while flying an F-16 jet during his mandatory military service.

Perhaps the new airport, with its dramatic views onto the starry skies of the Negev Desert, will inspire a new generation to develop an interest in aviation and astronomy.

Adam Niklas is a guest contributor to ISRAEL21c.

UNCOVER ISRAEL - Get the ISRAEL21c
Weekly Edition free by email
Sign Up Now!
Bring Israel's story to life.
Millions of people around the world rely on us to gain a deeper understanding of Israel. We are the trusted source for original content you won't find anywhere else.
You can make a difference. Donate today to support journalism that brings Israel’s story alive.
SUPPORT ISRAEL21c
Read more on:   Travel, Culture, Eilat Ramon Airport