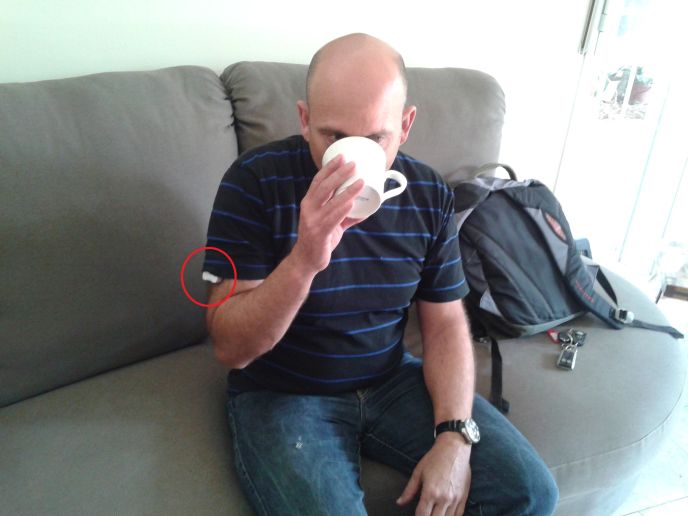 The patch pump is exceptionally lightweight and unobtrusive.

The patch pumps worn by many people with diabetes are a game-changer in managing the daily infusions of insulin needed to control their chronic condition.

Now an Israeli father-son team seeks to further change the game with a significantly lower-cost and “smarter” patch pump, hoping to put the devices in reach of many more patients needing constant medication. Not only millions of diabetics of all ages, but also those with neurological disorders such as Parkinson’s disease, would benefit.

Avi Keret of TouchéMedical stresses that he and his inventor son Amir are not reinventing the wheel, rather making it more universally accessible. “Our device gives the same amount of medication as any other pump; it just delivers the drug in a way that allows for a better quality of life,” he tells ISRAEL21c.

The device would be especially welcome, he believes, in parts of India and other Asian countries with a rising diabetes rate and a high incidence of thalassemia, a genetic blood disorder often affecting multiple members of the same family. A patch pump is the best solution for administering lifesaving medication continuously, but the high cost forces many of these families to share one device, compromising its effectiveness.

“We’ll offer them an alternative,” Keret pledges. “People who have or don’t have medical insurance will be able to afford it. Children all over the world will be able to use it.”

TouchéMedical has applied for a grant from the Michael J. Fox Foundation for Parkinson’s Research to commercialize its prototype pump, which is the result of dogged trial and error.

“To build a patch pump is very difficult and complicated because you need expertise in so many areas — medical, electronic, mechanical, chemical and others,” says Keret, a biomedical engineer with 25 years of experience in developing medical devices and patch pumps at Medingo, the company spun out of Israel’s Rafael Advanced Defense Systems and acquired by Roche Pharmaceuticals.

From its early development stage, TouchéMedical partnered with a world-leading manufacturer of disposable flow-control solutions in an effort to ensure high design standards, manufacturability and low production costs. 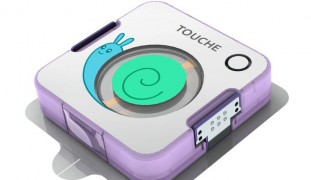 Models for children will be available.

Dr. Orly Eshach Adiv deputy chief of pediatrics at the Meyer Children’s Hospital at Haifa’s Rambam Health Care Campus, tells ISRAEL21c that she looks forward to the commercialization of the TouchéMedical pump, which will have specially designed models for children.

“The three advantages are that it is smaller, the price is cheaper and the accuracy is supposed to be better, so that it can achieve a better blood-sugar balance using a very small amount of the drug. That’s important especially for the pediatric population,” Adiv says. “It should also be more user-friendly than other patch pumps, giving the parents the ability to control the results easily for their kids.”

TouchéMedical has some corporate backers and won a grant from Tnufa, a fund of Israel’s Office of the Chief Scientist to support technological entrepreneurship and innovation.

For diabetes and Parkinson’s

The company’s first goal is to get the product on the market for people with Parkinson’s disease, and then diabetes.

Keret says the belt pumps currently available for Parkinson’s patients have several drawbacks that he has addressed.

One is the size of the unit. A pump worn on a belt can get caught on door handles, increasing the risk of falls. And besides, he points out, “Nobody wants to advertise that they have a condition. They want to be discreet and we want to give them the ability to live that way.”

The TouchéMedical pump is designed for ease of use, and has a fall sensor and Bluetooth connectivity built inside. The device can send an automatic SMS to a caregiver or doctor in case of a fall or other mishap, and allows the physician to monitor dosage administration remotely.

“Our dream is to make it a closed-loop system eventually, so the pump will automatically update the dosage,” says Keret.

Think about the patient

TouchéMedical came out of Keret’s frustration with existing patch pumps.

“I came home from work one day and said to my family, ‘The pump is very big though the amount of drugs is small. We need something smaller – like a syringe without a handle.’

“Three years later, my son Amir came to me with an idea for a totally different type of syringe,” he relates. Amir Keret, a mechanical engineer, is an inventor who holds seven patents.

“We found a way to replace the expensive mechanical parts of the pump with an electronic sensor, so we can use low-cost, low-weight plastic parts. It’s a very light, accurate, low-cost pump.”

It’s also more environmentally friendly, with two parts: a disposable reservoir that is placed on the skin, and a reusable electronic mini pump. “All other pump patches for diabetes are for three-day use,” says Keret. “Ours lasts one year, and you only throw away the disposable parts. We plan to give the device for free and charge only for the disposable parts.”