Hundreds to discuss how wikis can revolutionize the spread of information. Wikimedia Israel is already exporting knowledge to African schools. 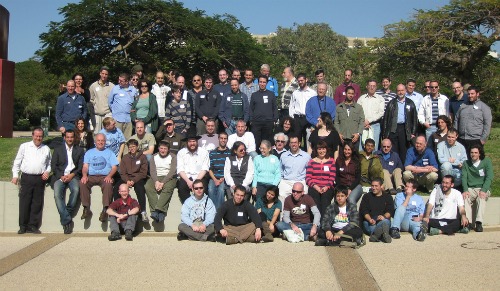 Wikipedia founder Jimmy Wales will mingle among hundreds of people from 52 countries in Haifa from August 4-7, at the annual Wikimania conference, held for the first time in Israel.

Started in 2005 and growing each year, the conference attracts people interested in free and open content/software, global development/education and new trends in the field of knowledge sharing in the Internet age. But mostly, it is a gathering place for those involved in Wikimedia Foundation projects — primarily the world’s most popular source of information, the Internet-based encyclopedia, Wikipedia available in 279 languages.

Spreading knowledge around the world

Among several smaller meetings preceding the Haifa conference will be a discussion of how to help the Wikimedia Foundation in its goal to spread knowledge to the “Global South,” remote places in India, South America and Africa.

“Half of the world is not connected to the Internet,” says Deror Lin, an Israeli lawyer who is one of about 20 members of the three-year-old Wikimedia Israel group. “So the foundation has projects to bring access through Internet or programs in which you send computers with a hard copy of Wikipedia to places that do not have Internet, and in many cases do not have textbooks or even electricity.”

Wikimedia Israel is working with student interns from Ben-Gurion University’s Africa Center to bring Linux-installed computers donated by open-source free software association Amutat Hamakor to schools in Cameroon and Benin, where instruction is in French. The computers are loaded with a static version of the French Wikipedia for classrooms without books or Internet. 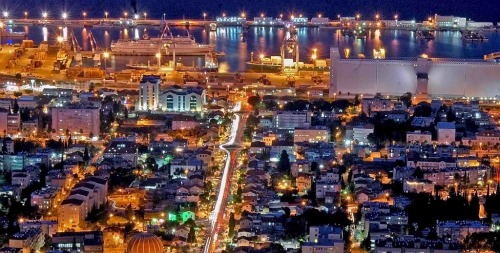 Photo by Zvi Roger, Haifa Municipality
The city of Haifa at night.

“They’ve managed to take small villages from the 17th to the 21st century,” Lin tells ISRAEL21c. “Every time the students go, they update to the next version.”

The student interns are busy beefing up Hebrew Wikipedia’s entries on African countries while they’re at it. “We also want to do a static version of the Hebrew Wikipedia for [Hebrew speakers] without Internet access,” says Lin.

Chaired by Tomer Ashur, Wikimedia Israel is an independent, volunteer-run non-profit that promotes the goals of the San Francisco-based Wikimedia Foundation, a charitable organization encouraging the growth, development and distribution of free, multilingual content input by way of a wiki, a piece of server software that allows users to freely create and edit web page content.

Worldwide, every month about 370 million people read Wikipedia entries, which number 18 million – making it the biggest encyclopedia ever written.

The Hebrew version of Wikipedia contains 120,000 articles submitted by a diverse group of Israeli experts. About a quarter of this material concerns Israel and does not exist in English, says Lin. The English-language Wikipedia has 3.6 million articles and is the fifth most viewed site among English-speakers.

“We think that in Hebrew it’s also about the fifth most viewed site [among Israelis], after news sites, Google and Walla,” says Lin, who wrote many of the articles himself.

The Hebrew Wikipedia’s 39 categories under “Israel” encompass 1,224 articles about villages and cities, 33 about the Israel Defense Forces, 39 on transportation, 22 on UNESCO World Heritage Sites in Israel and hundreds on Israeli culture.

“There are almost 500 articles about buildings in Jerusalem,” Lin says, explaining that Wikipedia encourages broad entries followed by subcategories. An article about Israel leads to articles about Jerusalem, each of its neighborhoods, specific streets and buildings, and finally articles describing what is inside the featured buildings.

Wikimedia Israel is developing a Pikiwiki free image collection project in cooperation with the Israel Internet Association and the Center for Educational Technology, which are co-sponsors of the conference. Images depicting Israeli history, geography and society are to be offered freely online.

A coup for Haifa

Lin spearheaded the drive to bring Wikimania to Haifa, along with several other Wikimedia Israel volunteers eager to host Wikipedians from countries including India, China, Macao, Nepal, Uzbekistan, Bolivia, Venezuela and Chile.

“I was born in Haifa, and I think it’s a great city to show what the Middle East should be like, with all religions living and working together,” Lin explains.

“This is the first time there will be a beach party at a Wikimania conference, and we have arranged organized free tours for participants to Jerusalem, the Galilee and around Acco [Acre] and Haifa as well.”

The event at the Haifa Auditorium will include 125 sessions as well as workshops dealing with free content, open source, Internet-age copyrights, web communities and networks, education and knowledge acquisition.

Wales will deliver his annual “State of the Wiki” address. Deans from the University of Haifa and Bar-Ilan University are planned speakers along with Prof. Yochai Benkler, professor of law at Harvard University, and Joseph Reagle, a fellow at the Berkman Center for Internet and Society at Harvard and author of Good Faith Collaboration: The Culture of Wikipedia.