When Evgeni Machavariani and his wife became new parents, they couldn’t agree on why their baby was crying. Was the baby hungry? Wet? Tired?

For most couples, this situation might result in standard sleep-deprived strife. But Machavariani was also a senior hardware developer and electro-mechanical robotics engineer in the IDF’s elite Talpiot technology and science unit. He teamed up with another Talpiot alumni, Shauli GurArieh, a software whiz.

The two wondered if they could use the same kind of miniature devices they’d built in the army to control missiles to control, well, babies.

The result of their research is LittleOne.Care, a Tel Aviv-based startup that has created the first wearable wellness product for babies.

The LittleOne.Care device snaps onto a baby’s clothing just above the diaper line. It includes a tiny accelerometer — the same kind that’s in our mobile phones — to measure how and when the baby is moving.

A voice recorder captures the baby’s babbles, cries and eventually words. Artificial intelligence then turns those moves and sounds into actionable data for parents. 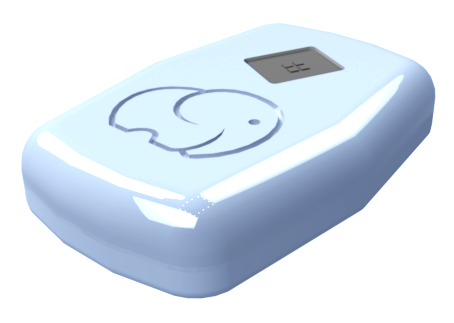 LittleOne.Care outputs its understandings in two ways. First, the device has different colored lights which flash depending on what the AI has determined a baby’s cries mean. (As with all AI, the neural network “learns” over time, so the more you use it, the smarter it gets.)

If the device senses the baby is not moving at all, it not only changes color but sounds an alarm. In this sense, LittleOne.Care is like other devices meant to monitor for SIDS – Sudden Infant Death Syndrome.

The LittleOne.Care device does not have a Bluetooth or WiFi transmitter to connect with parents’ cell phones.

“Parents told us that they won’t put anything next to their baby that includes any kind of radiation,” Meoded tells ISRAEL21c.

But when you plug it in to charge (while the baby is in the bath, for example), the monitor transfers all the data it has collected to an accompanying app that generates a complete diary of the baby’s day.

The app’s main interface appears as an hour-by-hour calendar. The interface is divided into three sections: sleep and activity, laughter and crying, and “other” activities added by the parent through LittleOne.Care’s voice recorder.

The ability to see this data side-by-side allows parents to understand that a particular cry at 10am was for hunger, not sleep (since it was followed by feeding, not a nap) and to make data-driven correlations. 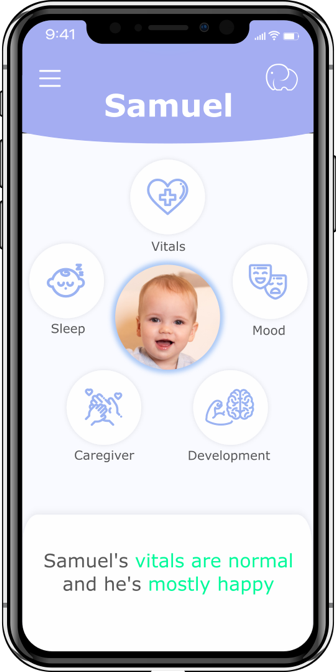 LittleOne.Care fits into the lifestyle of millennial parents, where everything is measured.

Another action common to millennial parents is keeping a real-time baby diary. “Moms are texting all the time to makeshift electronic baby diaries: when did my baby go down to sleep, when did I change the diaper, what did the baby eat?” Meoded says.

With LittleOne.Care, you don’t have to write anything. The device measures sound and movement; tell the device what you’re doing, and it converts your speech to text.

Meoded emphasizes that, unlike the privacy scandals that have plagued devices such as Amazon Alexa, LittleOne.care’s monitor doesn’t share anything with the cloud and is fully compliant with European GDPR data privacy rules. 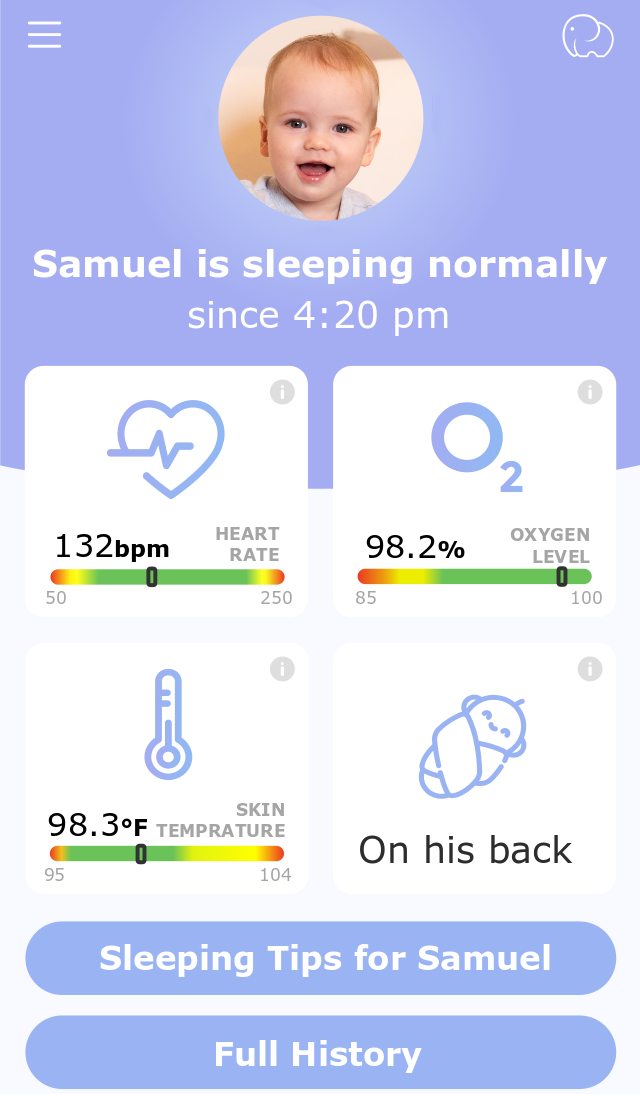 But if you want to share, you can. The data LittleOne.care collects can be helpful when working with infant advisers. If your baby isn’t sleeping or developing properly, the first thing a sleep specialist or occupational therapist will ask you for is details about the baby’s day. When did the baby crawl? Did the baby sleep more on its back or stomach?

The device’s accelerometer can measure whether a baby has been shaken or fell off the changing table while in a caregiving situation. This information would be important in evaluating the baby’s safety and in seeking medical care.

It sounds intrusive, but in an age where parents routinely install nanny-cams, Meoded insists LittleOne.Care’s reporting system is safer and more efficient. 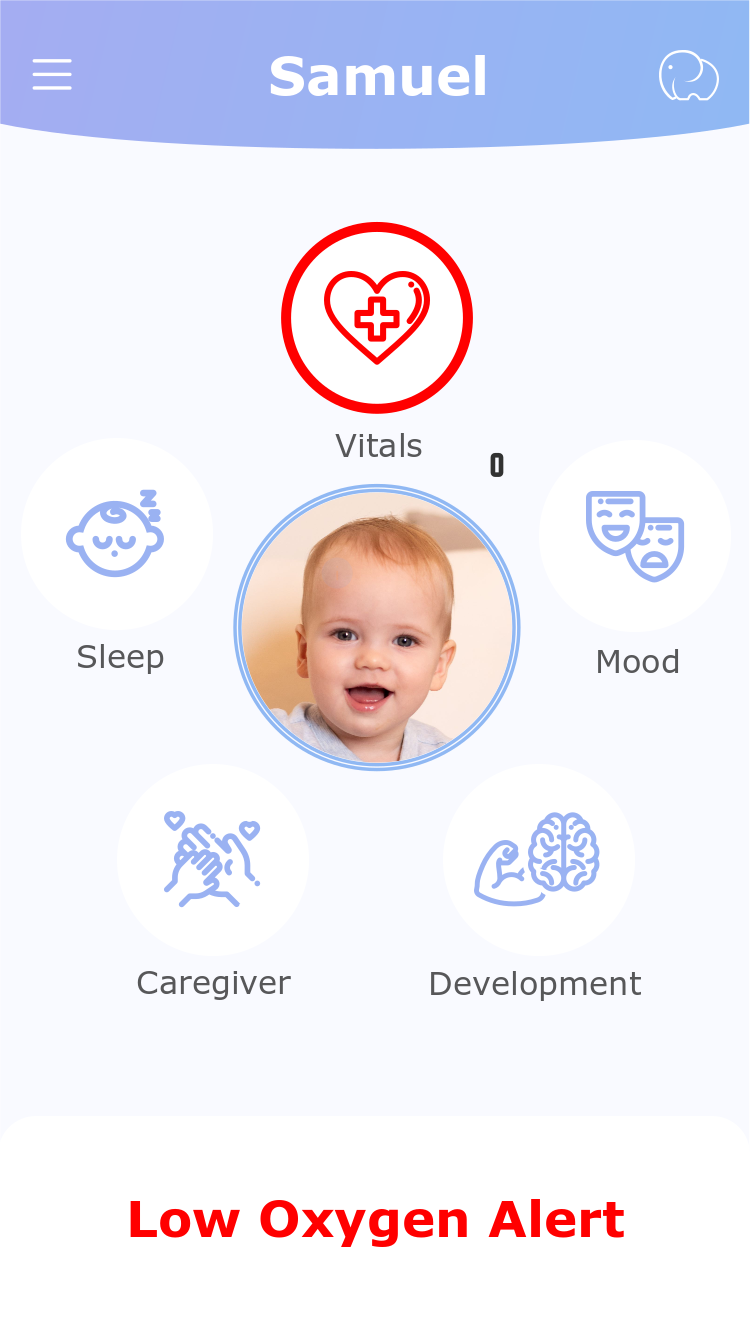 LittleOne.Care can help in other ways. If it knows that you usually read a particular book that your baby likes every night at 7pm and you miss a couple of nights, it can send you a “gentle reminder” to get back in the habit.

If it detects that your baby has been in a sitting position for a certain amount of time and there is a digital voice within 5 centimeters, it knows your baby is watching TV or an iPad – and will prompt you to spend more one-on-one time with your youngster.

“The World Health Organization has issued guidelines as to the maximum amount of time we can put our babies in front of screens for their health and wellbeing,” Meoded points out. “We’ll tell you when the baby has crossed that threshold. We’re not saying that something is ‘good’ or ‘bad.’ We’re giving you the data.”

Meoded, 54, was previously the VP of marketing at Classicaletet, a company that brought such American TV brands as Barney and Teenage Mutant Ninja Turtles to Israel. He has also been involved with digital marketing for telephony and ecommerce startups over a 25-year career. 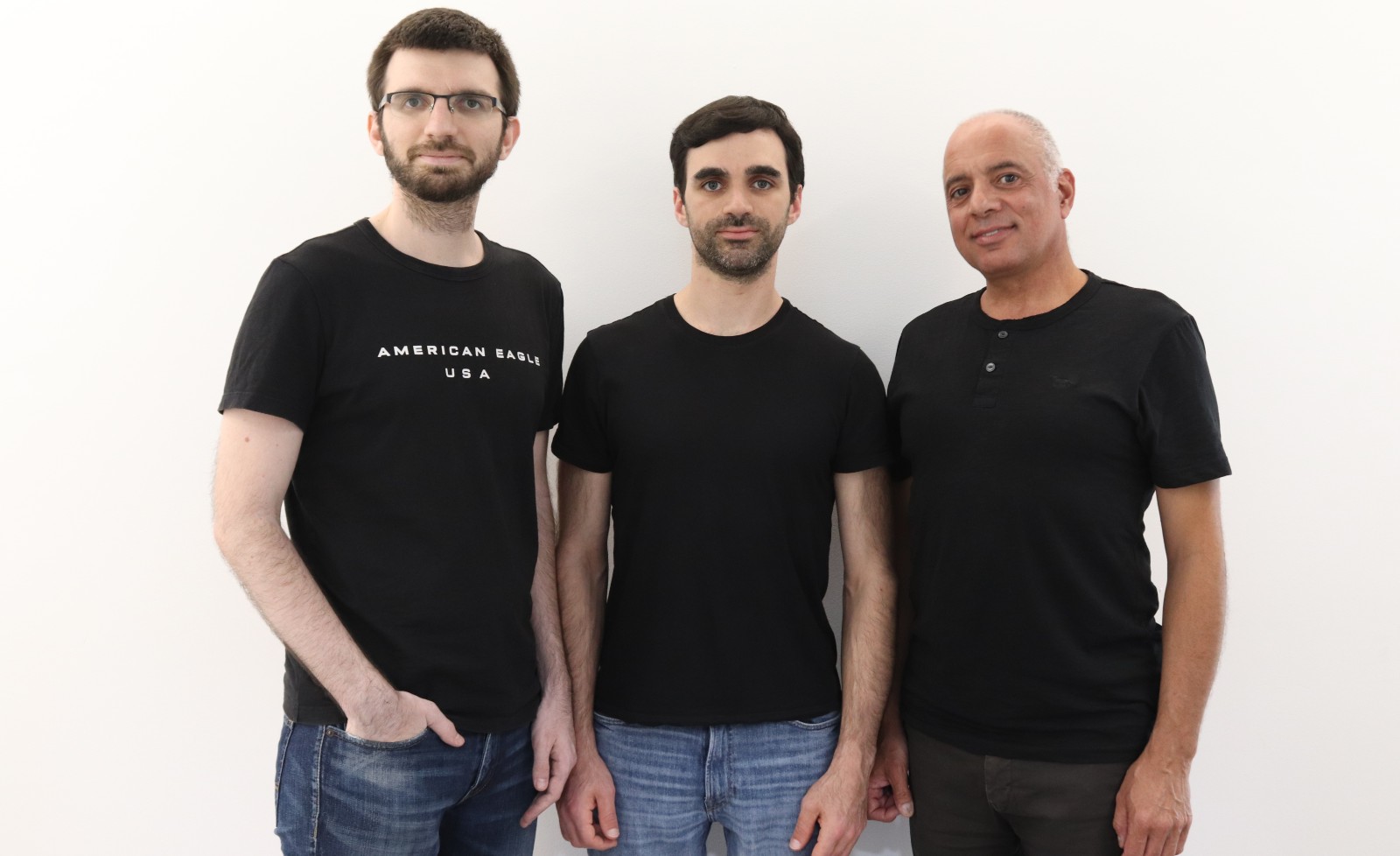 Machavariani, GurArieh and Meoded launched LittleOne.Care in January, after quietly developing their product for the last 18 months.

The company has a working prototype tested with 30 Israeli families and is adding another 50 now. Hundreds more have contacted the company to try it out in the next stage.

LittleOne.Care has raised $500,000 and is in negotiations with investors for another $1 million. The company sits in the offices of Axen, its VC investor.

Meoded says LittleOne.Care will not only be about interpreting cries. Future versions will be able to track verbal development. “It will be the same hardware. You’ll only have to update the software.”

LittleOne.Care’s statistics also could help companies that make products for babies, such as car seats or strollers, to improve user experience or safety. The market for baby accessories is worth $102 billion in the US alone, Meoded claims.

The company plans to sell its device for $49 with a subscription fee of $8 a month. That compares favorably with SIDS trackers, which generally sell for between $150 to $300 on Amazon.

Because LittleOne.Care’s device is not claiming specific medical benefits, it only needs minimum FDA and CE approval that it is safe for babies to wear. Meoded hopes the device will be on the market a year from now.

“In the past, you’d ask the babysitter how your baby slept and what he or she did during the day,” Meoded says. “Today’s communication platforms have changed that. We’re texting all day. We want to receive information immediately. It doesn’t mean parents today care less. It empowers their connection to their baby.”