Ask a group of women if downing a shot of vodka or having a whisky on the rocks is enjoyable and most will admit, if they are truly honest, that even the thought makes them wince. They may even let on that mocktails just don’t cut it.

This is exactly what food engineer Irena Geller was thinking when she decided to experiment with making an alternative form of alcohol she could also enjoy.

“I never liked the taste of alcohol. It was always too strong. But I didn’t want to feel left out when I was out with friends at a pub. I wanted to have as much fun as the men. I noticed they always want to drink the real thing even when they are not enjoying the taste. Women just won’t do that,” says the 32-year-old.

Since childhood, Geller has been fascinated by food production. She would go to the supermarket and look at the ingredients on packaging and wonder how they were made into the final product.

Her bachelor’s degree in food technology from Tel Hai College led her to a project aimed to integrate chocolate with vegetables to make veggies more palatable for kids. Now, she was ready to turn her attention to a need of her own.

Protein powder is the secret sauce

It just so happened that at the time her husband, Tomer, was drinking protein powder supplements after athletic training sessions. Geller thought to combine protein powder with alcohol, hoping the protein would work as a stabilizer. (If you tried blending ordinary cream with an alcoholic drink, the two elements would separate rapidly.)

When the alcoholic cream mixture did in fact keep its dense creamy texture, she knew she was on to something.

The Gellers met as students at the Technion-Israel Institute of Technology in Haifa, where Irena was doing a master’s degree in food engineering and Tomer was studying engineering.

CreamCol was founded in 2019 and a year ago filed two patents for the technology, which provides a new way to convert any alcoholic drink — such as whiskey, gin, vodka, arak and liqueurs — into an all-natural alcoholic cream. 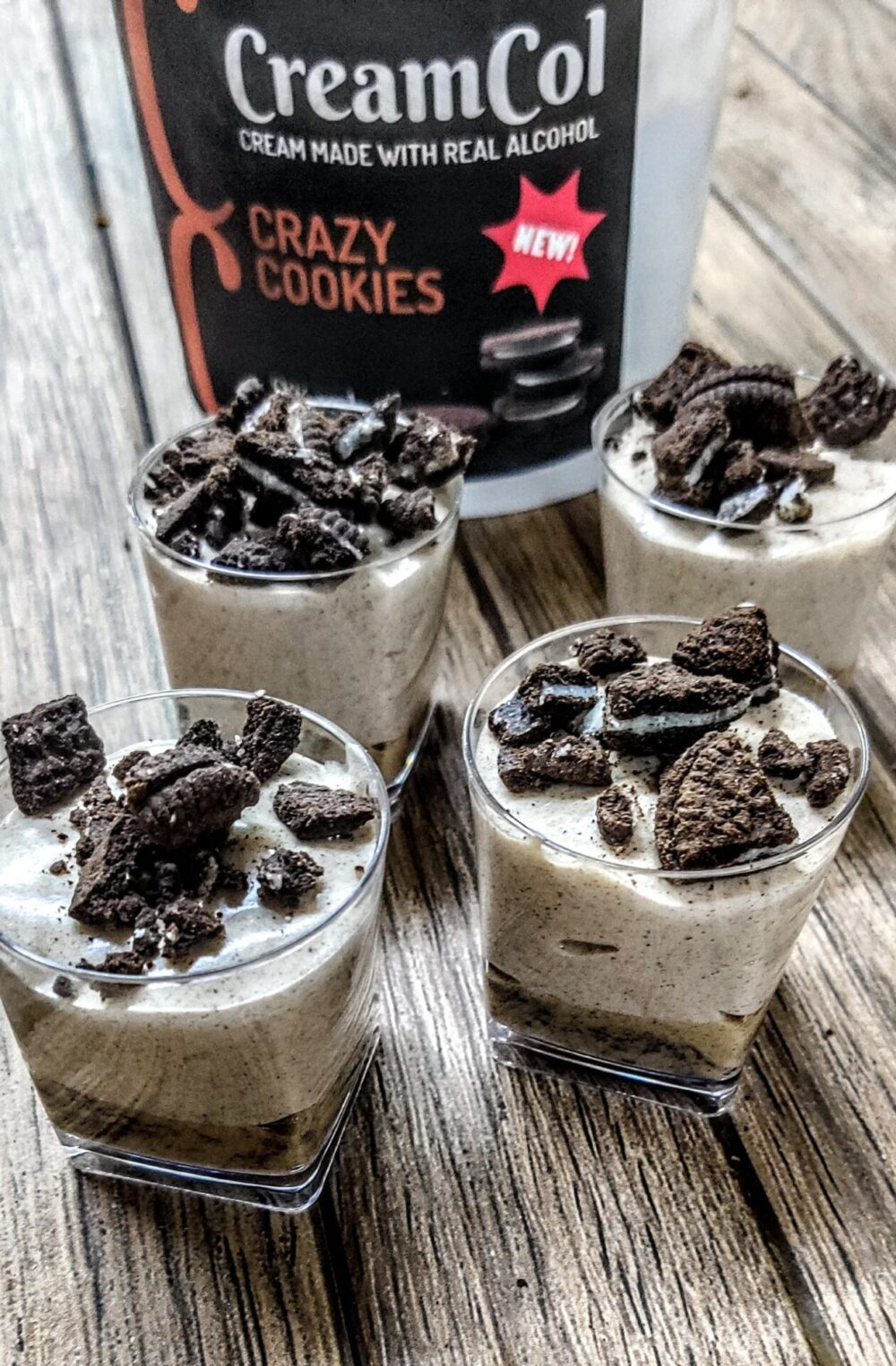 The cream contains 10 percent protein, along with alcohol, water and flavoring. It can be frozen and thawed and has the advantage of maintaining a long shelf life without diminished freshness or flavor.

CreamCol is good enough to eat as is. I sampled a variety of flavors – Amarena cherry, whisky, almond, hazelnut and orange liqueur — and they were delicious, with a smooth and firm texture.

So how does alcoholic cream compare to eating a liqueur-filled chocolate or an amaretto infused tiramisu?

Geller explains that the alcohol content accounts for up to a mere 2% when it is added to a food item. An example is The Spirit Collection by Häagen-Dazs, a line launched in 2019 of seven alcohol-infused ice creams each containing 0.6% alcohol.

In comparison, CreamCol is an integral ingredient. This results in a much higher alcohol level, anywhere from 6% to 40%. Imagine real whisky ice-cream, chocolate croissants with actual rum or Irish cream cookies that not only have the flavor but the alcohol content too. 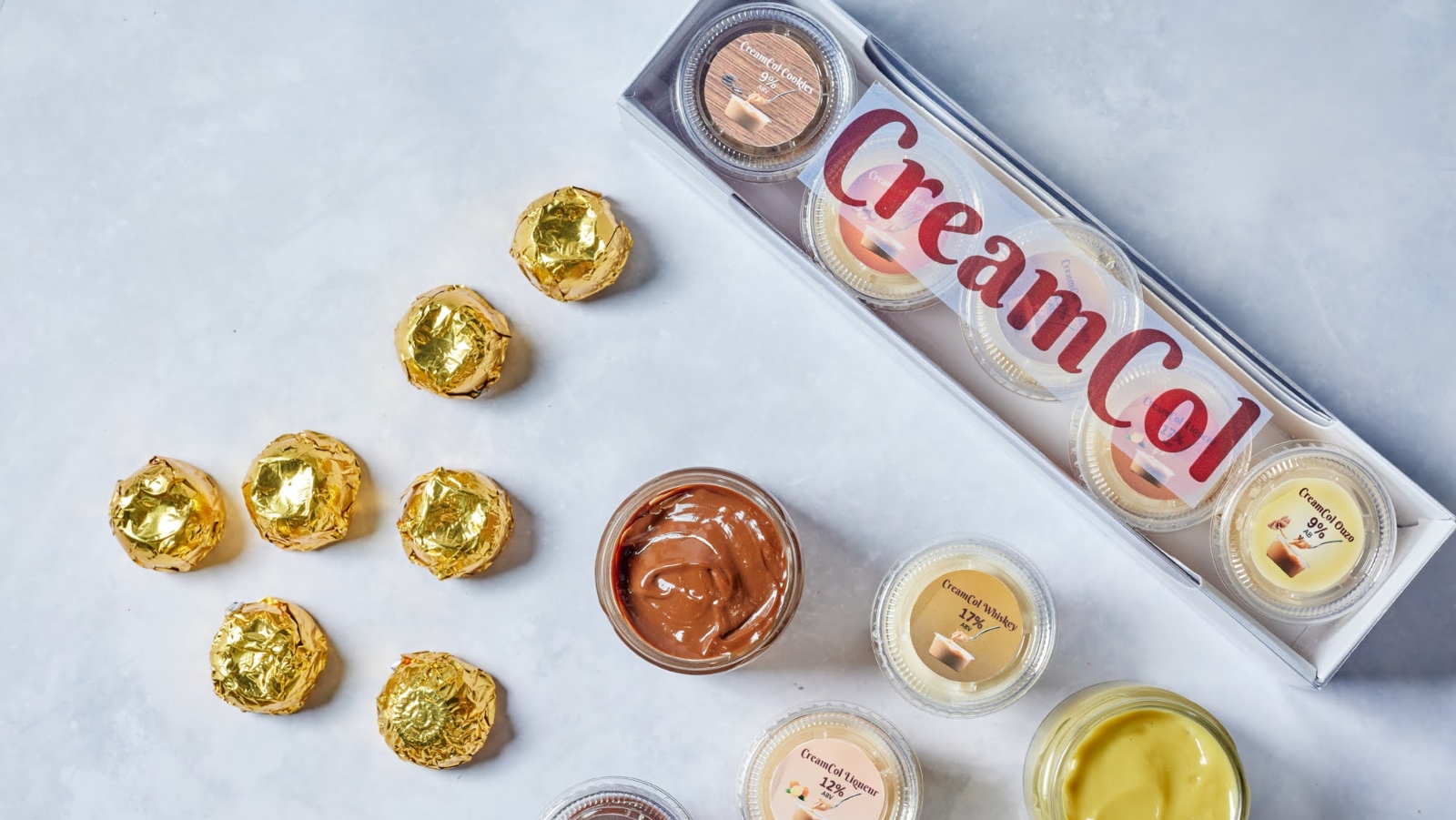 A package of chasers from CreamCol. Photo courtesy of CreamCol

The cream also responds well when other ingredients are added to it such as fruit, chocolate chips, nuts or cookie dough. These ideas, Geller says, are just the tip of the iceberg.

“There are countless fun and tasty ways to consume alcohol and prominent chefs, including Haim Cohen, have reacted excitedly to the creative possibilities.”

Geller is also excited about the alcohol sector of the food and beverage market, which is worth over $1,400 billion per year. Just the subcategory of ice cream containing alcohol is predicted to exceed a value of $1.2 billion by the end 2022. 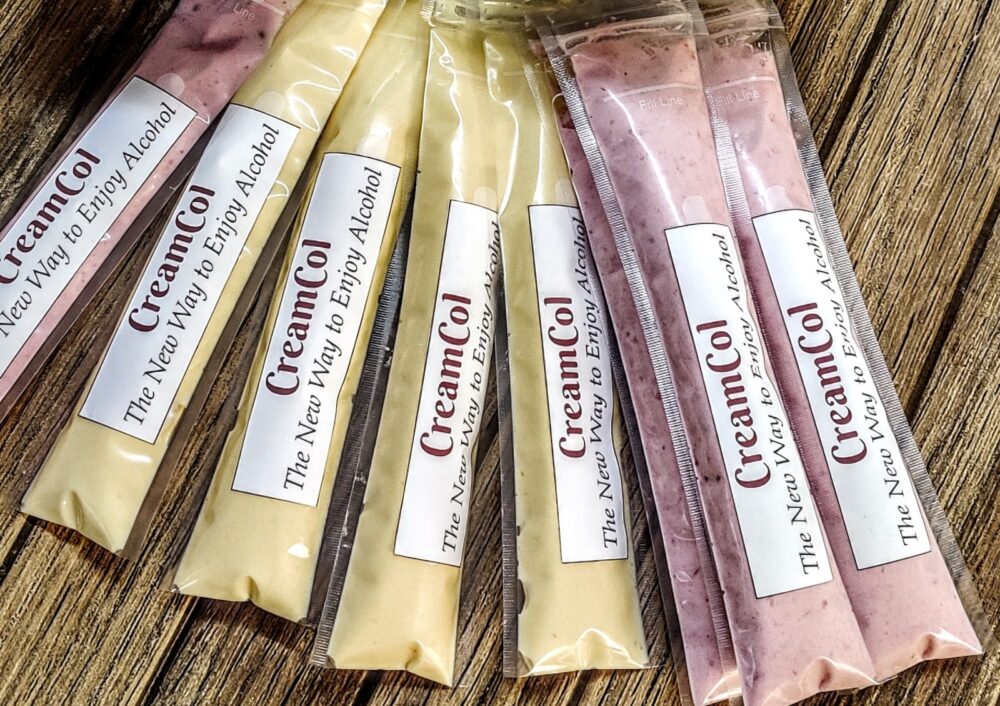 CreamCol can be frozen and defrosted for a long shelf life. Photo courtesy of CreamCol

“What makes it an exciting sector to work in is that it is constantly evolving. The food-tech industry has grown so rapidly over the last decade and the alcohol market is particularly driven by innovation,” Geller tells ISRAEL21c. Pralines made with CreamCol will pack an alcoholic punch. Photo courtesy of CreamCol

“People want to see novel combinations of alcohol with other products and new versions of existing products, whether it’s a new label of beer or chaser or the addition of a trendy flavor.”

Israelis typically are not considered heavy alcohol consumers but Geller is focusing on the market in Australia, Japan and China where there is high alcohol consumption.

Geller predicts that in the next few years we will see the alcoholic cream sold in clubs, pubs and supermarkets worldwide, and as an ingredient in a wide variety of existing food items or in the creation of totally new ones.