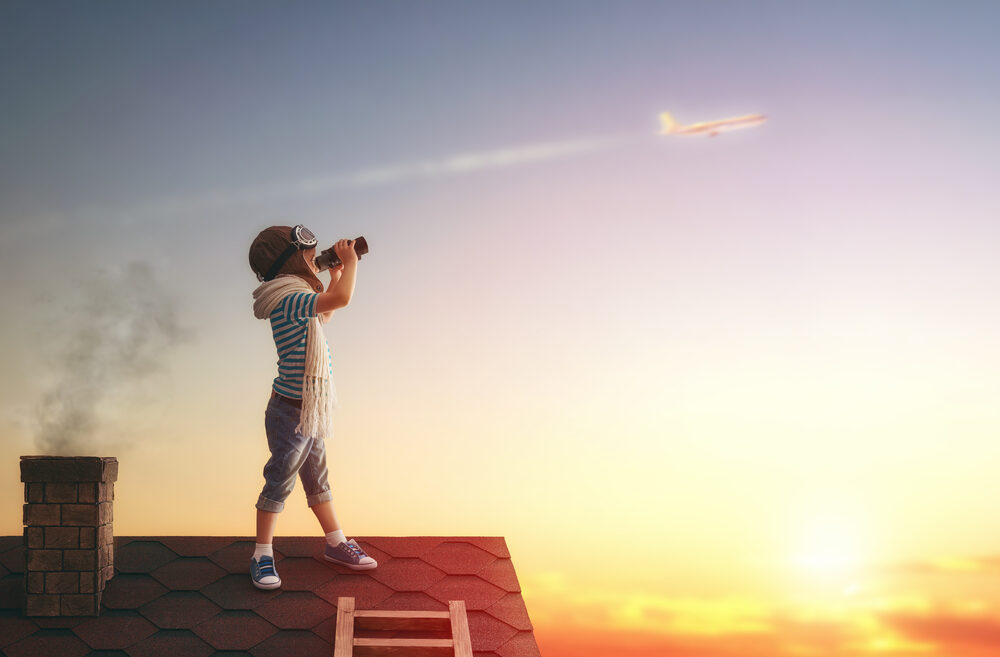 What will the future bring? Photo by Shutterstock

“If you break your leg, you will recover after a certain time, but it alters the way you walk forever.”

Feels like we all need a group hug as we get out of our homes and back to routine. But hugs and handshakes won’t return so quickly, and routines may never be the same.

Futurists everywhere predict a post-coronavirus economic recession and fundamental changes in how we socialize, shop, work, learn, travel and eat.

Global institutions and governments may unravel, leading to a new world order where Google or Amazon collect taxes and provide health and banking services.

Below, four Israeli pundits share fascinating insights on how things may play out in the immediate wake of the pandemic and for years to come.

Some of the massive shifts in our lives will be unsettling and inconvenient. Others could point us toward a better future.

PROF. DAVID PASSIG: futurist, lecturer, author and international consultant on technological, social and educational futures; head of the Graduate Program in Information and Communication Technology and the Virtual Reality Laboratory at Bar-Ilan University School of Education 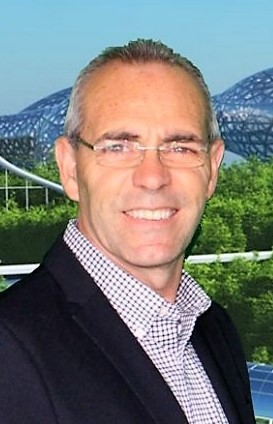 Passig has an impressive track record of accurate predictions, among them the 9/11 terror attacks and the 2008 financial crisis.

In the immediate future, we will seesaw between open and lockdown periods as governments struggle to manage Covid-19. This uncertain reality will affect everything from economics to emotions worldwide.

The short term will be characterized by the decline of globalization and the rise of nationalist and populist movements.

The globalization and capitalism we’ve known since World War II was at death’s door before Covid-19 anyway, drowning in a toxic sea of fake news, too much information, conflicting “expert” opinions and failed public institutions, Passig says.

One result of this malaise is that the World Health Organization had no authority to tell China what to do as the epidemic unfolded. When institutions meant to help us instead disappoint and confuse us, their days are numbered.

In the short term, the transition could be dangerous.

“Historically, leaders used pandemics as an opportunity to take over and spread hatred,” says Passig. “Based on models and statistics, there is a 50 to 70 percent probability of conflicts and possibly wars in the next decade between nations already in conflict.”

However, in the midterm years a different globalization will arise. Borrowing a term from quantum physics, Passig and his colleagues call the new model the “entanglement mindset.”

The new globalization will inspire institutions and policies built on the recognition that we are all in the same boat.

“In the entanglement mindset, international bodies will have the power to manage the ways we are entangled,” says Passig.

“That mindset will evolve into really understanding how a person in a market somewhere can affect the whole of humanity. And we’ll have to bring it into our new institutes.”

Passig is part of a worldwide group of futurists studying how entanglement globalization will look. One possibility is that people will be less influenced by what celebrities do and say, and more open to ideas from previously marginalized people – for better or worse. 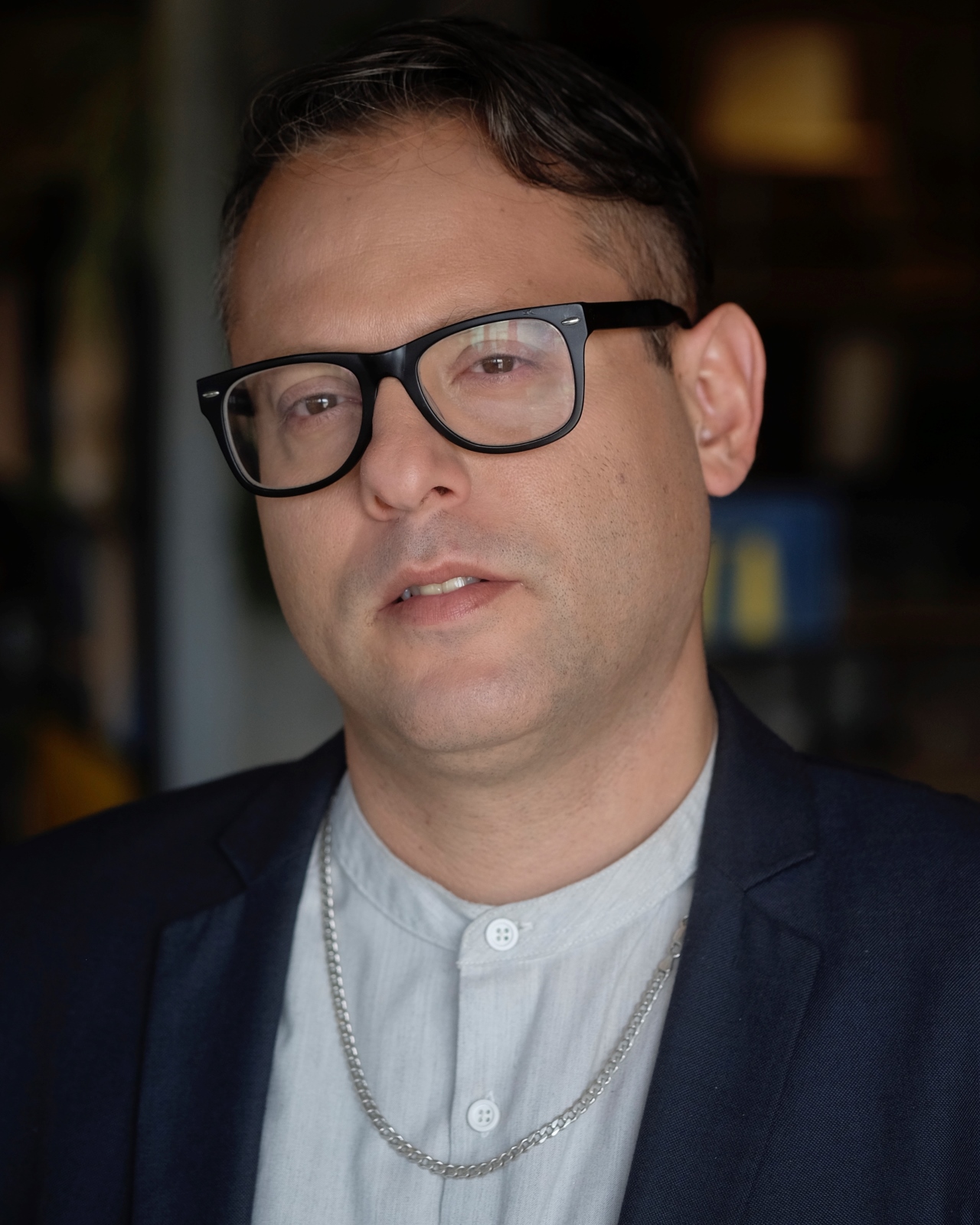 Celebrity influencer marketing in fashion and tourism is over, Laxer confirms.

People reacted angrily to the rich and famous posting Instagram pics from luxurious home isolation. (This NY Post headline says it all: “Quarantine has unmasked A-Rod and J.Lo as malignant narcissists.”)

“We’re not going to look up to people who have no empathy and don’t understand that images of a perfect life are in bad taste. People will expect empathy and humility,” says Laxer. “That attention-grabbing economy will rub people the wrong way.”

While celebs are getting the cold shoulder, relations are warming between former enemy nations, Laxer notes. This could herald a new era of international cooperation.

“There will be an element of going back to the nation-state as part of the move toward reshoring and more local agriculture and manufacturing. But in our world, we can’t completely hide behind borders. So we’ll need some level of globalization. It will be a delicate dance to achieve that.”

Laxer speculates that Israel could be the Switzerland of this new world order.

“Israel is probably the best place to be today,” he says. “Israel is economically aligned with China and India, and we will continue to do business and grow with a global perspective.”

However, after the pandemic companies will need to adjust their branding – “the glue between what a company is offering and what people actually want” – to fit a radically different consumer culture.

“There are entire industries that have disappeared and there is a collective mood that is not optimistic. Businesses need to understand this,” says Laxer.

He believes Covid-19 put a halt to “me” worship, narcissistic selfies and mindless consumerism. We’ll spend more with family and less in stores.

Click here to see Laxer’s amusing infographic on these and other post-pandemic predictions. Some of the changes may be permanent.

“If you break your leg, you will recover after a certain time, but it alters the way you walk forever,” he says.

The sharing economy boom could go bust in this era of social distancing, Shiloni says.

“Our instincts tell us maybe it’s not such a good idea to share everything with everyone, even though rationally the sharing economy is a wonderful model. It will have to undergo a revolution of some kind.”

One example is Eatwith and similar tourism initiatives matching groups of travelers with local meal hosts.

“This idea was so cool and popular and now suddenly people will not want to meet with strangers and eat at a stranger’s house,” Shiloni says.

This new attitude will force a change in coworking space design as well.

“It’s too early to say that it’s the apocalypse for coworking spaces but they definitely will have to adapt,” Shiloni says. “Interior designers and architects will have to create some sort of experience in the space where people can work together but still feel very safe.” 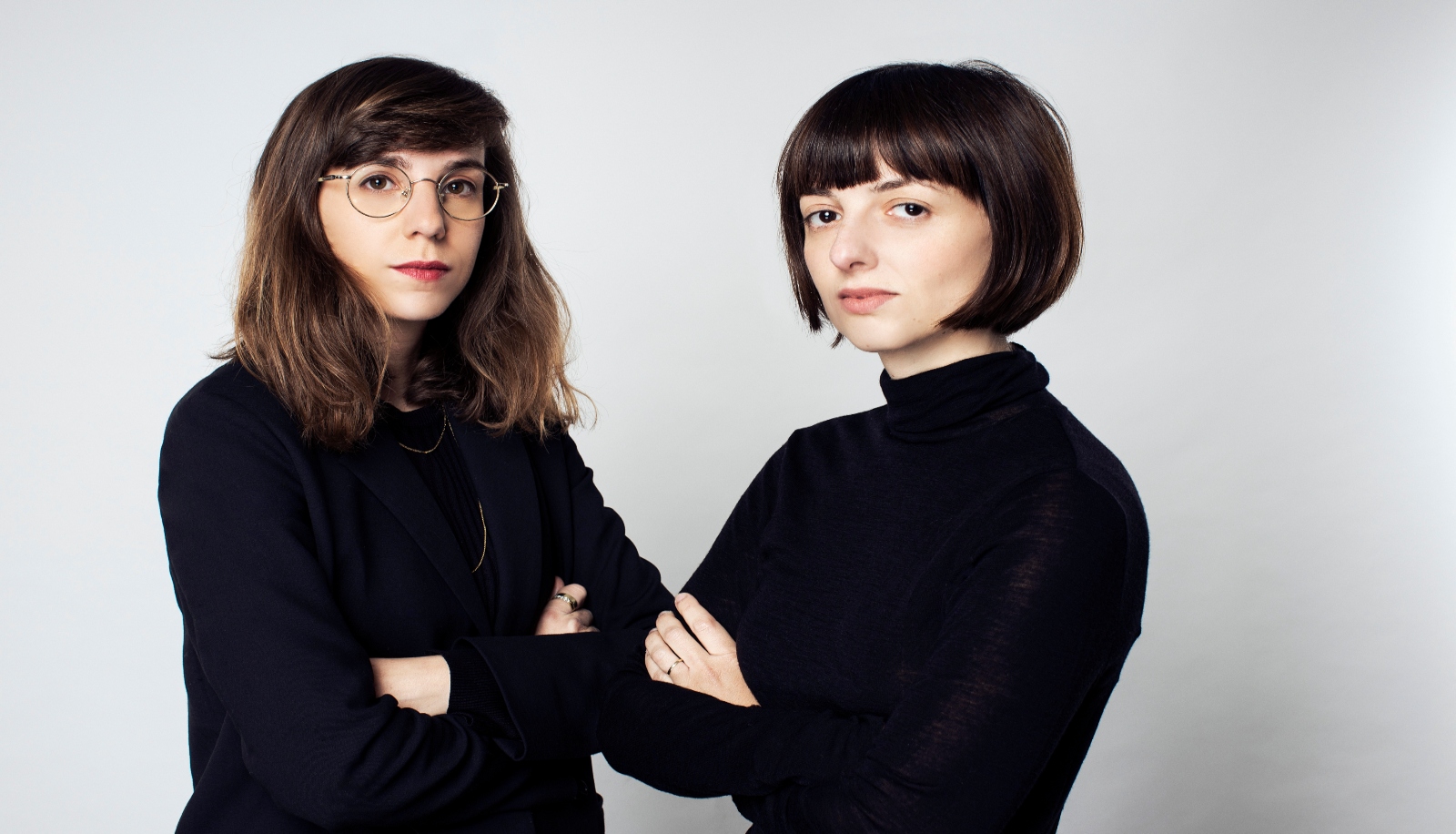 The popular farm-to-table movement will only grow stronger, she says, not only in food but also in fashion and design “as a metaphor for cutting out all middlemen.”

She predicts that consumers will seek out local designers and brands that manufacture on a small scale.

Minimalism in fashion and design flourished after the 2008 financial crisis and Shiloni thinks it will happen now as well, but with a twist.

“Two countertrends will emerge when the crisis starts to end,” she says. “We will see minimalism in terms of where and what we buy; but after a long time of staying home, people will want to celebrate life and that might create a very joyful maximalism.” 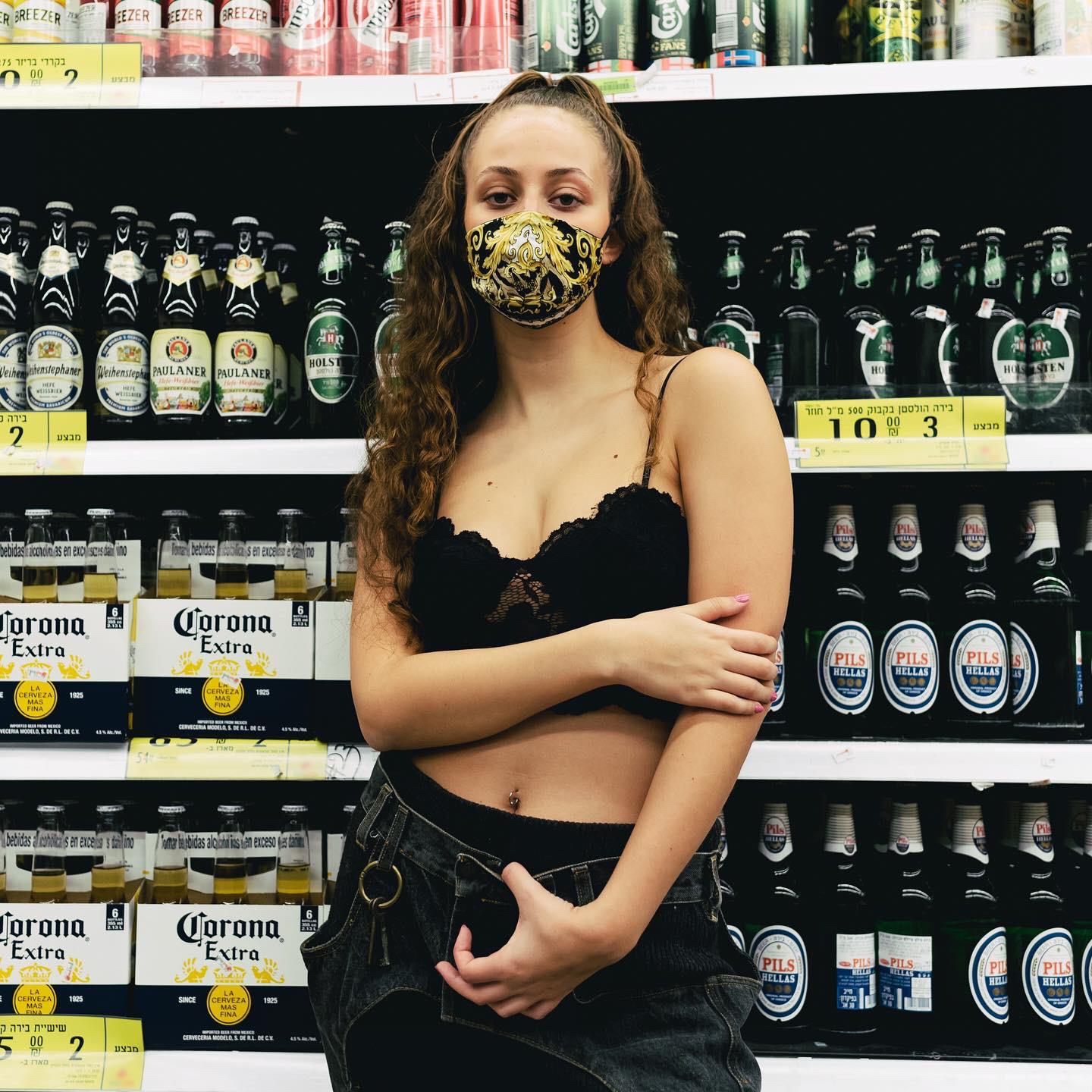 Fashion was one of the first industries crushed by the coronavirus crisis, she notes.

“Fashion weeks were canceled. Manufacturing, distribution and advertising were hurt across the board, from high fashion houses to chain stores. Numerous companies stopped manufacturing for next season. What we’ll see in stores for the time being is not new collections,” Shiloni says.

One surprising outcome of the corona crisis will be our accessories.

“We’ll see masks and gloves becoming fashionable for a period of time until people feel secure walking around without them,” says Shiloni. “We are already seeing Israeli designers offering facemask collections that are less intimidating than medical masks.” 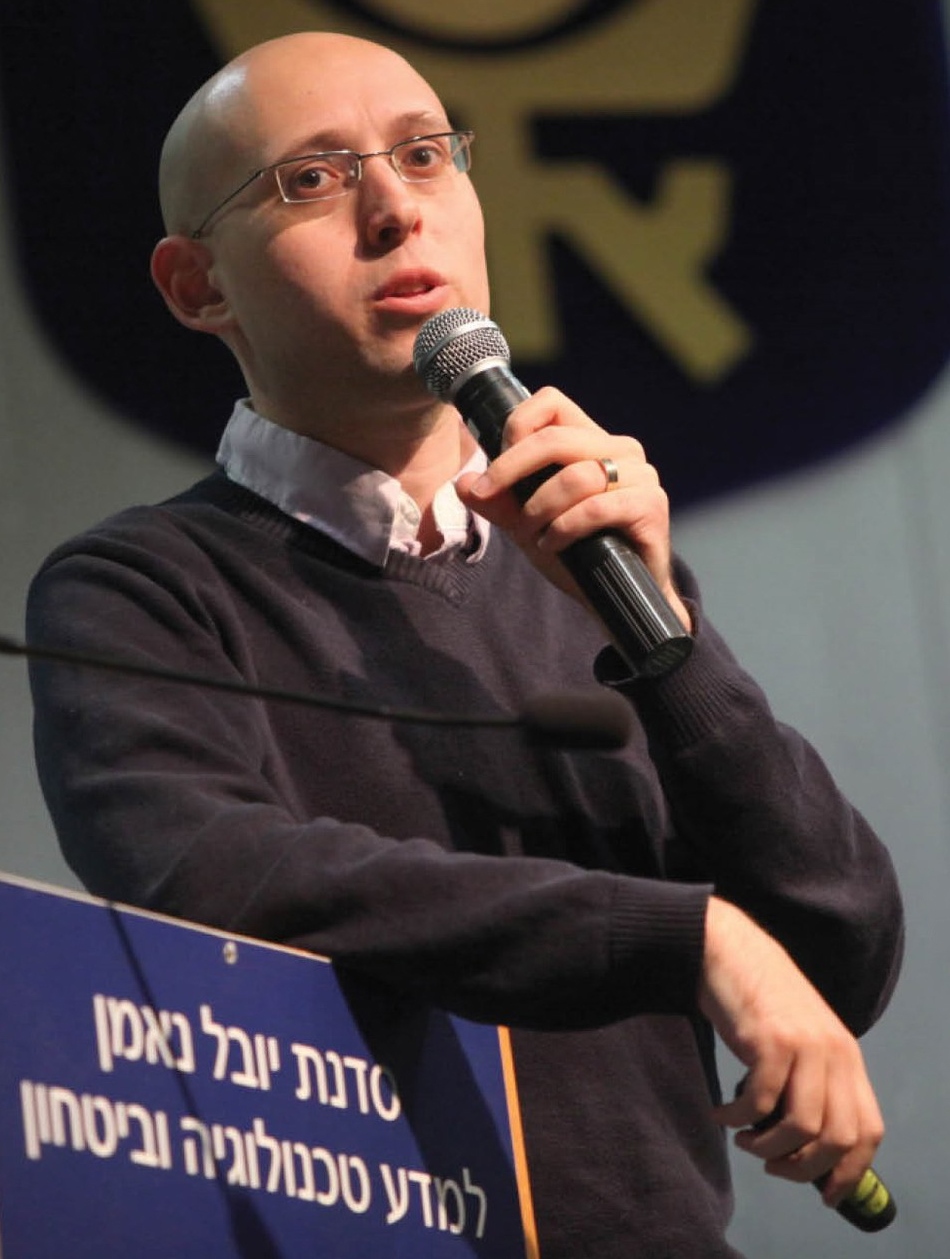 In the post-Covid world, we will experience shortages and price hikes for foods imported from Asia; less meat at higher prices; limited and highly regulated air travel; and major workplace changes, says Tzezana, who has a PhD in nanotechnology.

Not all of that is negative, he notes. For instance, the slaughterhouse slowdown in the United States will lead more people to try clean (cultivated) meat and alternative proteins, which are better for health and the environment.

But air travel will be a huge hassle, at least until there’s a vaccine.

“There will be some closed borders and some level of quarantine for arrivals. You’ll have to get to the airport four hours ahead of time to be tested and disinfected. You’ll board in groups of 10, and possibly be required to have masks on during the entire flight,” Tzezana predicts. “It won’t be fun.”

Ongoing unemployment also won’t be fun as a recession hits the Western world.

Tzezana says people who do get rehired after the pandemic won’t necessarily get their original jobs back, due to general belt-tightening and an accelerated shift to automation of jobs including delivery services.

A more flexible balance of working from home and from the office will be accompanied by increasing technology. Tzezana believes virtual reality will become common for person-to-person work and play at a distance.

On the other hand, stricter global public-health policies will ensure we’ll never have another pandemic, Tzezana believes.

“We will have new viruses emerging, but we are now prepared. We’ll be able to know immediately when someone is a carrier and we can quarantine them so the outbreak doesn’t grow beyond the epidemic level.”

The healthcare revolution will be fast and vast, says Tzezana.

“Imagine a world where healthcare doesn’t depend on you making an appointment to go to the doctor. Instead you’re constantly being monitored by your smartphone, smartwatch and Google, and the data is flowing to your healthcare provider for diagnosis by AI. It could take just a few years for this to happen.”

This seems to be coming true as the corona crisis caused a boom for companies such as Amazon, Google, Facebook and Microsoft.

“We can expect at least one of these companies to develop new forms of governance that will enable people to circumvent their own territorial governments’ laws,” says Tzezana.

“I think that’s one of the best things that could happen to the world. If we can globally regulate those new systems, they could provide better governing services than almost any government we know today.”

If you want to find out more about what the future holds in the wake of corona, listen to Lior Fisher Shiloni and Roey Tzezana in our Zoom Webinar with ISRAEL21c Editor, Nicky Blackburn. Below.