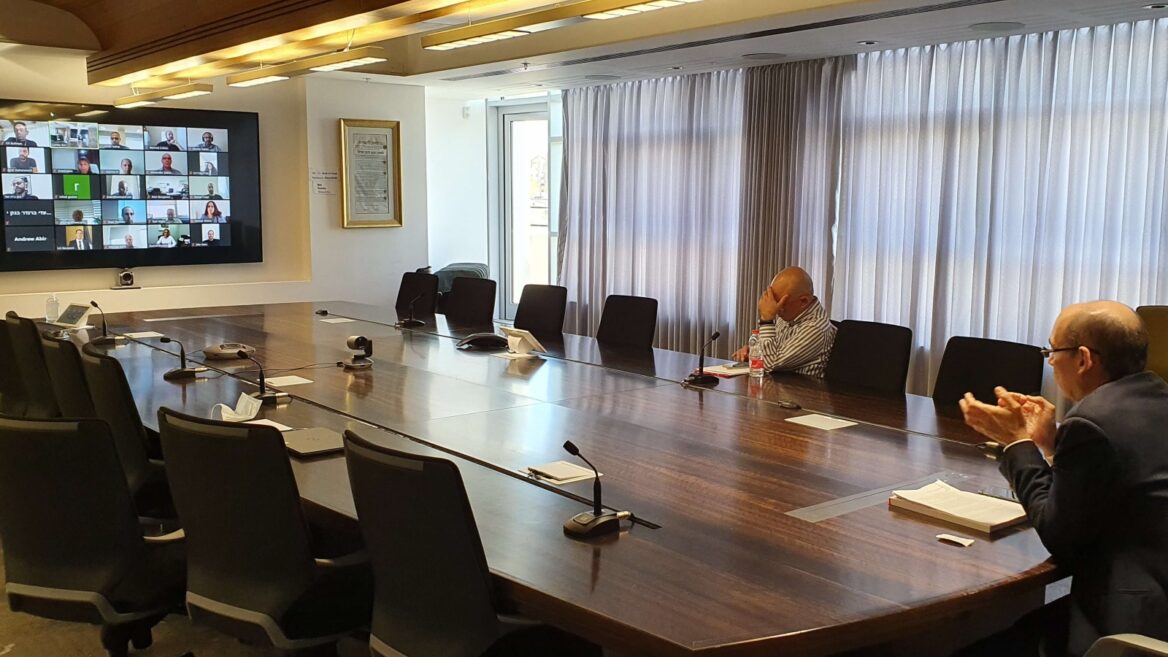 It doesn’t take an expert to see that the coronavirus pandemic has left the global economy gasping for breath.

Soaring unemployment and a looming recession pose dangers to many more people than the approximately 3 million infected by the virus.

But you do have to be an expert to understand exactly what challenges – and even opportunities — await us when the pandemic passes, and what national and international steps could heal the economy.

ISRAEL21c asked four Israeli experts from a variety of verticals to share their insights and predictions.

‘A new and intricate situation’

PROF. AVIA SPIVAK, former deputy governor of the Bank of Israel; head of the Pensions, Insurance and Financial Literacy Center at Ben-Gurion University of the Negev 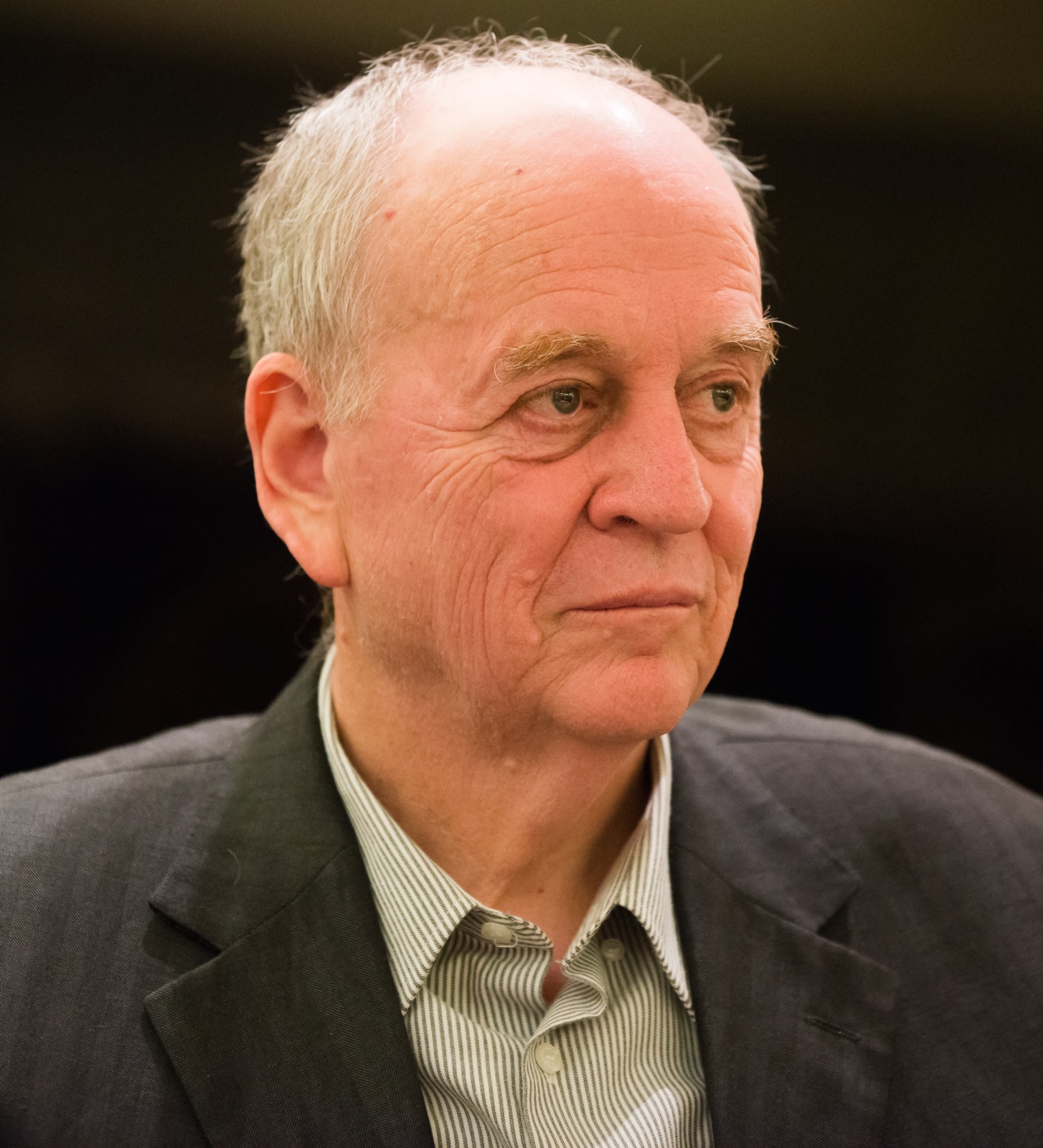 Prof. Avia Spivak, former deputy governor of the Bank of Israel and head of the Pensions, Insurance and Financial Literacy Center at Ben-Gurion University. Photo by Dani Machlis/BGU

Spivak says the picture of our future is vague because the current situation is unique in history.

“The cause of this economic crisis is from the supply side. Most economic crises, like the Great Depressions of 1873 and 1929, were caused by shortage of demand. Now, demand is not lacking,” he explains.

Supply dwindled as a result of the massive disruption of activities due to shutdowns and quarantines.

“At least until there is a reasonable cure or vaccine, we will have to cohabit with the virus. So the supply-side problem will be with us for months — hopefully not years — to come,” says Spivak.

“This is a new and intricate situation. The question is how to revive the economy without risking a new wave of infection.”

Spivak observes that every country is learning through trial and error. He says governments err by giving cash to businesses without conditions on how the money is used.

“It should be given in a way that will incentivize employers to keep as many employees as possible, at least on partial salary,” he says.

“We know from the 2008-2009 economic crisis that once a person is fired it’s difficult to find employment again. The economy is going to restructure and if you keep your basic employees it will be better for them and for you.”

Spivak says governments must learn from this crisis how important it is to invest in building a good public-health system.

“The percentage of expenditure on health in the US as part of GDP is more than twice that of OECD countries. But because the US system is based on private medicine, it doesn’t have the infrastructure to meet this kind of crisis. It should be remodeled,” he states.

“Economic theory holds that health is a public good so it should be supplied publicly,” he adds. “Good health is the basis of the economy, because you can only work productively if you’re healthy.”

‘We don’t know how long it will take’ 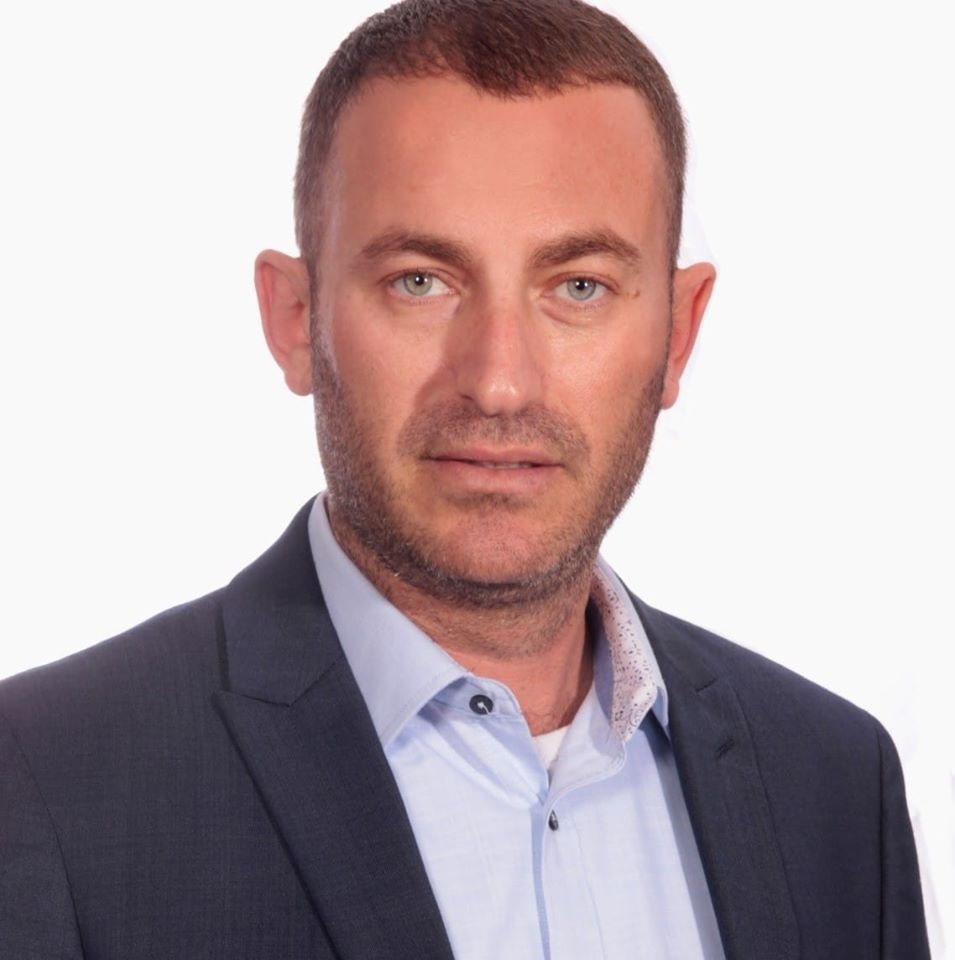 Baysberg says the economic challenges facing Israel and other countries stem from the uncertainty created by the coronavirus crisis.

“We don’t know how long it will take for the market to get back to its full work capacity, and what exactly are the steps that the government is going to take.”

The widely predicted US recession will trigger some level of recession in Israel, he says.

But along with market instability and volatility, diminished disposable income and buying power, “a recession also has its benefits and can even serve as an opportunity,” he adds.

Recession can shake up stagnant companies, forcing them to adopt new technologies and spurring belt-tightening downsizing, mergers and acquisitions.

Baysberg recommends widescale employment initiatives such as national infrastructure projects “to bring workers of the productive population back into the economy.”

However, recovery strategies in Israel and America will differ due to differences in geographic, corporate and population size; governmental structure; available natural resources; and degree of dependence on foreign trade, Baysberg says.

“Another difference is in the mentality, culture and worldview. In the US, great weight has been given to financial advisers and the formulation of an economic management plan for post-crisis and current reconstruction. In Israel, the Treasury acting alongside the prime minister will ultimately dictate the entire economy.”

Because Israel’s economy  “is set up to be an emergency economy of a war-torn country,” he adds, Israel is well suited to dealing with crises. “We saw it in 2008 and we also see it in the stability that is maintained during the current crisis.”

Indeed, a survey commissioned by Galai Communications revealed that most citizens feel optimistic about the ability of the Israeli economy to rebound. On the other hand, a quarter of Israelis are unsure they can survive the economic crisis.

“I don’t expect we’d see any real changes and restoration results for at least a year and a half. The rough estimate is that every month of reduction or interruption in activity requires half a year of rehabilitation,” Baysberg says.

He predicts the Startup Nation’s high-tech sector will recover first. “Government funds for investing in coronavirus-oriented technology, among others, are one of the best practices,” he says.

Sectors that already were struggling — tourism and aviation, conferences and large-venue events, culture and entertainment – were hit the hardest and will see “a serious reduction in activities or even a permanent change in format.” 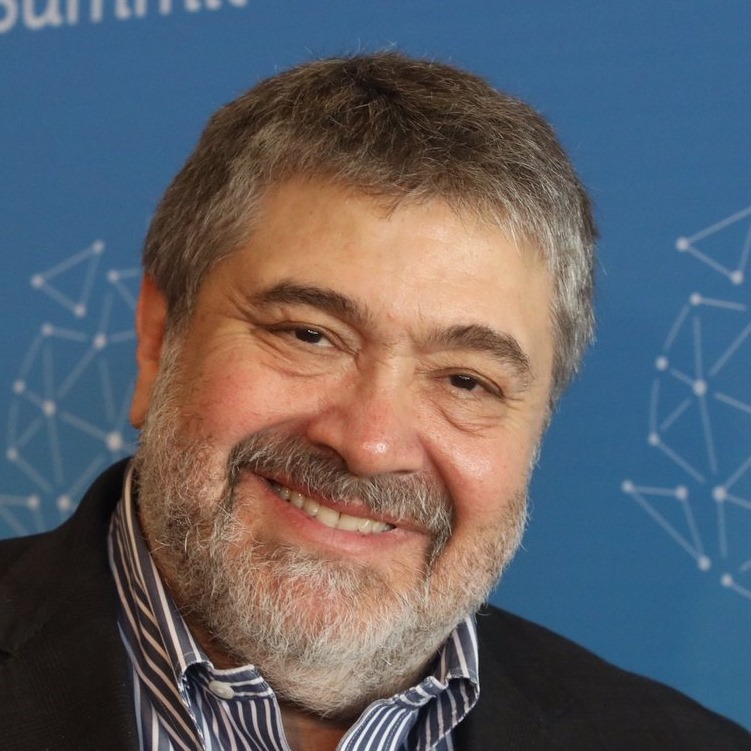 Medved says the pandemic’s far-reaching economic impact may present a golden opportunity from an investment standpoint.

“Historically, investing in times of economic downturns – such as after the Internet bubble burst in 2001 and 2002, and after the financial crisis of 2008 and 2009 — has proved lucrative because you’re buying at a discount. That’s a very good entry point for new investors,” Medved says.

In contrast to previous downturns, the current crisis will cause fundamental changes that investors should watch.

“Trends like telemedicine, e-commerce, working and exercising from home, Zoom and Netflix all started before the crisis, but they’ve gone into warp speed,” says Medved.

“You have not only financial justification to invest now but also an inflection point in terms of big systemic changes. For those willing to find the right guidance and partners, this will be remembered as an extraordinary time to take advantage of these opportunities.”

He predicts that heightened awareness of medical issues will cause more money to flow to the traditionally underfunded areas of healthcare-related companies and research.

Already, Medved sees that “people are active in the market in a way I don’t remember happening in those two previous crises.”

In April, telemedicine pioneer TytoCare closed a $50 million round and healthcare cyber intelligence company CyberMDX raised $20 million. These are two of many Israeli companies whose products deal with the Covid-19 crisis.

Even this month’s $145 million investment in behavioral biometrics company BioCatch is related, says Medved, “because we have to be sure we can do business securely on our mobile phones.”

As for companies in problematic sectors such as aviation, hospitality and sports, Medved advises cutting expenditures and trying to pivot in order to be relevant in the post-corona reality.

One Israeli company doing a smart pivot is Viziblezone. Originally developed to help cars avoid hitting pedestrians, this technology now will be marketed as a solution for companies to track proper distancing between employees as they return to the workplace.

Speaking of which, Medved says unemployment is the most urgent problem to tackle. “A lot of the other problems will be solved by technology, faster testing and a Covid-19 vaccine. The main issue is how to get a million people back to work.”

‘A year or two for recovery’ 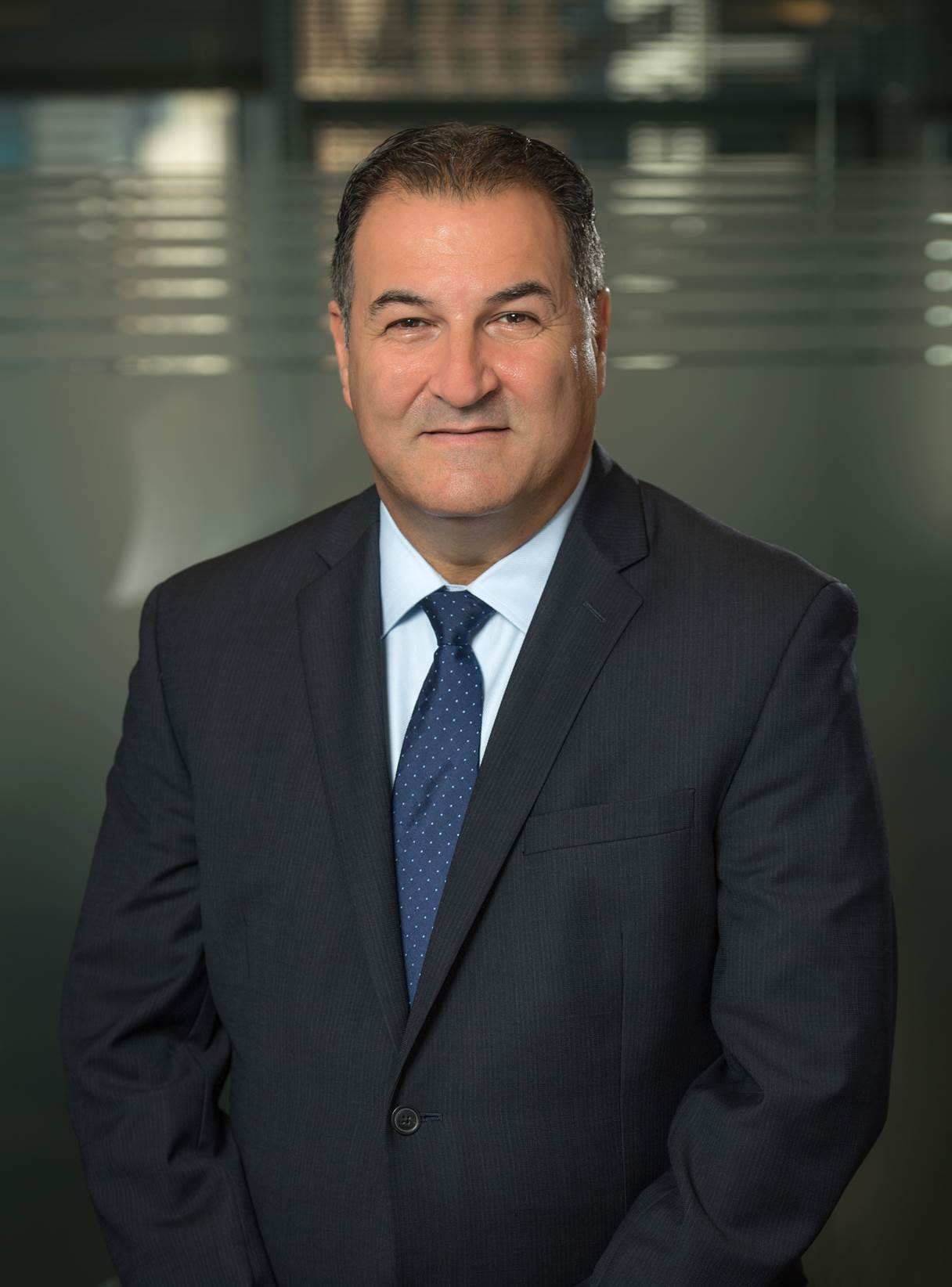 Headquartered in New York, with 210 employees around the world, Israel Bonds underwrites securities issued by the State of Israel to individuals and entities in the United States, Canada, Europe, Brazil and Mexico.

Some 25 states and municipalities of the United States own Israel Bonds. Maimon says the pandemic has not slowed that activity.

“Ohio decided in mid-April to buy an additional $25 million in bonds,” he says. “They know there will be no liquidity problem. Israel will continue to pay interest and principal as it always has, even in wartime.”

The governments of every affected country have reduced income as people are working and buying less, and yet they must increase spending significantly for healthcare, unemployment benefits, and aid to businesses.

With national deficits and debts climbing, inside resources (such as government-owned companies) and outside resources are being tapped to fund these emergency expenses.

“At the beginning of the crisis we talked to the Ministry of Finance about Israel’s need for additional capital,” says Maimon.

“Israel Bonds is one of the most vital outside resources that the Israeli government has in order to raise this capital and raise it quickly. We agreed that we will sell much more than our usual annual goal, lifting the cap of $1.1 billion, because the impact on the economy will be big and will be with us for quite a long time.”

He adds that Israel entered this crisis in excellent economic condition, with low unemployment and 60% debt-to-GDP ratio, compared to 110% in the United States. Furthermore, the government wisely began raising extra capital before the price of money rose.

Maimon sees reasons to be optimistic about the global economy, especially considering that the banking system remained intact unlike in past financial crises.

“The human race has recovered from unbelievable hard times including two world wars. Our current shutdown will take a year or two for recovery, but we will overcome it.”