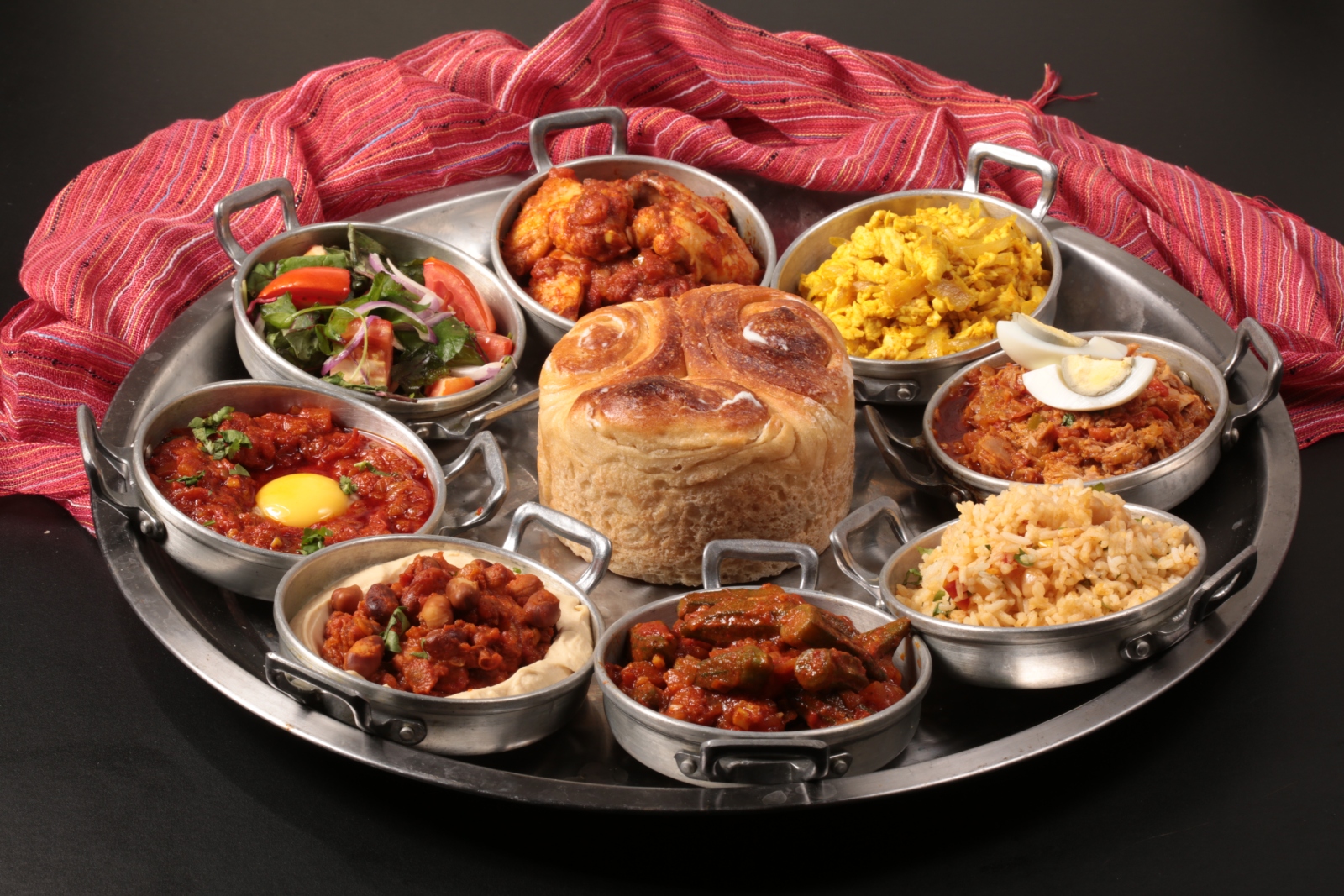 Want to try Yemenite food? These 10 restaurants do it best

When it comes to Israeli cuisine, a lot can be said for the many varied immigrant populations who have contributed to the pot. Thanks to Iraqi Jews, Israelis enjoy steaming bowls of kubbeh soup, and with the same token of gratitude, North African couscous, and all the fixings that go with, can be found at nearly every Israeli buffet.

The great majority of Israel’s Yemenite Jews arrived in the Holy Land in the few years leading up to 1950, and took root all over the country, bringing with them their famous herbed falafel, soft pancake-like lachuch bread, doughy jachnun (flaky, hot pastry bread), zhug (the widely beloved green hot sauce) and countless other mouthwatering dishes.

An entirely different facet of “Mizrahi” cuisine, it is one worth getting to know. Here are 10 Yemenite restaurants where we warmly recommend you do so.

“Queen of Soups” Yonit Saada is the daughter of Shimon, the original owner. But don’t think for a second that she is a newcomer to the family business, having worked there since she was a teenager, 40-odd years ago. 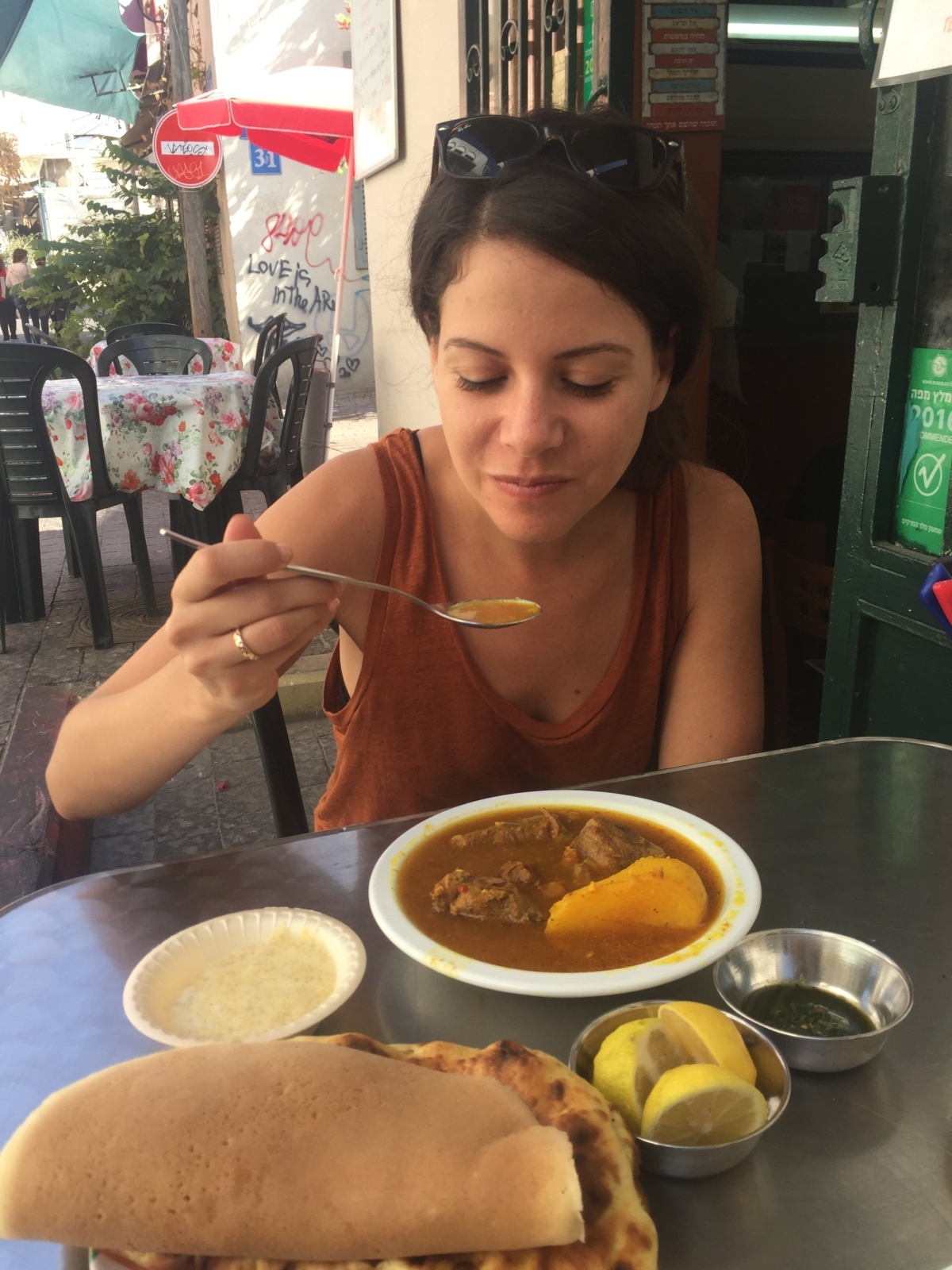 A customer enjoying a bowl of soup of Shimon Melech Hamarakim. Photo by Oren Rosenfeld

The restaurant in Kerem HaTeymanim — the Yemenite quarter behind Tel Aviv’s Carmel Market — serves Yemenite homestyle food that is as authentic as it gets. Getting their 15 minutes of international fame on the Netflix show “Somebody Feed Phil” (Tel Aviv episode (s1: e3), Melech Hamarakim is so famous locally, they needn’t even bother making a website.

Local diners flock there for the hearty oxtail soup, spiced meatballs, freshly charred large Yemenite pita bread, and now, thanks to publicity from Phil Rosenthal and American chef Michael Solomonov, their world-famous hilbe (fenugreek) sauce served up with the boundless energy, chutzpah and quick wit of Saada, who readily admits that the “customers don’t come here for the service!”

That’s a testament to the power of the food and the powerful culinary history it is steeped in.

A hub of homey Yemenite dishes in the unlikely backdrop of Israel’s rural northern forested land, Pundak Hajachnun is a destination foodie hotspot where families flock to experience the restaurant’s historic Templer building and the courtyard’s many citrus and almond trees, while slurping down warming rich soups including “lasis” (Yemenite hamin), a slow-cooked stew with grains, beans, potato and egg, served with fresh lightly sweet flaky malawach (made of the same dough as jachnun but fried), and piping-hot jachnun from a 50-year old family recipe. 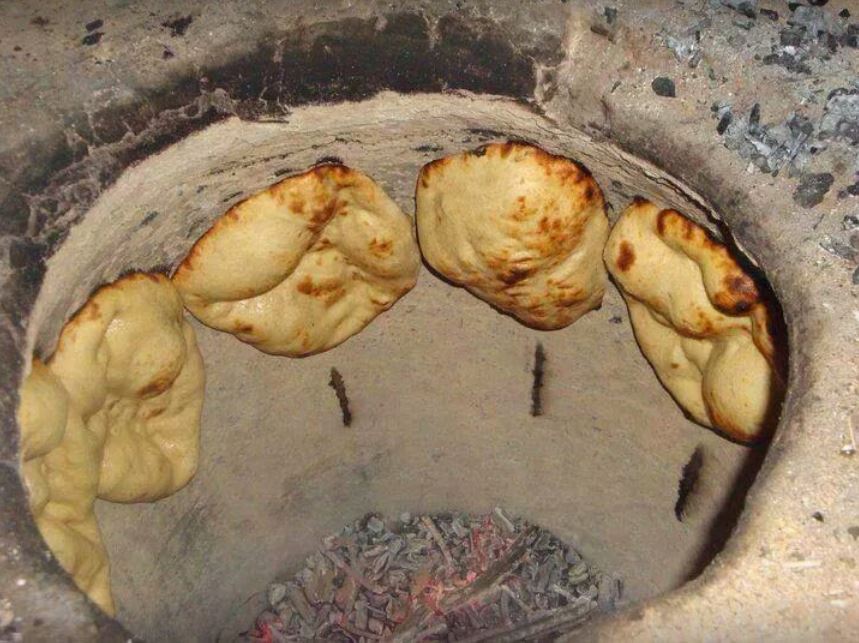 A restaurant steeped in tradition, this family-run establishment has a special spot out back for its inground taboun oven, inside which flatbreads are slapped onto the screeching hot walls to cook, while slow-cooked stews bubble from within its depths.

Owned by Natan Cohen, a no-nonsense true-blue cook who despite adorning his restaurant’s windows with jokes (one sign reads “Yemenite Embassy”) seriously clings to the Yemenite tradition, serving cow’s leg stew, smoked pomegranate chicken, and sabaya –– a delicate cake of layered buttery pastry, drizzled with honey, and traditionally enjoyed only on special occasions. 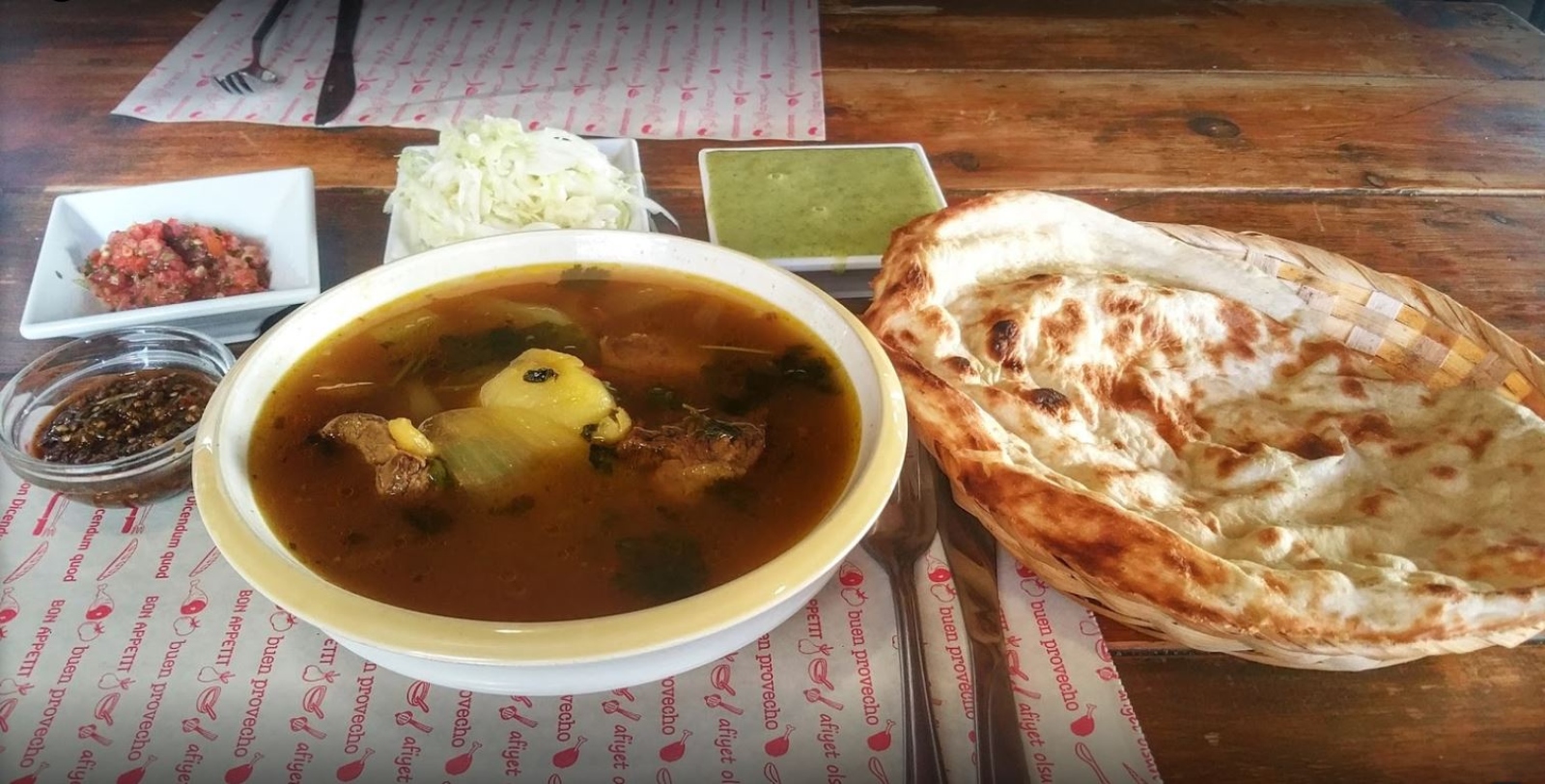 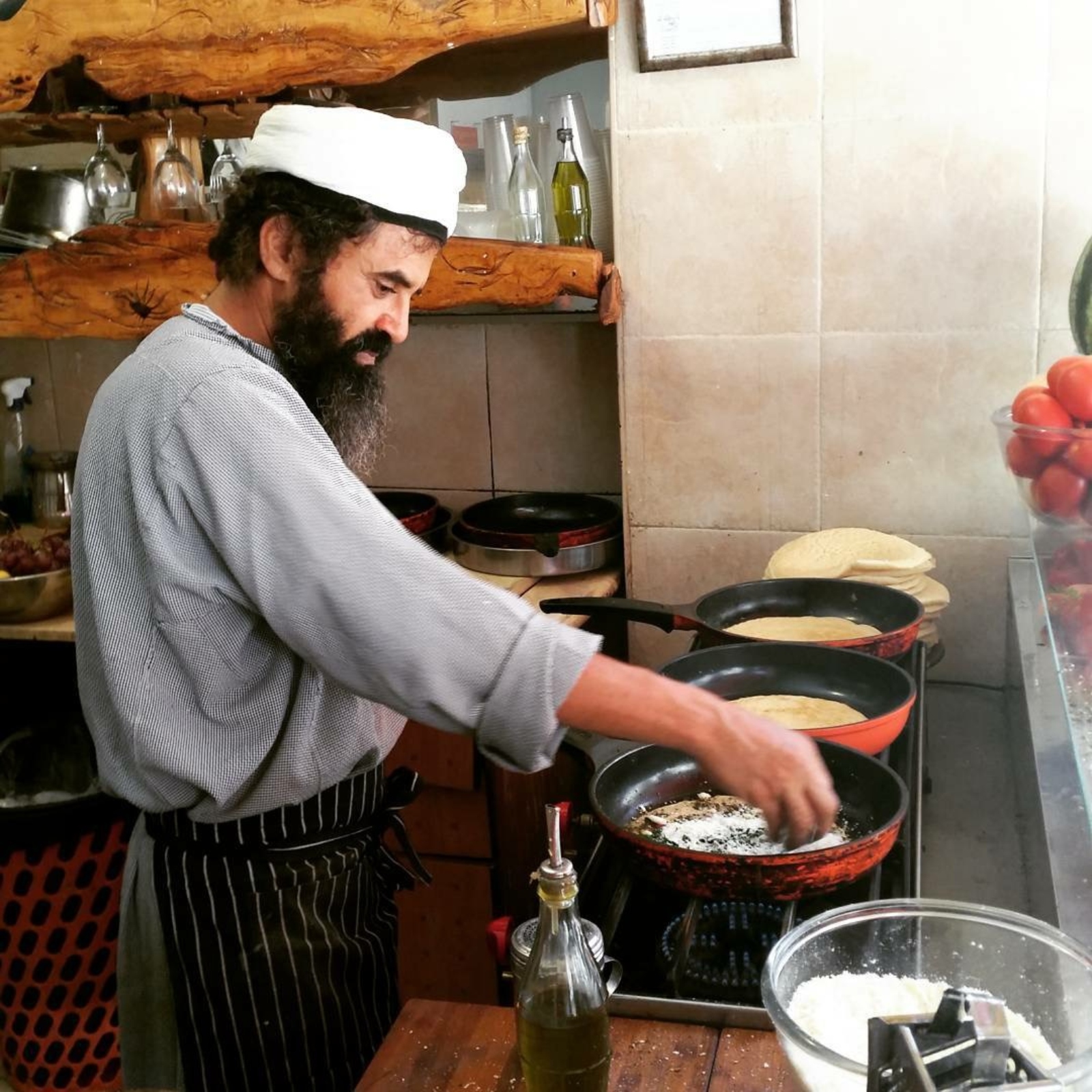 Who says you need a website (or even an agreed-upon name) to be successful in the food business? This tiny restaurant on the main drag in the mystical Old City of Safed goes by many names, proving you just need to serve fresh, unique and delicious food (with a bit of personality) to make it in the rough world of restaurants.

A must-stop for tourist groups, this restaurant — owned by a religious Yemenite man who simply goes by Ronen — is most popular for its Yemenite pan-fried pizza-like concoctions created atop pillowy rounds of lachuch bread made from homemade batter fresh to order. Singing, dancing, juice made with the stimulant qat, and the playful flipping of pans make this spot, whatever it may be called, a fun stop for anyone traveling through this northern city. 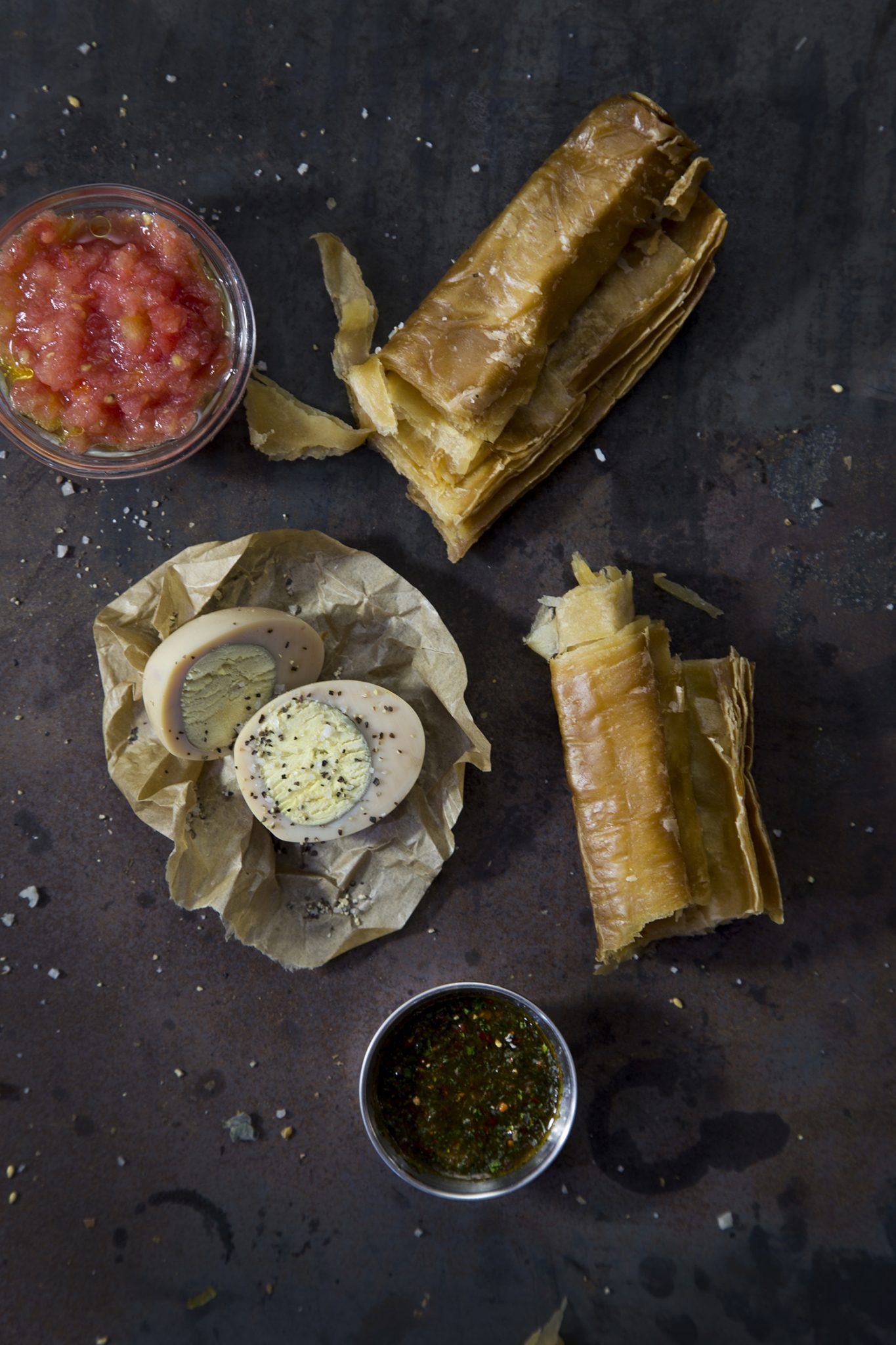 In true market style, cooks shout out to the passing crowd, putting on a show with the daring flip of a flaky malawach base in a hot frying pan. Combo items that push boundaries include “shakshukalawach” and “pizzalawach.”

But breakfast anytime just might be their strong point, demonstrated in their “fatut” — a dish of malawach ripped into bite-sized pieces, fried up with eggs and cheese and served with grated tomatoes; or their signature jachnun – ghee-enriched dough wrapped into tight logs, cooked ultra-slow, and served with, once again, grated tomatoes and zhug.

A traditional Shabbat morning dish that until recently, was not easy to obtain during the weekdays. 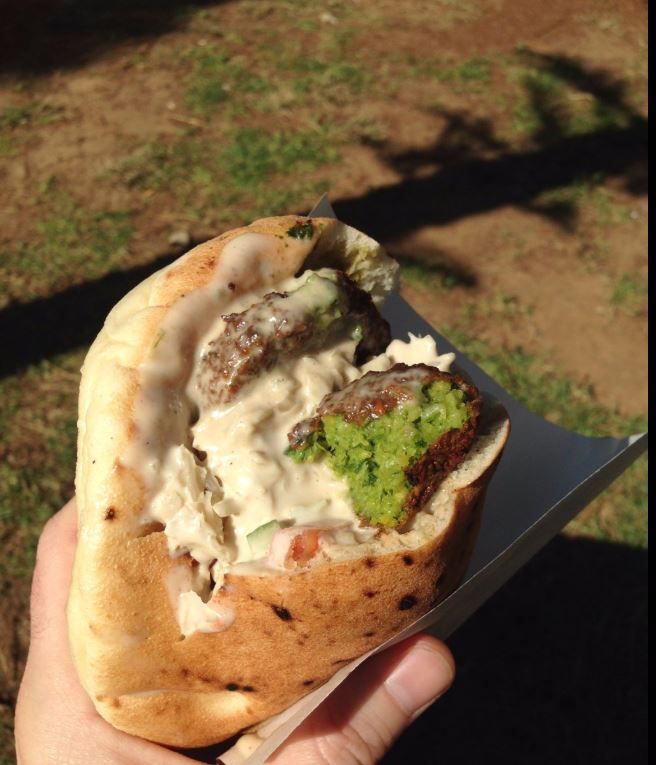 A deep green falafel, with fresh green herbs ground into the spicy mix, served with sinful deeply golden fried strips of pita, plus salads and other requisite sauces – and sold at a comically cheap price — Dr. Saadya Falafel is like a time warp into the past.

Ardent fans claim it to be among the best falafel in all of Israel, and who are we to disagree with that sentiment? In this case the proof is in the pudding-and the dangerously delicious golden crunchy falafel balls and flavorful harif. 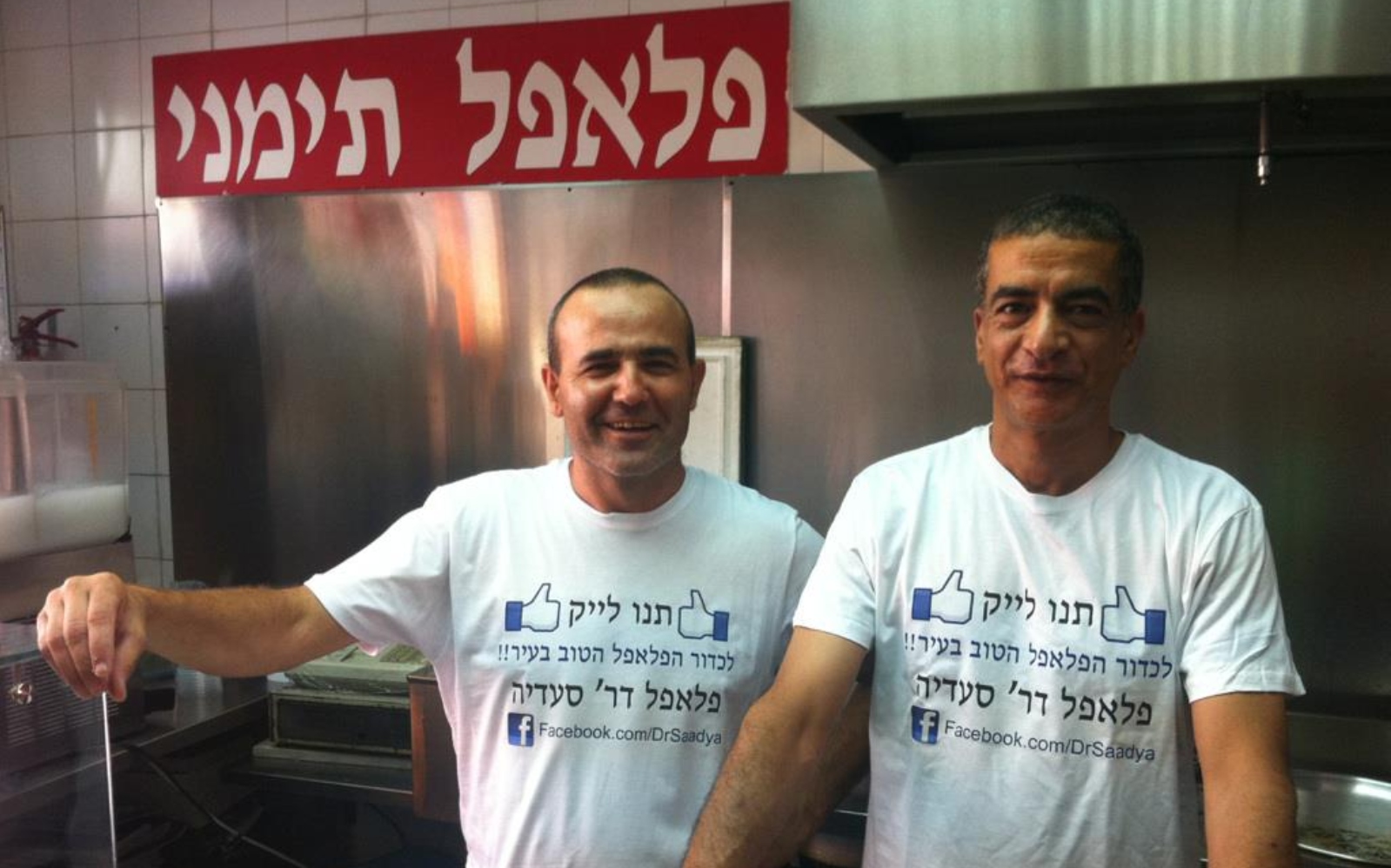 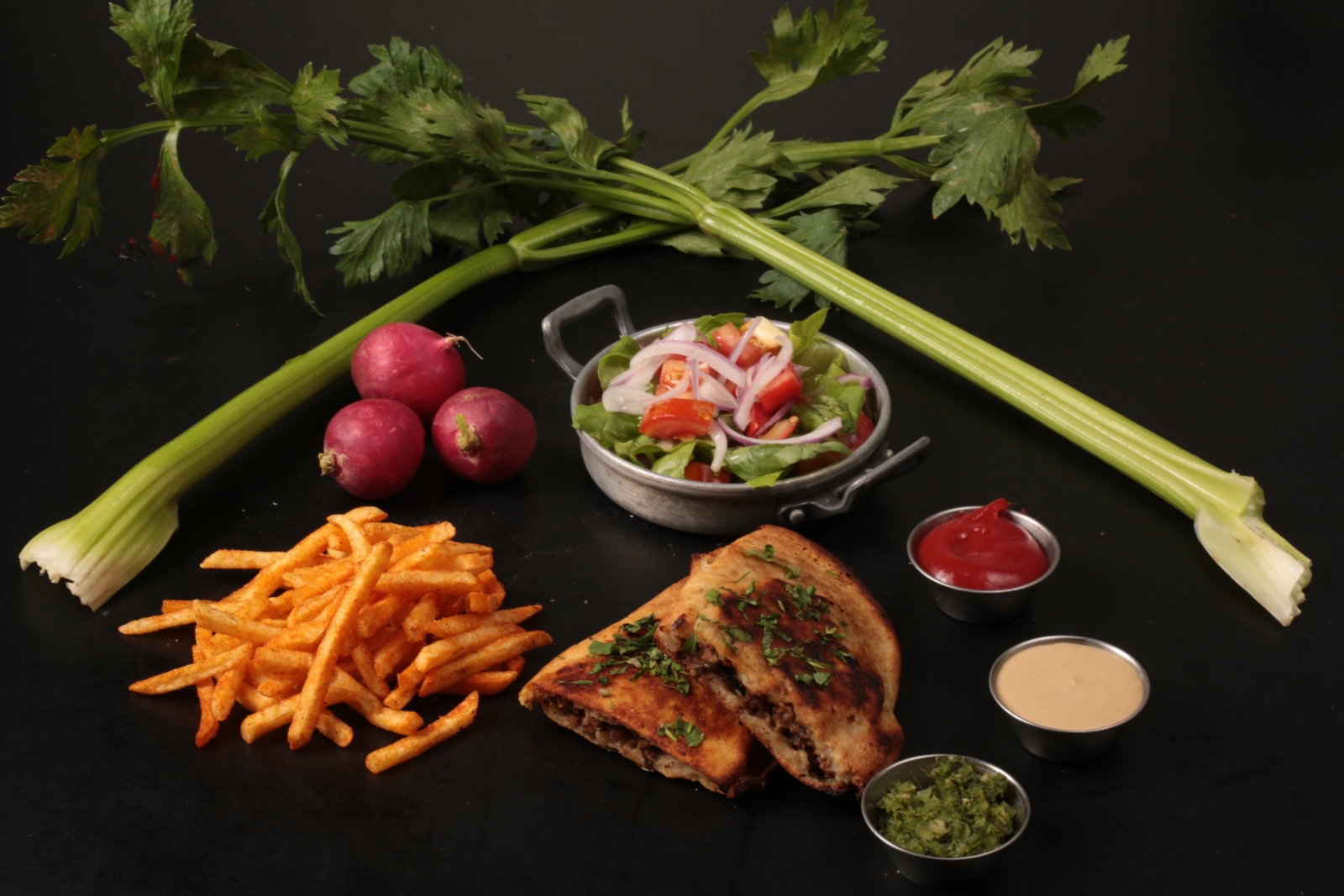 Opened by brothers longing to get back to and honor their multigenerational Yemenite roots, Yemen Street is meant to bring the flavors of the traditional Yemenite marketplace to modern-day Israel.

Mixing traditional Yemenite cuisine with fun updated Israeli twists, menu items are categorized by those who inspired them (Grandma, Mother and “us”), including a tasting menu of homestyle Yemenite stews and favorite family recipes like “tznaris” – ground beef-stuffed lachuche baked in a stone oven with a touch of rich sheep fat; French fries coated in Yemenite spice mix; and a lamb hamburger with hilbe (fenugreek sauce) on top. 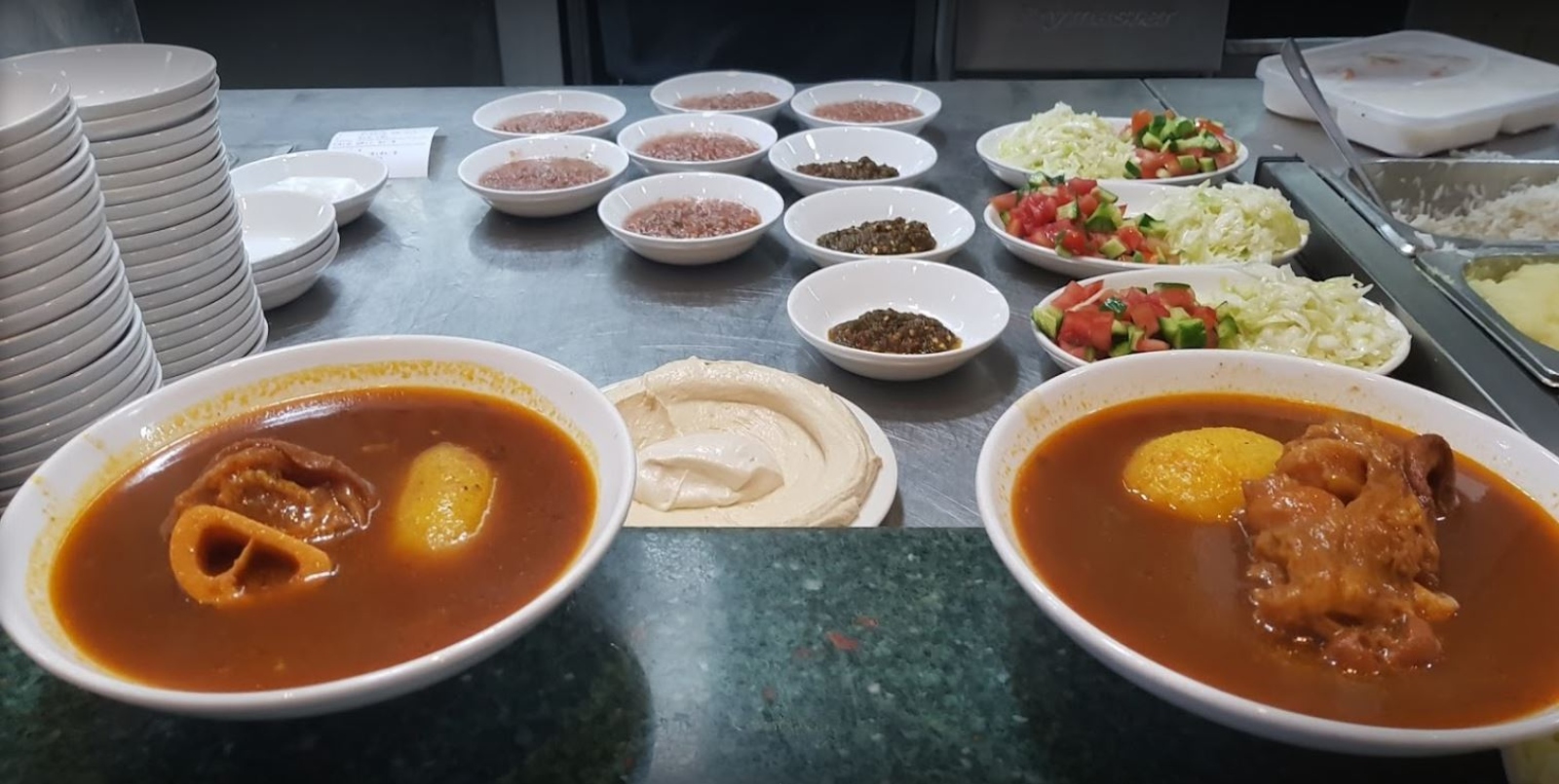 Dishes waiting to go out to customers at Opera Restaurant, Hadera. Photo: courtesy

You want a casual dining restaurant with a warm family-run atmosphere, and a grandmother (or two) cooking up large pots of delicious food in the kitchen? This is the place.

Once known only for their stand-out Yemenite doughs (which can now be purchased frozen in stores worldwide), Opera has become a well-established mom-and-pop restaurant serving up large portions of homestyle food since 1974 in the northern seaside city of Hadera.

They are equally known for pumping out soft flatbreads from the bakery out back to go alongside the array of homemade Israeli salads and other various soups and stews using, shall we say, some of the less desired parts of the animal. 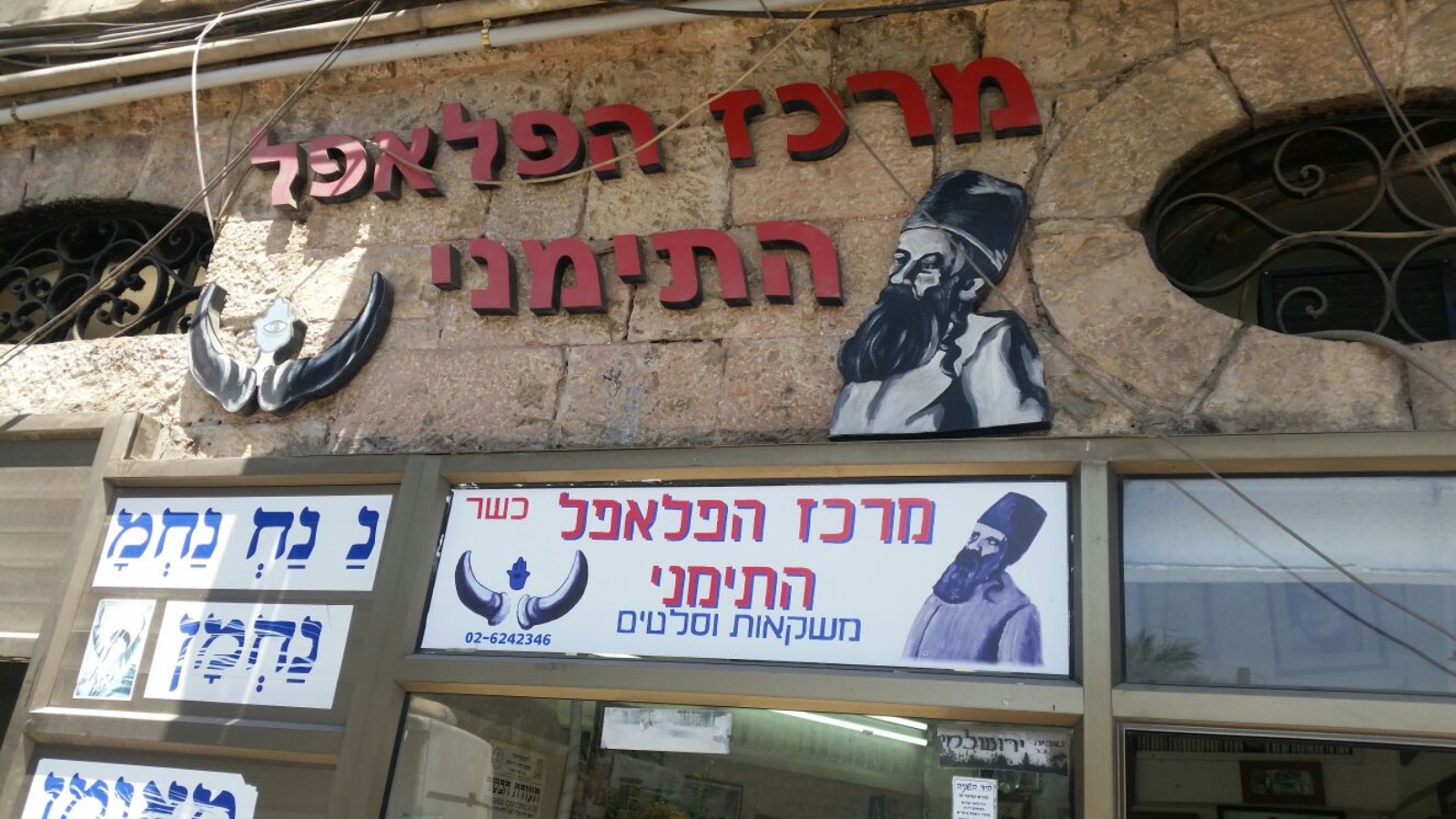 Serving up an incredibly moist golden falafel, whose color is taken from their custom made hawaij –– a spice blend heavy on turmeric, cumin, coriander, cardamom, and black pepper — that they grind into the chickpea mixture, Mercaz HaFalafel HaTeymani stands apart as one of the best sources of street food the city has to offer.

Making the unexpected choice to wrap their falafel in soft and spongy lachuch bread, which provides a pancake-like buffer between the falafel, the homemade French fries, and its accompanying salads and tahini sauce, this is part of what makes this falafel shop idolized by hungry locals.

It may not be fancy, but it hits the spot in the line-out-the-door, hole-in-the-wall kind of way that pulls on foodies’ heartstrings. 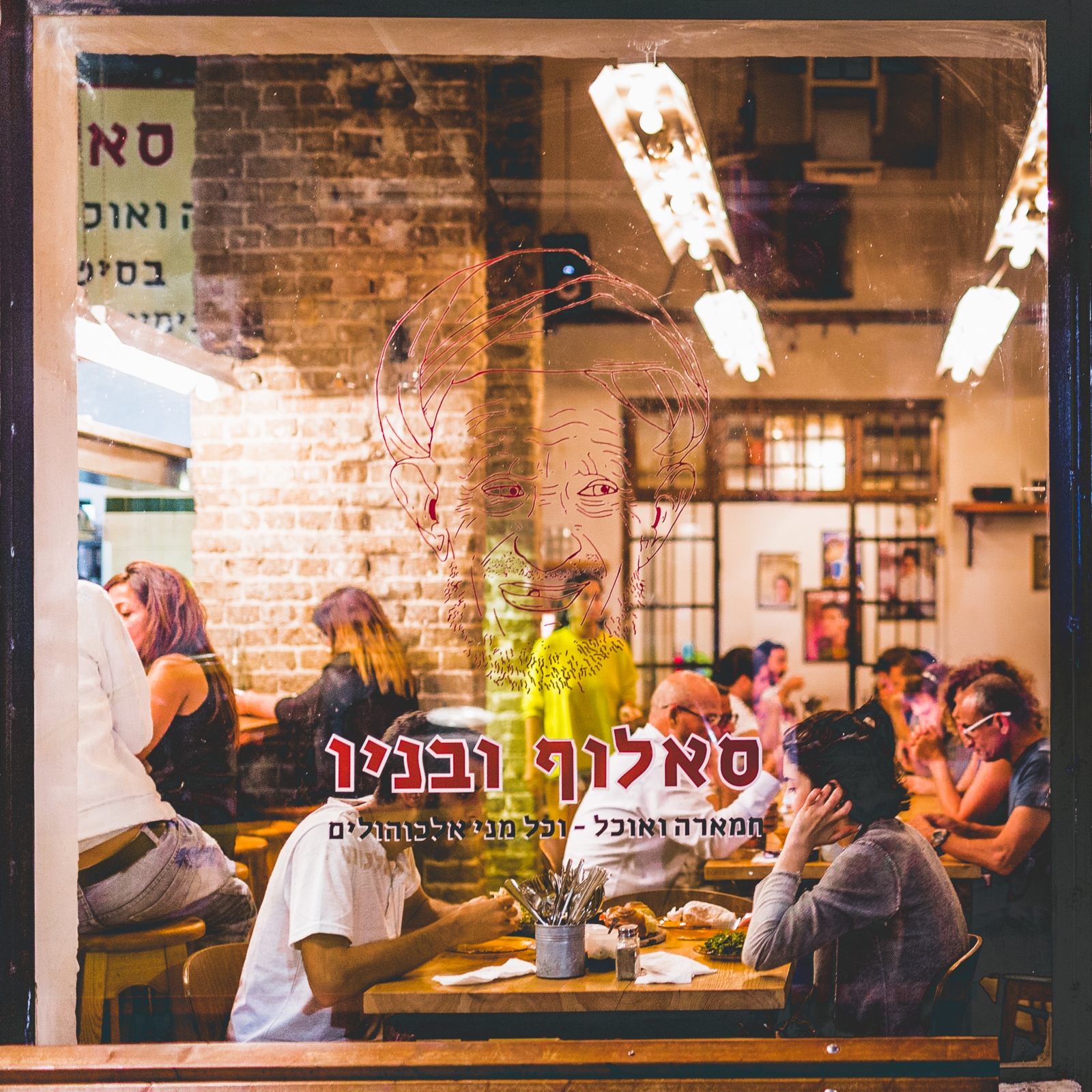 There are two things you can expect at Saluf and Sons Restaurant, just outside Tel Aviv’s Carmel Market on Nachalat Binyamin Street: good food at cheap prices, and arak shots on the house.

Open by the son of the famous owner of Saluf Bakery in Hatikva Market, it is now pegged as one of the best Yemenite restaurants in the area.

Malawach wraps, oxtail cholent, enriched kubaneh bread, and very Israeli roast cauliflower are all on the menu, as are shakshuka couscous, and Nutella-slathered lachuch bread and jachnun that first brought the family fame decades ago. 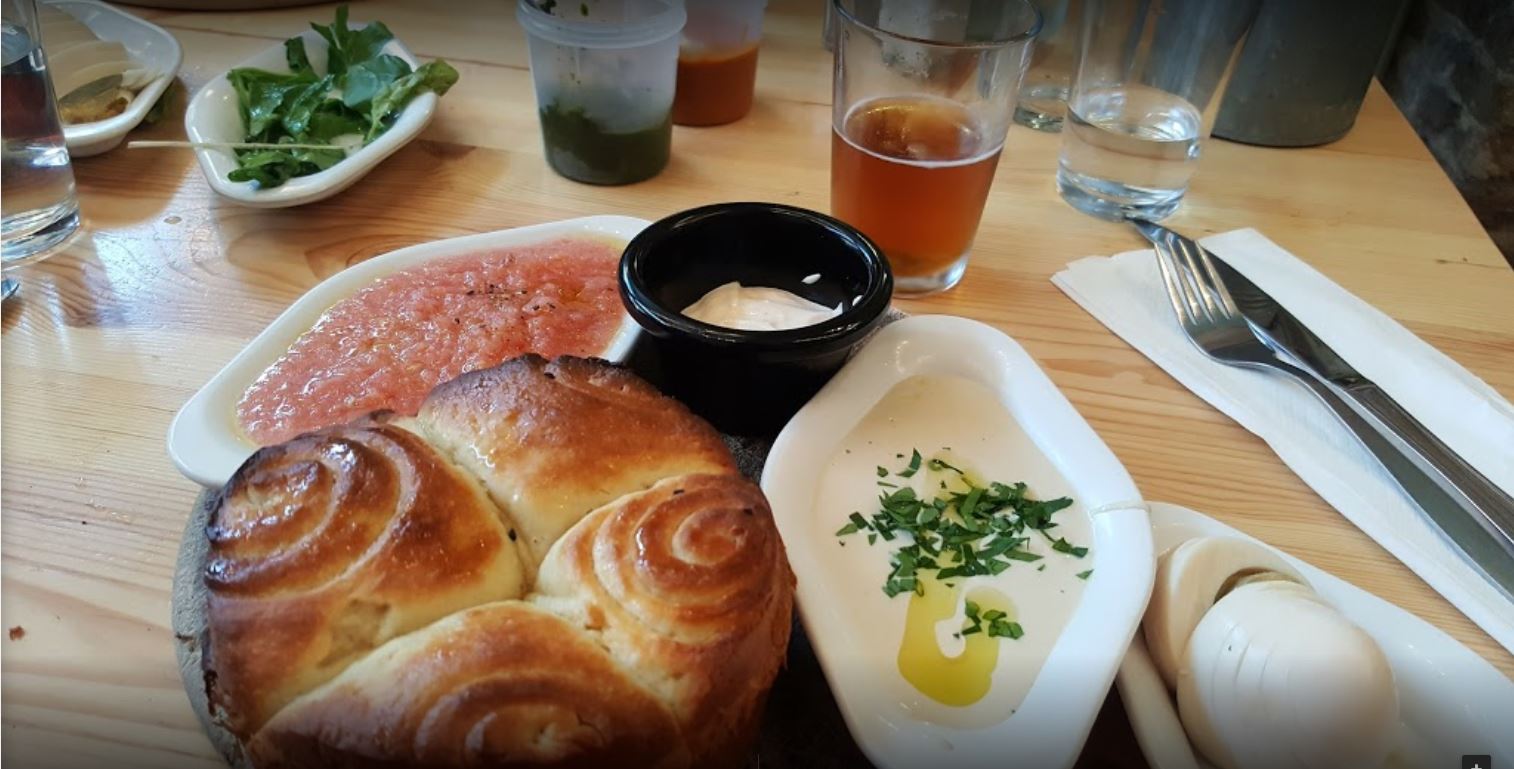 A meal highlighted by lachuch bread at Saluf and Son, Tel Aviv. Photo: courtesy
Bring Israel's story to life.
Millions of people around the world rely on us to gain a deeper understanding of Israel. We are the trusted source for original content you won't find anywhere else.
You can make a difference. Donate today to support journalism that brings Israel’s story alive.
SUPPORT ISRAEL21c
Concept, design & development by
RGB Media
Powered by
Salamandra