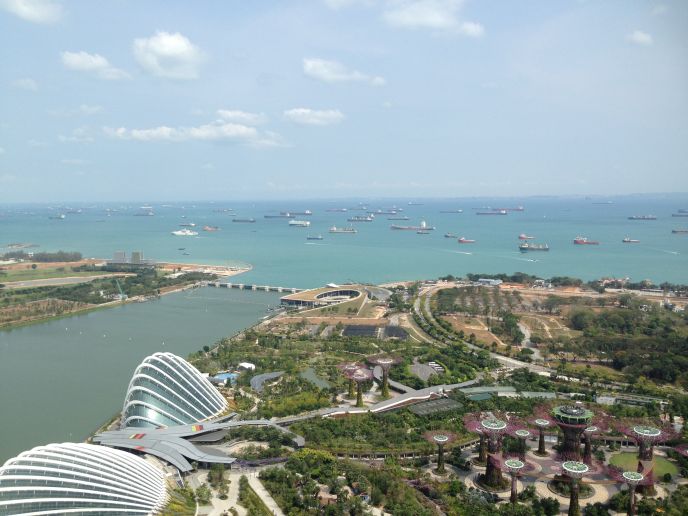 Since 1997, 140 joint Israeli-Singaporean industrial R&D projects have been supported and facilitated through this foundation established by the Office of the Chief Scientist in the Israeli Ministry of Economy in cooperation with the Singapore Economic Development Board (EDB).Now, Israeli companies collaborating with Singaporean research institutes are also part of SIIRD.

At the same time, a new accelerator for Israeli startups in cooperation with the National University of Singapore (NUS)is being launched by Startup East, a private initiative connecting Israeli and Asian startups and investors through joint acceleration and training programs.

All of this activity points to the increasing importance of Asia as a trading and R&D partner for Israel. It’s easy to understand why there are so many Israeli initiatives in much larger countries such as China and Japan.Yet despite Singapore’s population of less than six million, it offers something unique.

SIIRD Senior Manager Shirley Refuah explains that Singapore is a gateway to the rest of Asia, both as a physical hub for sea and air cargo and business travel, and as a progressive, tech-savvy, English-speaking business culture enabling Israeli companies to reach potential markets in China, India, Indonesia, Philippines, Thailand and Malaysia. Some 37,000 international companies currently market their products from Singapore. 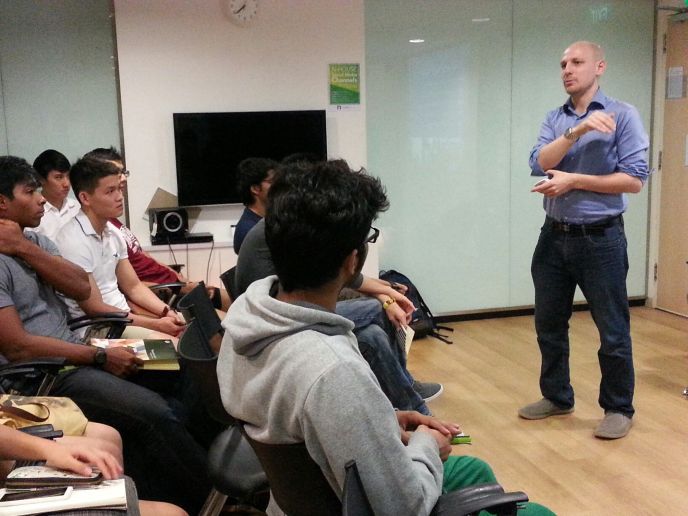 “Like Israel, Singapore is also a small country without many natural resources, that built itself up in a short time and has become a significant player in the world. Since the 1960s, Israel has had a representative in Singapore and our bilateral relations are strong and based on similar values,” Refuah says.

“Being a small and smart country that seeks to reach the technological forefront in all fields, Singapore is a great place to implement new technology, offering extensive opportunities for Israeli innovation and entrepreneurship.”

Refuah tells ISRAEL21c that Israeli companies can benefit from Singapore’s cutting-edge infrastructure in areas such as telecom and biotech. Since 2012, half of SIIRD’s approved projects– each receiving up to $1 million — involve Israeli collaborations with Singaporean research institutes.

Israel’s Allium Medical Solutions, for example, is working with the National University of Singapore to develop and commercialize a minimally invasive gastro-duodenal sleeve to treat type 2 diabetes and obesity. The product, expected to receive CE approval in 18 months, reduces the absorption of sugars in the blood and also reduces stomach volume.

“We have the knowledge and the expertise in working with polymers in harsh and acidic environments (like digesting enzymes), as well as in the development of delivery systems,” said Asaf Alperovitz, CEO of Allium. “The Singaporeans have the knowledge, the patents and the experience in making anchoring systems. The development is completely mutual, and we’ll market the products together as part of a joint venture that will be equally supported by both parties.”

Another project pairs Israel’s LiveU with Singapore’s S2T (Simulation Software and Technology). LiveU’s award-winning technology enables HD-quality live video transmission from anywhere, without the need for a satellite. TV stations and news portals are the major LiveU customers,but the partners are working toward applying this technology in crime-fighting. 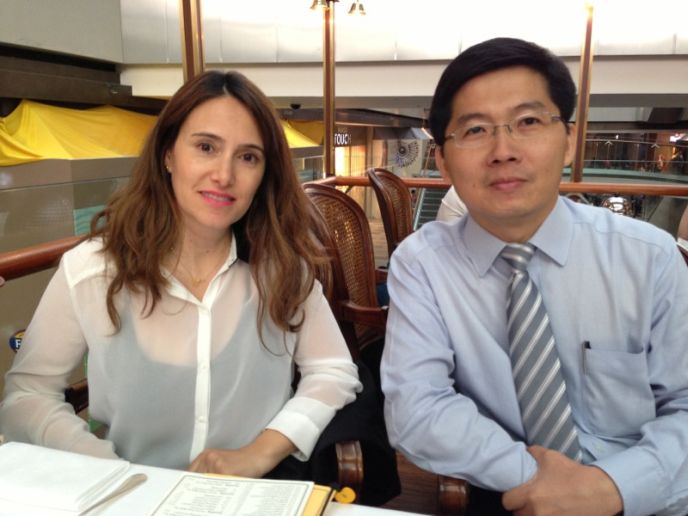 Any reporter encountering a crime scene could record and send a video directly to the police via a transmission unit. The police would analyze the data, as well as relevant information posted on social networks using a technology from S2T, and dispatch appropriate personnel to the scene.

Among other SIIRD projects in development are an inkjet printing technology to produce electro-chromic smart windows (ClearJet of Israel with Nanyang Technological University of Singapore); an app for autistic children to manage their schedule (Israel’s Matach Center for Educational Technology with Dynamic Speech in Singapore); and an algae-based vaccine for farmed fish (Trans Algae in Israel with Temasek Polytechnic in Singapore).

Projects are selected by the SIIRD board during twice-yearly meetings, one in Singapore and one in Israel.

“The foundation for success is the full cooperation of both sides,” notes Refuah, ” and it includes reports, transfer of information and shared decision-making on a daily basis. We accompany our ‘clients’ through the entire process, manage their expectations and help them put the projects into a clear framework.”

“Singapore has established itself as one of the most developed countries and economies in the whole world, and it provides a good infrastructure for Israeli startups and small businesses,” Avner tells ISRAEL21c.“As long as the companies are flexible enough to customize what they do for Asian demands, their chances are higher even than in the Western markets.”

Startup East programs include an accelerator for Israeli startups establishing activity in Asia; internships in Israel and Asia; courses and events; and Startup adVenture, a two- to four-week “boot camp”  in Israel for early-stage founders and CEOs from across Asia.

In March 2015, Startup East is launching a four-month accelerator to prepare three Israeli B2B software startups for doing business in Asia. The first half will be in Israel and the second half at NUS, with “road shows” to neighboring Asian countries to be included.

“In Asia, you have to come with something to show — a minimum viable product,” Avner explains. “The idea of this accelerator is to work directly with the startups’ business/marketing team on preparing a marketing strategy for Asia. In the second part, we will take one or more team members to meet with potential clients, investors and partners across Asia, and begin executing the go-to-market strategy.”

Participating companies that successfully validate their approach would have access to Startup East’s collaboration with Synergy China Fund, an Israeli-Chinese fund supporting high-tech companies’entry into the Chinese market.

“In order to raise a significant investment in China, a company should be in a strong position, with a technology that has already been proven in another Asian market,” said Synergy China Fund managing partner Zvi Shalgo. “Therefore, we find Startup East’s accelerator a very interesting way to approach Asia and eventually China.”