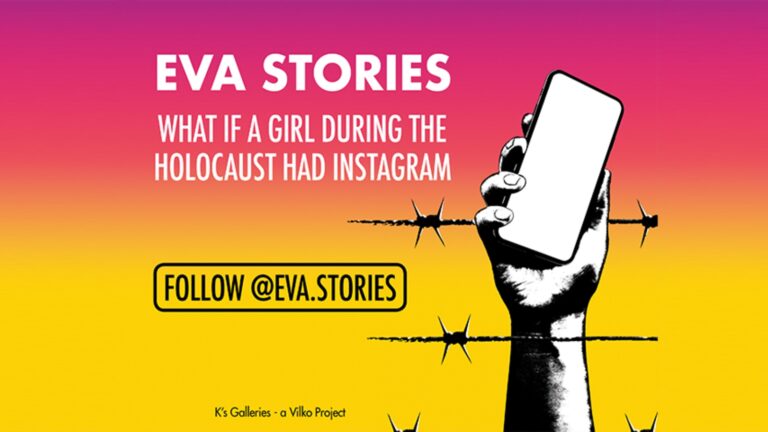 Leo Burnett Israel won a 2020 Webby in the Best Use of Stories category for its “Eva Stories” campaign.

Two Israeli companies are listed among winners of the 24th Annual Webby Awards for online excellence announced yesterday (May 19).

The Webby Awards, considered the “Oscars of the Internet,” are given by the International Academy of Sciences and Digital Art in recognition of online excellence.

Leo Burnett Israel won a Webby in the Best Use of Stories category for Social, Education and Discovery series and campaigns for its promotion of the Instagram series “Eva Stories: What if a Girl During the Holocaust Had Instagram.”

Burnett also was named an honoree in the Advertising, Media & PR: Best Use of Social Media category for “Eva Stories.” Created by Israeli entrepreneur Mati Kochavi and his daughter, Maya, this series uses modern social-media tools to recount the true story of a Jewish girl murdered in a concentration camp.

MyHeritage was named an honoree in the Best Use of Photography category for its Tribal Quest project documenting isolated tribes in the world. Golan Levi of MyHeritage with kids in the Hagen area of Papua New Guinea. Photo by Tamar Friedland

MyHeritage project also was nominated for a Webby Award in the Corporate Social Responsibility category for Tribal Quest.

The 24th annual Webby Awards received nearly 13,000 entries from 50 states and 70 countries. Fewer than 10 percent were selected as nominees.

For its pro bono Tribal Quest project, MyHeritage sent volunteer teams of employees on long voyages to the Siberian steppes, to the Savannahs in Namibia, to the jungles in Papua New Guinea and to the Amazon rainforest to help document family stories, traditions and beliefs.