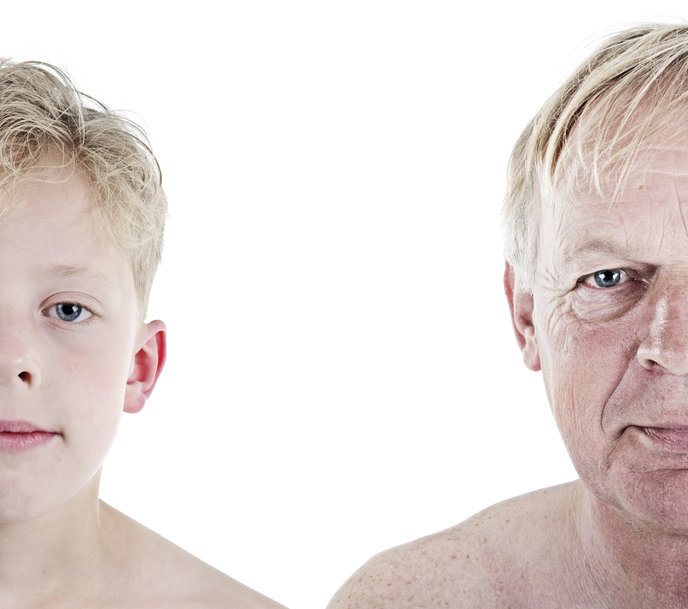 Can the aging process be stopped? Image via Shutterstock.com (shutterstock aging)

Can the aging process be stopped? Image via Shutterstock.com (shutterstock aging)

Studies in yeast, worms, flies, monkeys, and even humans seem to prove that restricting calories is one of the few sure ways to combat the effects of aging. But who really wants to trade satisfying meals for longevity?

Well, Israeli doctoral student Keren Yizhak is out to prove that there may be a more agreeable way to achieve long life than dooming ourselves to perpetual hunger.

Working in the computational biology laboratory of Prof. Eytan Ruppin at Tel Aviv University’s Blavatnik School of Computer Science, Yizhak and colleagues at Bar-Ilan University have developed a computer algorithm that predicts which genes can be “turned off” to create the same anti-aging effect as calorie restriction.

Their findings were reported in the journal Nature Communications, and could someday lead to the development of new pharmaceuticals to slow or stop the aging process.

“Most algorithms try to find drug targets that kill cells to treat cancer or bacterial infections,” Yizhak explained. “Our algorithm is the first in our field to look for drug targets not to kill cells, but to transform them from a diseased state into a healthy one.”

Her team’s algorithm, which she calls a “metabolic transformation algorithm,” or MTA, can take information about any two metabolic states and predict the environmental or genetic changes required to go from one state to the other.

In the study, Yizhak applied MTA to the genetics of aging. Yeast is the most widely used genetic model because its DNA is, surprisingly, similar to human DNA.

After using her custom-designed MTA to confirm previous laboratory findings, she used it to predict genes that can be “turned off” to make the gene expression of old yeast look like that of young yeast.

“Gene expression” is the process in which information from a gene is used to make a product, usually a protein, inside a cell. Genes can be “turned off” in various ways to prevent them from being expressed in the cell.

Some of the genes that the MTA identified were already known to extend the lifespan of yeast when turned off. Of the other genes she found, Yizhak sent seven to be tested at a Bar-Ilan University laboratory. There, researchers Orshay Gabay and Haim Cohen found that turning off two of the genes, GRE3 and ADH2, significantly extends the yeast’s lifespan.

“You would expect about three percent of yeast’s genes to be lifespan-extending,” said Yizhak. “So achieving a 10-fold increase over this expected frequency, as we did, is very encouraging.”

Since MTA provides a systemic view of cell metabolism, it can also shed light on how the genes it identifies contribute to changes in genetic expression. In the case of GRE3 and ADH2, MTA showed that turning off the genes increased oxidative stress levels in yeast. This mild induced stress may be similar to the stress produced by calorie restriction.

Next, Yizhak will study whether turning off the genes predicted by MTA prolongs the lifespan of genetically engineered mice.

She also theorizes that MTA could be applied to finding drug targets for conditions and diseases where metabolism plays a significant role, including obesity, diabetes, neurodegenerative disorders and some types of cancer.