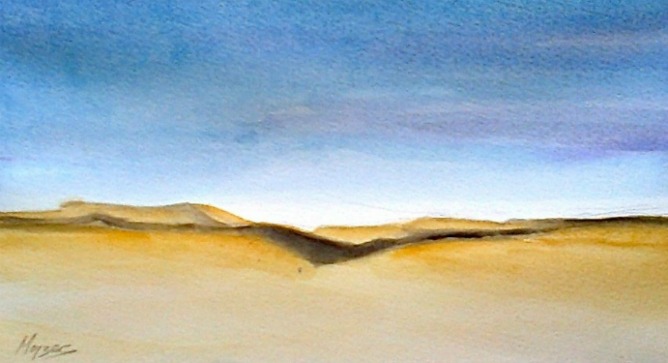 Everybody takes pictures when they travel to a new place. But that’s not the same as experiencing a locale through photography, painting or dance.

Several new initiatives in Israel allow you to do just that, even if you’re not artistic by nature.

“Our theory is that when groups go anywhere it’s all about their personal experience with the place,” says sculptress and art educator Hannah Rendell, who hosted 1,000 tourists in Beersheva last summer through her new Beer Sheva Art Experience (B7).

“I think when you interact with a place you feel like you’ve participated. And art lends itself to that.”

Croatia-born and Canada-raised painter Igor Mojzes moved to Tel Aviv last August and founded Paint Israel Art School, which will be offering an eight-day painting tour of Israel in cooperation with Gordon Tours. 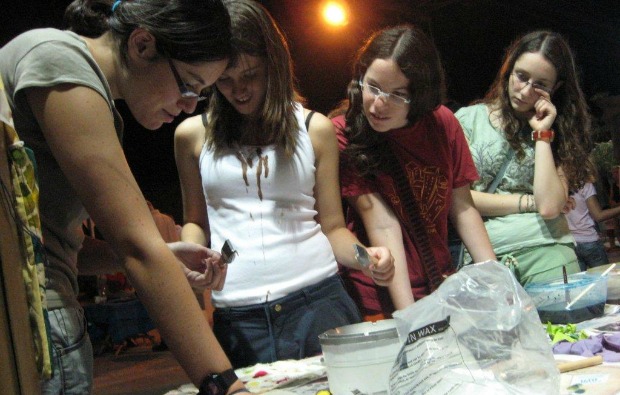 Participants in a batik workshop in Beersheva.

“The idea of the Paint Israel tour is to see as much and paint as much as possible,” Mojzes tells ISRAEL21c. “We will aim to do a minimum of one painting per day, so people will go home with practically a small exhibition of their own.”

New York-based art curator and consultant Ayelet Danielle Aldouby, who lived in the artsy city of Safed (Tzfat) most of her childhood, helped devise the itinerary for a recent Keshet Tours trip to Israel from the Mizel Museum of Jewish Art, Culture & History in Denver, Colorado.

“The Mizel trip introduced people to Israeli artists, but it was also interactive as the members did etchings, clay and glass-blowing workshops, dance workshops, etc., with local artists. Part of the vision was to have them experience rather than just observe,” she tells ISRAEL21c.

Looking through a viewfinder

“Because Beersheva isn’t obviously aesthetic, people don’t know where to look. This gives them a way of looking through a viewfinder,” says Rendell, originally from the UK.

“You can look at an old building and see it as derelict or rundown, but with an artist’s eye helping you, you might look at the layers of paint and see the story behind the building and what has it been through, and think how you can capture that story in your photograph or painting.”

Aldouby says some art tours require a certain level of expertise, prior interest in the arts or familiarity with specific styles, but others can engage anyone at all.

“For those who have not been to Israel before, the dialogue is completely different than usual. It offers a whole other engagement and level of conversation about the social, religious and artistic aspects of Israel,” says Aldouby, who’s now working with another American museum on a trip that will take participants in the footsteps of a few noted Israeli artists. 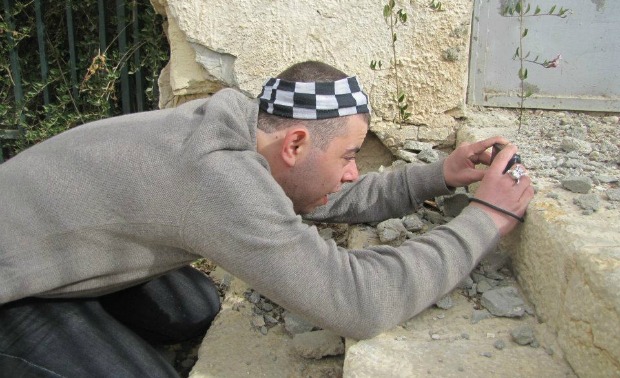 Rendell says she likes the challenge of getting non-artists involved in her artistic tours. “We’re appealing to the creative side that all human beings have. Doing that in conjunction with touring links you on a more emotional level. It really opens your eyes.”

Adds Mojzes: “I’ve done many tours of Israel myself, painting all along. Israel is beautiful and relatively small, with a large variety and diversity of sights because the climatic zones generate totally different experiences, from desert to mountain landscapes. I personally am in love with the desert landscape — it’s very subtle.”

Experiencing through the body

Visual art is not the only way to experience Israel. Aldouby also believes in the power of performance art.

“The whole idea of experiencing through the body was important to me,” she says, and that’s why she took the Mizel group to workshops with the Batsheva Dance Company in Tel Aviv and the Adama Dance Company in Mitzpeh Ramon in the Negev Desert. 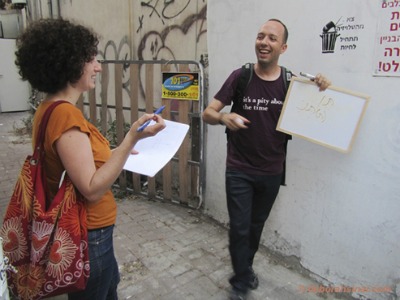 “Dancing in the desert makes you feel your body in a different way, and it’s incredible because it broke a lot of physical and even spiritual barriers.”

Linguist Guy Sharett, proprietor of Streetwise Hebrew tours, tells ISRAEL21c that art can even break the language and cultural barrier for newcomers and visitors to Israel.

“We use the walls as a textbook. I’m like a mediator between you and the wall,” says Sharett, a self-described “word geek” who speaks seven languages including English, French and Italian.

One graffito in a recent tour said “Smolanim Habayta,” which could be understood as “Leftists Go Home.” Sharett explained to participants about the etymology and colloquial meaning behind both of these words, and then revealed that it was actually a campaign slogan for the leftist political party Meretz with the meaning “Leftists Come Home.”

UNCOVER ISRAEL - Get the ISRAEL21c
Weekly Edition free by email
Sign Up Now!
Bring Israel's story to life.
Millions of people around the world rely on us to gain a deeper understanding of Israel. We are the trusted source for original content you won't find anywhere else.
You can make a difference. Donate today to support journalism that brings Israel’s story alive.
SUPPORT ISRAEL21c
Read more on:   Travel, Experience Israel, Beer Sheva Art Experience, Art in Israel