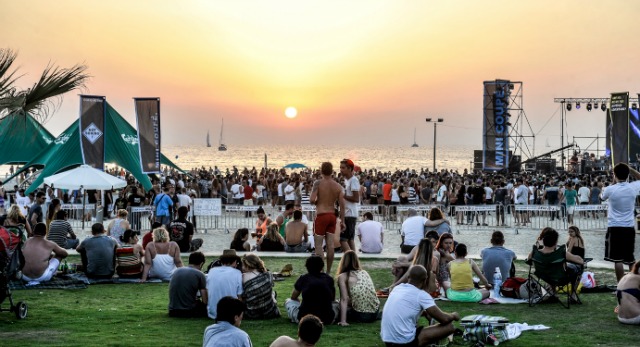 Not far from Tel Aviv, Israel’s coastal resort of Herzliya offers a host of festivals throughout the summer. Many of the events take place at the Accadia Beach or the Herzliya Marina, the largest marina in the Mediterranean basin.

If you’re in the area between June and September, hit Herzliya for one or more of these festivals:

1. Musikaitz (a contraction of the Hebrew words “music” and “summer”) features music, poetry and dance performances every Sunday from June to August in Ben Shefer Park.

2. Classical music concerts at sunset are open to the public in Herzliya Park every Saturday night at 7pm, June through September.

3. Music Festival on the Water, every Tuesday at 8pm in July and August at the Herzliya Marina Plaza, is highlighted by free, live performances by musical ensembles from all over the world.

4. Jazz at Sunset, a new series in Herzliya, runs every Thursday in July and August, 7-9pm at Accadia Beach Boardwalk. Before each show, students from the West Herzliya Conservatory will perform in the outdoor amphitheater at the entrance to the promenade. Free; bring your own chairs or mats.

5. Israeli folk dancing at the Marina beach gets going every Saturday morning at 10.30am and lasts until 2.30pm. If you prefer beach volleyball, there are courts all along the beach, open into the night hours. 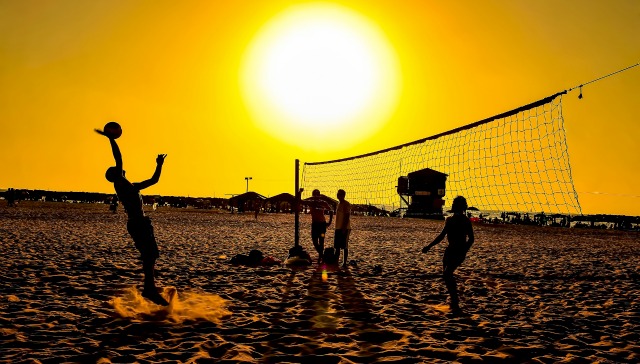 Beach volleyball courts are open into the night in Herzliya. Photo by Ohr Mani

6. Goldstar Zappa on the Beach Festival, June 19-21 at South Accadia Beach, is a great opportunity to see free performances by leading Israeli artists such as Berry Sakharof, Balkan Beat Box and Meir Banai. Food stalls, bars and arts and crafts vendors will be set up along the beachfront.

8. Dining on the Water Festival takes place July 3 and 4 along the beach boardwalk, 4-11pm. Some of Herzliya’s top hotels and restaurants will be offering reasonably priced samples of boutique cheeses, smoked sausage, artichokes, sautéed chestnuts, gourmet desserts, boutique beers and Israeli wine. Live performances, cooking classes and other activities are available, and there is no admission charge.

9. The Samuel Adams Longshot Competition and Beer Festival at the Herzliya Marina will run from 6-11pm. on July 18 and 19, open to ages 18 and older. Sample more than 100 different types of boutique beers to the sounds of live music, and root for your favorite home brew to win a prize.