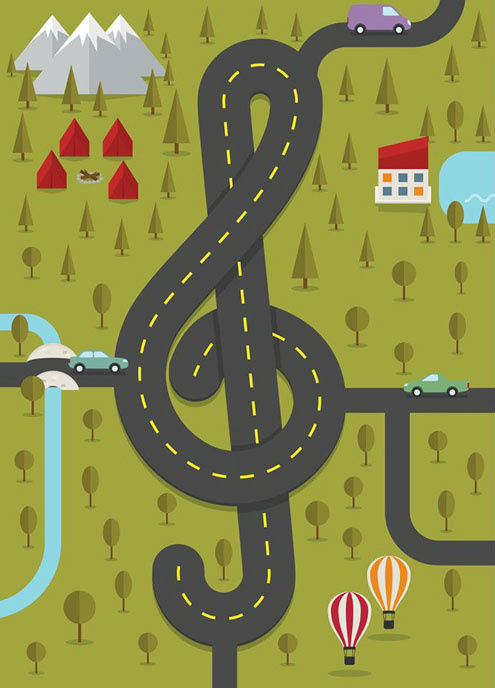 Passengers commuting between Tel Aviv and Ra’anana shouldn’t be surprised to find Mozart, Bach or Tchaikovsky on their bus route. Thanks to an innovative project by the Metropoline bus company and the Ra’anana Symphonette Orchestra, riding the bus between these two locales will now include short classical music pieces prior to arrival at the next stop.

Classical music in Israel is highly regarded, but the challenge for all orchestras and symphonies here has always been how to attract a younger and more diverse audience.

“I kept on thinking of a way to bring our amazing classical music to the public,” Ra’anana Symphonette Orchestra’s CEO, Orit Fogel, told Hebrew media. “That’s why we chose musical segments which almost every person is familiar with.”

The musicians recorded 15-second snippets of familiar music that will be played over the loudspeakers before every stop.

Bus No. 48 – which runs from Lev Hapark in Ra’anana through Herzliya and Ramat Hasharon on the way to Tel Aviv’s Carmel Market – is the first to take part in the experiment.

To launch the project, a violinist and an oboe player from the orchestra played live music for passengers on a recent bus ride.

“It’s nice listening to serene and relaxing music after coming from the busy street. It will calm down the passengers,” one passenger noted.

And though the project is meant to make classical music more acceptable, it could also keep order. If it’s anything to go by, West Yorkshire has been using classical music as a tool for social control for years by playing a loop of classical music at bus stops, outside stores and at train stations to prevent gangs from loitering.

Metropoline says it will add other routes to the music project according to reactions of its passengers.