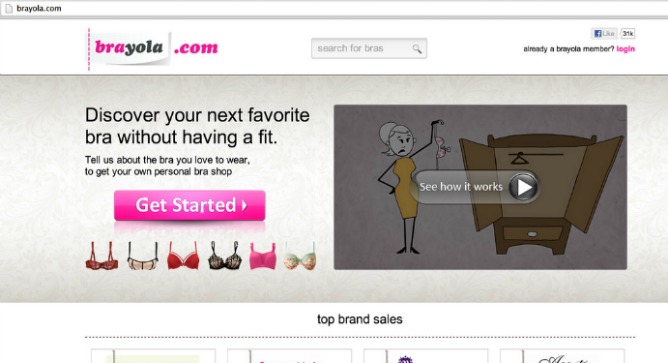 Why did Lady Globes magazine include startup founder Orit Hashay among its top 50 influential Israeli women in 2012, along with powerful execs such as Shari Arison and Ofra Strauss?

What prompted TechCrunch to name her as one of “Three Israeli Femme-preneurs to Keep an Eye On” in 2009?

And how did Hashay get chosen recently as one of four Israeli women on the top 100 European women in tech by the Girls in Tech Network?

Speaking to ISRAEL21c in her office at Tel Aviv’s TechLoft startup space, Hashay seems a bit incredulous at all the attention. But it’s not too hard to understand why an attractive, successful female serial entrepreneur — in a space dominated by men – is making waves.

‘This someone had to be me’

Now 35 and immersed in her year-old Brayola crowd-recommendation site for choosing and buying brassieres, Hashay is unusual even in the rare world of female geeks. She was raised in an ultra-Orthodox family in Petah Tikva but bolted at age 15 for a secular high school.

“Where I grew up, I didn’t hear the word yazam, entrepreneur,” she notes.

She trained as a software developer and over the next 10 years launched mit4mit, an Israeli consumer wedding services reviews site; Ramkol, Israel’s leading local reviews site; and Vetrinas, a virtual window on hundreds of stores worldwide.

Hashay then joined Israeli VC Carmel Ventures as an investment manager, observing how its portfolio Internet companies got off the ground.

“I felt I would build something big, beyond Israel, but to do that I needed to learn from others, and Carmel Ventures let me sit with them for two years,” she tells ISRAEL21c. “We all knew when I felt ready I would build my next company.”

The idea came from her own frustrating experience with two expensive bras whose straps got hopelessly stretched out within four weeks. 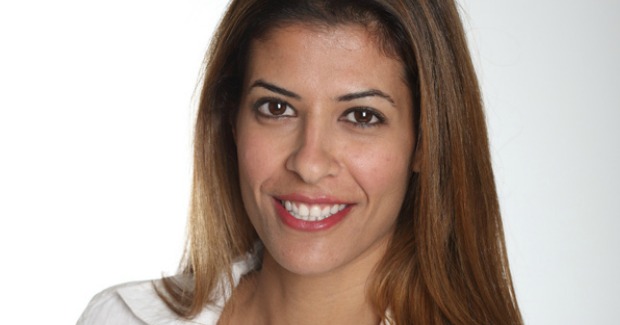 An “Israeli Femme-preneur to Keep an Eye On.”

“It really pissed me off,” she says, especially when she discovered that it costs about $4 to make a bra that sells for more than $40. “I decided someone had to make bra-shopping a better experience – and this someone had to be me.”

So she left Carmel Ventures to devote herself to Brayola.

By this time, Hashay was ready for motherhood. “As I was building Brayola, I was also trying to get pregnant. At no point had I stopped to think ‘what would happen if …’ – I just kept pursuing both goals,” she wrote in a piece titled “Raising Money While Pregnant and Launching My Startup — With a Newborn” for female tech entrepreneur website Women 2.0.

And she succeeded. Hashay won her first $350,000 in angel investment when she was six months’ pregnant. In her eighth month, she started writing code. She formally launched Brayola in February 2012, one month after giving birth to Daniel. Three months later she was at TechCrunch Disrupt in the United States, raising her profile and additional funds. Daniel stayed home with Dad.

Living across the street from her office allows her to drop the baby off at daycare at 9 and pick him up at 5. During working hours, she’s singlehandedly raised almost $1 million from angels, employed a staff of eight and grown the site to encompass more than 100,000 registered users.

Brayola features 300 brands and 8,000 different styles, serving as a platform for women to give opinions to users of similar size and/or taste. Once a bra is chosen with the help of the crowd, Brayola redirects the user to an e-tailer such as Marks & Spencer, Amazon or Victoria’s Secret. Hashay gets a commission through those sites’ affiliate programs.

“We are like Kayak for bras,” she explains, referring to the popular travel comparison site.

Thinking bigger has never been a problem for Hashay.

“What drives me is the idea of building something people use and need and love,” she says. “It’s not about having a great idea, but doing something about it. It’s an amazing process to have your own vision and to see it actually happen.”

That she achieved this solo is also significant.

“It’s difficult to raise money as a single founder, because [funders] usually invest in teams. Difficult is not impossible,” she adds with a smile.

“Once I started Brayola. I looked for a co-founder and I met about 40 people but couldn’t find a woman like me. Even the most amazing guy cannot be excited about this product. So I decided that I am starting step by step, by myself, and I hired a good [software] developer.”

Thanks to her naturally high energy level and her supportive husband, Hashay says, things are going well.

“Investors weren’t sure that once I became a mom I wouldn’t change my mind and just want to be home with the baby. But I was pretty sure I could do both,” she says. “I like being totally busy. I told them, ‘I am Superwoman.’”

UNCOVER ISRAEL - Get the ISRAEL21c
Weekly Edition free by email
Sign Up Now!
Bring Israel's story to life.
Millions of people around the world rely on us to gain a deeper understanding of Israel. We are the trusted source for original content you won't find anywhere else.
You can make a difference. Donate today to support journalism that brings Israel’s story alive.
SUPPORT ISRAEL21c
Read more on:   People, brayola, Entrepreneurship, Orit Hashay, e-commerce, Technology