“When you see a young man dying on the floor of the hospital because there’s no bed and we can’t do anything to help him, and his mother is crying, it breaks my heart,” says Odeda Benin-Goren.

This Israeli nurse has traveled the world for the past 30 years to help people in areas that are devastated by floods, earthquakes, fires and wars.

The bleak scene she’s describing took place last August in South Sudan, a country that has been jolted by civil war since its independence in 2011. In much of the country, there’s no running water and the electricity functions only a few hours each day.

On a mission of the Israeli Ministry of Foreign Affairs’ Agency for International Development Cooperation (MASHAV), she went to South Sudan for 10 days with Dr. Hadas Stiner, an emergency medicine specialist and general practitioner at Rabin Medical Center in Petah Tikva; and Dr. Nimrod Aviran, a surgeon and trauma specialist at Hillel Yaffe Medical Center in Hadera. The three Israelis brought medical equipment, beds and supplies to Juba Teaching Hospital to set up and train hospital staff to run an emergency and trauma unit. 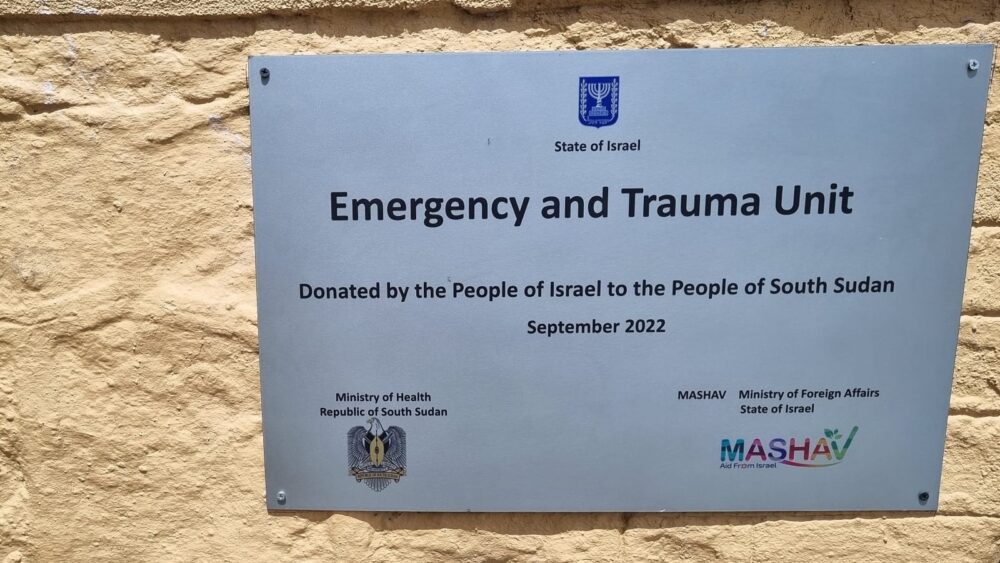 Sign on the trauma unit donated by Israel in Juba, South Sudan. Photo by Odeda Benin-Goren

During her visit to South Sudan, she was reminded of how “life is very fragile and I can’t change that.”

But she can help change patient outcomes for the better.

After spending 10 intense days of working at Juba Teaching Hospital, Benin-Goren still makes herself available to the hospital’s healthcare workers, who call her in Israel to ask questions, seeking advice and guidance. 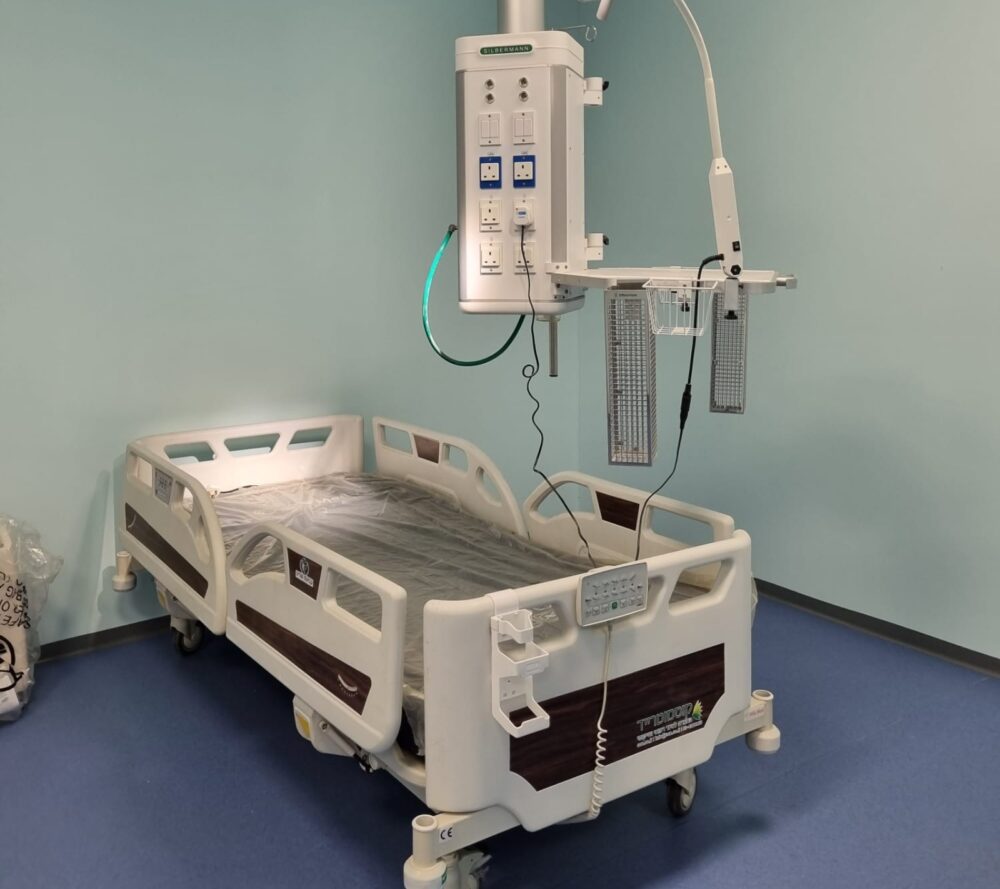 “What makes the program successful is that it doesn’t end when we leave,” Benin-Goren said.

At 65, this registered nurse certified in emergency nursing shows no signs of slowing down.

Thirty years ago, Benin-Goren said that as a young nurse, she had “a dream of saving the world.”

After her first trip to practice emergency medicine in Ethiopia, she realized that she “can’t save the world, but I can light a few lights to at least improve people’s lives a bit.” Armed with a PhD and experience in clinical nursing in the fields of internal medicine, public health and emergency medicine, she is “not naïve” about how much she can do.

“I sow the seeds in different countries and then it’s in the people’s hands,” she said.

“In some places, after we leave, they don’t do anything with what we taught them, but in other places, they do.”

As the only female Israeli member of the United Nations Disaster Assessment and Coordination under the UN Office for Coordination of Humanitarian Affairs, Benin-Goren coordinates humanitarian aid in disaster-stricken areas and has seen more than her share of tragedies.

She also is a consultant in disaster preparedness and risk assessment for the World Health Organization. Her consulting firm, Odron, focuses on the strategic, tactical, and operational levels of disasters before, during, and after the event.

Traveling as a nurse and disaster preparedness consultant to other places has given her the chance to see different cultures that she might never have experienced. 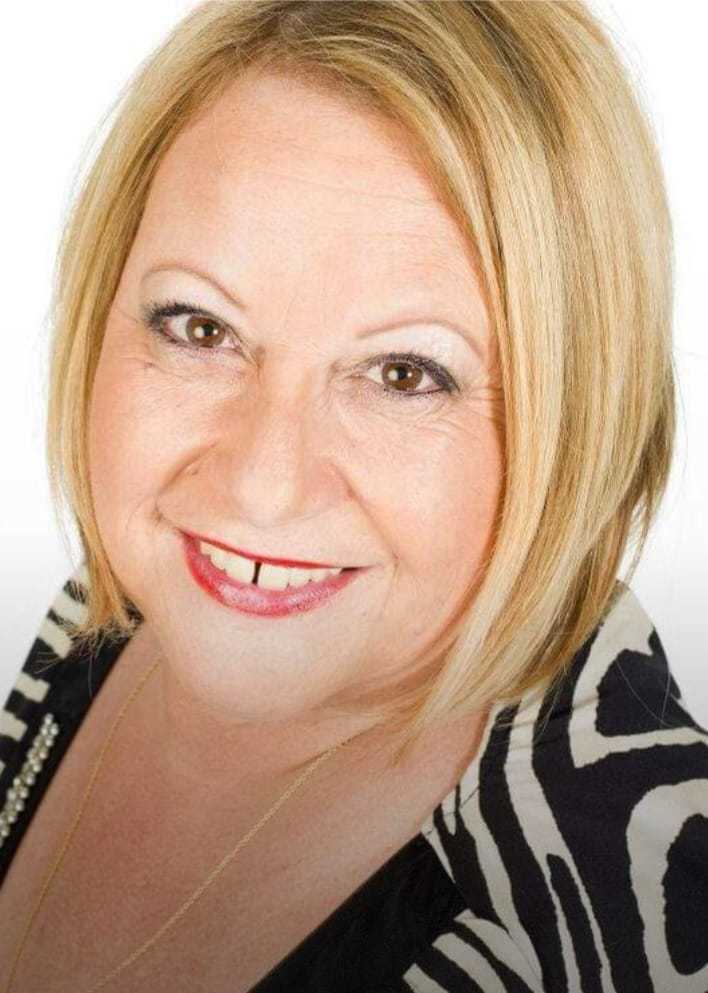 The day we met, she wore a colorful patterned dress that she had bought in Africa, and had on bright red nail polish and matching lipstick.

“My mother told me that I always needed two things: lipstick and nail polish,” she said with a laugh.

“Even in a trauma unit?”

“Well, when I went to South Sudan, I wore lighter nail polish, definitely not this red,” she said.

Her work in places where there have been mass casualties has made her more appreciative of all that she has.

“But in a moment,” she said, “if there is an earthquake or a flood, if people we love are in accidents or are diagnosed with a disease, we could lose everything, too.”

As a member of Society for International Development (SID) Israel, an umbrella organization encompassing over 170 Israeli members and 1,000 partners, Benin-Goren gives lectures on humanitarian aid and about the work she does.

While she believes that aid should be given “beyond borders,” she admits she is “always proud to say that I’m from Israel. It shows our positive presence. I go as an individual but I’m also representing my country.”