Tears of joy were shed by parents the world over when the Upsee walking device made by an Israeli mother for kids with cerebral palsy went to market this year. The Israeli-made Rewalk exoskeleton for paraplegics got a prime-time TV shout-out on Glee.

Drill down into the heart of Israel’s startup nation and you’ll see a growing number of high-tech startups for people with disabilities or disadvantages. Now they have their own project accelerator — A3i, Accelerating Inclusion in Israel, run by the NGO PresenTense in Jerusalem.

The idea is to create a fast-track series of workshops so that socially inspired startups can find their legs. It’s not easy building a company when the big-picture mission is to give people a better quality of life. 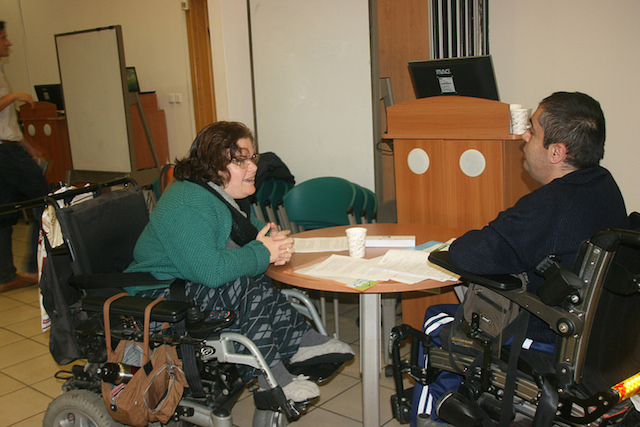 A business accelerator for special needs.

“We’ve taken this model of incubators to an area of disability,” he explains. “It hasn’t happened before. It is a world first.”

A3i is now working with 13 select companies (out of an application pool of 90) to better their business models, find investors and make dreams come true. The program runs until June, when the companies will present their nascent products at a demo day in the Tel Aviv area.

Spigelman has already been contacted by a US group wanting to replicate the new model developed in Israel.

A market with inherent disabilities

“There are a number of different identities in Israel,” says Spigelman.

And it is exactly all the different identities that he sees as the country’s untapped strength. These differences will be woven into the A3i accelerator and five other programs aimed at incubating startups in or for markets that aren’t the obvious choice. 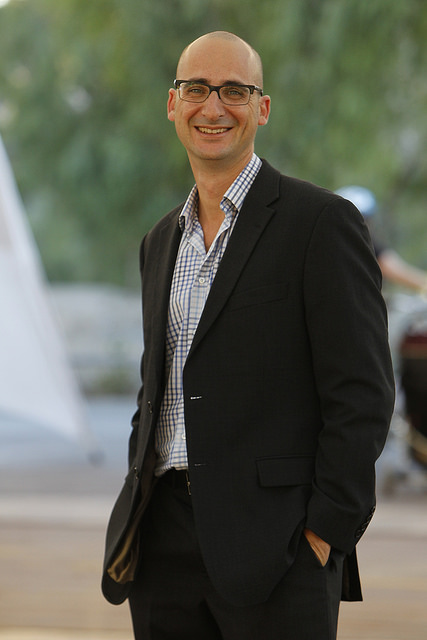 While A3i will address needs of those with physical challenges, another accelerator has begun in the Arab-Israeli community of Nazareth. And PresenTense is about to launch a startup incubator for female technology entrepreneurs from the ultra-Orthodox (haredi) sector.

A3i is opening some interesting doors. One of the companies in the program is Open Sesame which will use eye gestures to help immobilized people use the Internet, make calls and send emails.

A second company is developing a hotline for people who talk in sign language. A bank could subscribe to the service for its clients with hearing impairment so their queries can be heard with the help of a human sign translator online.

A third company is developing a speech-to-text app for Google Glass, while another social project plans an Israeli accessibility information website for Arabic-speakers with disabilities. Theoretically, the model could branch out to the Arabic-language Internet space.

On the market and growing

The young A3i companies join others in Israel that are working to better the lives of people with disabilities worldwide.

ISRAEL21c was the first to cover VoiceITT, a company that helps people who have lost the ability to talk or be heard, communicate clearly again with the spoken word. The app is now available for the smartphone.