Many kids turned out for the opening of Bakehila’s learning-and-enrichment center in the Arab neighborhood of Beit Safafa. Photo courtesy of JVP Community 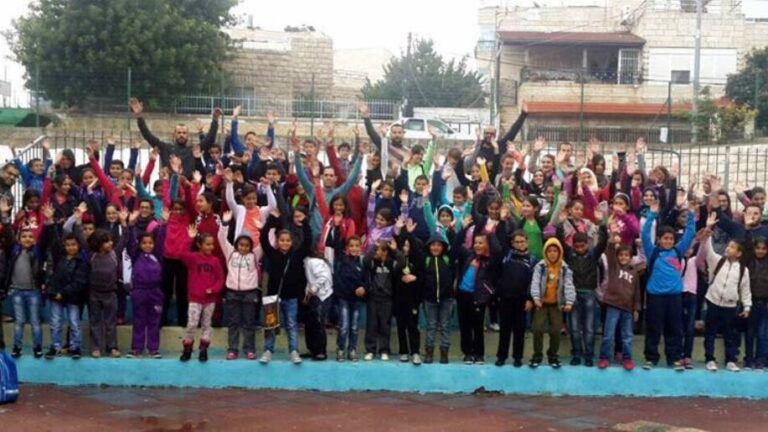 The opening of Bakehila’s center in the Arab neighborhood of Beit Safafa. Photo courtesy of JVP Community

Until a social-action program called Bakehila (In the Community) placed Anayesh in an afterschool choir where she could hone her exceptional singing talent, she’d never achieved anything to be proud of. The future didn’t look bright to this Ethiopian-Israeli preteen.

A faculty member of the Jerusalem Academy of Music and Dance heard Anayesh sing at a local Independence Day ceremony last year, and now this formerly failing student from a disadvantaged Jerusalem neighborhood has completed her freshman year at the prestigious school on full scholarship.

Yair Zaafrany, CEO of Bakehila — known in English as JVP Community – has many similar success stories to share.

ISRAEL21c spoke with Zaafrany in his office at the Jerusalem Venture Partners (JVP) Media Quarter. The organization was established in 2002 by JVP founder Erel Margalit and his wife, Debbie, to empower children and parents in impoverished Jerusalem neighborhoods to be self-sustaining contributors to society. It has impacted more than 25,000 lives.

“Israeli society needs young people who have the vision and ambition to make society better,” says Zaafrany. “As Gandhi said, a nation’s greatness is measured by how it treats its weakest members. So we invest in them.”

In and out of school

In participating schools, a teacher provided by the Ministry of Education mentors small groups of pupils who’ve shown interest in maximizing their potential. Activities include “learning marathons” and field trips, and the program culminates in a test of their knowledge and a party with their parents. 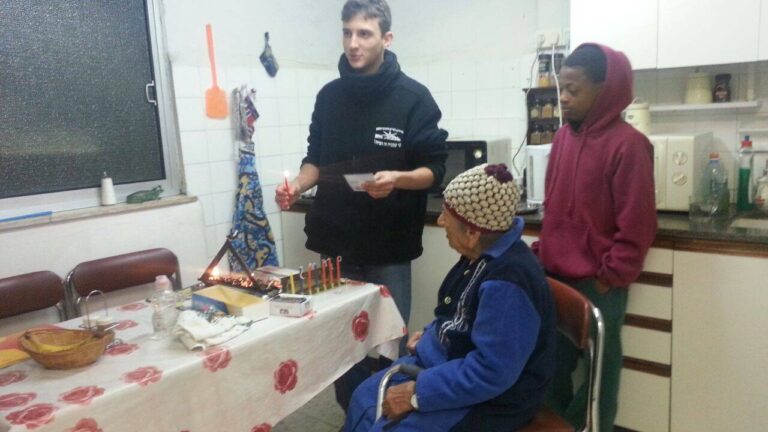 Neighborhood learning-and-enrichment centers, which charge a nominal fee, provide youngsters with three days per week of more individualized attention – one adult per five children — than they receive in Jerusalem’s chronically crowded classrooms.

“We help them with their homework assignments and teach them new things in a fun way,” he says. “Next week, we will start teaching math using a very visual computer program from an Israeli startup, Eser Etzbaot [10 Fingers].”

The centers provide meals and activities such as civics lessons and public speaking, plus twice-weekly clubs in areas including sports, art, drama and cooking to bring out latent talents. “It’s all about self-confidence. If a child doesn’t succeed in school it may be for many reasons and the club helps him understand his strengths.”

Year of Service volunteers also do individual home mentoring, each working with three to five children per year once a week. “They decide with the child what goal they want to achieve, whether speaking more confidently in class or finding more friends; it’s not just academic,” says Zaafrany. “It’s also fun and exposes the child to a role model.” 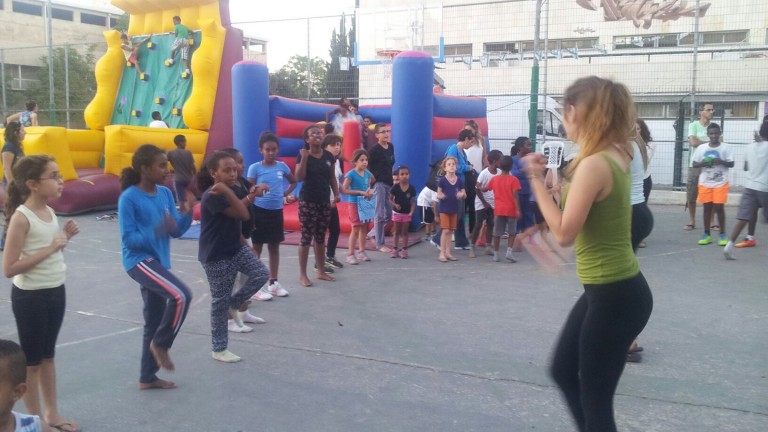 Bakehila youth clubs aim to impart a sense of civic responsibility through planning and implementing activities. Last year, one group of teens organized a five-shekel movie night for children in their neighborhood.

The final piece of JVP Community is parent empowerment workshops and events in cooperation with other communal organizations.

“Instead of paying, the participants volunteer with younger kids in our learning centers or in tutoring and summer activities in their own neighborhoods,” says Zaafrany.

The pilot is led by Nitzan Adler, a Hebrew University business student and head of Simply Singing, a platform for Arab and Jewish artists in Jerusalem.

Like many actual startups nurtured at JVP, Bakehila is geared toward achieving an exit – turning over responsibility for its programs to the communities in which they operate. That’s already happened in the original neighborhood where Margalit implemented the initiative.

“Erel Margalit always says if he and his wife could take care of 2,000 children a year, the state can take are of [all] 1.5 million,” says Zaafrany.

JVP Community has started expanding beyond Jerusalem, recently opening a learning-and-enrichment center in the Arab village of Ein Rafa, 10 kilometers west of the city.

Future plans include an alumni program to encourage former Bakehila Year of Service volunteers to help build up their own Jerusalem communities. Out of 360 alumni, 70 live in the city. A military “seed group” is in development so the volunteers can continue with Bakehila during their army service.

In closing, Zaafrany describes another success story, this one about a shy son of poor immigrants whose qualities were discovered through his participation in a JVP Community leadership training group in junior high.

“After three years he started leading this group and then started a group for fifth- and sixth-graders.” Now 19, the young man was recognized for excellence by City Hall and went with seven other teen leaders to meet with peers in Germany. 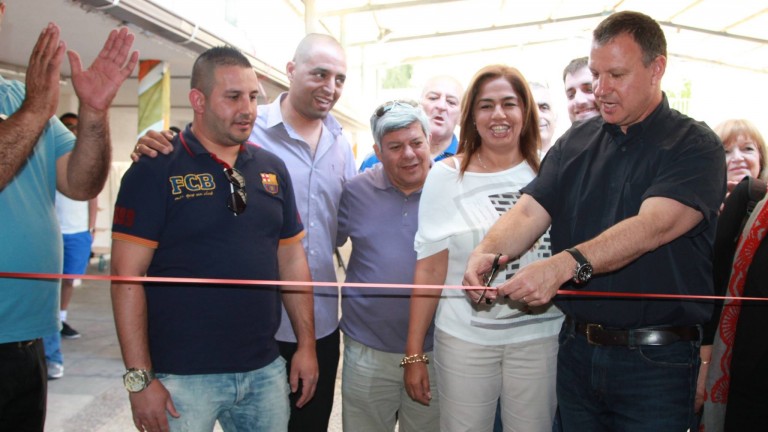