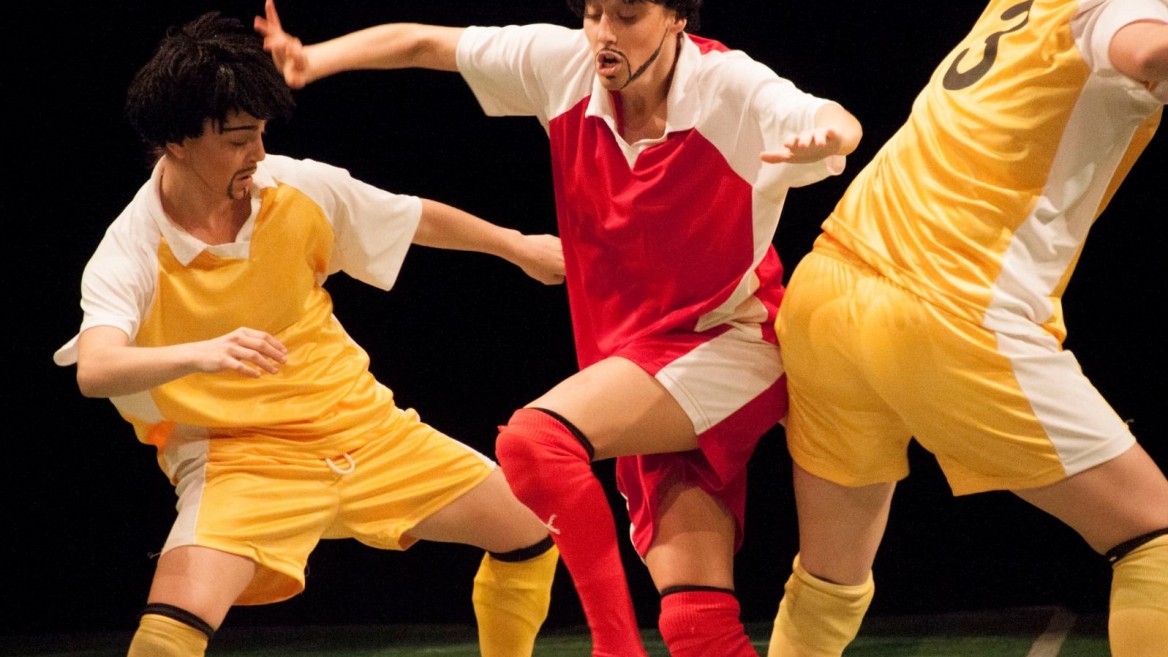 It’s probably the only soccer match you’ll ever see without a ball. Choreographer Nadine Bommer’s treatment of the popular sport in her dance performance, “InvisiBALL” has fans cheering it on in New York, Tel Aviv, Berlin, Prague, Pittsburgh, Copenhagen, Bologna and Macau.

The one-of-a-kind comedic show features 10 female dancers playing out a full soccer match from all perspectives of the field. The dancers are the players, the fans and even the ball. Depicting two teams trying to win the match, they perform in real-time, slow-motion and fast-forward as if they were a television replay.

“It’s the feeling of the game in art form,” Bommer tells ISRAEL21c. “It’s a fully immersive theatrical dance experience where everyone comes away with the feeling of having been a part of an actual soccer game.”

The veteran choreographer and artistic director is well-known for her original dance technique that is divided into three parts: NBT (Nadine Bommer Technique), Kinetica (a language of movement) and Animato (artistic creativity and theatrical expression).

“InvisiBALL,” like the other four shows in the Israeli ensemble’s repertoire, is quite unlike anything you’ve seen before.

The satirical performance came about from Bommer’s evening walks on game nights with her dog.

“The fans in Israel are so crazy about the game,” says Bommer, who created the piece without ever having watched a match herself. “When it’s a big game, you can hear everybody screaming from their apartments when there’s a goal. I remember walking my dog one evening and hearing them shouting. I was laughing so hard. It’s a big celebration, it’s like a ceremony.”

The 10 delicate dancers take on macho, over-the-top personalities in their performance. And the audience is requested to play the role of the fans. Bommer says the soundtrack of Israeli football chants and the crowds’ roars riles up international audiences even though they don’t necessarily recognize the lyrics.

“InvisiBALL” started its run in Israel four years ago and then successfully toured the international dance circuit. In the summer of 2015, the show made its New York debut featuring the first performance by New York-based dancers who hail from Sweden, Germany and the United States. 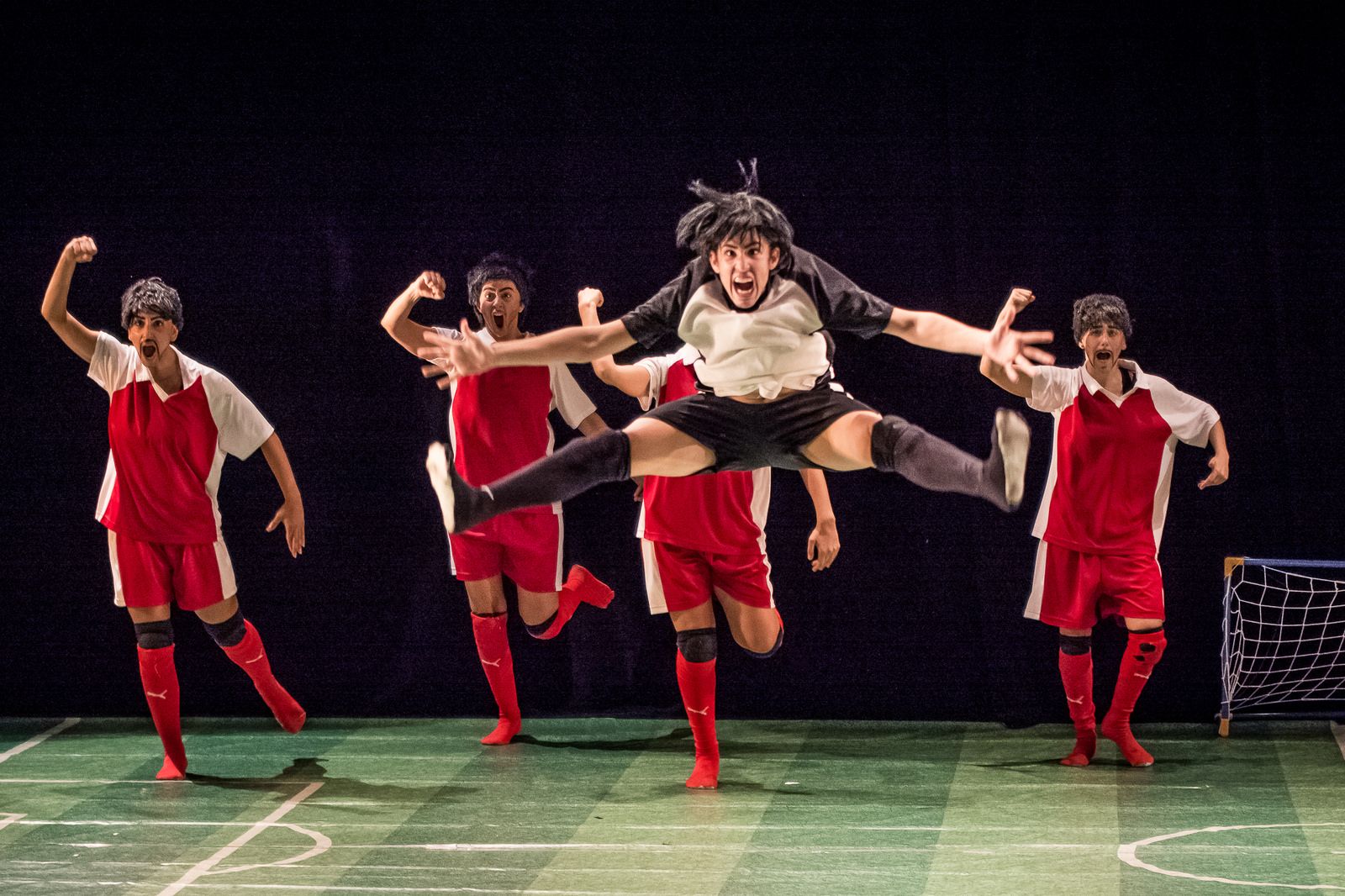 “InvisiBALL” is a comedic satire with lots of energy. Photo by Ronen Rosenblatt

“The audience was amazing,” says Bommer, who was born in New York, grew up in Israel, and now splits her time between the two locations. “They really enjoyed the idea and had the time of their lives.”

A reviewer for Axs.com wrote: “Keep your eyes peeled for its next revival which, judging by audience reactions, will be sooner rather than later.”

“Israel is on the top in contemporary dance. Everybody is talking about Israel and how diverse the choreographers are here,” Bommer tells ISRAEL21c. “I’m so proud of us because it’s true — everybody here is so creative. We are pushers, pushing the limits in art and thinking how to be new and different.”

In 1994, Bommer – who trained at the American Ballet Theatre and the Alvin Ailey American Dance Theater – founded the Nadine Animato Dance Company of Tel Aviv. In 2014, she branched out and started the Nadine Bommer Theater Dance Academy in the New York City boroughs of Brooklyn and Manhattan.

“For my dancers, it is a dream to come to Israel and dance. And while a lot of people want to come and study dance in Israel, if we [the choreographers] leave, they’re excited to welcome us. My New York dancers were so excited that I was from Israel and said my method is new and exciting.”

Bommer’s techniques are used by 15 modern dance troupes in Israel. She also choreographs for her daughter, Gaya Bommer Yemini, a contemporary ballet dancer on the rise. Yemini featured in the ballet documentary First Position, and is the only Israeli to win first place at the Youth America Grand Prix dance competition.

Bommer says her company’s 25-year anniversary is a great achievement but that she’s hardly resting on her laurels. “InvisiBALL” continues its run in Israel and will “definitely take the stage again” in New York.

In Tel Aviv, the local troupe’s other shows are also on a regular rotation.

Asked what comes next, the award-winning Bommer says she never thinks much about the future or past. “My wish is to continue sharing my art and enjoying it. What I’m doing now, I just want to do more. I want everybody to enjoy this method I’ve created, to continue working with dancers, and for the audience to continue showing their love.” 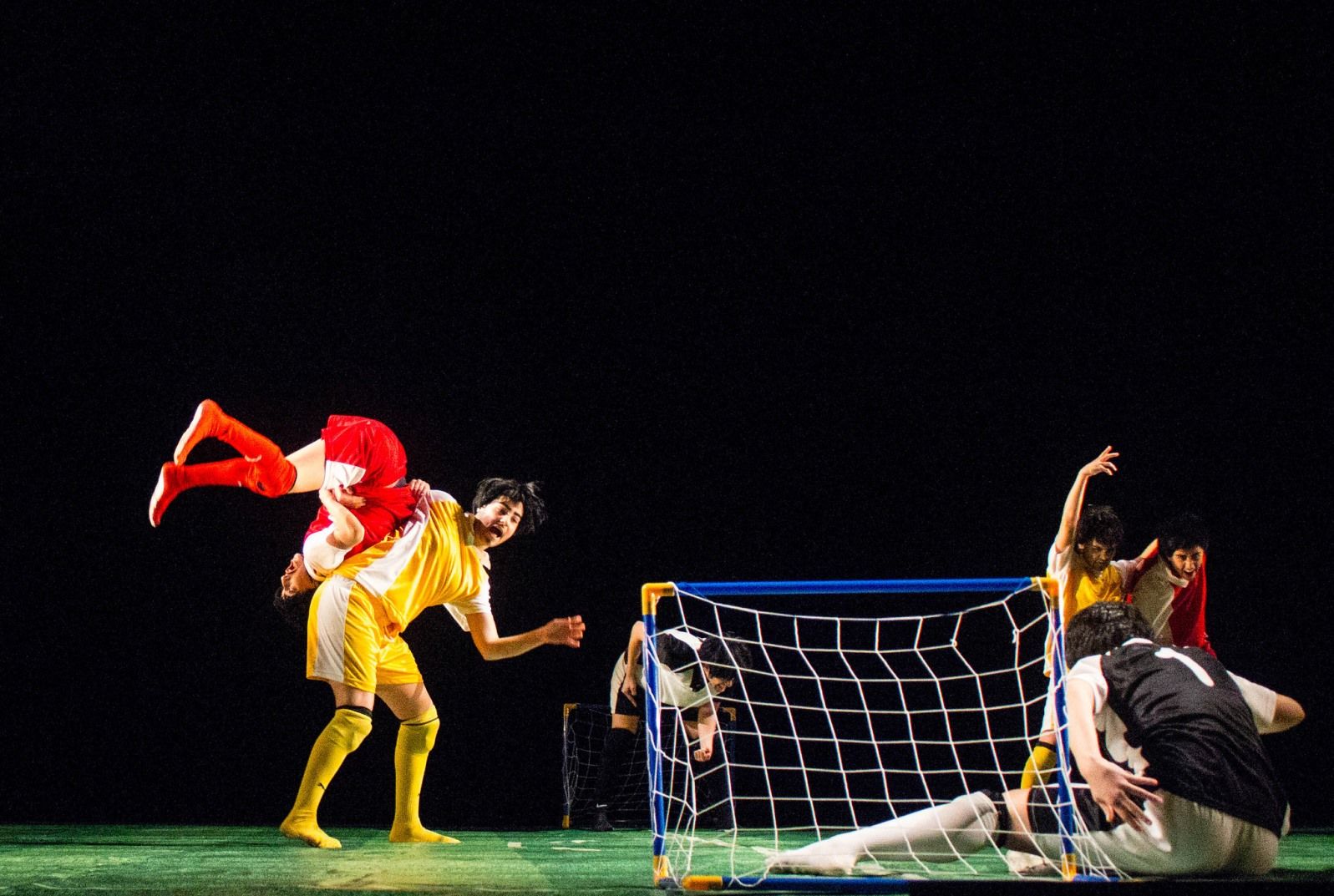 A scene from “InvisiBALL.” Photo by Gloria Matos
UNCOVER ISRAEL - Get the ISRAEL21c
Weekly Edition free by email
Sign Up Now!
Give
Every
Month
Help ISRAEL21c uncover
the Israel we love