Days after Tel Aviv’s The Imperial Craft Cocktail Bar was voted best bar in Africa and the Middle East, the city’s Gan Hahashmal (Electric Garden) zone was highlighted as the second Sexiest Neighborhood on Earth.

“Israel’s renowned for its gorgeous citizenry, having produced the wonders that are Bar Refaeli and Gal Gadot, but Tel Aviv in particular serves as a crossroads of international and domestic hotties. Add in the fact that the city’s population is overwhelmingly single, and you’ll start to see how a hip neighborhood like Gan Hahashmal — with its public garden, late-Ottoman-era houses, and cutting-edge boutiques — can be a hotbed of sexy people doing sexy things,” Thrillist.com writes. 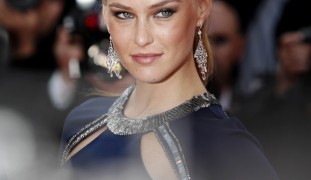 ‘Israel’s renowned for its gorgeous citizenry, having produced the wonders that are Bar Refaeli and Gal Gadot.’ – Thrillist.com (Shutterstock)

The pop culture online site, focusing on the best of food, drink, and travel around the world, listed 10 sexy neighborhoods every traveler needs to visit.

“It’s happened to us all before: wandering through an unfamiliar part of town, you suddenly realize you’re surrounded by throngs of devastatingly attractive people. It’s as if you stumbled into a dream, or at least onto the set of an Abercrombie & Fitch catalogue shoot.

“And while your good fortune might appear to defy the laws of science, allow us to be the Scully to your Mulder by suggesting that there is, in fact, a perfectly logical explanation for this phenomenon. Thanks to chic shopping, trendy bars, and high-end real estate, certain neighborhoods just happen to be populated by really ridiculously good-looking people,” writes the Thrillist.

Photo of Bar Refaeli by Shutterstock

UNCOVER ISRAEL - Get the ISRAEL21c
Weekly Edition free by email
Sign Up Now!
Bring Israel's story to life.
Millions of people around the world rely on us to gain a deeper understanding of Israel. We are the trusted source for original content you won't find anywhere else.
You can make a difference. Donate today to support journalism that brings Israel’s story alive.
SUPPORT ISRAEL21c
Read more on:   News, Tel Aviv, beautiful people, sexy