The Tel Aviv-Yafo municipality is about to make history with its 17th annual Pride Festival. Organizers say a record 180,000 participants from Israel and around the world are expected to take part in the Pride Parade on June 12, which would make it Asia’s largest gay parade.

But it is the pride festival’s theme — Tel Aviv Loves All Genders — that is already being hailed as revolutionary, as “the Mideast’s best gay city” has chosen to focus on the transgender community.

“We are pleased to see the vision we have cultivated this year — pride events reflecting the diversity of the LGBT community, and bringing the transgender community to the forefront — become a reality. Tel Aviv celebrates all those who help make it, every day, the city that loves all genders,” said Yaniv Weizman, the Tel Aviv City Council member responsible for the portfolio of the gay community.

The theme is also meant to raise awareness for the support of transgender rights and recognition of their contribution to the LGBT community.

“Today thousands of transgender live in Israel and face the same social issues and legal struggles as the rest of the LGBT community together with the victories and moments in the spotlight. The events of Pride 2015 will highlight the contribution transgenders have made to the gay community and the city of Tel Aviv and call for recognition of their needs and full equal rights for all genders everywhere,” according to a municipality statement.

“Together with this, the road which lies before the transgender community is paved with the most vulnerable issues facing the LGBT community and there is still a long way to go: Transgenders suffer from discrimination in the work market, housing and education, a high rate of physical and verbal abuse and from hurtful treatment and a lack of respect in everyday life.” 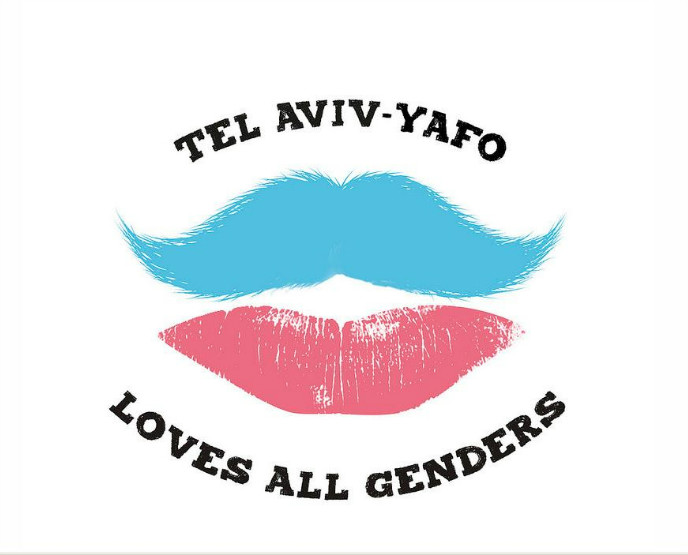 There is no official count of transgenders in Israel, but studies suggest they could number as much as three percent of the population.

The most famous Israeli transgender is Dana International, who won first place in the 1998 Eurovision Song Contest.

After hearing that this year’s events will focus on supporting the transgender community – the often overlooked “T” in the LGBT acronym — 2014 Eurovision winner, Austria’s Conchita Wurst, chose to come to Tel Aviv to perform in the parade.

“The Nonstop City is proud to host LGBT visitors from around the world for this year’s Tel Aviv Gay Pride Parade. In Tel Aviv, there is a place for everyone, regardless of gender, religion, lifestyle or sexual orientation. In Tel Aviv we celebrate our differences and we believe that the people are what make our city,” said Hila Oren, CEO of the municipal agency Tel Aviv Global.

This year’s Pride Anthem is a cover of Irish group D:Ream’s “Things Can Only Get Better” and was produced by the municipality with the Evita Dance Bar. It kind of makes sense that an Irish club hit should be revamped for a gay theme song in the wake of the country’s recent referendum approving same-sex marriages.

Organizers say Tel Aviv has become one of the world’s leading and most famous gay tourist destinations, “thanks to its tolerant atmosphere, warm weather (300 days of sun a year), famous culinary scene and world-leading nightlife scene.”

Last year, more than 30,000 tourists took part in pride activities, and 130,000 people turned up for the pride parade, the municipality reported. That number is expected to jump by some 50,000 this year.

And while the pride march is the flagship event of Pride Week, this party city is also offering an LGBT culture festival, film festival, conferences, ongoing chill-out beach options and the city’s largest-ever Gay Party on June 13. That event will host 7,000 party-goers at the local Bloomfield stadium, with Israeli and international DJ Offer Nissim at the decks.