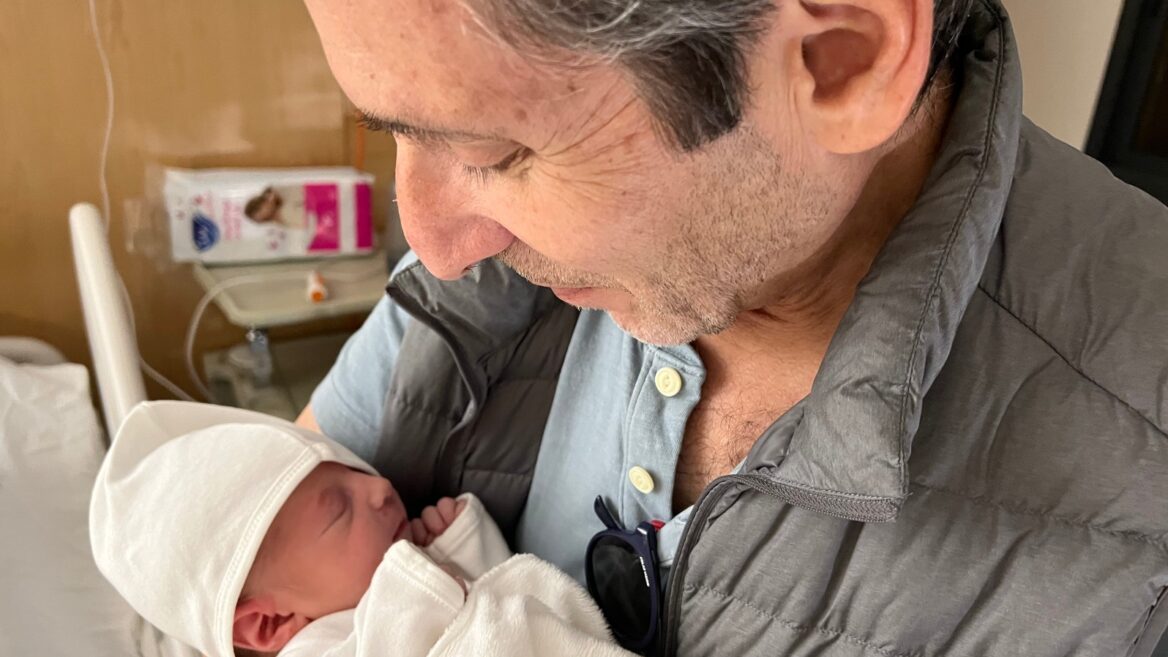 My daughter, Merav, gave birth to a bouncing baby boy in the heart of Palestine. Or at least that’s what the sign at St. Joseph Hospital in the Sheikh Jarrah neighborhood of eastern Jerusalem says.

St. Joseph has in recent years become the “in” spot for Jewish Israelis in the Jerusalem area wishing to give birth in a less invasive, quieter environment than you’ll find in the city’s two main medical centers, Hadassah and Shaare Zedek.

About 15% of births at St. Joseph are to Jewish women. The rooms have crucifixes or a depiction of Jesus, but the staff will discreetly take those down if it makes the birthing couple uncomfortable.

Merav was interested in a water birth, which St. Joseph encourages if there are enough midwives available. She didn’t want to be tied down with monitors and cables, leading to another St. Joseph benefit: wireless fetal monitoring, enabling mothers to labor freely in varying positions.

Beyond the birth itself, the experience was eye-opening on so many levels – both for Merav and her husband, Gabe, and for us freshly minted grandparents. 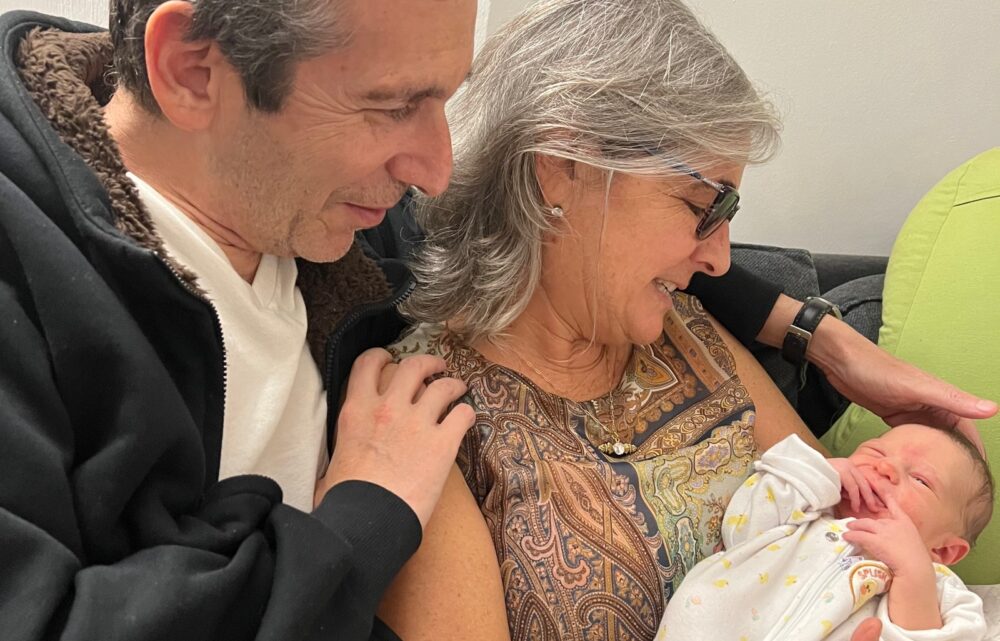 St. Joseph is a place of coexistence not seen – or even imagined – by most critics outside of Israel. Jews, Christians and Muslims, from Israel and the West Bank, are all mixed together, and no one cares one iota about politics (or if they do, they keep it out of the delivery room).

That’s true at every Israeli hospital, by the way. It doesn’t matter whether you’re a Jew or an Arab; you get the same level of care from a multiracial staff. 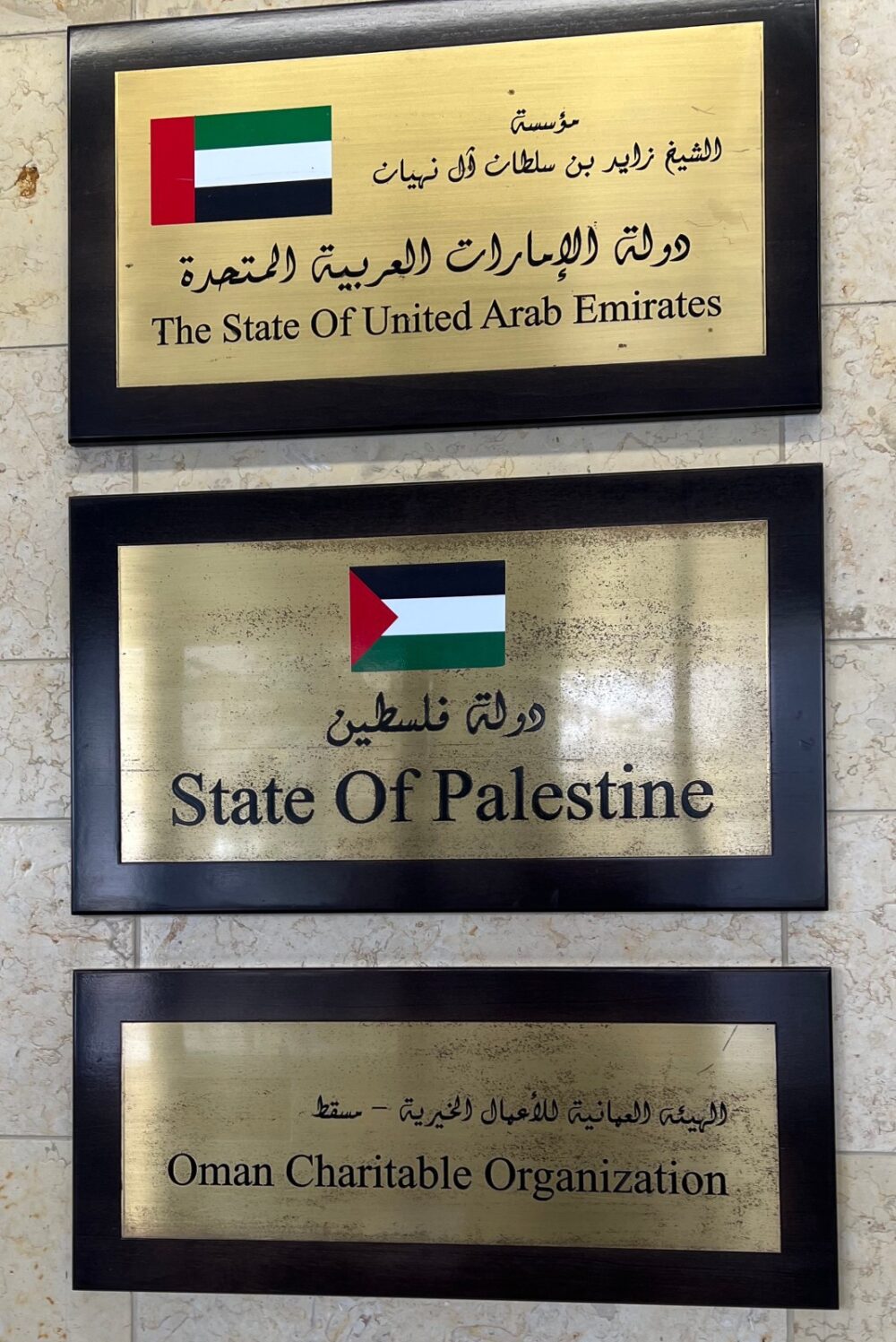 Signs at the entrance to St. Joseph Hospital in Jerusalem. Photo by Brian Blum

It’s just more surprising when the first thing you notice upon entering St. Joseph’s modern and professional campus is that “State of Palestine” plaque.

The employees don’t speak much (if any) Hebrew, which creates a strange situation: Our family moved to Israel to be in a Hebrew-speaking state and here was our grandson being born in what felt at times like a foreign country.

But that was secondary to the kind and patient care Merav and Gabe received throughout their stay.

Sheikh Jarrah has been in the news lately – it’s where a group of Jerusalem Palestinians has been fighting eviction by the Israeli organization that owns the building they live in. Protests have turned violent at times and were used as a pretext by Hamas to launch missiles at Israel, prompting this past summer’s operation in Gaza.

We didn’t see any protesters or even the building in controversy, just happy mothers and their newborns.

The Roman Catholic Sisters of St. Joseph established its hospital – then known as the St. Louis French Hospital – in western Jerusalem in 1896 just outside the New Gate of the Old City. But after the war in 1948, the facility found itself on the Israeli side of the border, unreachable by the city’s Arab residents. The Sisters built a new St. Joseph Hospital in eastern Jerusalem in 1956.

In 2015, the Sisters decided to add maternity services. Sister Valentina Sala, today the head midwife at St. Joseph, was sent from Italy to establish the new ward.

St. Joseph is still owned by the Roman Catholic order, but only five sisters, including Sala, live and work in the hospital; the rest are local nurses and doctors, mainly from East Jerusalem. 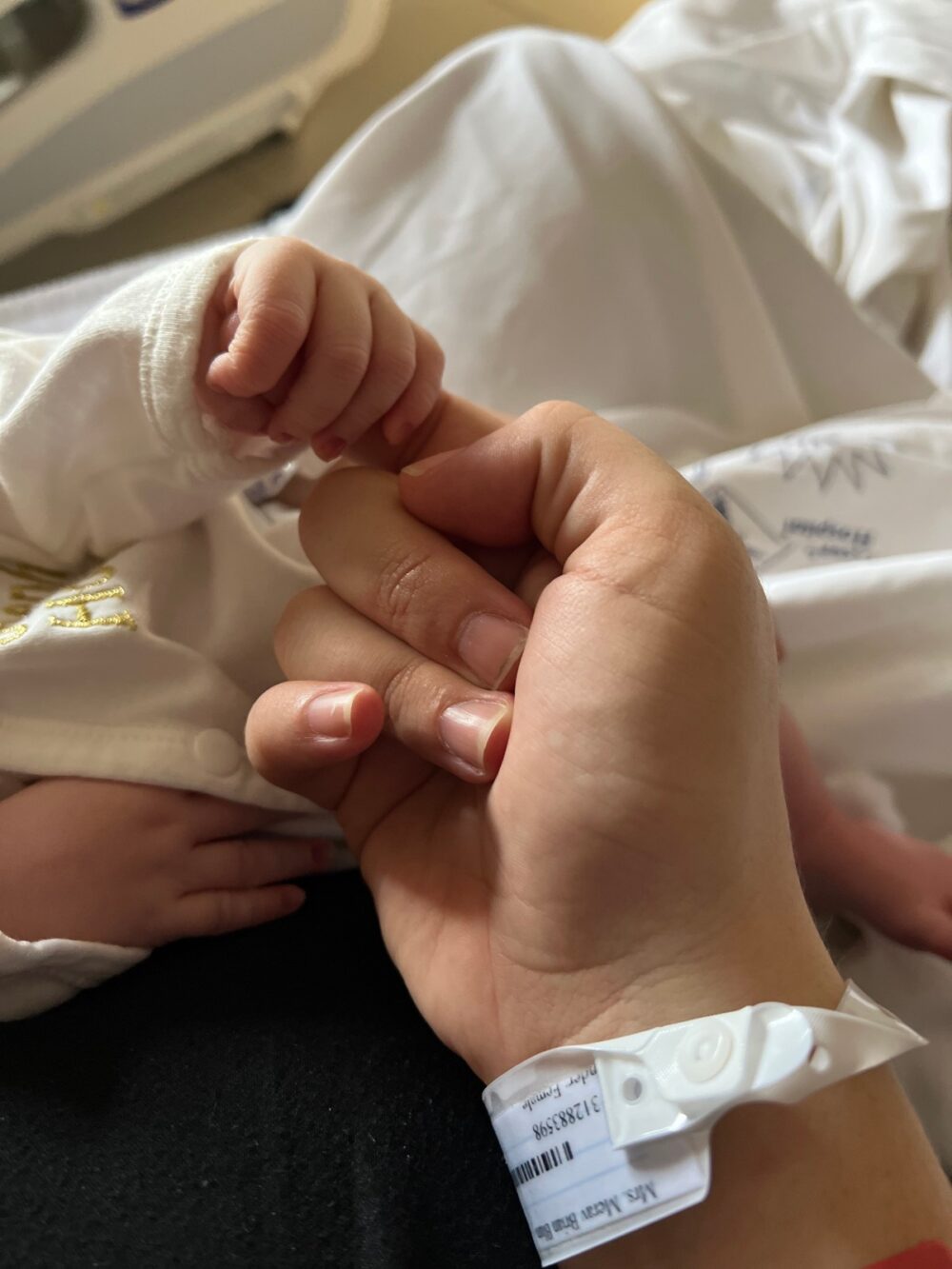 The hospital has five delivery rooms with en-suite bathrooms and showers, and an in-house beauty salon offers complementary nail treatments.

“My dream was to open a hospital that respects the natural process of labor,” Sala said in an interview with Tablet magazine.

At St. Joseph, women are not rushed to deliver – the hospital only delivers about 200 babies a month, in contrast to the 2,000 delivered each month at Shaare Zedek. Women are permitted to relax in the delivery room for up to three hours with their new babies.

“You can give quality when you are not running after quantity,” Sala said.

St. Joseph has a low rate of Caesarean sections – just under 10% – which makes it popular among women who have had a previous C-section and are hoping for a vaginal birth. St. Joseph does provide epidurals if warranted but does not push them on patients.

St. Joseph is under the supervision of Israel’s Ministry of Health, so the country’s HMO system fully picks up the tab (except for the option of a private room, for which Merav and Gabe paid 700 shekels – about $222 — for an extra 24 hours of rest following the birth). 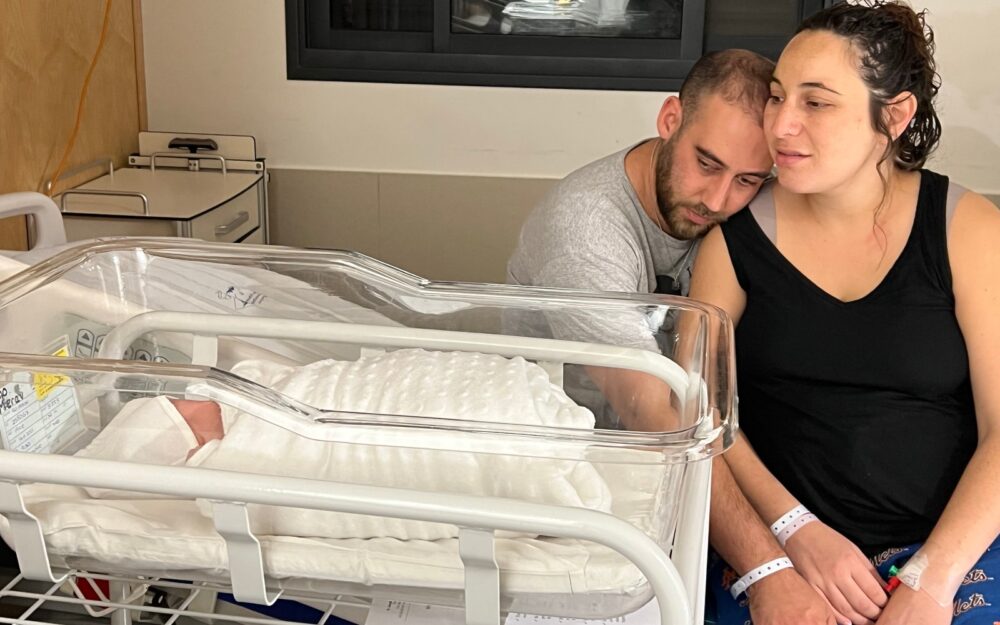 The hospital does not have kosher food available. Patients can receive vouchers for both mother and her partner to order from one of five restaurants on the west side of the city. Merav and Gabe chose burgers from Tommy’s and hummus from Pinati.

The only downside to the St. Joseph experience is that mask wearing in the midst of the Covid-19 crisis was infrequent at best, in contrast with Jewish hospitals, which are scrupulous on compliance.

But perhaps it was the timing as the pandemic appeared, pre-Omicron, to be waning when Merav gave birth. Earlier this year, St. Joseph was lauded for converting 40 of its 100 beds to corona care in rooms that are larger, offer more privacy and let in healing natural light.

After Merav and Gabe’s baby was born, the nurses and midwives wished them mabrook – “congratulations” in Arabic. To which the new parents responded, shukran – “thank you.”

I’ll say the same – shukran that a place such as St. Joseph exists, and mabrook to the happy young couple, to Ilai Ze’ev (that’s the baby’s name), and to his doting and already deliriously-in-love grandparents.

UNCOVER ISRAEL - Get the ISRAEL21c
Weekly Edition free by email
Sign Up Now!
Bring Israel's story to life.
Millions of people around the world rely on us to gain a deeper understanding of Israel. We are the trusted source for original content you won't find anywhere else.
You can make a difference. Donate today to support journalism that brings Israel’s story alive.
SUPPORT ISRAEL21c
Read more on:   Tales from the heart, Coexistence, Culture, Jerusalem, babies