Everybody knows that the pomegranate is a superfood. One of the seven native fruits of Israel, pomegranates are packed with health-promoting and healing antioxidants and vitamins.

This is just the latest study showing benefits of this over-the-counter supplement. It is not a cure — nerve cell damage is irreversible – but GranaGard seems to prevent or slow neurodegeneration and even reduce symptoms caused by neurodegenerative diseases or aging.

Several years ago, Gabizon had great results using an Israeli face cream from Lavido containing pomegranate seed oil. She learned that the active ingredient in the oil is punicic acid, a powerful antioxidant. 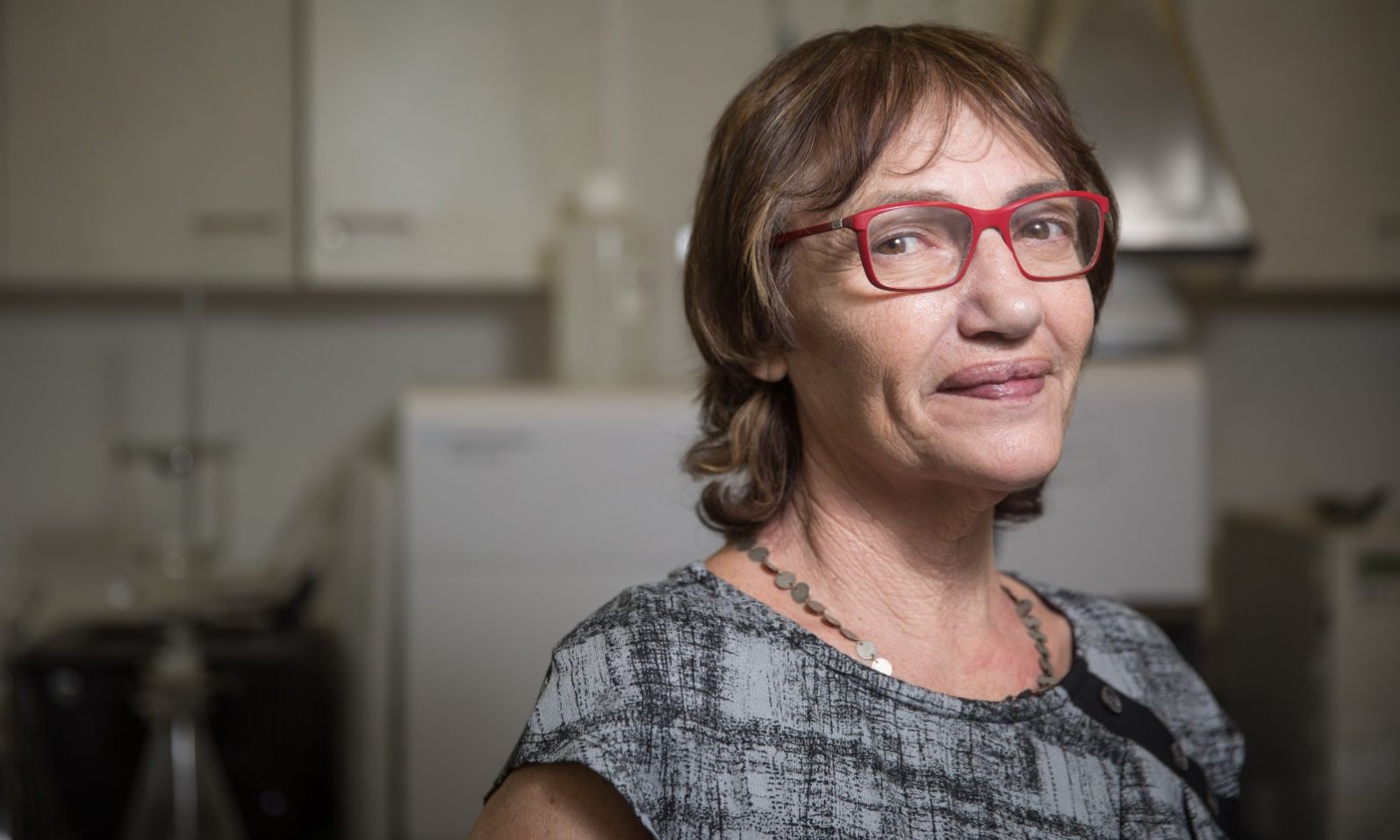 She wondered how this unique polyunsaturated fatty acid (also known as Omega 5) might help her engineered lab mice, which are predisposed to developing the fatal neurodegenerative disorder Creutzfeldt-Jakob disease.

“I came into my lab one morning and said to my students, ‘We’re going to give this to our transgenic mice,’” Gabizon told ISRAEL21c in an interview in 2018.

Normally, oils don’t get past the liver. To make the pomegranate seed oil bioavailable to the brain, Gabizon turned to nanotechnology expert Shlomo Magdassi of Hebrew University’s Casali Center for Applied Chemistry. Magdassi met that challenge by breaking the oil down into nanodrops that travel easily through the bloodstream. 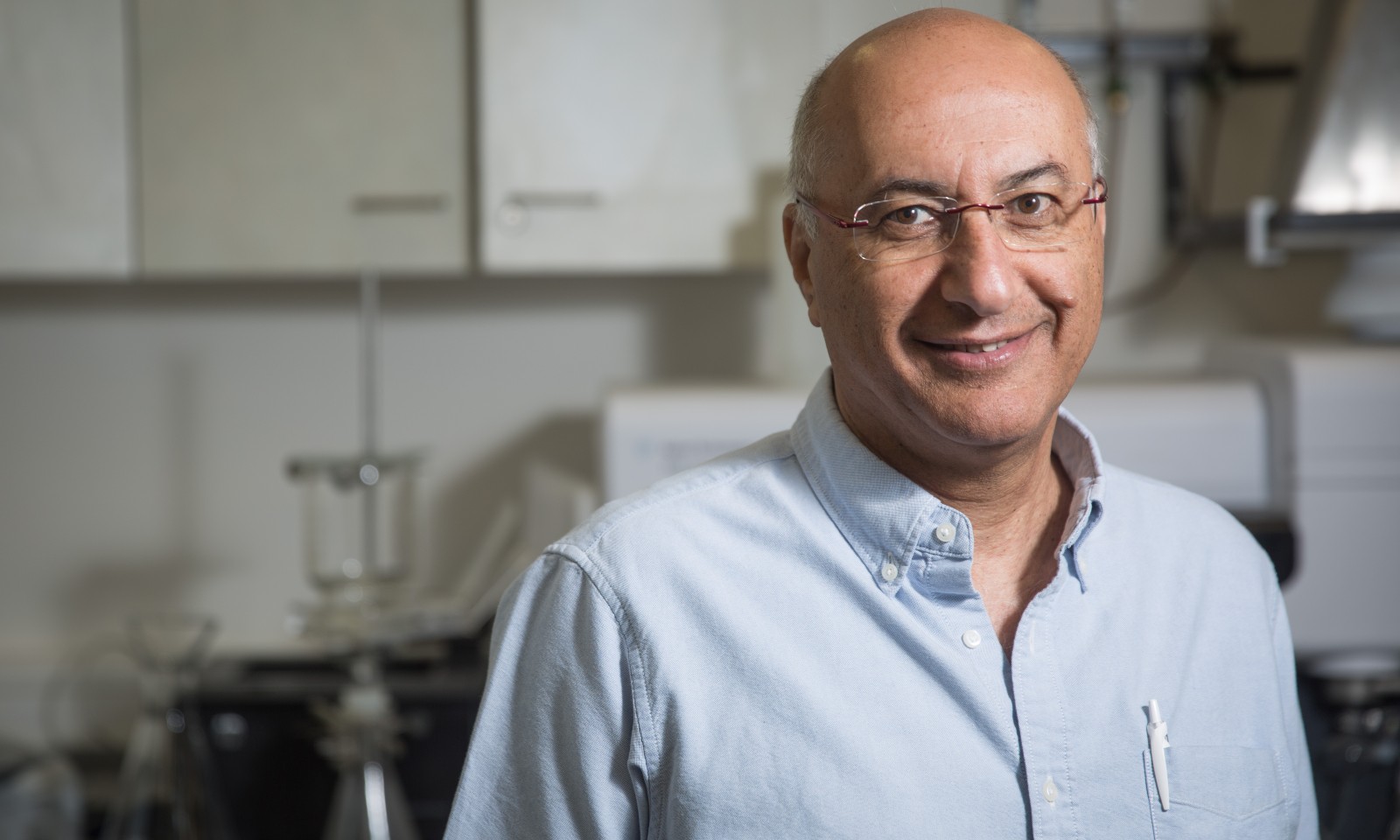 The formula’s preventive effects in Gabizon’s mice so impressed Magdassi and Gabizon that they’ve both taken it for the past four years as a general wellbeing tonic.

In late 2016, the two scientists cofounded Granalix Biotechnologies to market the formulation as a food supplement.

Made with punicic acid-rich pomegranate seed oil from Israeli sources, GranaGard is manufactured by Israel’s SupHerb as a soft gelcap. The product is sold worldwide through the Granalix website, through distributors in South America and Europe, and in select Israeli pharmacies.

Gabizon’s lab has researched and published studies on the mechanism of GranaGard.

A paper in Nature explains that the liver converts punicic acid from pomegranate seed oil into conjugated linoleic acid (CLA), a strong antioxidant known to inhibit an enzyme associated with the onset of neurodegenerative diseases such as Alzheimer’s.

“In the brains of people with neurodegenerative diseases, the mitochondria – the energy center of the cell – is stressed,” Gabizon explains. “The antioxidant restores mitochondrial activity to a normal level.” 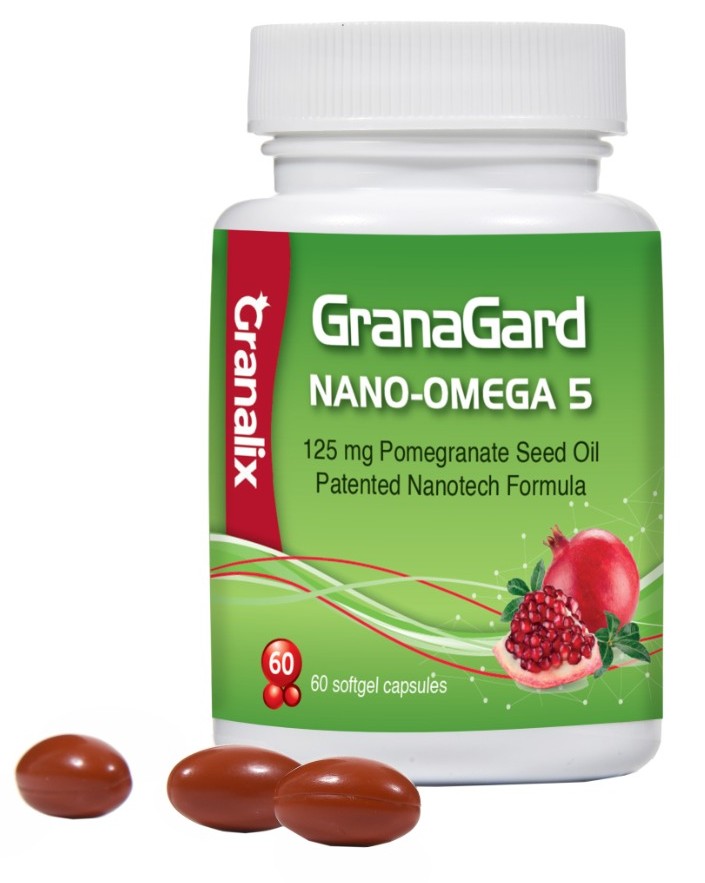 Furthermore, GranaGard significantly lowered amyloid-beta protein in the brains of mice engineered to develop Alzheimer’s disease, preventing the formation of harmful plaques associated with the disease.

Human trials in Alzheimer patients are planned. “We are starting a 12-month study on minimal cognitive impairment at the Memory Clinic at Rambam Health Care Campus in Haifa,” says Gabizon.

A test of GranaGard on a model of mice predisposed to multiple sclerosis is what led to the Karussis study this year.

“He suggested to test it on cognition in MS patients,” Gabizon tells ISRAEL21c.

“In the last few years, there is a great improvement in managing the physical symptoms of MS with new drugs, but the decline in cognition that affects about half of MS patients is not touched by any of these new drugs and that’s surprising.”

The Karussis study gave 15 patients a placebo and 15 patients GranaGard for three months. The groups were switched for the following three months. Memory and cognition were tested at zero, three and six months.

“It turns out those who got GranaGard from the beginning showed improvement in memory, not just in stopping the decline,” says Gabizon.

“In addition to cognitive improvement, they all had more energy because of the effect on the mitochondria,” she adds. “This trial represents a scientific breakthrough in treating cognitive impairment resulting from brain cell destruction using natural antioxidants.”

A further study will be done on MS patients with early memory impairment, says Gabizon.

Dr. Panayiota Petrou, a neurologist who works with Karussis, says they also want to see whether GranaGard can give additional benefits to MS and ALS patients receiving an experimental stem cell treatment.

Based on her successful original experiment with a mouse model of Creutzfeldt-Jakob disease, Gabizon has been studying GranaGard’s effects in people.

“A large group of family members of genetic Creutzfeldt-Jakob disease patients have been taking GranaGard as a preventive treatment for four years. Until now, none of them – including a lot at the ages at risk — have presented signs of disease. This is encouraging but we need more time to establish statistical significance,” Gabizon says.

Another study will look at GranaGard’s potential as a natural alternative to the diabetes drug metformin, which many people are using to lessen impacts of aging and neurological aging.

“Metformin has side effects because it’s not a natural product,” says Gabizon.“We will do a study comparing metformin to GranaGard.”

She adds that the coronavirus pandemic makes this possible use of GranaGard especially relevant because of the devastating effects of lockdown on elders.

“So many people are at home, and the confinement and social deprivation can cause cognitive decline. We need to keep our brains alive,” she says.

UNCOVER ISRAEL - Get the ISRAEL21c
Weekly Edition free by email
Sign Up Now!
Bring Israel's story to life.
Millions of people around the world rely on us to gain a deeper understanding of Israel. We are the trusted source for original content you won't find anywhere else.
You can make a difference. Donate today to support journalism that brings Israel’s story alive.
SUPPORT ISRAEL21c
Read more on:   Health, pomegranates, GranaGard, Alzheimer’s, multiple sclerosis