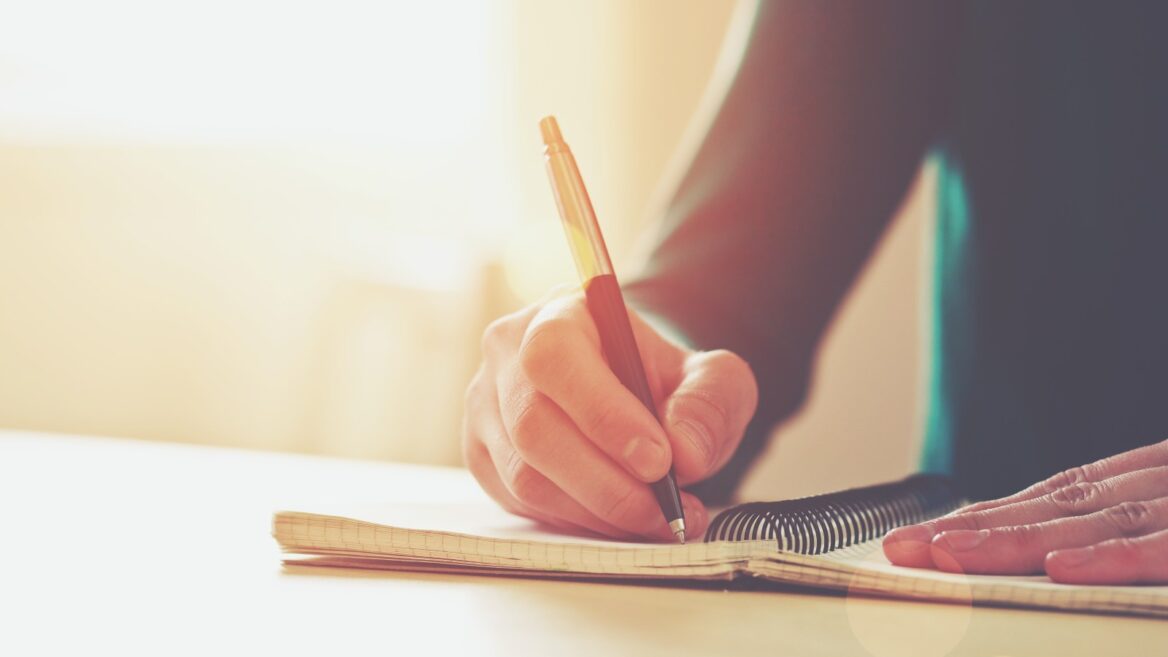 Your proposed beloved’s handwriting can tell a lot about their character, traits and state of mind. Photo by Ivan Kruk via Shutterstock.com

Imagine that you’re a young, ultra-Orthodox Jewish person on a quest to meet your beloved. Spontaneous or prolonged dating is out of the question. You only get to meet your proposed spouse (selected by your family and the matchmaker) a couple of times before deciding.

So how do you know whether that person is right for you?

This is where graphology, or handwriting analysis, comes into play. It can help you get a better understanding of your guy or gal’s character, traits and state of mind, all expertly deciphered by veteran graphologist Shaul Halali, a secular resident of Tel Aviv.

“There are no two identical handwritings in the world, and each handwriting is telling of a person,” explains Halali. “Handwriting changes according to a person’s character.” 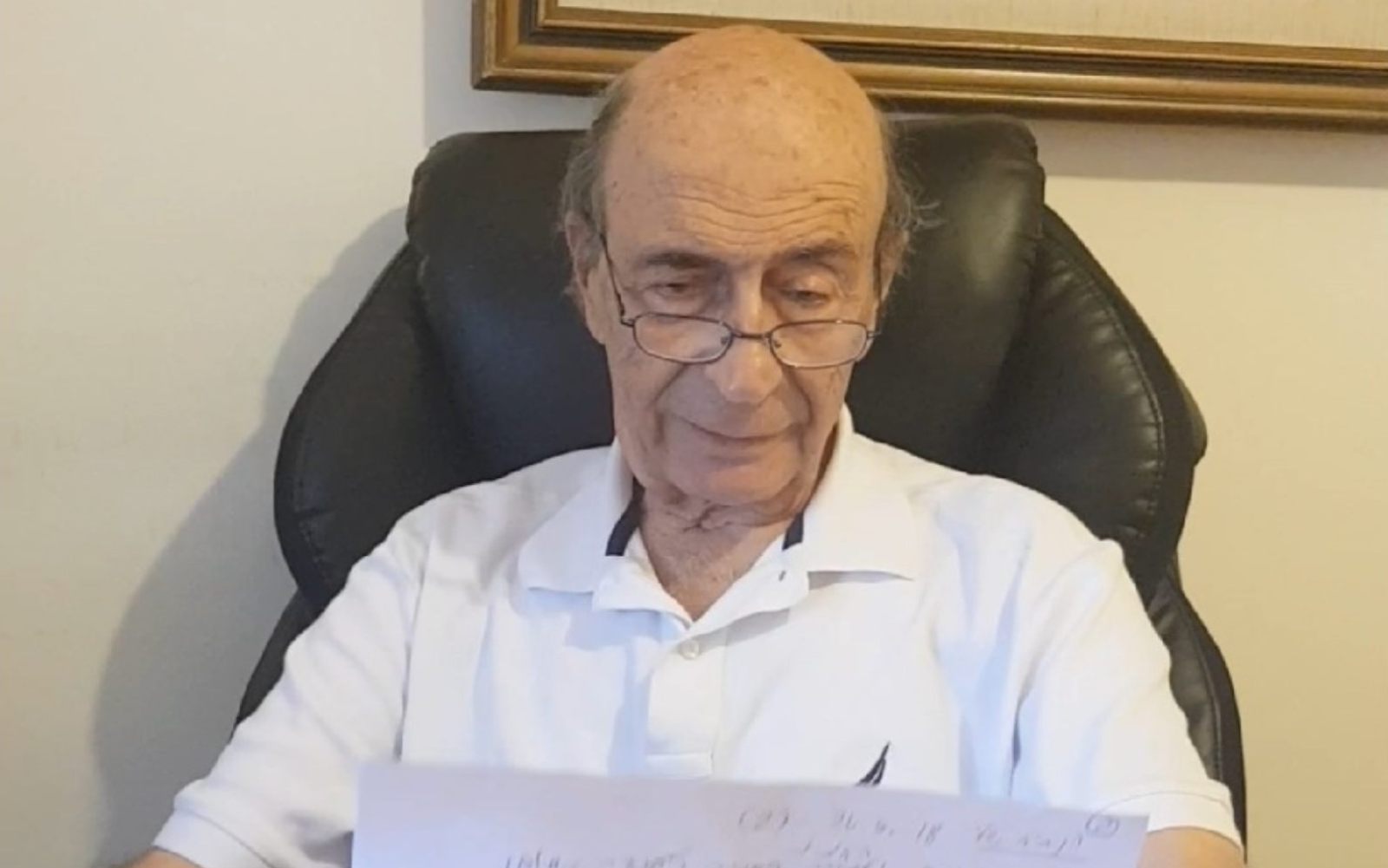 Halali sure knows what he’s talking about. Now over 80, he’s been doing graphology for the past 40 years, deciphering handwriting for the police, courts and security forces.

He was drawn to field, he says, because of his love of people.

“I really like people and people are of interest to me – their body language, their eyes, their soul,” he says.

For the past couple of decades, he’s been analyzing handwriting for the worldwide religious and ultra-Orthodox communities, which have embraced graphology for matchmaking.

“Since I’m not a matchmaker and I deal with relationships, I’ve learned what goes with what,” he explains. “If, for example, I discover from a young man’s handwriting that he’s very introverted, very withdrawn, then I say that’s a trait of his.”

This information could be of great importance for a future wife. “If she is emotionally open and curious, then she’ll have a hard time coping with someone who’s introverted and restrained.”

To analyze a person according to their handwriting, Halali requires at least a few paragraphs written in free form and a signature, and ideally more than one sample.

“You need a number of things that the writer wrote from different time periods. Handwriting can change – the person may be tired, or in a particular mood. Things can be temporary, so I examine more than one piece of writing by the same person.”

“I’m always being asked what this type of Lamed or this sort of Aleph mean,” he says, referring to Hebrew letters. “But that won’t be precise graphology. I need to examine 25 to 27 symbols.”

“It’s not just one letter,” he explains. “It’s many, many graphic symbols. Almost 30 graphic symbols that have to do with editing, shape, implementation, breaks, deletion, upper height, lower height. All these symbols attest to the writer’s personality structure.”

Halali’s expertise made him sought after on matters of matchmaking, especially in ultra-Orthodox communities where singles have few face-to-face encounters before marriage. 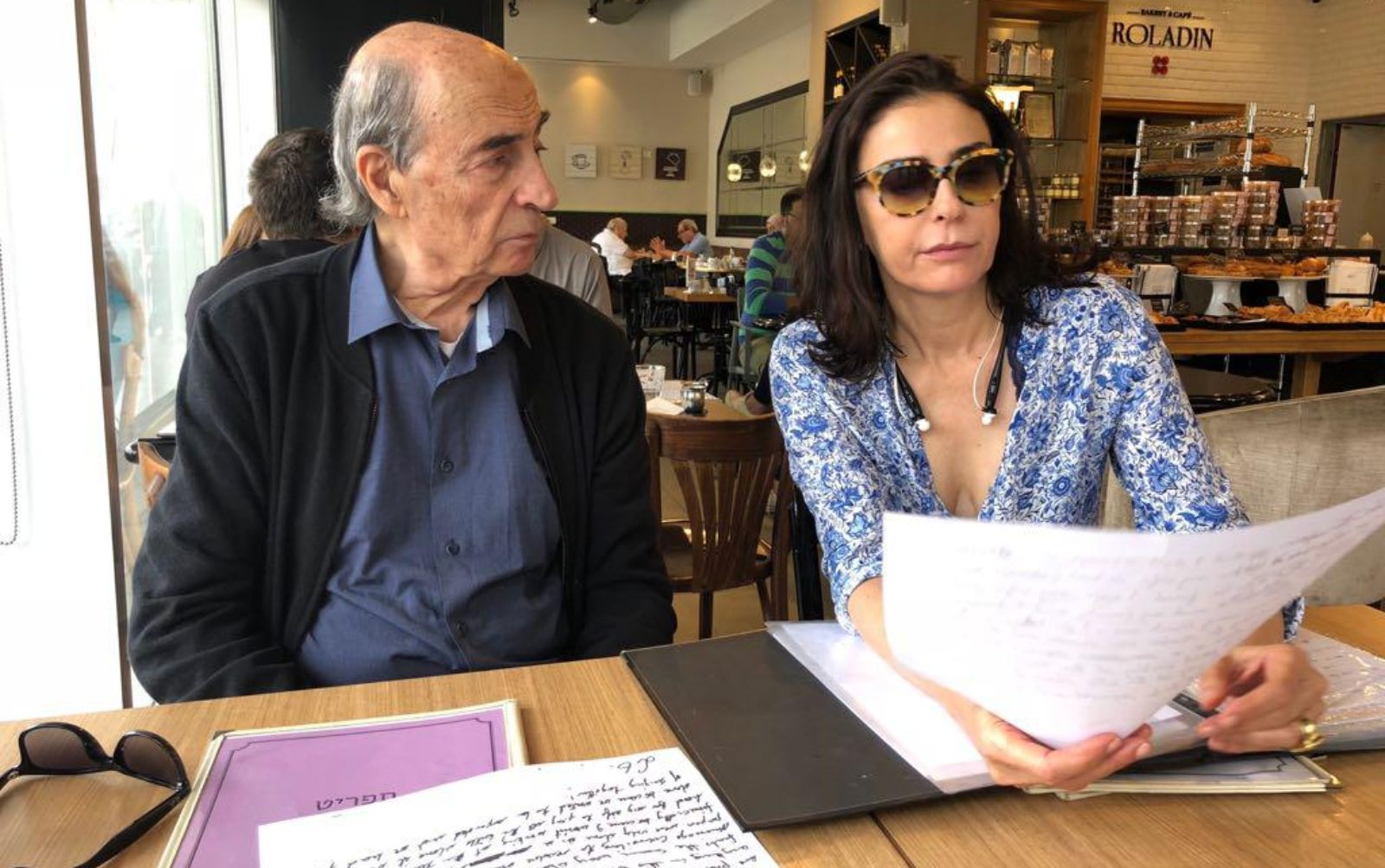 Shaul Halali and his daughter, Michal Edelsburg, at work together. Photo: courtesy

Halali is so busy that it can take months to get an appointment with him. He and his daughter MichalEdelsburg, who works with him, recently launched a website where prospective couples can upload handwriting samples.

While Halali specializes in Hebrew, he also analyzes Latin letters, and as such he also works with ultra-Orthodox communities in the United States, United Kingdom and Belgium.

“Nowadays, especially right now when it’s very difficult to meet because of Covid-19, graphology is really experiencing a boom since there’s no way for couples to verify each other’s personality other than by turning to a graphologist,” Edelsburg says.

“Now, in times when it’s less possible to meet and meetings are virtual, it can prevent extreme cases of extreme unsuitability,” she adds. “It’s about preventing heartache.”

Graphology, Halali notes, remains relevant in a world where people write by hand far less than they used to.

“It turns out that even people who haven’t written anything for the past 10 or 20 years and have only written on a computer,if they write a few lines –half a page or a page – they go back to their natural handwriting. There’s a writing center in the brain that doesn’t change,” he says.

Although Halali refers to handwriting as “an X-ray of the brain,” he admits that graphology usually doesn’t reveal 100 percent of a person’s character. He says that after 40-plus years in the business he reaches the level of “80 percent or a little more.”