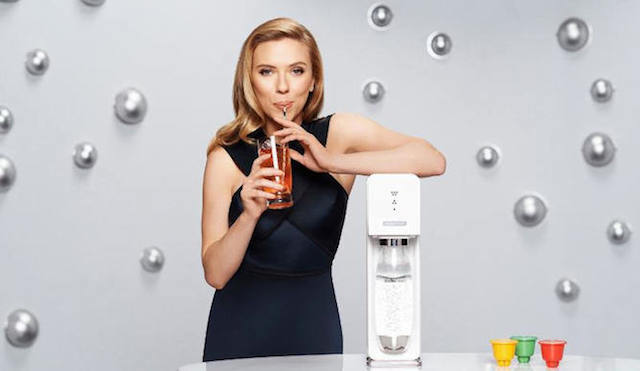 But was it intentional and a brilliant marketing move?

A 30-second advertising spot during Super Bowl XLVIII costs an average of $4 million. SodaStream happily forked over the cash, knowing its product would be seen by some 100 million people on game day.

They weren’t the only ones: Toyota, Jaguar, Audi, Dannon Oikos Greek Yogurt, Butterfinger, CarMax, M&M and Bud Light all paid FOX-TV, which is broadcasting the game, the high price tag.

Last year, SodaStream’s original ad showed exploding Coke and Pepsi bottles. It was rejected by broadcaster, CBS, for its jibe at two of the game’s main sponsors. Here’s what happened next: The uncensored commercial was posted on YouTube and scored over five million hits on the SodaStream channel alone. The edited version brought in about four million unique hits to the drink-maker’s YouTube site – not counting the media blitz surrounding the controversy and millions of views on game day.

This year’s commercial starring a sexy Scarlett Johansson also includes a taunt of Coke and Pepsi – but, in my opinion, is scripted in such a way that eliminating the offensive line is easy.

The 2014 spot shows Johansson wearing a bathrobe and making grapefruit soda. “If only I could make this message go viral,” she says to the camera before disrobing, revealing a tight black dress, and sipping her soda in sexy slow motion.

Right before the end she says: “Sorry, Coke and Pepsi” –referring to her affection for SodaStream.

FOX didn’t mind the suggestive straw play in her mouth but was offended by the outright Coke and Pepsi jab.

(Going on a tangent for a second – editors will agree that the true sacrilegious words are said early in the spot. ScarJo says: “Less sugar, less bottles.” Any grammarian knows she should have said, “fewer bottles.”)

SodaStream was reportedly astounded by the new ban.

”What are they afraid of?” SodaStream CEO Daniel Birnbaum told USA Today. “Which advertiser in America doesn’t mention a competitor? This is the kind of stuff that happens in China. I’m disappointed as an American.”

Birnbaum also told the US paper that SodaStream would drop the “blasphemous” line from the spot in order for the commercial to air.

Meanwhile, SodaStream’s brand ambassador made headlines of her own when she publicly announced her departure from Oxfam due to a “fundamental difference of opinion” she had with the humanitarian group over the fizzy drink maker.

SodaStream has a factory in Ma’aleh Adumim — a city targeted by the BDS movement. A statement from Johansson’s spokesman read that the Hollywood actress and “Oxfam have a fundamental difference of opinion in regards to the boycott, divestment and sanctions movement. She is very proud of her accomplishments and fundraising efforts during her tenure with Oxfam,”according to the Associated Press.

Johannson, 29, noted that the SodaStream factory employs both Palestinian and Israeli workers on equal pay and says it acts as “a bridge to peace” between the communities. Oxfam insisted the factory “denied Palestinian rights” because it’s in a contentious city. So, The Telegraph sent a reporter to find out who is right. The UK paper found that workers believe “We need 1,000 SodaStreams around here.”

SodaStream may have changed the ad for the Super Bowl but the company nonetheless uploaded the uncensored version to its YouTube channel on January 27, 2014. In the first 48 hours, the ad fielded more than four million views.

And though Birnbaum told USA Today that SodaStream did not plan to get banned, the social media world is rife with questions about whether it was indeed a marketing ploy.

You be the judge: