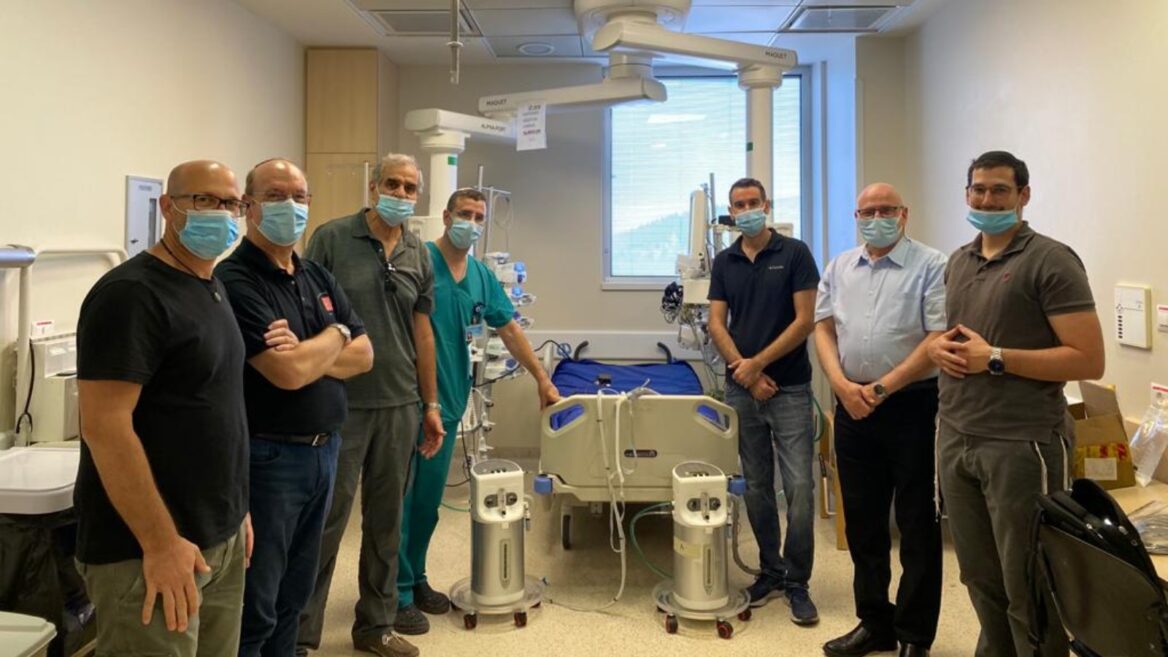 However, the slow-oxygen nasal inhalation therapy devices that do the job best are in short supply because they cost about $15,000 (excluding consumables).

“They understand thermodynamics, gases and physics, and they have the necessary R&D infrastructure,” Friedman told Nachshon.

That’s what led to Stream02, an inexpensive alternative recently tested successfully at Hadassah’s Ein Kerem campus in Jerusalem. The inventors hope it will soon be approved for all Covid patients. 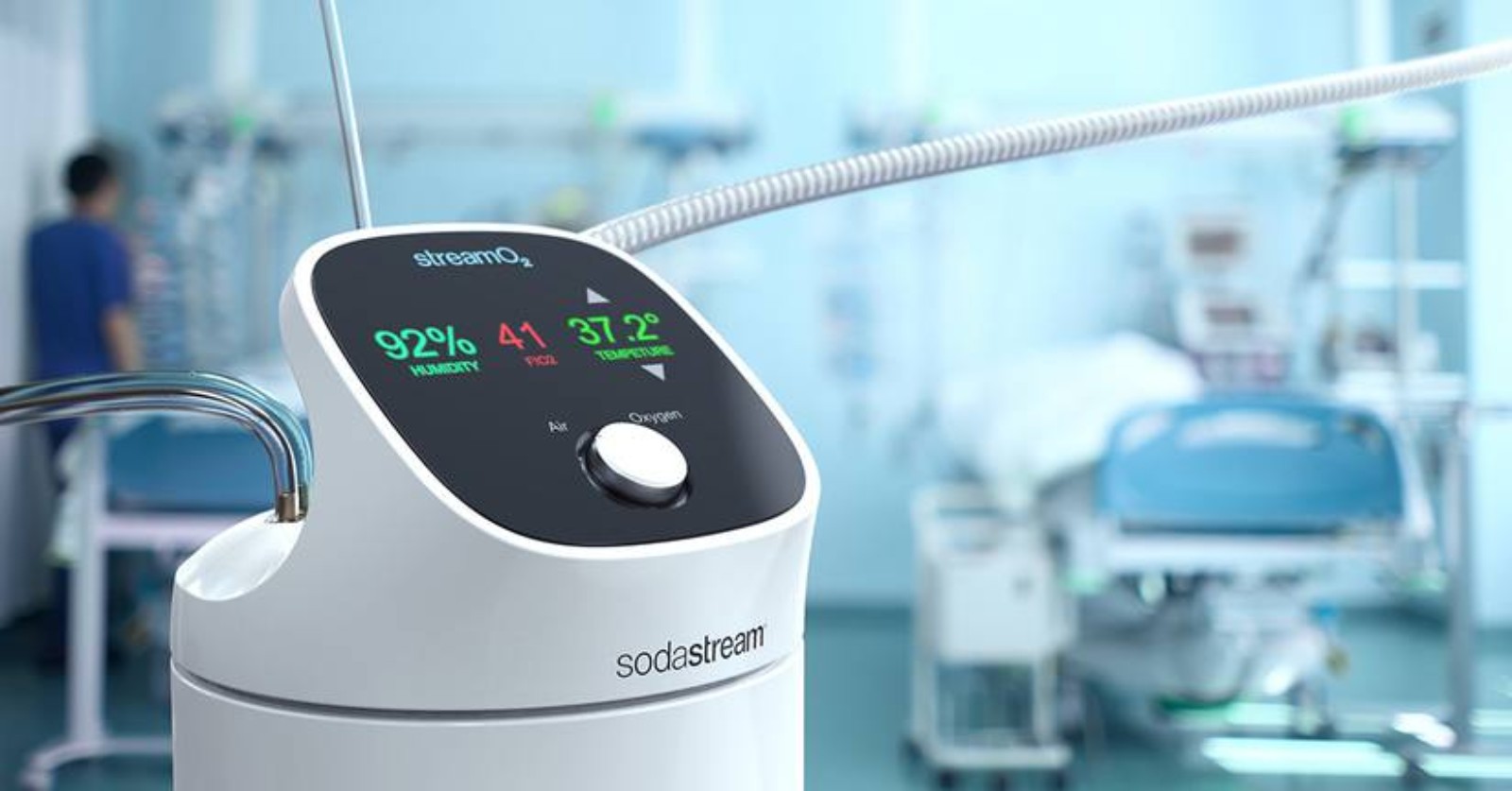 Nachshon explained that oxygen makes up 21 percent of the air we breathe. “Stream02 can give up to 100%. You can get 100% oxygen through regular nasal prongs, but the flow is extremely high and Covid-19 patients can’t tolerate it.”

The challenge was to make an affordable device that matches the efficiency of the expensive slow-oxygen system.

“The thermodynamics are complicated, but the concept is pretty simple,” he says.

Nachshon didn’t have any contacts at SodaStream, which was acquired by PepsiCo two years ago for $3.2 billion.

He called the main number, explained his idea, and within an hour got a call from Avi Cohen, SodaStream’s head of research and development.

After listening to Nachshon’s proposal, Cohen invited the physician to his nearby Jerusalem home to flesh out details that very day.

“He said, ‘Bring whatever you think will help me understand what you want.’ We were all in lockdown at the time, but I sat with him on his porch and placed everything on the table,” recalls Nachshon. “Avi had already made a sketch. After our meeting, he spoke with SodaStream’s CEO, Eyal Shohat, and got the okay to work on it immediately.”

Nachshon went to SodaStream’s Kfar Saba headquarters a few times “and their team came to our lab at Hadassah to better understand the needs.”

The doctor feared that the invention would get stuck in governmental red tape. But the Ministry of Health quickly approved a safety and feasibility study once the prototype machines were ready in July. 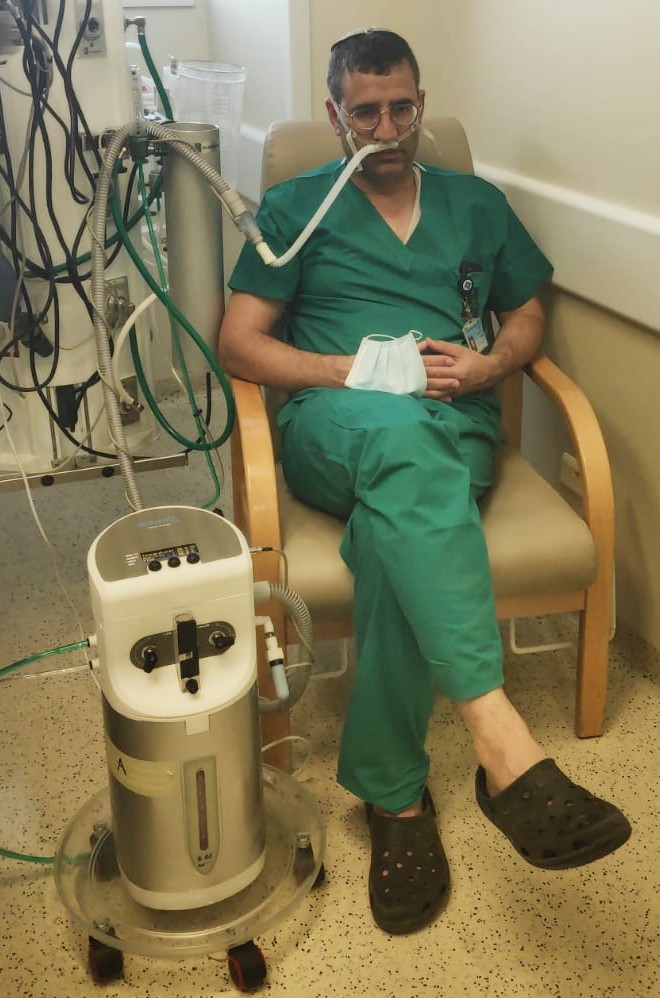 The study was delayed a bit only because Nachshon became very busy in Hadassah’s two Covid ICU units during the second wave of the outbreak. The StreamO2 prototype was tested not on Covid patients but on 22 postsurgical patients who could be strictly monitored.

“People tolerated it very well, although some said it was too much for them,” Nachshon tells ISRAEL21c. “I’m sending my report to the Ministry of Health to get approval to use it as a device for Covid patients at Hadassah.”

If all continues going well, Nachshon looks forward to getting approval for StreamO2 to be produced and distributed to other hospitals treating mild to moderate coronavirus cases.

“The nasal breathing therapy machine developed by the joint team of doctors from Hadassah and SodaStream engineers can be a perfect lifesaving solution,” said Cohen. “The advantage is the ability to replicate it in bulk for patients suffering from respiratory distress in Israel and around the world.”

Nachshon says StreamO2 works exactly the same as the $15,000 nasal inhalation therapy device, and “we have plans in the future to make it smarter than the present system.”