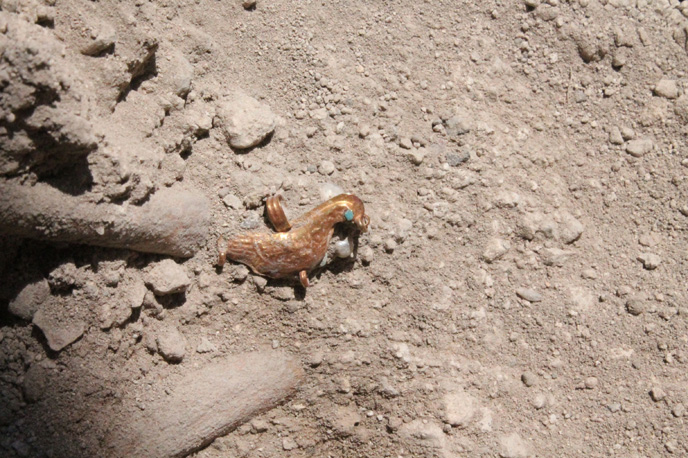 Archaeologists digging at Hippos-Sussita have found the skeleton of a woman with a dove-shaped pendant and say this new evidence proves there was a great earthquake in 363 CE at the city site. The skeleton was discovered under the tiles of a collapsed roof.

University of Haifa archaeologists also found a large muscular marble leg and artillery ammunition from some 2,000 years ago. 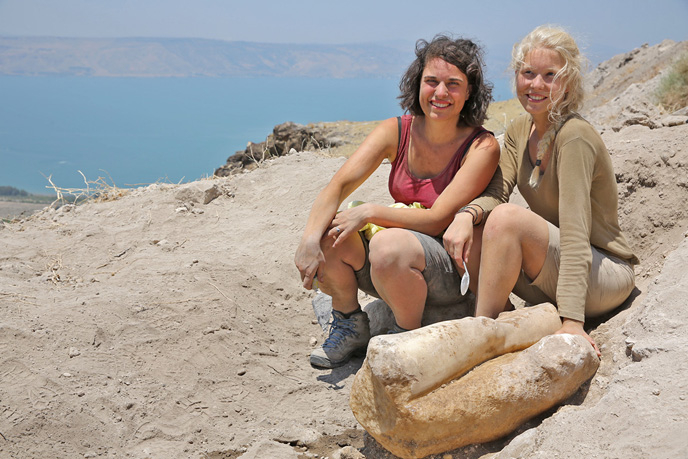 Roman marble sculpture of a muscular right leg of a man found in Hippos-Sussita. (Dr. Michael Eisenberg/University of Haifa)

“It is too early to determine who the man depicted in the sculpture was. It could be the sculpture of a god or an athlete; it was more than two meters tall. We hope to find more parts of the sculpture in the coming seasons to shed some light on his identity,” said Dr. Michael Eisenberg, head of the international excavation team.

The city of Hippos-Sussita, which was founded in the second century BCE, experienced two strong and well-documented earthquakes, says Eisenberg. The first was in the year 363 CE and it caused heavy damage but the city recovered. The great earthquake of 749 CE destroyed the city.

Evidence of the extensive damage caused by the earthquake of 363 was found during digs in earlier seasons. None, however, was “as violent, thrilling and eerie as the evidence discovered this year,” says Eisenberg. 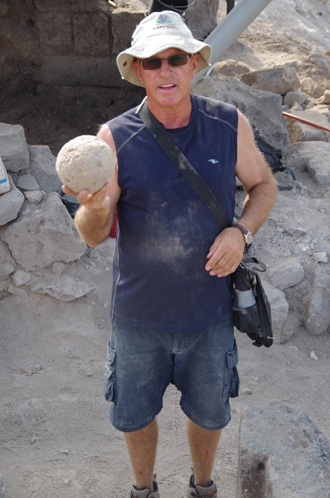 A ballista ball that fit a massive catapult. (Dr. Michael Eisenberg/University of Haifa)

To the north of the basilica, the largest building in town that served as the commercial, economic and judicial center of the city, the dig’s senior area supervisor Haim Shkolnik and his team unearthed the remains of several skeletons that had been crushed by the weight of the collapsed roof. Among the bones of one of the women lay the gold dove-shaped pendant.

According to Dr. Eisenberg, the evidence found so far shows that the earthquake was so powerful it completely destroyed the city, which took some 20 years to be rebuilt.

Archaeologists also found a projectile machine that propelled/launched ballista stones. The catapult was some eight meters long according to the size of the chamber; as well as a number of ballista balls that fit the massive catapult.

“The data is finally beginning to form a clear historical-archaeological picture,” said Dr. Eisenberg, head of the excavation team.