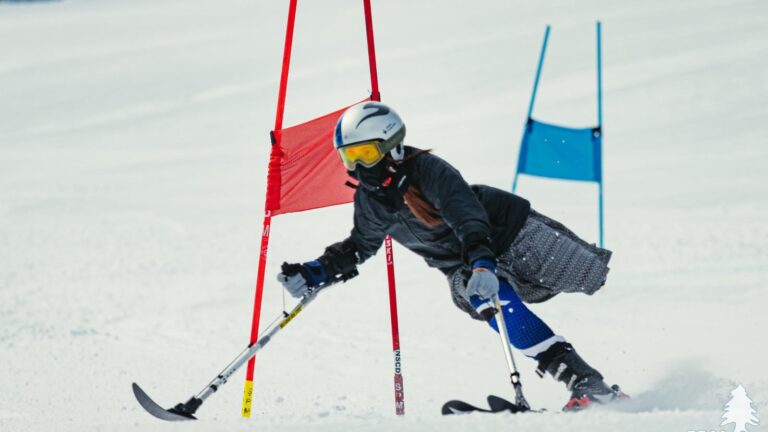 Sheina Vaspi, 20, the first athlete ever to represent Israel in the Paralympic Winter Games, finished the giant slalom in 15th place out of 22 skiers on March 11 in Beijing.

That was her only opportunity to represent her country because the other event for which she’d qualified was moved to Saturday from Sunday due to weather considerations, and Vaspi does not compete on the Sabbath.

Sheina Vaspi going down on the slopes at Lillehammer 2021

#ParaAlpine skier Sheina Vaspi (20) will be the first Para athlete from Israel to ever compete at the #WinterParalympics. "I want to give more people the motivation to stand up and dare to do what they want and give children the strength to believe in themselves."More about: bit.ly/3BZjImY | #Beijing2022

Raised in a Lubavitch Hasidic family in northern Israel, she was seriously injured in a car accident and her left leg was amputated at age three.

About four years ago, Vaspi began skiing through the Erez Foundation, a nonprofit organization established in 1999 by veterans of the Israel Defense Forces’ Alpine Unit to help disabled soldiers and children with special needs push the limits and get out on the slopes using adaptive equipment. Sheina Vaspi at the Beijing Paralympics. Photo courtesy of the Erez Association

The exuberant redhead wears a skirt over her ski pants in keeping with modest religious dress codes. The Israeli Paralympic Committee fought hard for her right to do so at the event.

“If more women or religious people want to do sports and be religious, I want to show it’s possible to do that,” Vaspi said.

Eli Birnbaum, chairman of the Israel Paralympic Committee, praised Vaspi’s talent, determination and courage. “You have become a role model and inspiration for many,” he said.

Her coach, Scott Olson, previously told ISRAEL21c that “Sheina is a female in a sport that doesn’t get a lot of females. She’s got a drive that really isn’t matched by a lot of people, male or female. Every time she fails, she comes back better and stronger.”

In a video she posted on Facebook after the event, Vaspi said she looks forward, “with the help of God, to competing again for Israel in 2026.”

UNCOVER ISRAEL - Get the ISRAEL21c
Weekly Edition free by email
Sign Up Now!
Bring Israel's story to life.
Millions of people around the world rely on us to gain a deeper understanding of Israel. We are the trusted source for original content you won't find anywhere else.
You can make a difference. Donate today to support journalism that brings Israel’s story alive.
SUPPORT ISRAEL21c
Read more on:   News, Culture, Paralympics, skiing, israeli athletes