Marilyn and Jerry Kopelman had been to Israel several times before signing up for a tour called “Israel, Art and the Jewish People” sponsored by Denver’s Mizel Museum of Jewish Art, Culture & History.

“We thought an art tour would be uniquely different,” Marilyn Kopelman tells ISRAEL21c during an interview at Tel Aviv’s Cinema boutique hotel, one of the October tour’s stopovers. “If anything, it more than fulfilled our plan for a very different way of looking at Israel.“

The itinerary was devised by the museum’s Israeli art consultant in New York, Ayelet Aldouby, with the staff of Keshet, the Center for Educational Tourism in Israel.

Among other places, Keshet guide Steve Zerobnick took the group of 15 to the Holon Design Museum; Nalaga’at arts center for the deaf, blind and mute; the Umm el-Fahem Art Gallery of Palestinian Art; the Ein Hod artists village; ceramics, printmaking and glass-blowing workshops; and the Nemala Haifa studio of sculptor, painter, carpenter and cook Shahar Sivan.

They interacted with the Gaga Dance Workshop in Tel Aviv, participated in a movement workshop with the Adama dance troupe in Mitzpeh Ramon; watched cutting-edge video art at the Center for Contemporary Art; and met with Israeli author Eshkol Nevo and Cameri Theater Director Noam Semel.

They toured the newly launched art department at Tel Aviv’s internationally acclaimed Shenkar College of Engineering, Design & Art, and met with world-famous dancer-cum-photographer Mikhail Baryshnikov, in Tel Aviv for the opening of his “Dance This Way“ exhibit at the Suzanne Dellal Center.

“We really did the work of putting together a holistic itinerary that was incredibly ambitious,“ says Zerobnick. “I thought perhaps it was even too ambitious for eight days. But nobody would have given up any part of it.“

For Kopelman, meeting sculptress Sigalit Landau at the Negev Museum of Art was not only a highlight of the trip but also “probably one of the highlights of my life experience.“ 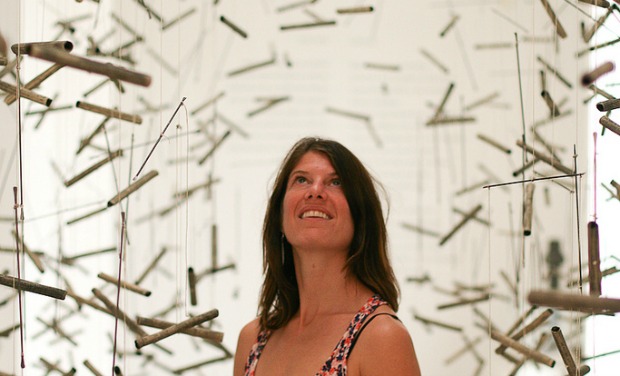 “She touched the depth of despair that I have never exprienced with an artist before in terms of a woman’s exprience, the Jewish experience from generation to generation and the Holocaust experience,“ says Kopelman. “Her work expressed emotion in a way that I had not identified before. Standing in her exhibit, the tears just flowed.“

Georgina Kolber, curator at the Mizel Museum, says her goal for the tour was to “uncover layers of history through art and to highlight the contemporary art scene in Israel.“

On the occasion of Israel’s 60th anniversary she had co-curated an exhibit with Aldouby, who is a consultant to New York City on how to integrate Israeli art into public spaces.

“My vision was to have them experience the past 100 years of Israeli art — not merely observe it, but understand it and penetrate it through the different types of arts that exist here, without lecturing them,“ says Aldouby.

“Through their encounters with vibrant artists – established and not — they really get each artist’s psyche and influences. More than anything, I wanted to create a discussion. They have been asking questions and figuring out what the artists are trying to say and why.“ 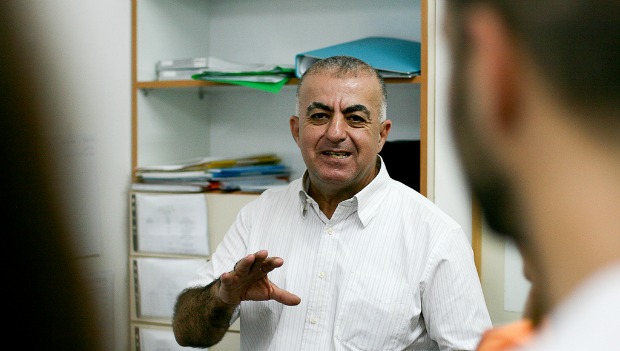 Buying artworks was not on the agenda, though several participants expressed interest in purchasing certain artists’ creations.

“We paid all the artists a fee so that shopping would be off the table,“ says Aldouby. “We didn’t want that kind of pressure. It brings a different orientation when you come with shopping in mind and when you come to understand the process.“

Participant Scott Lyon, a Denver-area artist who is not Jewish, initially felt that Israel “was a strange place to go visit. But the art flavor sounded really interesting — not like digging up pottery shards in the desert.“

Lyon relates that he was surprised by the intensity he encountered. “This place is so jam-packed with life — a big cauldron of fussing, doing, talking and laughing. I had no idea how vibrant it would be. One of the most fun evenings was in Haifa where he met a group of young artists and musicians working and living together. The leader [Sivan] had created the classic artistic bohemain studio atmosphere, and they were having the time of their lives.“

San Francisco-based photographer Alyssa Kapnik got a scholarship to photograph and blog about the trip. She especially enjoyed Umm El-Fahem.

“It was really moving to see the incredibly powerful photography of elders in the [Palestinian Arab] community and to know the owner is not getting monetary support from Arabs because he considers himself an Israeli Palestinian. The gallery is funded by Jewish individuals and foundations around the world.“

It was Kapnik’s first time in Israel since her late teens, when she had lived in a religious Jerusalem neighborhood for a few months and left with a sour taste in her mouth.

“This trip has caused a huge change in my perception of Israel,“ she tells ISRAEL21c. “It has illuminated other parts of Israeli society for me. Being here has opened my eyes to the fact that it’s even more complex than I thought. There are more internal issues the artists are revealing that I could not have imagined without coming here.“