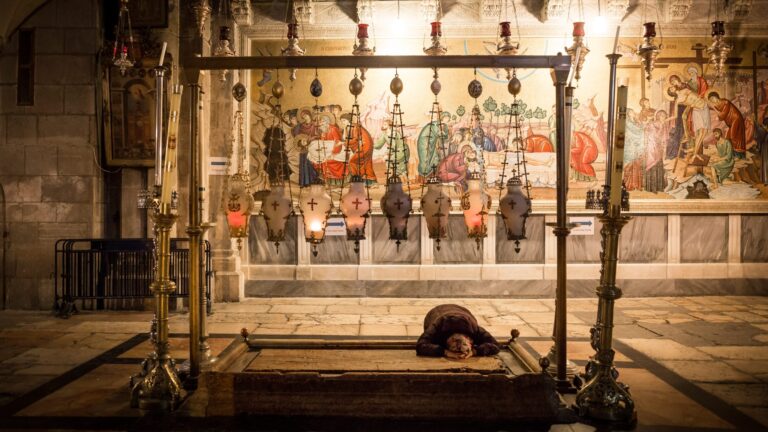 It took nine months and some $4 million for a Greek conservation team to restore the tomb in which Jesus’s body is believed to have been interred after his crucifixion. Today, the public could watch online an official unveiling ceremony at the Church of the Holy Sepulchre in Jerusalem’s Old City.

“If the intervention hadn’t happened now, there is a very great risk that there could have been a collapse,” Bonnie Burnham of the World Monuments Fund told Associated Press. “This is a complete transformation of the monument.”

The historic renovation of the shrine was completed by a team of Greek scientists and restorers from the National Technical University of Athens.

In October 2016, the scientists removed a marble slab, that they said hadn’t been moved since at least 1555 CE. This allowed the researchers to examine what they said was the original Holy bed with a cross carved into its surface.

“We didn’t dismantle the monument, we didn’t jeopardize its structural integrity. We just restored it,” Professor Antonia Moropoulou, who lead a team of 50 scientists from the National Technical University of Athens, told NBC News. “Now you can see the colors, the texture of the stone, you can see the letters of inscriptions, the frescos, the different styles of mural paintings. So here is a monument that was worshipped through the centuries and will be worshiped forever.”

Become a GEM member
Read more on:   News, crucifixion of Jesus, Church of the Holy Sepulchre