In the year 326, the Roman Emperor Constantine began construction of a church in Jerusalem on top the remains of his predecessor Hadrian’s temple dedicated to the pagan god Jupiter.

Constantine’s project became the Church of the Holy Sepulchre, traditionally identified as the place where Jesus was crucified and entombed.

During repairs and restorations at the church, archeologists from the University of Rome La Sapienza have now discovered the rock layers of the stone quarry used for its original construction. 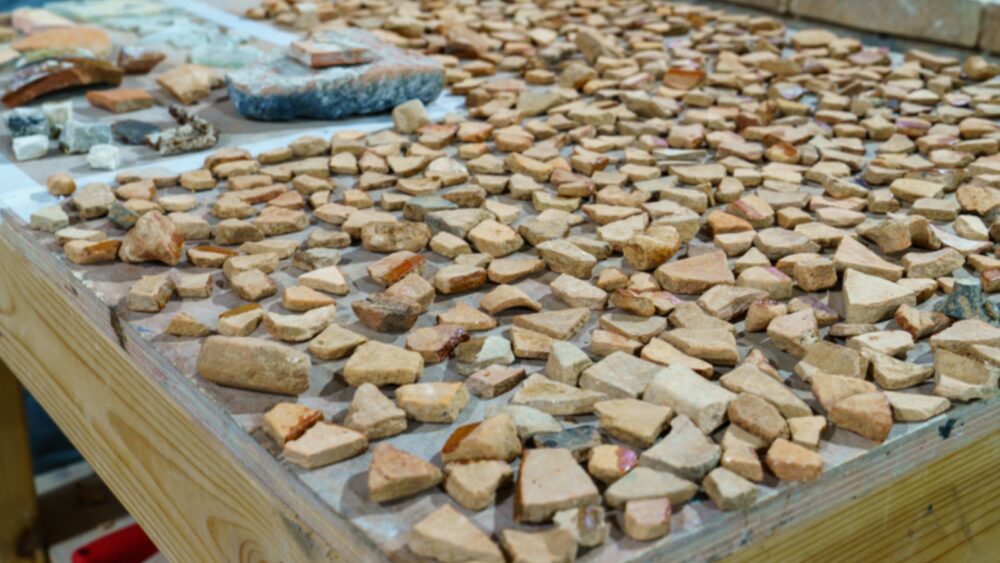 Quarried stones discovered at the fourth-century Church of the Holy Sepulchre. Photo © PGPO CTS/courtesy of Franciscan Custody of the Holy Land

These layers, according to site director Prof. Francesca Romana Stasolla, “have height differences caused by deep and uneven cuts, which also go down very deeply, as seen in other areas of the basilica.”

Stasolla explained: “The operations of the Constantinian construction site had as their primary requirement that of bridging such unevenness of elevation to create a unitary and homogeneous plan to build the structures of the church and its annexes. It was done with progressive fillings, using layers of soil rich in the ceramic material to drain water and level the deeper areas.” 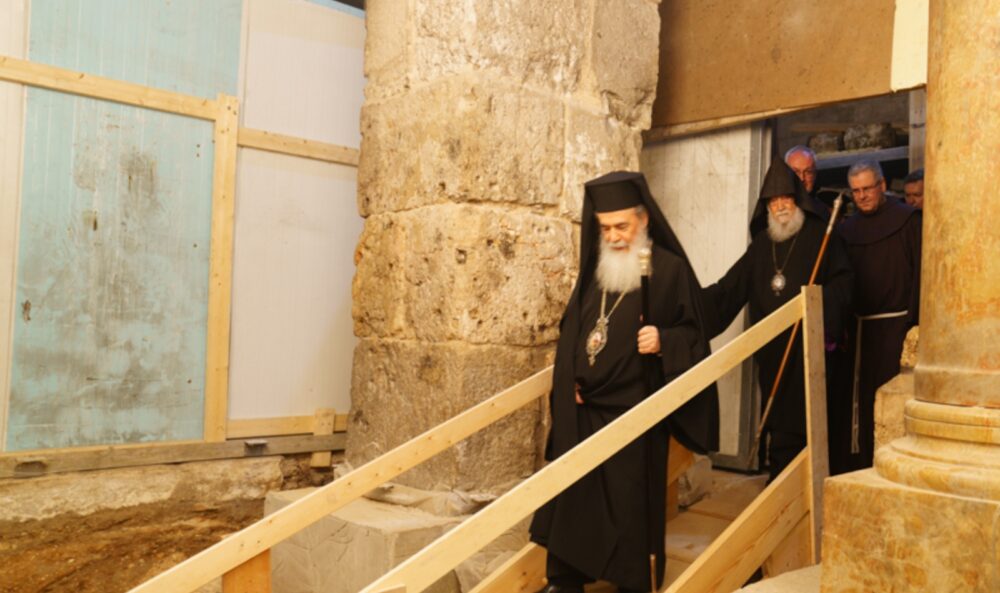 Clergy at the Church of the Holy Sepulchre going to see the excavations. Photo © PGPO CTS/courtesy of Franciscan Custody of the Holy Land

Another discovery in the basilica is evidence of the preparatory action for laying the original flooring. Among the many materials found were large stone slabs and mosaic paving tiles.

In the rotunda, the archeologists revealed more of a tunnel that had been partly exposed in previous searches, which is believed to be critical to the entire water outflow system of the edifice.

The archeologists have been excavating around the clock in the site since May, exploring the north nave of the church’s Arches of the Virgin Basilica and part of its northwestern rotunda.

“The work is carried out in a continuous cycle, day and night, and the processing of the materials produced is carried out in real-time between Jerusalem and Rome, where the rest of the team works,” said Stasolla.