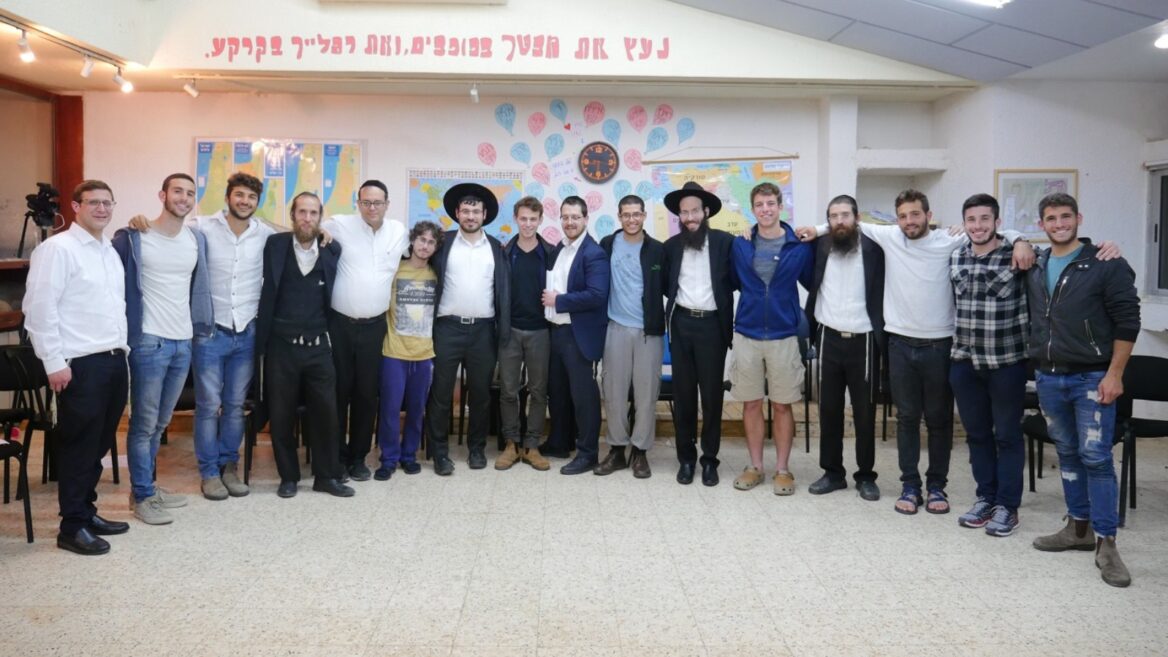 But few address the big divide between secular Jews and the 13% minority of ultra-Orthodox (haredi) Jews.

Hard feelings often arise from the fact that most haredi Israelis do not serve in the military or National Service, as most secular and centrist Orthodox Israelis do. The Covid epidemic only heightened the animosity, with each group pointing to examples of the other violating public-health guidelines.

But the underlying problem is that it is easier to hate or fear “the other” if you have never had a conversation with them and you only see that they dress and behave differently.

The Be a Mensch Foundation is working with the Ministry of Education to give secular high school and post-high school students a rare chance to get acquainted with ultra-Orthodox citizens.

The goal of these weekly encounters isn’t to change anybody’s religious views or practices, only to strengthen understanding and unity. 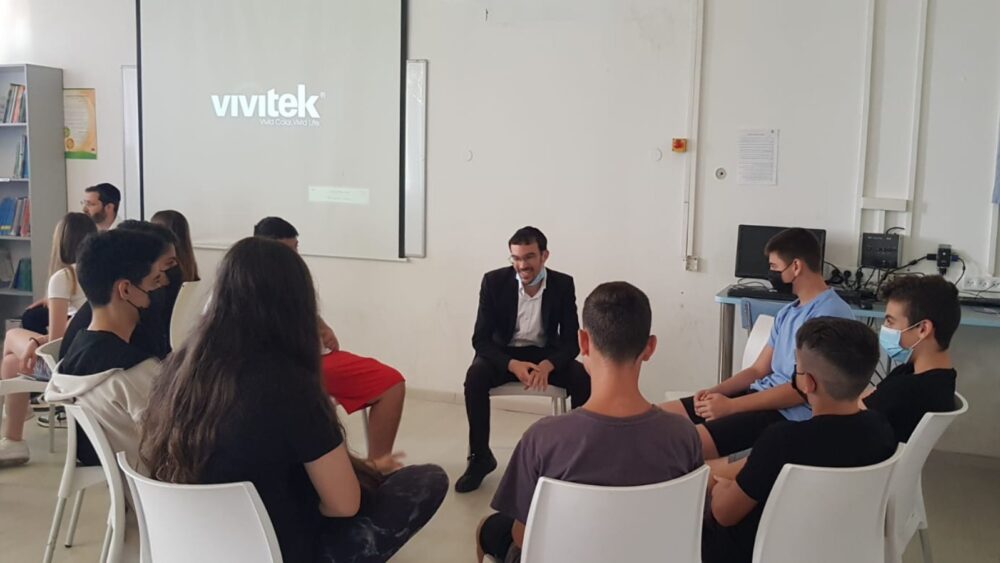 Volunteer Shlomo Goodman interacting with secular teens at a Hod Hasharon high school. Photo courtesy of Be a Mensch Foundation

“Unity is our country’s saving grace and is the battle cry of the moment,” says Dr. Moshe Kaplan, founder and CEO of Be a Mensch Foundation.

“Advancing unity is what we must do to make our nation internally stronger to face the internal and external challenges ahead.”

Mensch, Yiddish for “man,” popularly is used to describe a good, kind person. 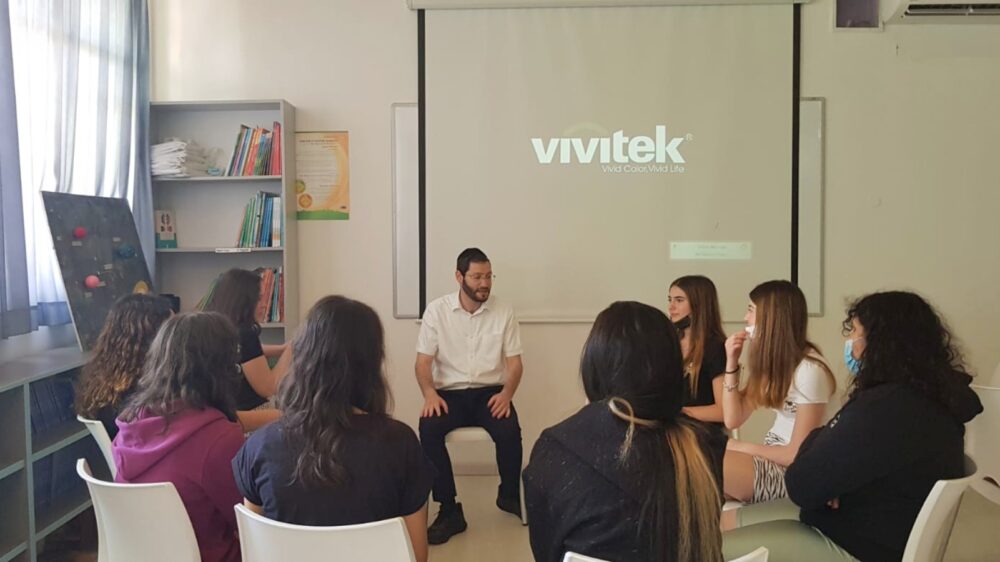 Volunteer Shlomo Goodman speaking with girls at a Hod Hasharon high school. Photo courtesy of Be a Mensch Foundation

“What we can all agree on is everyone should be a mensch regardless of politics and religion,” says Kaplan.

“We’re teaching tolerance, respect and consideration. We take a long-term approach and develop relationships to get rid of stereotypes. Participants see that we all swim together or sink together. Basically, we’re teaching love.”

Be A Mensch tapped haredi educational consultant and curriculum developer Yehuda Shine as its strategic adviser for the unity project more than three years ago.

“Yehuda was meeting with many secular groups for years, bringing a message of mutual love,” says Kaplan. “He trained haredi facilitators to run our sessions.” 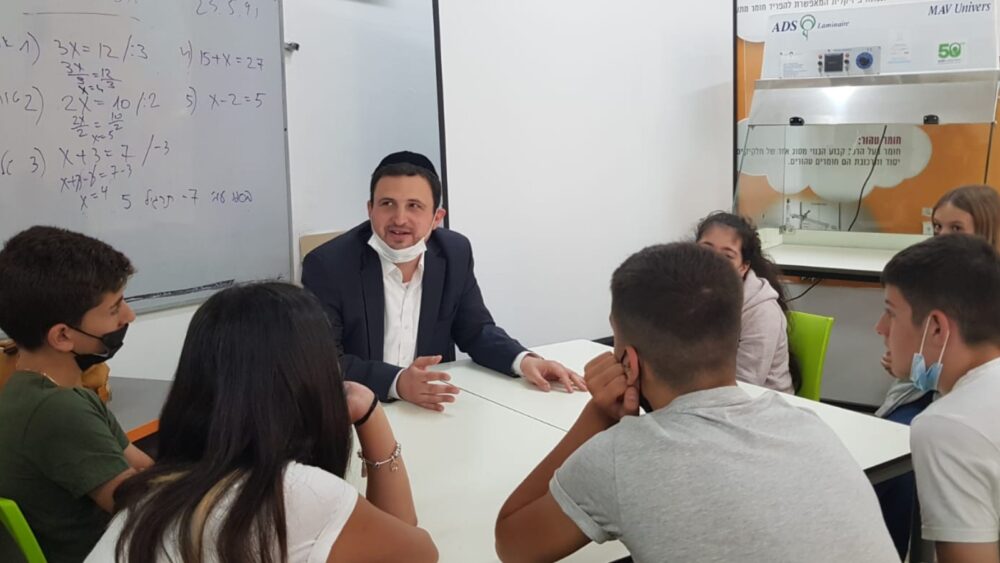 ‘Curiosity burning within us’

With approval from the Ministry of Education, Be a Mensch brings its encounter facilitators to elite secular high schools, pre-military academies and Hashomer Hatza’ir Scouting groups.

“To date, our activities have been limited to a few cities such as Beit
Shemesh, Jerusalem, Tel Aviv and Herzliya,” says Kaplan.

“We’re expanding all the time – we are in 26 schools now, mostly in the Greater Tel Aviv area. But there are a half-million teens in the demographic we intend to reach.” 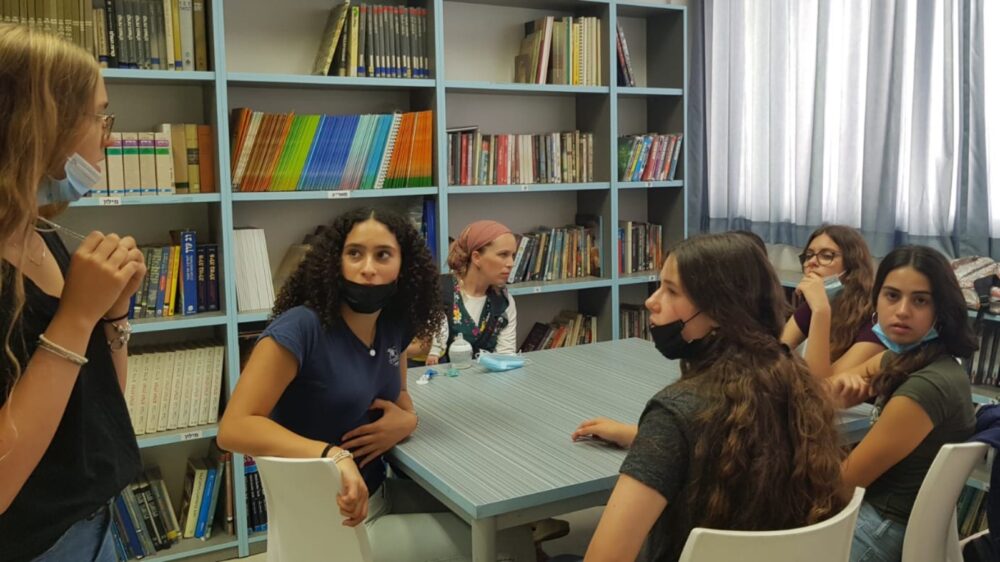 Volunteer Bracha Miller speaking with teenage girls in Hod Hasharon.Photo courtesy of Be a Mensch Foundation

Liat Netzer, head of research in the education department at aChord, tells ISRAEL21c that if the secular youth are primed to approach these encounters with a sense of curiosity and hopefulness, the meetings can be an important path to promoting tolerance.

“If you think your relationship cannot change, there is no hope. So you need to bring different kinds of haredim with different perspectives to show the secular that haredim are not as homogenous as they might expect; they are diverse and variable. It is important to create curiosity and let the kids ask questions to help them think more hopefully.”

Indeed, an evaluation statement from a Hashomer Hatza’ir Scout included a reference to curiosity.

“I remember when we first sat down to talk, how our eyes explored each other. We were dressed so very differently, but we both had curiosity burning within us,” the teenager wrote.

“The session was meaningful and interesting … amazing, intriguing and significant. I began to sympathize with some of the many things I disliked before the meetings and I really hope to continue to meet and create a way of learning and working together.”

UNCOVER ISRAEL - Get the ISRAEL21c
Weekly Edition free by email
Sign Up Now!
Bring Israel's story to life.
Millions of people around the world rely on us to gain a deeper understanding of Israel. We are the trusted source for original content you won't find anywhere else.
You can make a difference. Donate today to support journalism that brings Israel’s story alive.
SUPPORT ISRAEL21c
Read more on:   Social Action, Be a Mensch Foundation, Coexistence