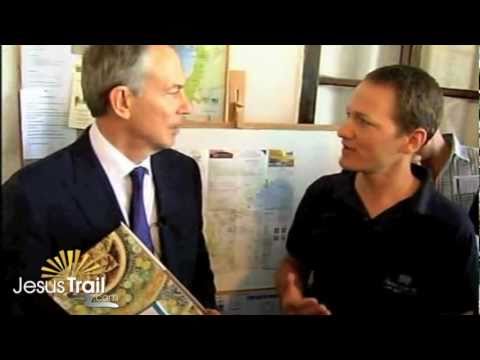 If you walk the streets of Nazareth, says Maoz Inon, “you’ll pass a church on your right and a mosque on your left, and the call of the muezzin blends with the sound of the church bells.”

The peaceful mix of Muslim and Christian residents in this Galilean cradle of Christianity is what makes it so appealing for Inon, a southern Israeli tourism entrepreneur who fell in love with the northern Arab city of 72,000. To lure more visitors, he established a trendy inn in an old Arab mansion as well as the Jesus Trail, a hiking route that starts in Nazareth, with the help of partners and the Ministry of Tourism. Even former British Prime Minister Tony Blair added Nazareth to his recent trip itinerary. 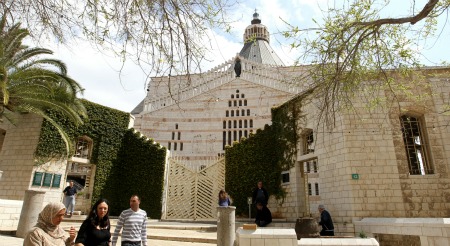 People walking near the Basilica of the Annunciation in Nazareth. Photo by Nati Shohat/Flash90

“Nazareth is real. It’s not a fake promenade built for tourists,” Inon tells ISRAEL21c. “The people you see in the shops and markets are real people who have been there for decades, sitting in the same place as their grandparents sat. They are proud and welcoming.”

The increasing tourist traffic has led to a new round of hotel construction in this 2,000-year-old city that boasts a wealth of Byzantine and Ottoman architecture.

“We have 20 hotels in Nazareth, including guest houses and a convent where many Christian pilgrims stay,” says Niveen Aburass of the Nazareth Cultural and Tourism Association (NCTA). “But all the hotels are overbooked, so people stay in [nearby] Tiberias or even Jerusalem or Tel Aviv when they visit here, and it’s a loss for us.”

Three new hotels are going up in the center of town and several existing hotels are building on additional rooms, with the assistance of $114.5 million in incentives from the Tourism Ministry. Other projects will begin soon, and a few have opened in recent years, such as the 120-room luxury Gardenia Hotel. 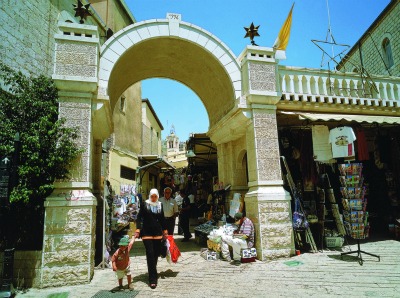 The Gardenia, situated in a natural pine grove and landscaped with meandering walkways and gardens overlooking the Jezreel Valley, Mount of the Precipice, Mount Tabor and Gilboa Heights, was the gathering point for a two-day Classic Car Festival in September. Nazareth’s first such event was highlighted by a parade down the main street with 120 participating drivers.

But Nazareth is better known for classic Christian sites than classic cars. Founded as a Jewish village, the city during Roman times was home to a carpenter named Joseph and his wife Mary.

The Nazareth city logo depicts Mary’s Well, where according to Christian tradition the young mother bathed her son Jesus and washed his clothes. This is a must-see on any Christian tourist’s itinerary, along with the Mary of Nazareth International Center opened in 2010, offering an audiovisual journey into the life of the Virgin Mary and the roots of Christianity.

Complete with meeting rooms, prayer spaces, a cafeteria and gift shop, “Mary’s Center is an awesome place,” Aburass tells ISRAEL21c. In December, the city is ablaze with lights and decorations, a warm setting for the annual liturgical music festival and Christmas marketplace. The city also hosts a yearly Ramadan festival for area Muslims. 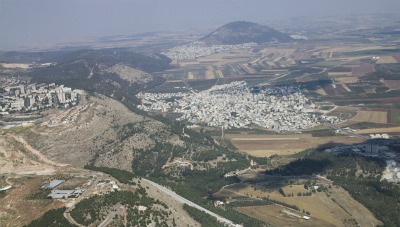 Jezreel Valley, Iksal village and Mt. Tabor, as viewed from Nazareth. Photo by Mordagan/Ministry of Tourism

About two-thirds of the 3.45 million tourists in Israel last year were Christian, many of whom took advantage of NCTA guided tours of many of Nazareth’s 30 churches and monasteries.

St. Gabriel Church of the Annunciation, near Mary’s Well above the underground spring that supplies it, is where the Greek Orthodox tradition maintains that the angel Gabriel revealed to Mary that she would give birth to Jesus.

Roman Catholics situate this event elsewhere, and accordingly built the Basilica of the Annunciation above the grotto where they believe Joseph and Mary lived. The present edifice was constructed on the ruins of churches dating back to Byzantine (324-634 CE) and Crusader (1095-1291) times, some of which are still visible. At this prime real estate spot, a $24 million commercial complex under construction will include a 186-room hotel with a rooftop restaurant overlooking the Basilica.

Nazareth Sisters Convent offers subterranean tours of ancient tombs, columns and houses in addition to guest rooms for pilgrims. The Crusader-era Synagogue Church, next to the Greek Catholic Church in the middle of the old market, is where Jesus is believed to have prayed and preached when it was a Jewish house of worship.

The Mount of the Precipice (officially Mount Kedumim), at the entrance to the city, has resonance for Christians as the assumed site where Nazareth’s citizens dragged Jesus to throw him to his death. You can still see the remains of a Byzantine convent later established there. The Jewish National Fund built a wheelchair-accessible paved lane leading to an observation point at the crest.

New meets old on the hiking trails near Nazareth. Over the last four years, about 150 ecotourists from Israel and abroad have taken part in a six-week program based at Inon’s Fauzi Azar Inn. They help at the reception desk, teach English lessons, aid renovation projects and organize special events such as the recent Flavor of Nazareth featuring food from local restaurateurs.

One of their other jobs is sprucing up the 40-mile Jesus Trail leading from Nazareth to Capernaum. (The newly opened Gospel Trail, which covers similar ground by foot, bike or car, is another growing draw for tourists.)

Inon, a veteran backpacker, says that when he and his wife were in South America, “we learned that guesthouses create a venue for interaction between backpackers and local communities.” He saw Nazareth as “a triple-A location” for ecotourism of this nature.

“Our visitors stay at our inn in the Old City, so they have the chance to interact daily with merchants and neighbors and local staff to get a better understanding of this old Arab city.”

The historical Old City of Nazareth has been undergoing renovation and preservation for the past decade. Aburass recommends a tour of the Ottoman-era (1299-1923) private homes whose wealthy owners commissioned intricately painted frescoes on the ceilings.

The 17th century marketplace, a destination for villagers from across the Lower Galilee, has merchandise ranging from fabrics and spices to artwork. Within the market is the 19th century White Mosque, which doubles as an education and culture center including a museum on Nazareth’s history.

At the edge of the Old City, the Galilee Mill sells more than 1,000 varieties of spices and herbs. The mill was built by German Templars at the end of the 19th century. Potters turn marl clay into vessels at the Ceramics Workshop, a family factory dating from the early 1900s. Visitors are invited to try their hand at the craft.

Nazareth Village, opened several years ago, provides a taste of everyday life in Jesus’ times. Demonstrations of ancient agricultural and building methods, olive-pressing and cooking are led by “villagers” in period costume, some of them ecotourists. At night, guides give tours by oil lamp, and at holiday times the site hosts special shows. 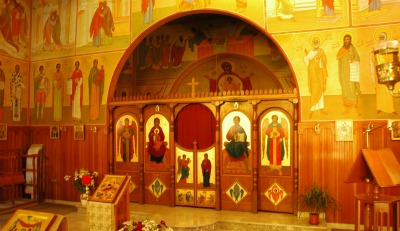 The Greek Orthodox St. Gabriel Church of the Annunciation. Photo courtesy of Israel Ministry of Tourism
UNCOVER ISRAEL - Get the ISRAEL21c
Weekly Edition free by email
Sign Up Now!
Bring Israel's story to life.
Millions of people around the world rely on us to gain a deeper understanding of Israel. We are the trusted source for original content you won't find anywhere else.
You can make a difference. Donate today to support journalism that brings Israel’s story alive.
SUPPORT ISRAEL21c
Read more on:   Travel