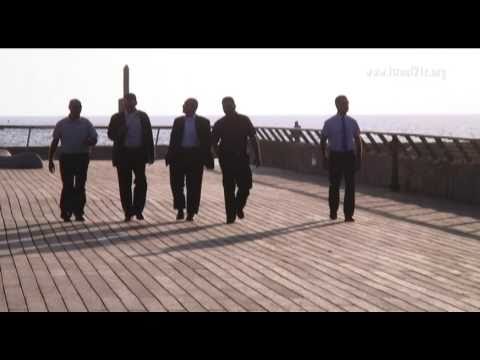 Tel Aviv’s restored port has become the city’s entertainment hub, with trendy shops, bars and cafes. That it recently won a prestigious European landscape prize only adds to its appeal.

No matter the time of day, there are always people at the Tel Aviv Port. The once derelict docks have become an epicenter of entertainment for residents of the city, with bars, restaurants, shops, and a long wooden boardwalk beside the Mediterranean Sea.

Tel Aviv port in the north of the city was constructed in 1936. It closed in 1965, and then remained abandoned for 40 years. In 2000, the Tel Aviv Port Management awarded Mayslits Kassif Architects with a contract to turn the area into a public space.

“We wanted to create an “un-programmed” space… a stage for local culture, a place which actually grows… new local culture,” says Ganit Mayslits Kassif, of the Israeli husband-and-wife architects team. 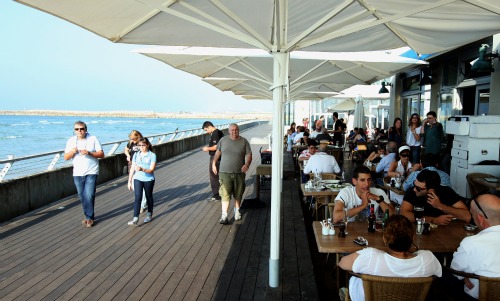 Photo by Moshe Shai/Flash90
Once derelict, Tel Aviv port is now an epicenter of entertainment for tourists and locals alike.

And that’s exactly what the firm did.

With a budget of $5 million, Mayslits Kassif Architects took five years to develop the port project. In October 2010, the architects won first prize at the European Biennial of Landscape Architecture for their redesign.

In addition to the day entertainment, the Tel Aviv Port is also the busiest nightlife area of the city. This is where Israel’s famous actors, models, athletes and celebrities, as well as local residents, visitors from other parts of the country, and foreign tourists come to eat, drink and mingle. The Tel Aviv Port is now a “must-see” for all ages.